It's been a little while since I did my last round-up of new gluten free finds, hasn't it!? I feel like things have got a little quiet on the supermarket front. Perhaps they're busy working away on the, dare I say it, Christmas lines? But enough of the c-word already, because there are still plenty of new gluten free goodies out there for you to try!

Here's a little round-up of some of the best new gluten free products I've spotted around UK supermarkets in the last couple of weeks. Anything I've missed? Let me know in the comments! 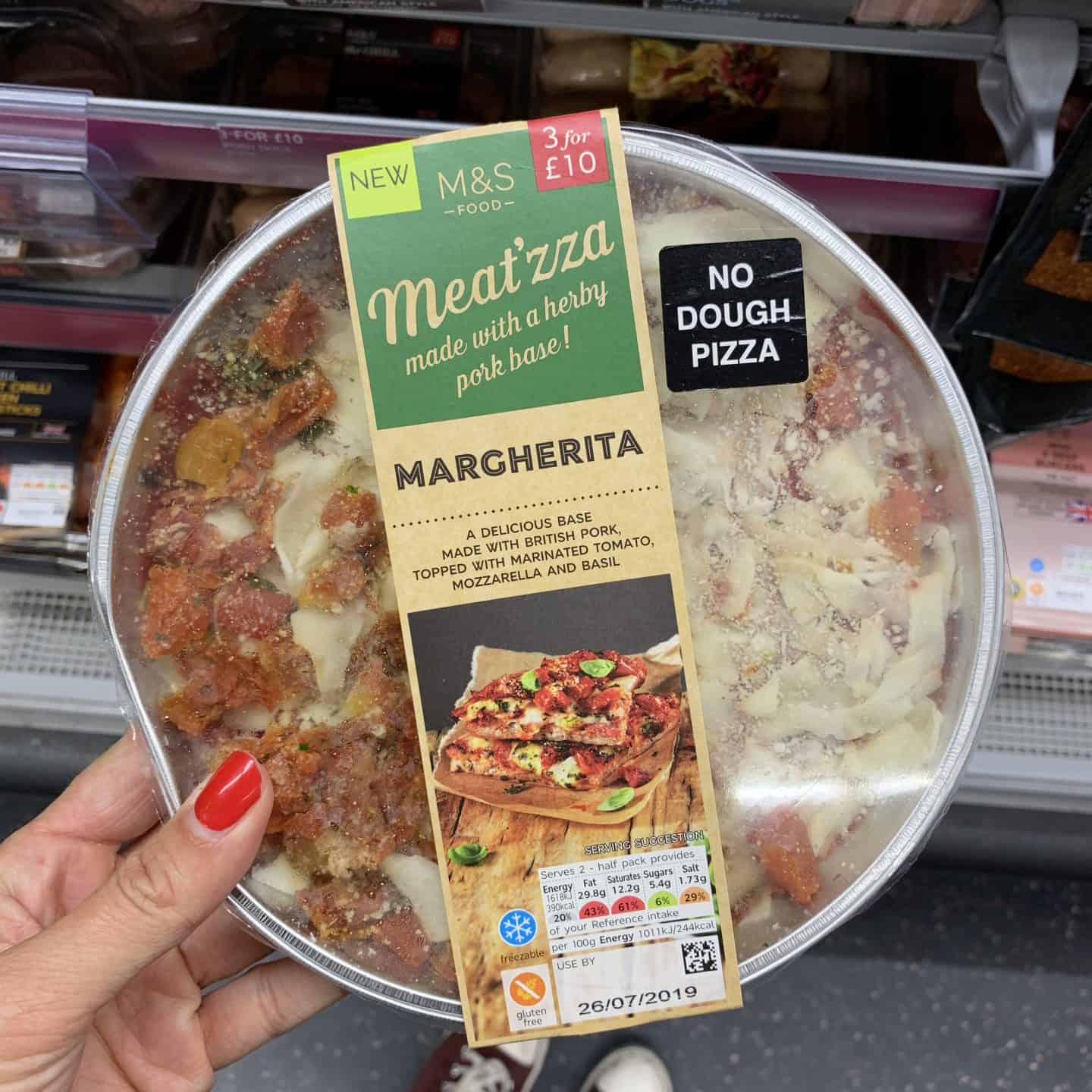 Well, for anyone who wants to get some extra protein in, this is the pizza - or should I say 'meat-zza' for you! This gluten free margherita meat-zza has a pork base and is gluten free. There is also a... 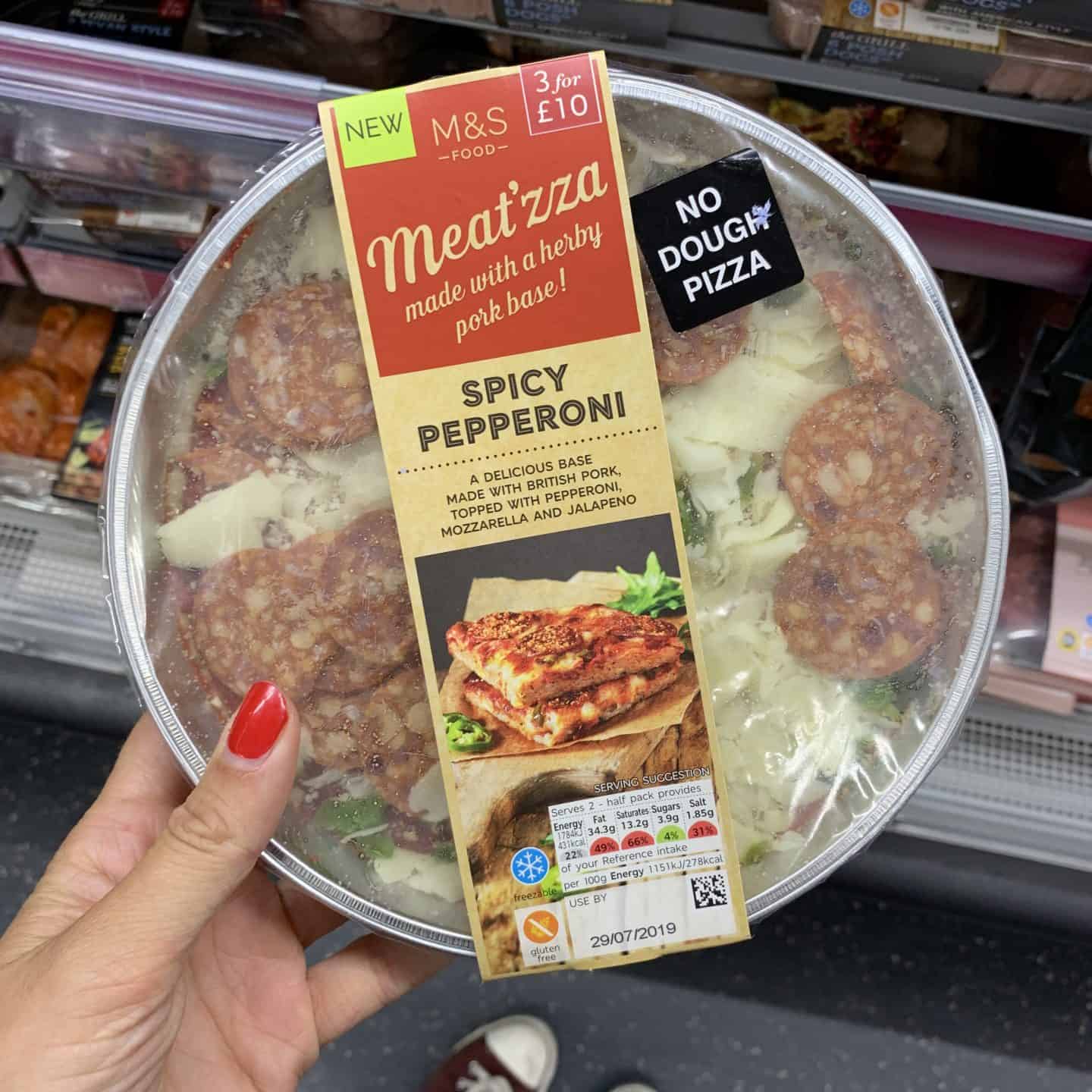 A gluten free pepperoni version of the meat-zza too! Again this one has a pork (sausage meat-type) base and is loaded with cheese and pepperoni. I'm certainly intrigued to try them! 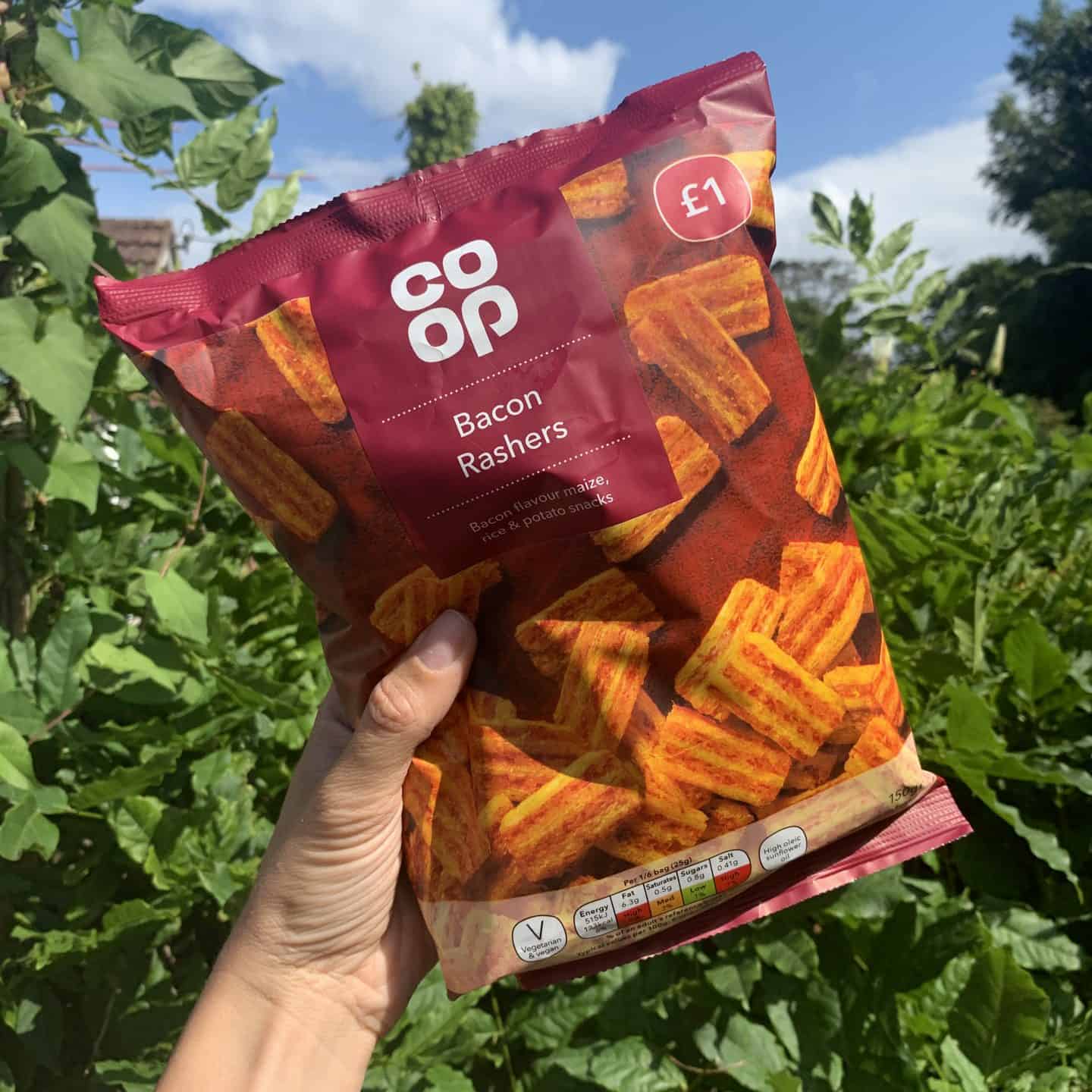 I had a little wander around CoOp this week and found much to my delight these bacon rashers were gluten free! They're just like Frazzles. A great alternative, though I found the flavour a bit weaker than the Sainsbury's version I found a few weeks ago. 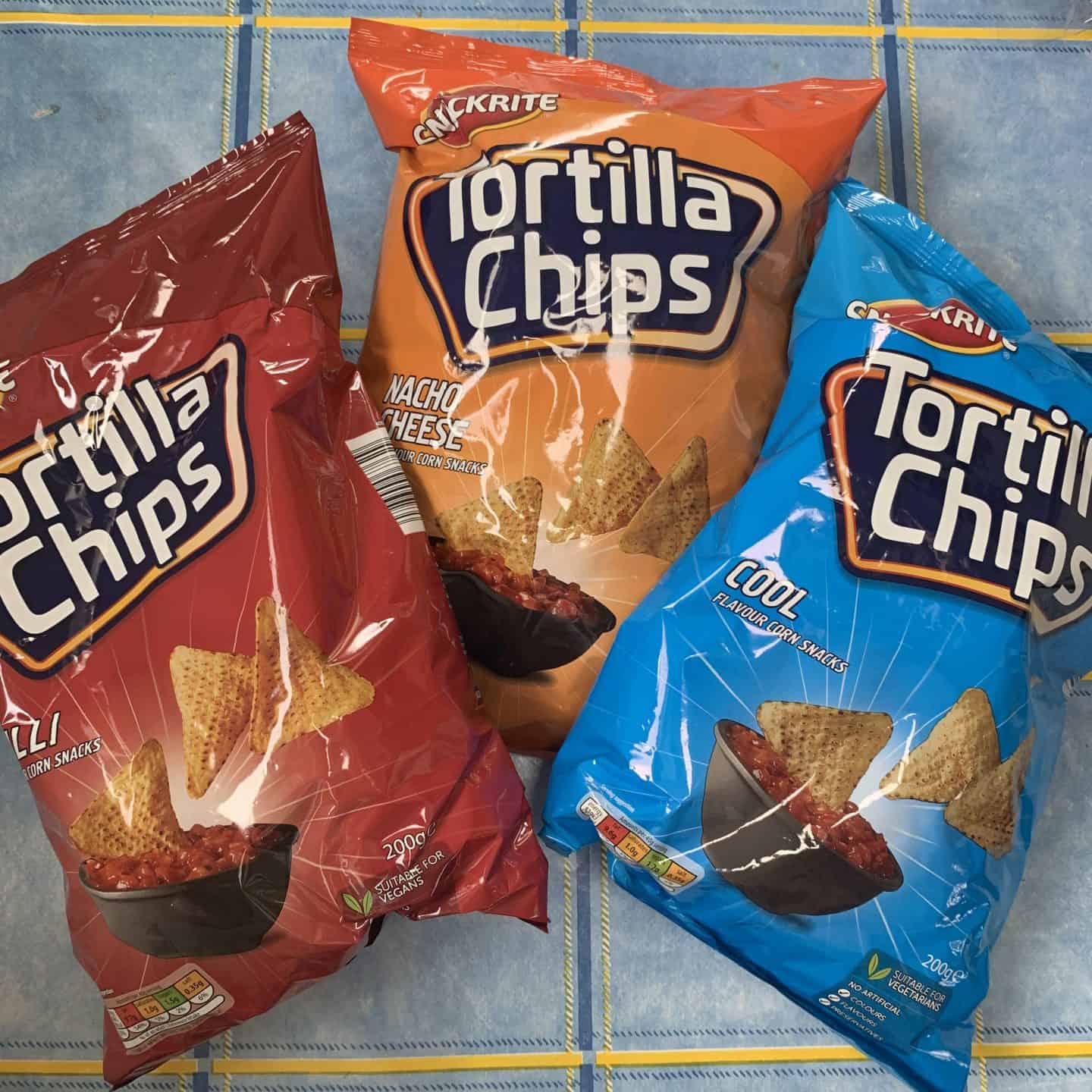 I went into Aldi to check out the Special Buys this week and didn't find anything interesting - I was most impressed with these gluten free Tortilla Chips (in the normal crisp section). I miss Doritos A LOT but these are a fairly good replacement. They don't taste as strong, but are still alright! 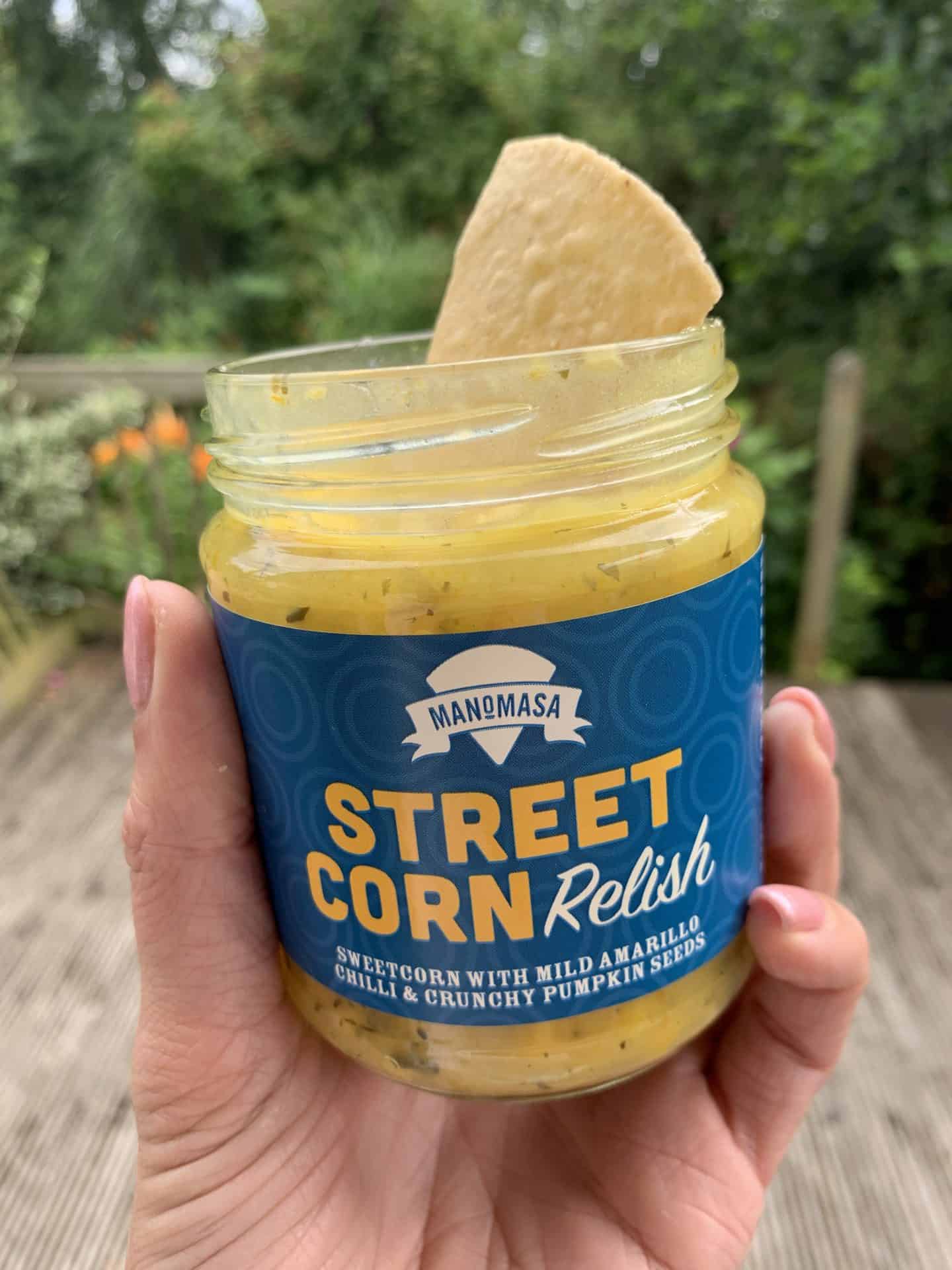 I was sent some new dips from Manomasa recently and only just broke this one out to try - it's amazing! It kind of reminds me of Piccalilli, it's sour and tasty with a bit of a kick. Nice to have something different to dip my chips into because I'm not the biggest fan of salsa. 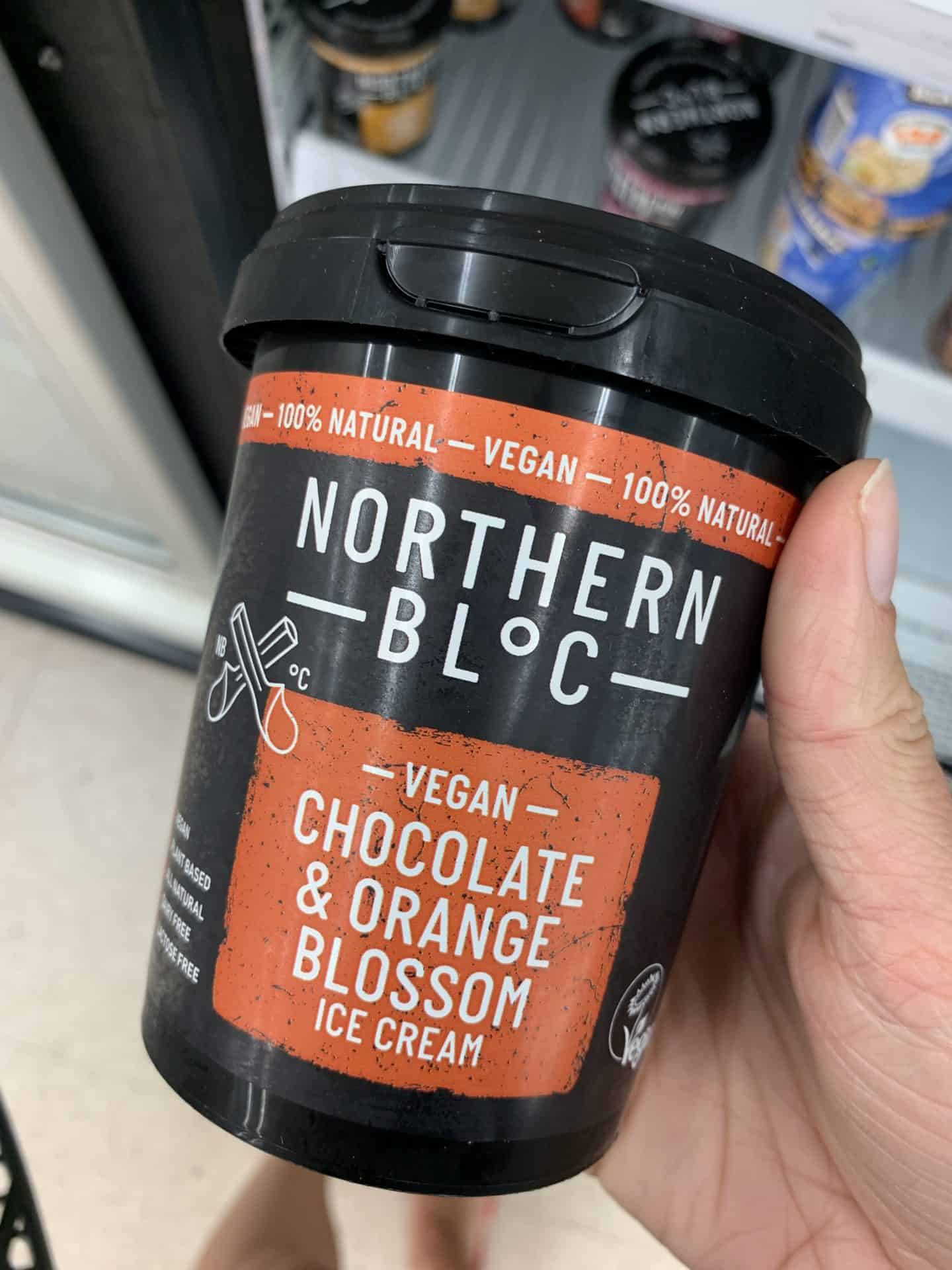 I love Northern Bloc's ice-cream and their vegan range is lovely (as featured in my gluten and dairy free ice-cream guide here!) This chocolate and orange blossom one looked particularly tasty - I found this in CoOp. 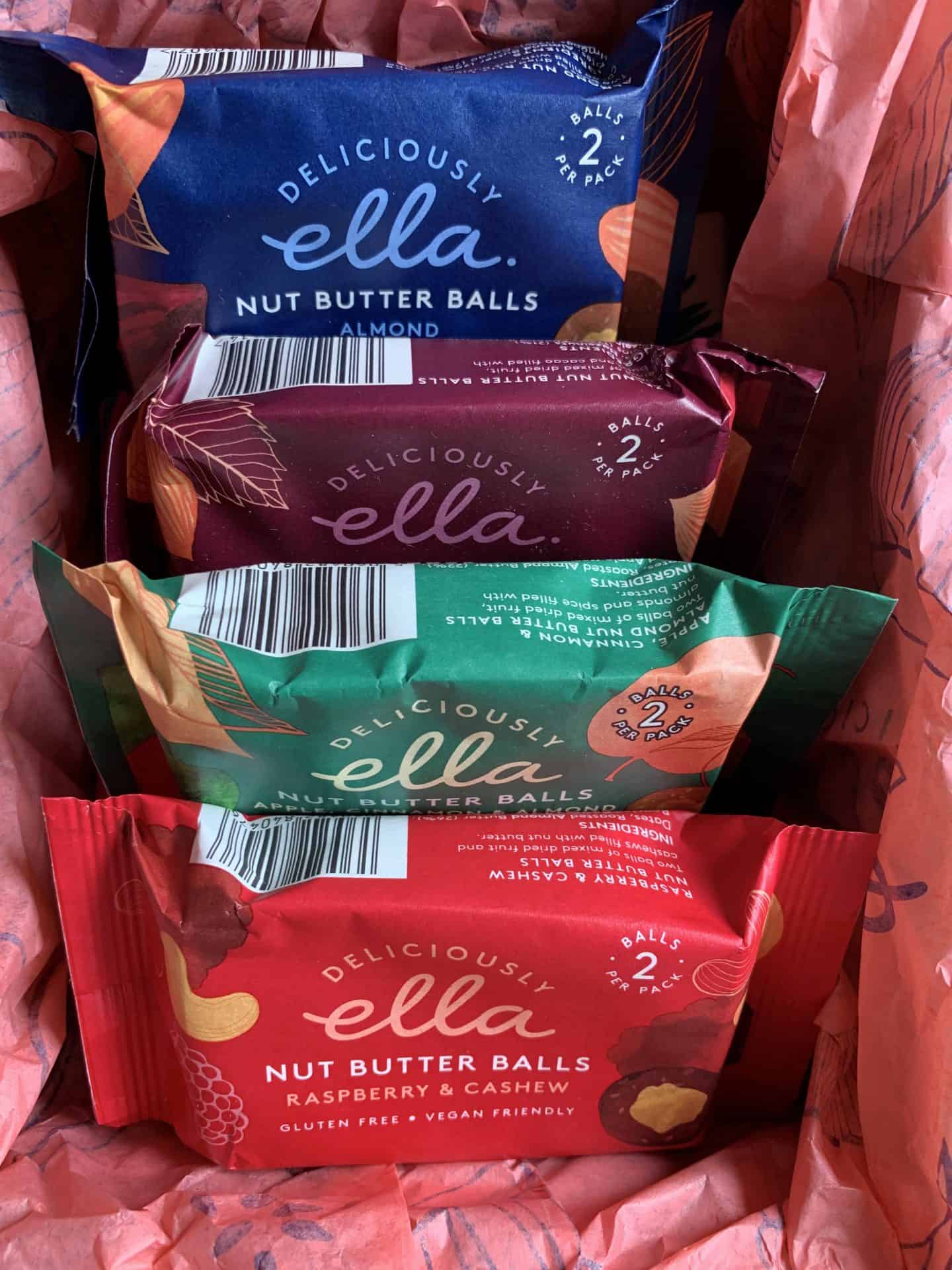 I was sent the two new flavours of Deliciously Ella's Nut Butter Balls to try and I love them! I had already tried the hazelnut and almond ones from Holland and Barratt but thought the new flavours were really interesting. There is now a raspberry & cashew one and an apple, cinnamon & almond one to try as well. 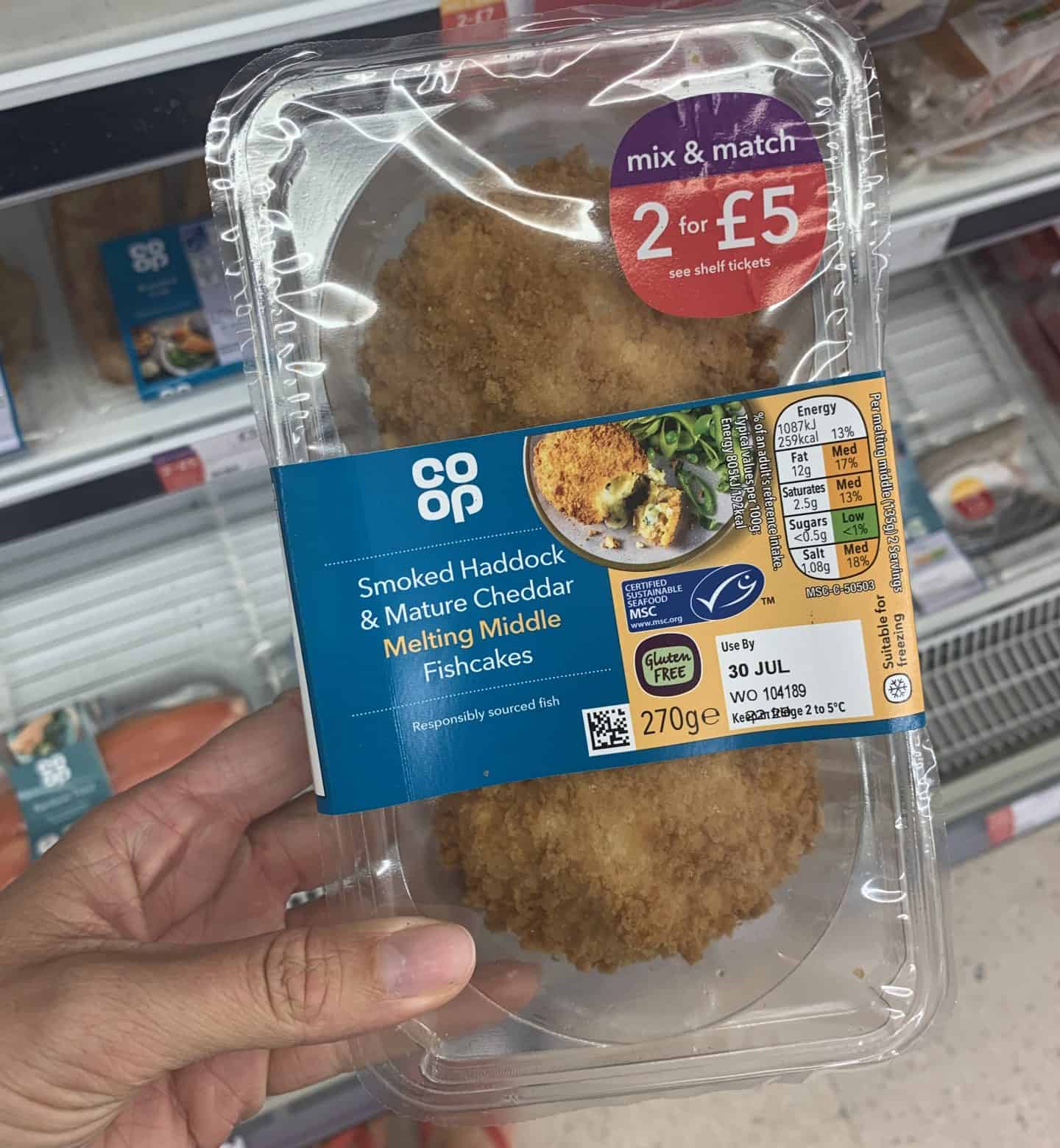 Find new gluten free products is great - but finding them in the 'normal' aisles is even better! I was really pleased to see the clear 'gluten free' labelling on these CoOp Smoked Haddock & Cheddar Melting Middle fishcakes! I also found... 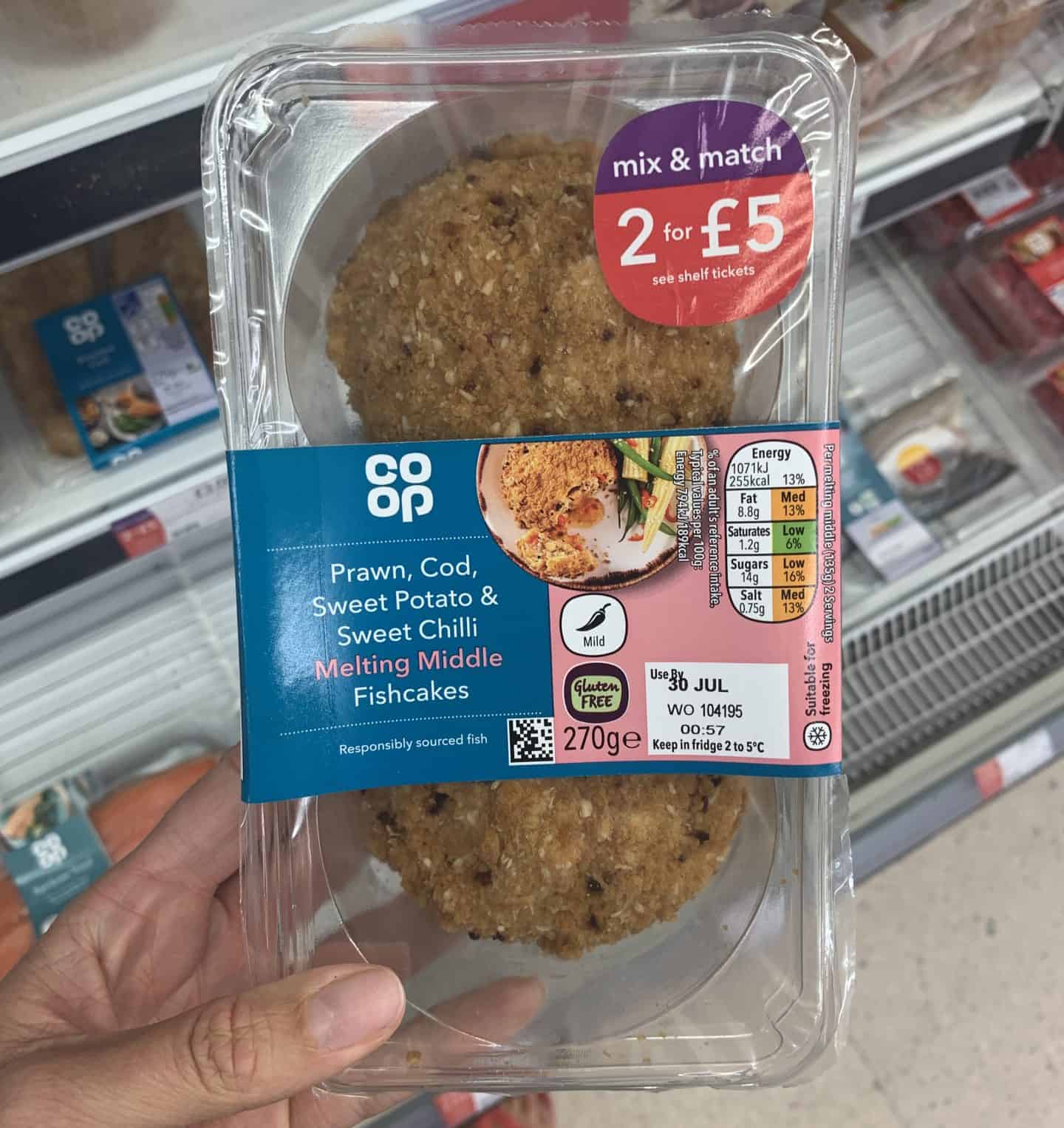 These prawn, cod and sweet chilli melting middle fishcakes from CoOp were also marked as gluten free and they were delicious. I really loved the flavour combination and the lovely sweet chilli sauce centre. Whole prawns too!

I've always been a HUGE fan of Pieminister's gluten free pies (found in Sainsbury's) but I love them even more for their new packaging! The pies are the same great varieties but they're now in plastic free packaging which makes them even better! I'll have to add them to my plastic-free round-up! 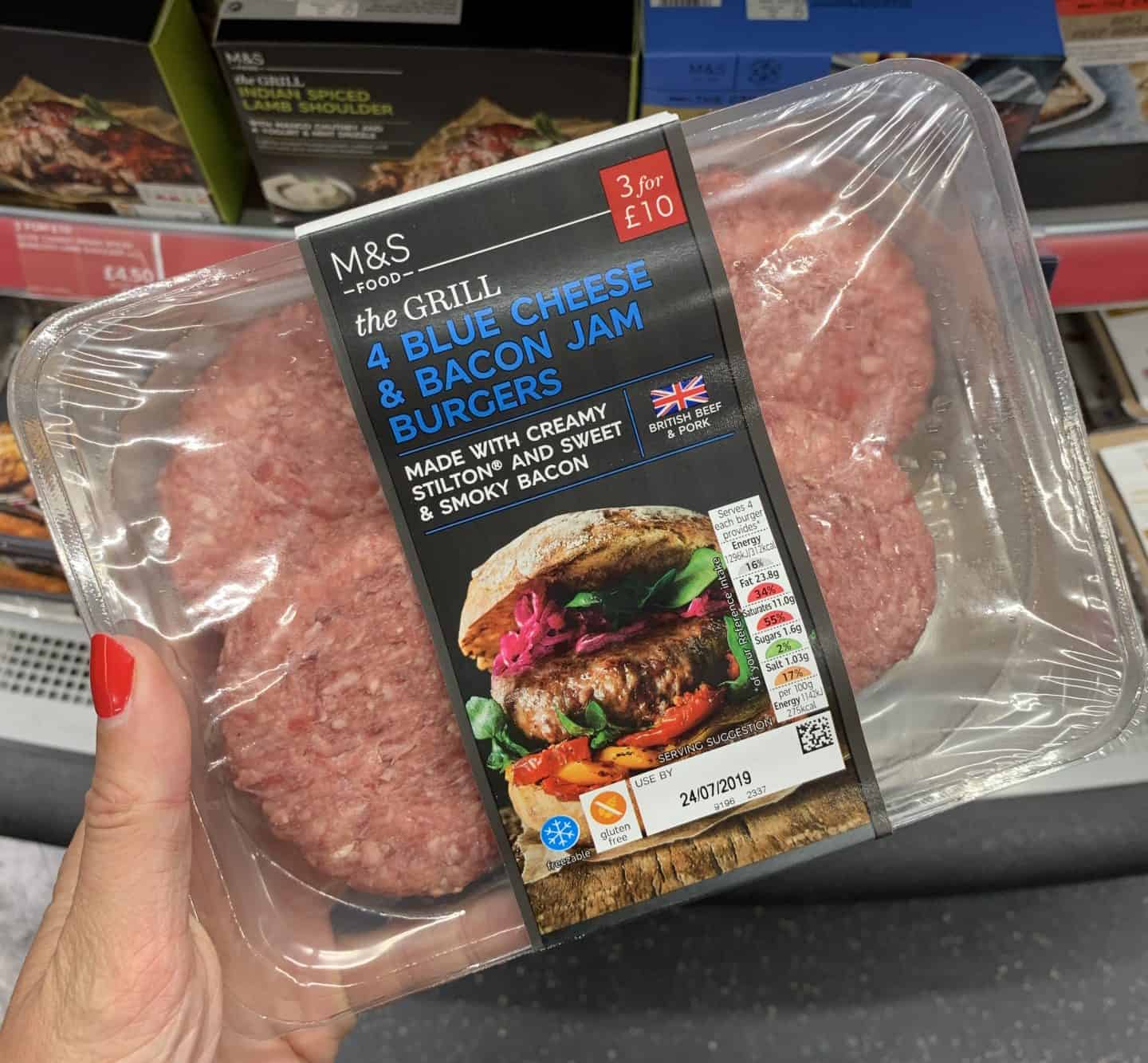 HOW amazing do these gluten free blue cheese and bacon jam burgers fro M&S sound!? They have loads of gluten free burgers and sausages in there and they're all clearly marked, but these sounded particular good! I'm definitely going to try them out! 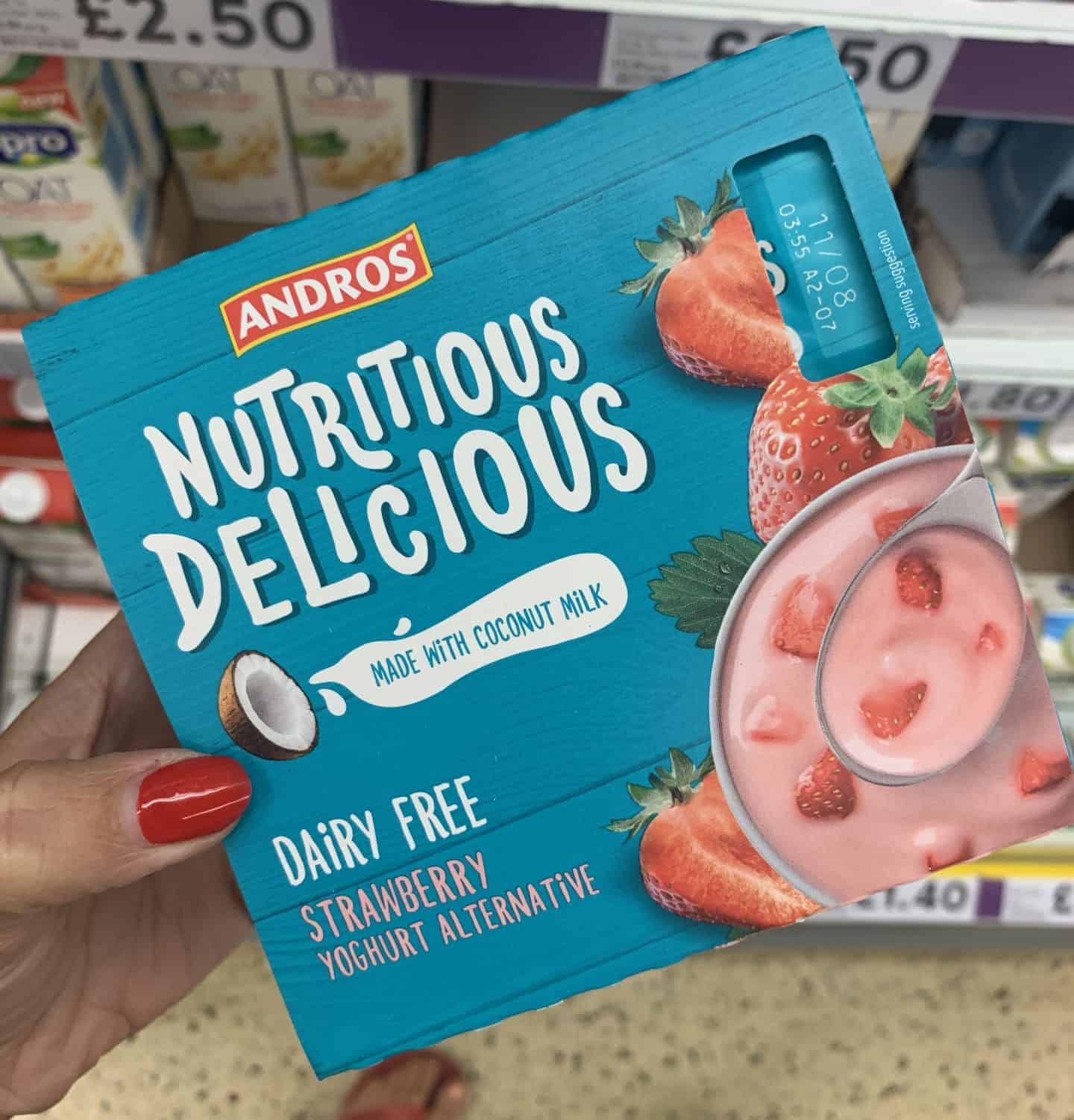 I spotted these dairy free yoghurt alternatives in Tesco and thought it was nice to see another dairy free option on the market. I've not tried them yet but would love to know if you've had them yourself. 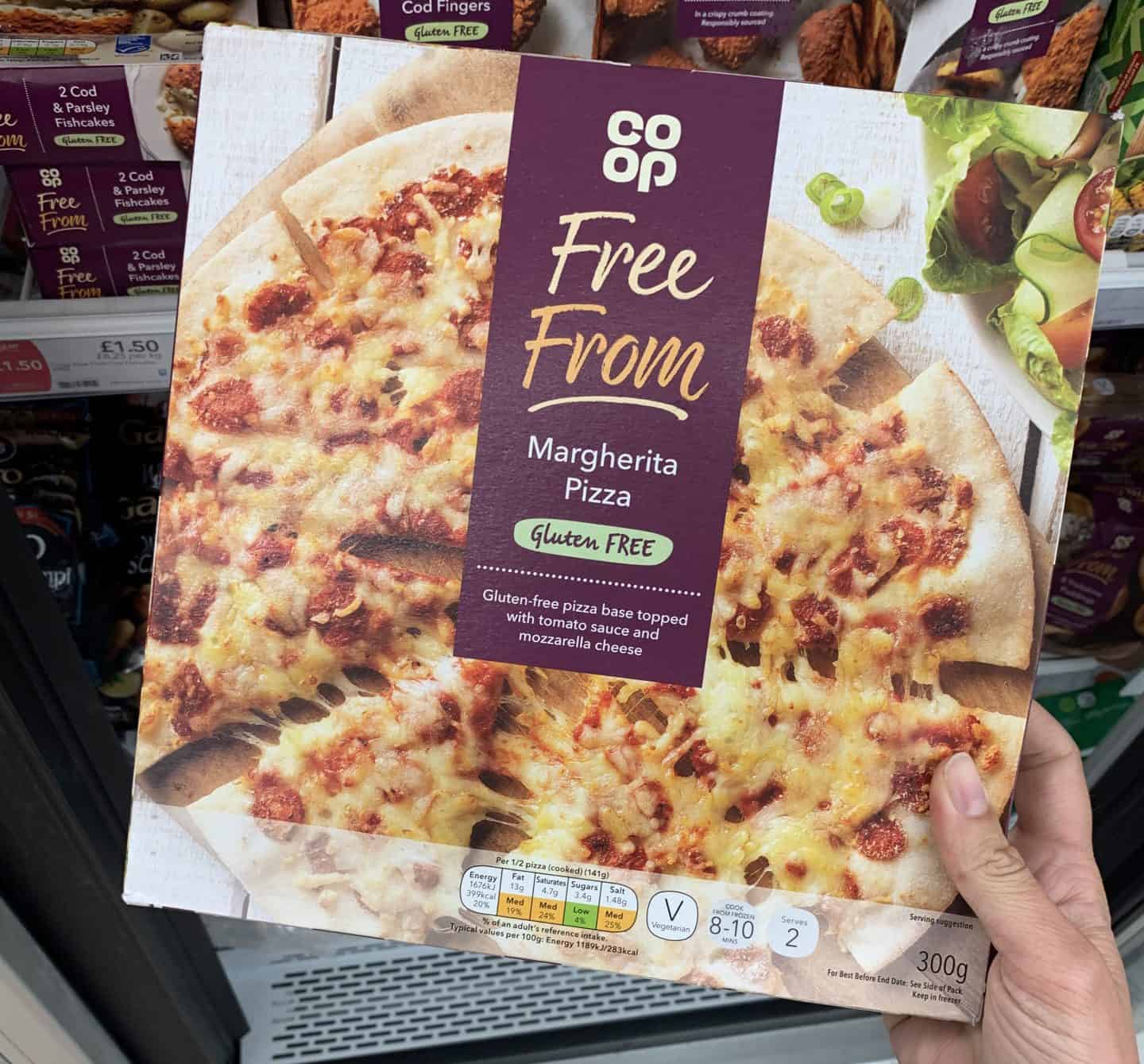 I was really pleased with the range of products in the frozen free from aisle in CoOp when I went this week. Lots of finds in there but this pizza looked lovely and a good size too! 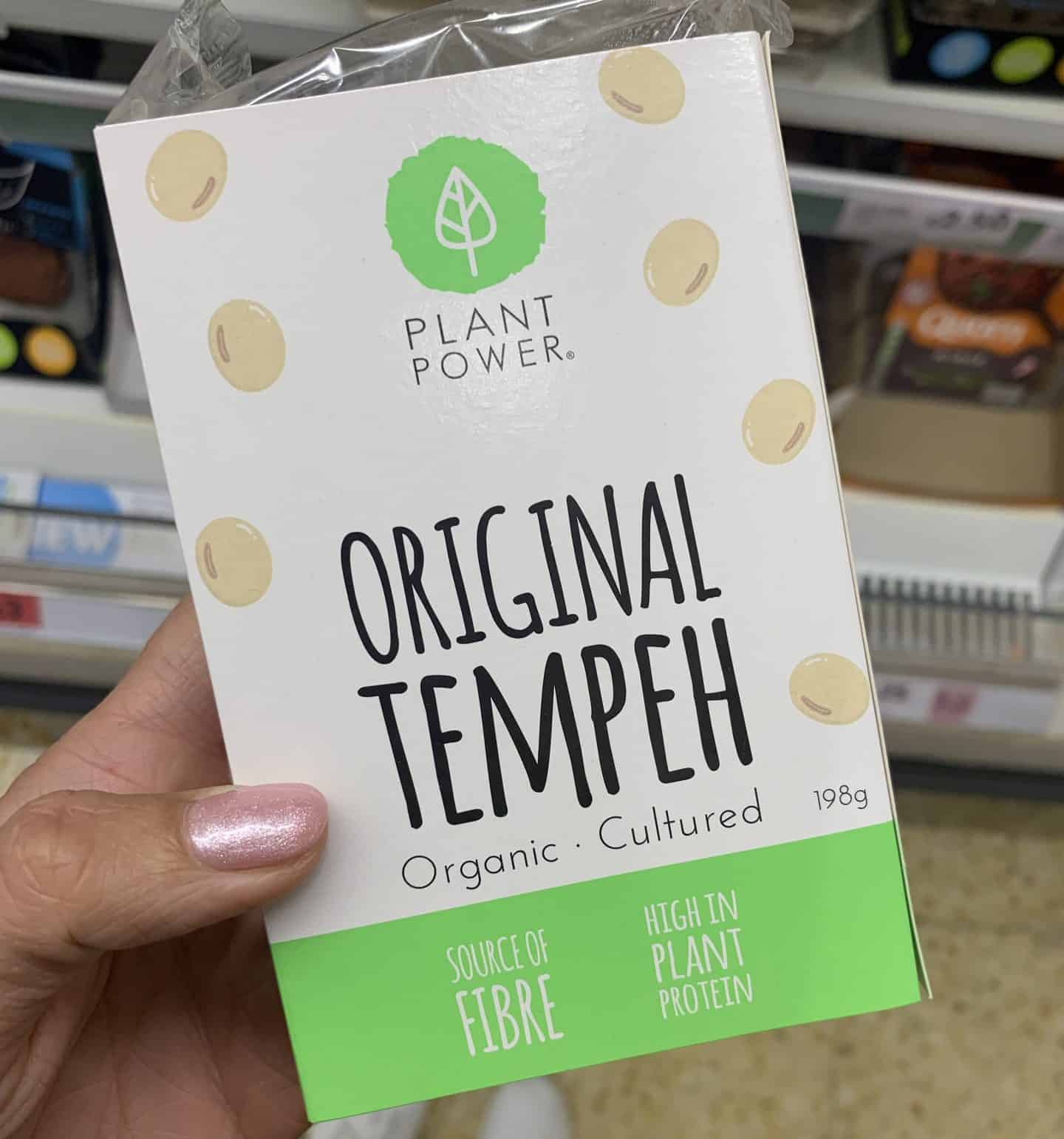 I've wanted to try Tempeh for ages so was really pleased to find this in Sainsbury's. I'm excited to see what I can make with it - I'd love to know your suggestions if you've cooked with it before! 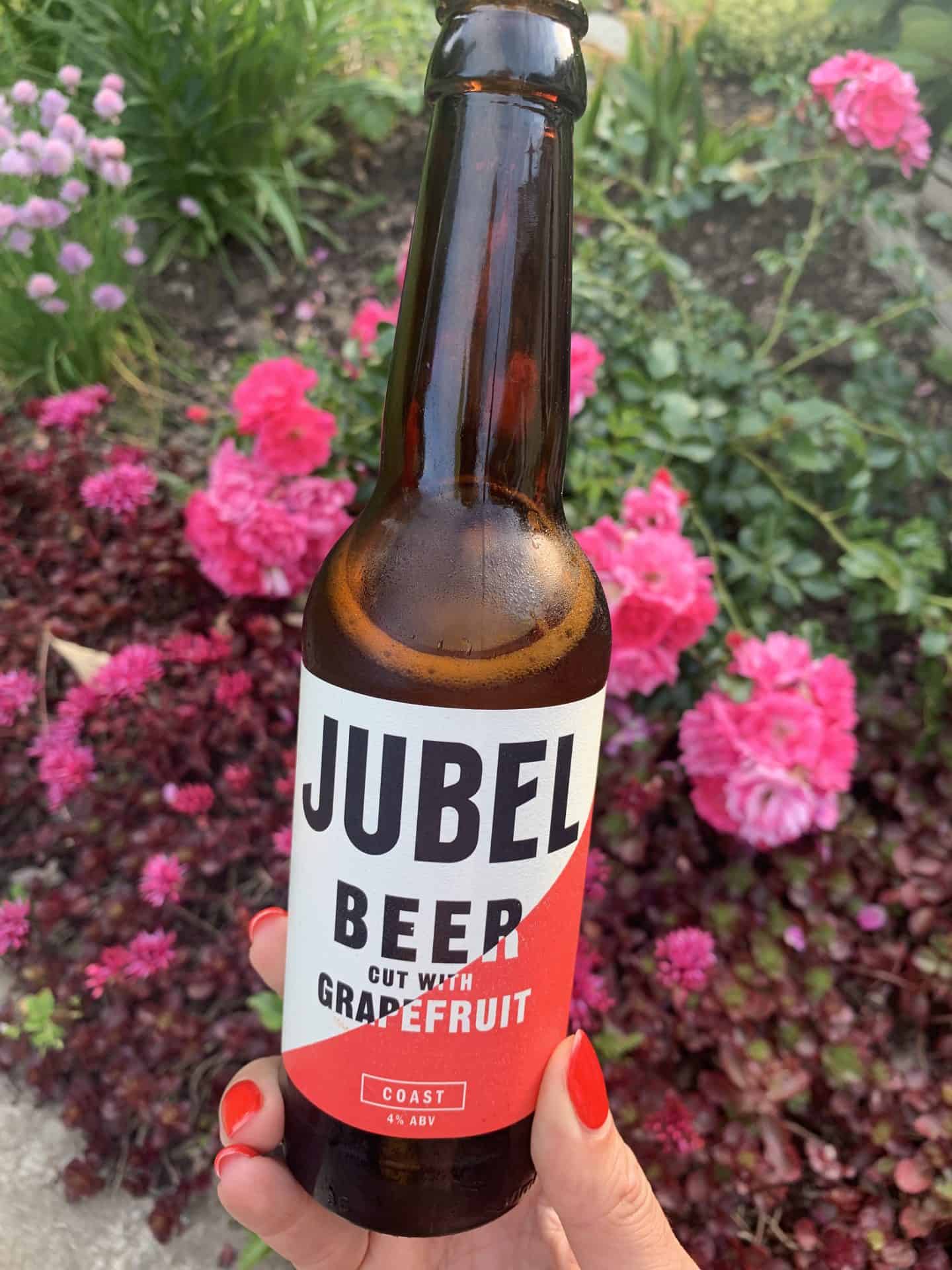 I love Jubel - its my favourite gluten free beer - so was excited to try their new grapefruit flavour. It's super refreshing and perfect on a hot, sunny evening! The other flavours are in Sainsbury's and there's a list of stockists for this one on the Jubel Facebook page. 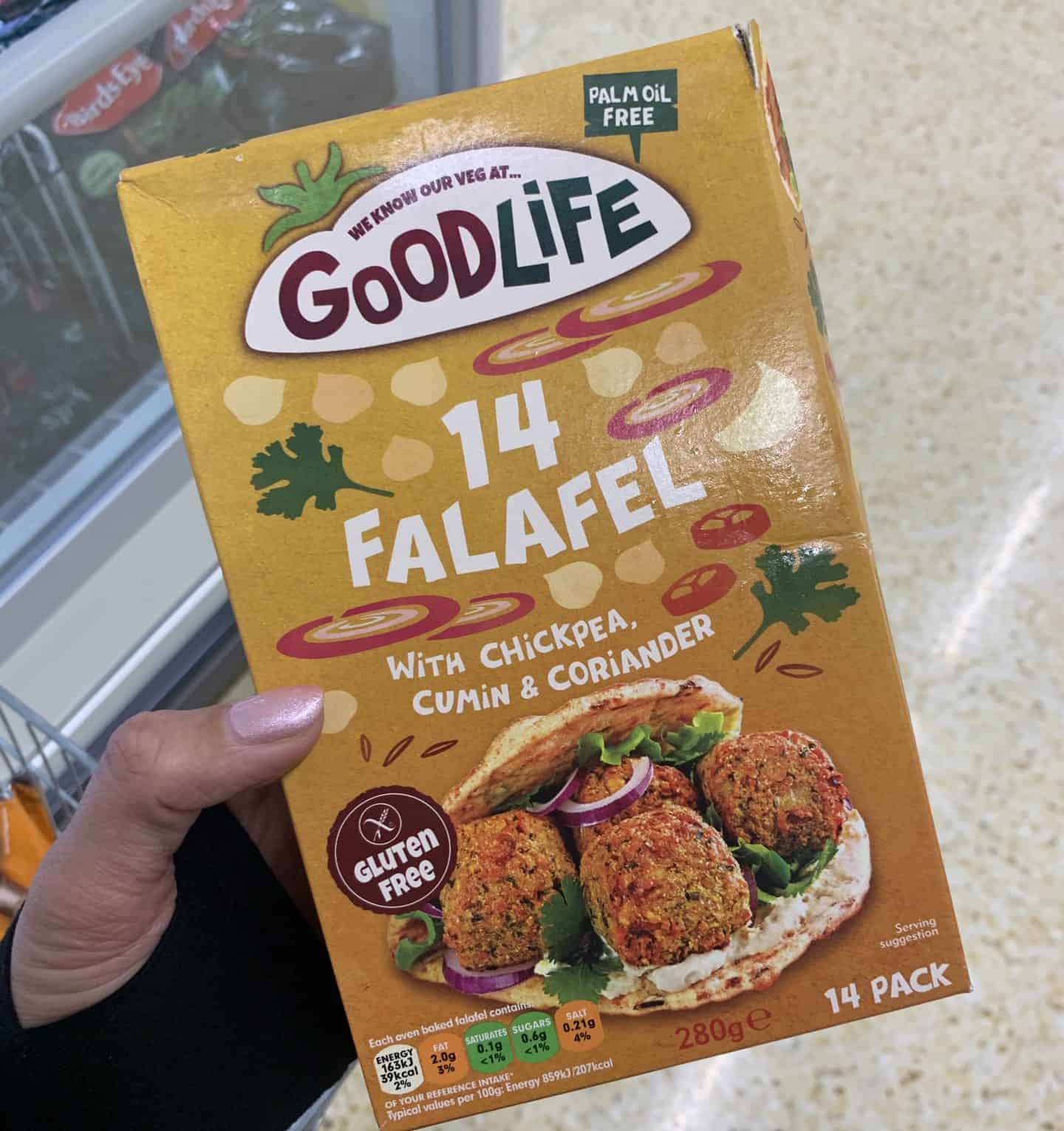 It really occurred to me this week how little frozen gluten free and vegetarian options there are in my local Sainsbury's store! However, these falafel from Good Life were delicious and have definitely been a lunchtime staple for me this week - very tasty.

Have you spotted any new gluten free finds on the shelves this week which I have missed? I’d love to know about them in the comments below! And let me know if you like these sorts of round-ups – if you find them helpful then I’ll certainly try and do more of them! Here’s some other posts you might find helpful, funny or interesting!