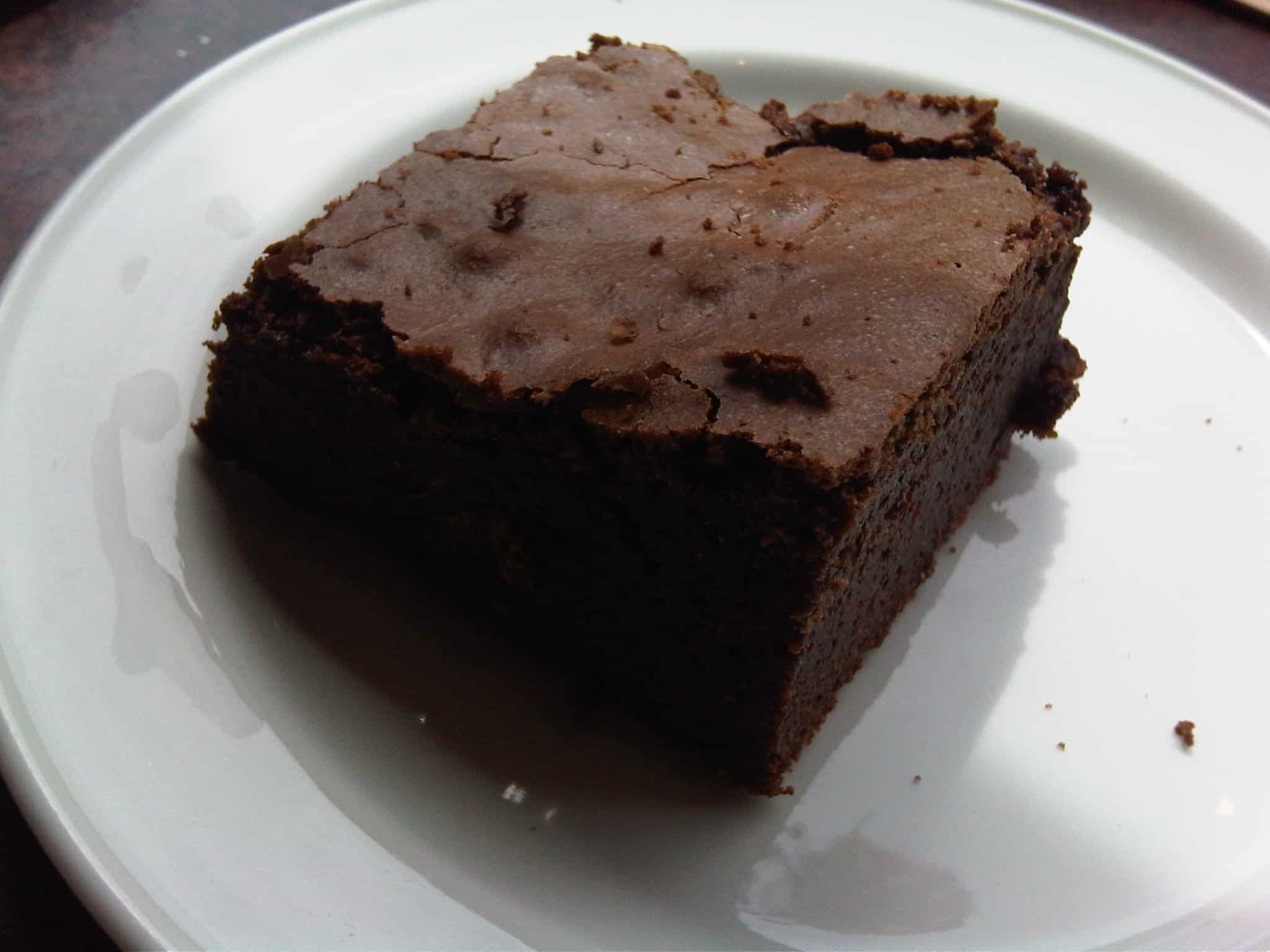 Take Starbucks for instance, where the new Genius Gluten Free tuna-mayo sandwich has been so popular, that they've launched a cheese and coleslaw version.

But it's not just Starbucks that is paving the way to gluten-free coffee lovers' heaven! Costa Coffee offer a gluten free choc brownie option, and I was very impressed with Boston Tea Party's CHOICE (a novel thing for a Coeliac!) of cakes! Gluten-free chocolate brownie or gluten-free orange and almond cake? I was spoilt for choice indeed!

With a growing list of alternatives for those avoiding gluten, the chain coffee stores that crowd the highstreets are beginning to become Coeliac-friendly.

And they're not the only ones, as my biggest revelation and excitement stemmed from looking at a Wetherspoons menu! Not only is everything on the menu now clearly marked (with the option to get a gluten-free alternative instead of skimping out, such as replacing a naan with extra poppadoms) but there is now a growin number of gluten free meals on the cards. 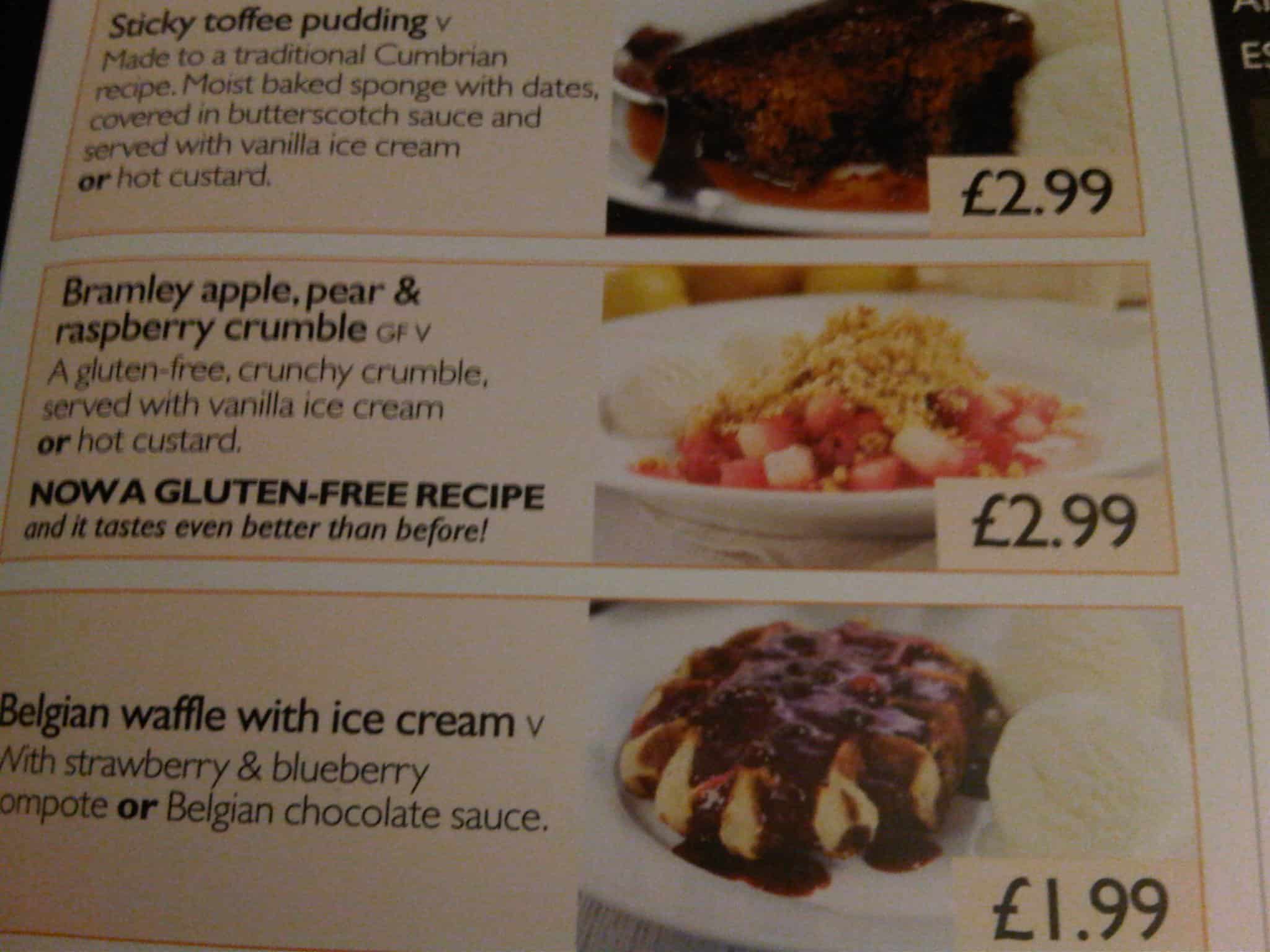 The new Wetherspoon's menu put a smile on my face!

And most importantly, a dessert!

It was only a few months ago I was moaning to my boyfriend that although the menu's were labelled, there wasn't a dessert I could eat. But the Apple, pear and raspberry crumble - now totally gluten free - has changed that, and I can't WAIT to go and try it!

Not to mention the growing "Free From" products produced by the supermarkets, there really is a vast awareness and, more importantly, understanding of food intolerances in the air.

I felt it was time to give these stores some credit, and to keep my fingers crossed that this gluten-free revolution will get bigger and better!