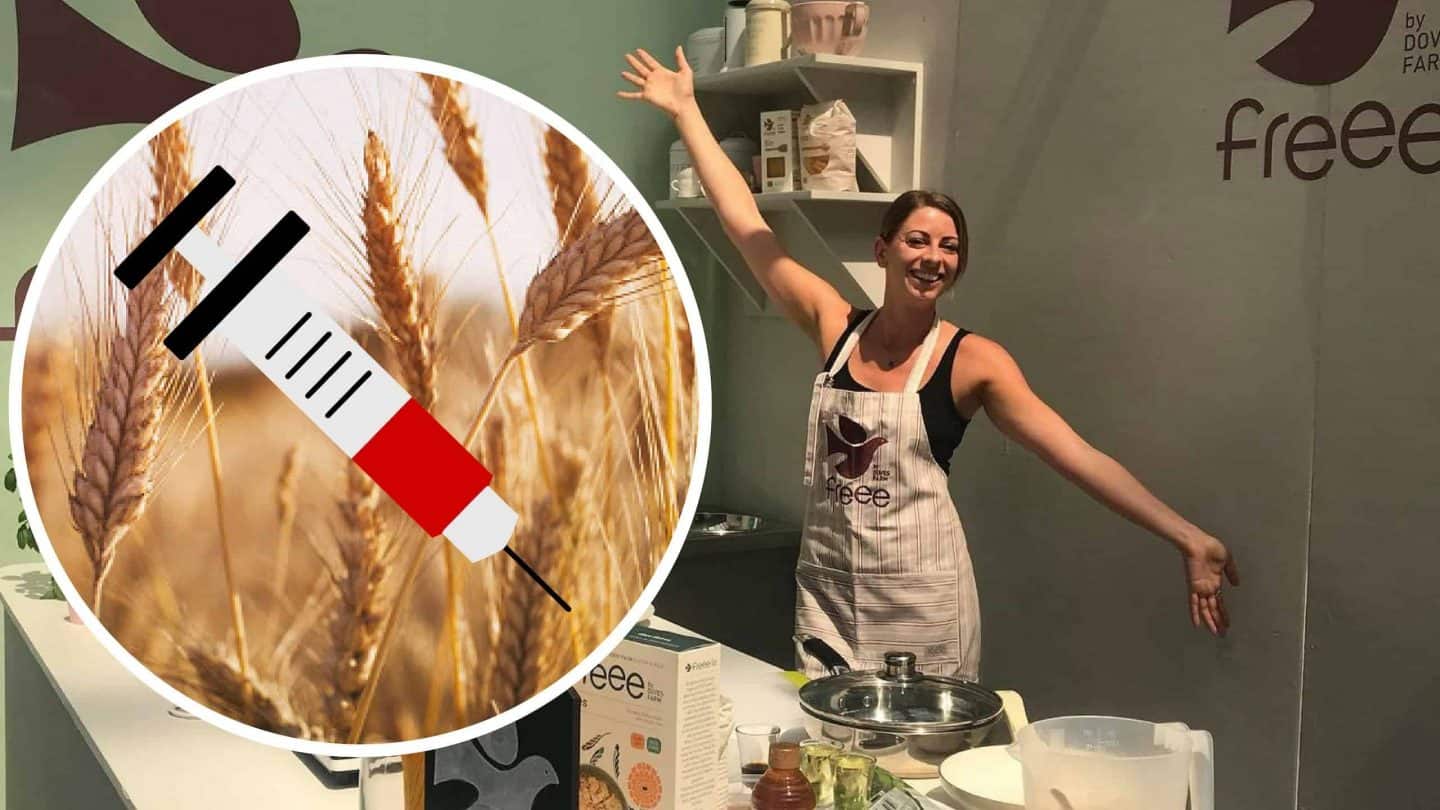 I’m pretty sure everyone reading this, at some point, has wished for a cure for coeliac disease. So when the news broke this week that a coeliac disease vaccine was entering phase two clinical trials in Australia, there was a lot of buzz about it in the gluten free world.

Word first spread of this vaccine being trialed earlier this year, but it seems these phase two trials indicate it could be one step closer to a reality for people with coeliac disease.

What is this vaccine for coeliac disease and how does it work?

The Nexvax2 basically aims to re-programme the immune system response to eating gluten in people with coeliac disease. To put it bluntly, when someone with coeliac disease eats gluten, your gut FREAKS OUT. It basically triggers a response where the body attacks itself. Hence why you feel like crap – and can cause long term, serious health issues.

So far the only ‘treatment’ for coeliac disease has been a strict gluten free diet. That’s right, not even a crumb of cross contaminated gluten must pass these lips. But how will this vaccine change this if it is successful?

The new vaccine against coeliac disease being trialed would mean that people with coeliac disease can once again eat foods containing gluten. The doctors behind the research says it will basically ‘retrain’ the immune system to learn to develop a tolerance.

So where is this coeliac disease vaccine at?

Currently the people behind the vaccine are recruiting 150 patients with coeliac disease from across the US, Australia and New Zealand for the trial. Every one of these patients will receive either the vaccine or a placebo, and then undergo food challenges. This will see how effective the vaccine is.

The research in Australia is being led by  the Walter and Eliza Hall Institute’s head of coeliac research and gastroenterologist at the Royal Melbourne Hospital Dr. Jason Tye-Din.

According to Medical Xpress, he said the vaccine would target 90 per cent of coeliac disease patients with the HLA-DQ2 genetic form of the disease (whatever the hell that is) and that a successful therapy would ‘revolutionise coeliac disease management’. You can read more of what he had to say here.

Would I try the coeliac disease vaccine?

To be honest, I am really not sure! For me, and particularly with running this blog, have coeliac disease and being on a gluten free diet is kind of a huge chunk of who I am. Would I love to be able to stuff my face with extra large pizzas and Krispy Kreme donuts? Absolutely. Would I be paranoid about the long-term effects of the vaccine and whether it was secretly not working? Probably. Would I be too scared to actually have an injection? Sure!

For me, despite the fact this has been a decade in the making and has now entered this trial phase, I’m not entirely sure I would trust it. And you know what? It might be a bit controversial, but I actually kind of like being on a gluten free diet. Sometimes it frustrates me but most of the time, I eat much better because of it. It’s given me a much more in-depth knowledge and interest in food and if I didn’t have to check ingredients lists all the time, I might not care so much. And that kind of worries me.

I feel like despite the fact this vaccine is in a trial phase, it still potentially could be a long way off. I don’t want anyone getting their hopes up their coeliac disease will be cured next year and they could be stuffing their faces with crusty baguettes. But for those who are really struggling, perhaps this can provide some comfort there’s something round the corner.

What do you think?

I asked you guys on The Gluten Free Blogger Facebook page what you thought and there was a real mixed bag! It was great to see so many people joining the debate. A lot of the ‘long termers’ like myself, who have been gluten free for 10+ years, were wary. “ I’d want an antibody test(s) after eating gluten to make sure. I’d be one of those annoying paranoid patients who keeps coming back for an antibody test or biopsy just to make sure,” wrote one person.

Another said: “I would definitely be interested in learning more about it, although right now I’m apprehensive. It would be great to even have something that would mean we could eat and not worry about cross contamination or could indulge in an occasional non gf treat, but I think I’d be too anxious to give up the gluten free diet outright.”

And another said: “I have never felt better in my life since going gluten free – I’ve lost 25kg all because I’m not eating foods my body can’t digest… and yet I’m eating more than ever before. I wouldn’t have the vaccine even if you paid me!”

But there were many people who were delighted at the prospect! One said: “ Definitely, the thought of paying less for decent food, and having the freedom to eat out without concerns is more than enough of a reason to try!” Another user commented: “I’d totally be up for it – miss too many foods and because I’m not a fussy eater I really hate that coeliacs makes me appear one. The sooner the better for me!”

I also ran a poll on Twitter, and here’s the results…

If this vaccine for #coeliac disease ever ever became available, would you have it??

Tell me your thoughts on the coeliac vaccine!

It seems that the cost of free from food, missing out on social occasions, eating ‘real bread’ and struggling to find inspiration with gluten free foods were some of the main reasons people would jump at the chance of a vaccination for coeliac disease.

But for me, I think I will remain apprehensive and watch from afar. I’m very interested to see how this vaccine develops but personally I am at a stage where I am happy with my gluten free life and I’m not sure I’d want to change that. But who knows what the future will bring!

I’d absolutely love to know your thoughts on this coeliac disease vaccine – if it became available, would you have it? Comment below and let me know what you think!