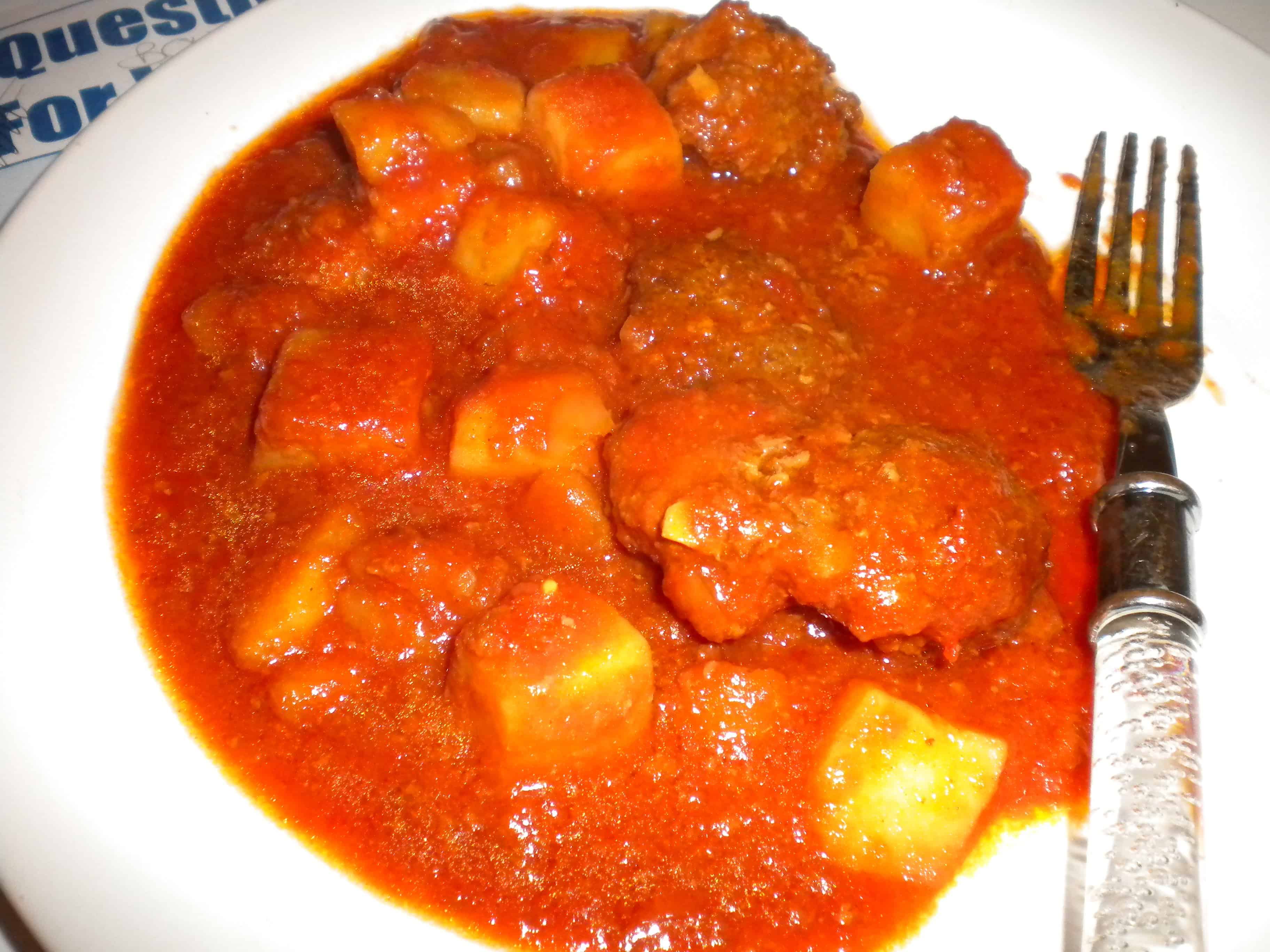 When I saw Sainsbury's Freefrom Beef Meatballs on the shelf, I just had to have them! I'm a complete sucker for meatballs (of the food kind - thankyou for your smutty jokes Miss Welland!), and whilst I usually love making my own super-garlicy ones with pasta, I decided that I would give these Spanish ones a go.

The packet contains one of your five a day, and even though it wasn't a massive portion, it made a yummy between-meals snack. Ok, so it was rather a large snack, but had I cooked up some extra veg to go with it, it would have done a meal!

The packet describes the meal as: "Spiced with red chilli and smoked paprika. Gluten, wheat and dairy free beef and paprika meatballs with chunky potatoes in a tomato sauce."

There was substantially more sauce than anything else, but then, this is something I have come to expect with ready meals anyway. The pack contained four generous sized meatballs and chunks of potato.

The sauce was delicious and rich with flavour. The hint of red chillies provided a mild spiciness, and the paprika gave it an individual, smoky taste.

The meatballs were made from very fine mince, but were moist and tasty, and contrasted well with the potatoes. Overall the taste of this dish was wholly satisfying, but I would have preferred a larger portion! Maybe that's me just being greedy!?