Those of you who follow me on Instagram or Twitter will probably know by now that I am lucky enough to have a pretty damn good personal trainer for a boyfriend - and this year I finally committed to undergoing a body transformation with him. Which means for 16 weeks I have been training religiously six times a week, eating to a macro nutrition plan (i.e. monitoring calories through protein, fats and carbs) and spending four months glowering at anyone who dared to eat cake in front of me. I even gave up coffee - something anyone who knows me will be shocked to hear. And the end goal? To undergo a fitness photoshoot. 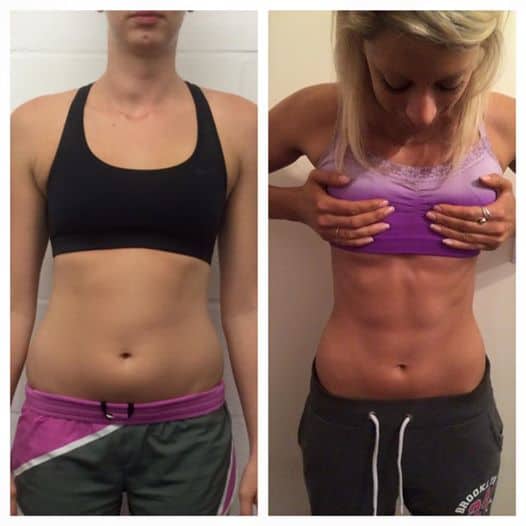 The picture on the left was me in August 2015. I hate it! I felt so bloated, didn't like my body at all. On the right is the night before my photoshoot. I'm not quite sure why I am holding my boobs (maybe trying to save what is left of them!?) but this was when I realised - #ohmygod- I pretty much had abs. I had actually bloody done it!

I've had quite a few people ask me how I did it, and it was really down to the knowledge, training, support and nutrition plans for Steve (aka Reform). He ran my 16-week programme like I was any other online training client, but the fact he could do this to me - his girlfriend who, quite frankly, rarely listens to a word he says -must speak for itself about what he can do!

So for those who are interested, here's a run-down of my 16-week prep - and the end results too! 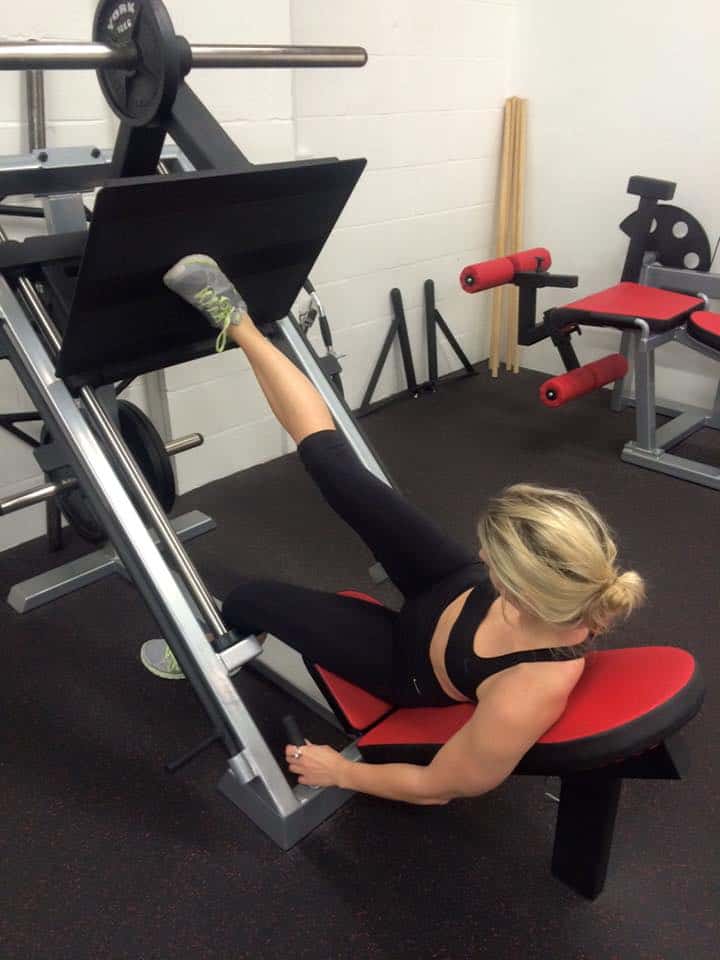 One of my favourites!

From the beginning, my plan involved weights-based strength training five times a week, and one day of interval training. Technically this interval day counted as a 'rest' day in terms of my nutrition, and normally involved 20 mins on the rowing machine doing approx 40 seconds on and 45 seconds off - though this varied through each new programme.

Steve wrote my programmes every four weeks, and as I got closer to shoot day they seemed to get a lot harder! The idea was to burn fat but maintain lean mass - I am proud to say I managed to hold the same percentage of lean mass pretty much up until the final week, which I was very pleased with! I also dropped about 8% body fat over the whole process, bringing me in at around the 10% mark.

For the last six weeks of my prep I added fasted cardio. This started with a 20 minute brisk walk before breakfast - but for the final few weeks I was up to 40 minutes. Every single day. To be honest, as horrible as it sounds, I actually really enjoyed getting up at 5am every morning, walking the dog for 40 minutes, eating breakfast and then training - all before work. It felt good that by the time I got to my desk at 9am, I had accomplished so much.

My weights sessions were mainly split by body parts - legs, chest, arms, shoulders, back (man, I hate back day) and involved a mix of heavy lifting and high reps. In the end the gym became a treat - I looked forward to it and I still do, it's my stress release, my therapy session and my social life. 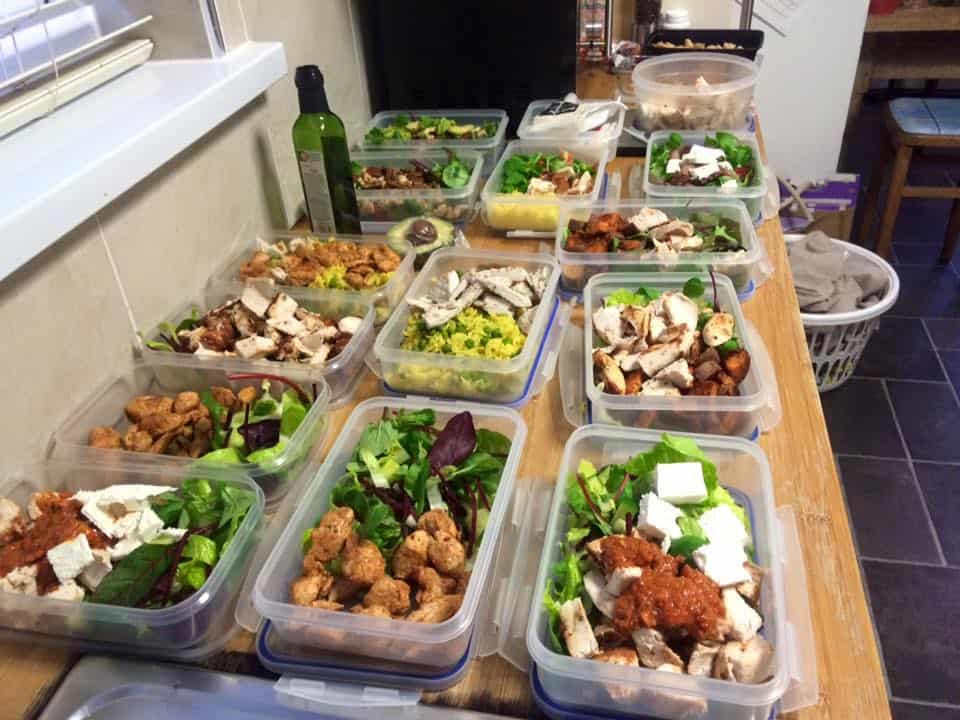 My diet was fairly clean anyway, but this made me realise exactly how consistent you need to be get results. And it is consistency that is the problem. You spend the week being good, you eat to your plan and when the weekend comes, something always tempts you - coffee with a friend, a night out, a meal. And before you know it a 'cheat meal' turns into a 'cheat day' and by Monday you're back where you started. A month or two down the line, you're wondering why you're not getting results.

Because the harsh truth of it is, you don't want it enough. I wanted to get lean, I really did - but at the time my brain told me I wanted those cheats more. But the second I had a goal, nothing could sway me. In this whole prep I only had one wobbly day like that - I had my photoshoot in my sights and noone was stopping me get there. 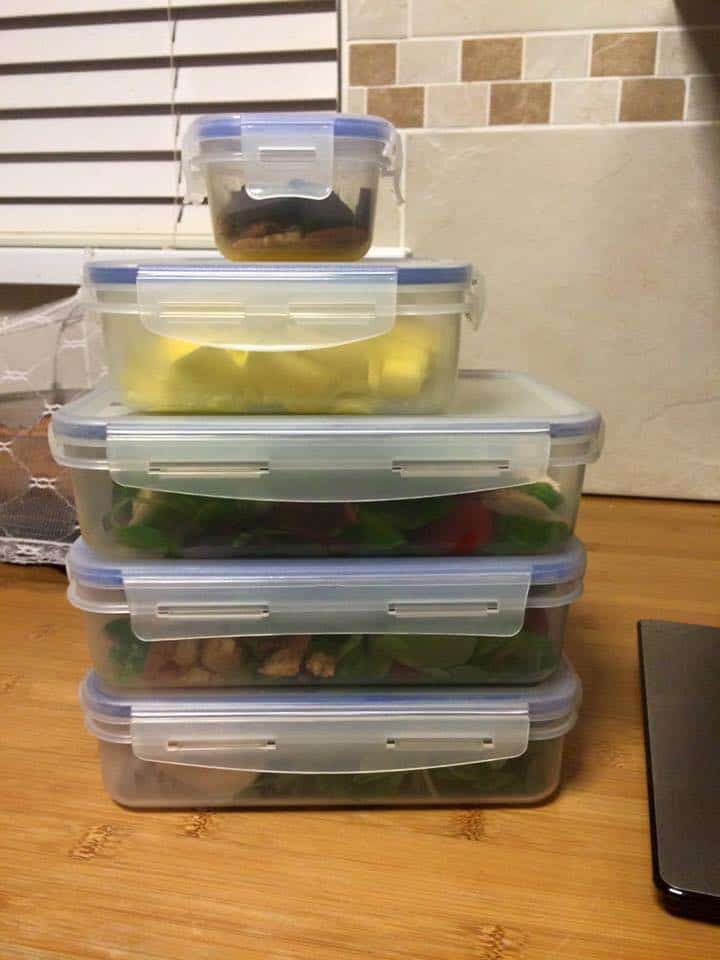 My life revolves around Tupperware!

My meals were done on a macro basis -I was in a small calorie deficit and consumed carbs only on training days. It started with only post-workout carbs but as I built up a tolerance I was allowed some (low GI only) before training too.

The easiest way I found to cope with the nutrition side of things was to prep my food. Because if everything was planned and made up ready, how could I fail? I had five meals a day: breakfast, 11am lunch, 1pm lunch, dinner and an evening 'snack' - plus my post-workout protein shake on training days.

I'm planning to do a lot more posts on healthy meal ideas, but mine mainly consisted of salads with either chicken, turkey, beef or prawns and then for a fat source I'd have pesto, feta, olive oils, nuts, 90% dark chocolate, seeds, avocado or goat's cheese. Evening meals would tend to be similar but with steamed veg. Carb meals included sweet potato or gluten free porridge for pre-workout, and mainly rice post-workout.

I tried to mix things up with spices and different vegetables. It was important not to make things boring so up until my 'peak week' I tried to vary the combinations of proteins and fats, cook up things like curries and beef chilli or generally try to stop food from becoming monotonous. Towards the end, it was just fuel to get me through!

Porridge and honey with a side of chicken!

My final week, 'peak week' involved eating nothing but white meat, green veg and olive oil (with sweet potato pre-workout and rice post-workout) for a whole seven days. It was torture! This is to eliminate any foods which might cause digestive issues such as bloating, and ensure I looked my best for the shoot. The plan is, in any future prep I do, this might not be quite so limited as we learn what I can tolerate.

I also had to 'water load' - drinking up to 6 litres of water a day - and then 'dry out' (aka stop drinking 24 hours before the shoot) to ensure I looked as lean as possible. The day before the shoot I 'carbed up' on porridge and honey, which was like heaven, to ensure my muscles didn't look too flat. It was fascinating to watch how much my body changed in peak week, and how it responded to what I was doing.

What I have learned 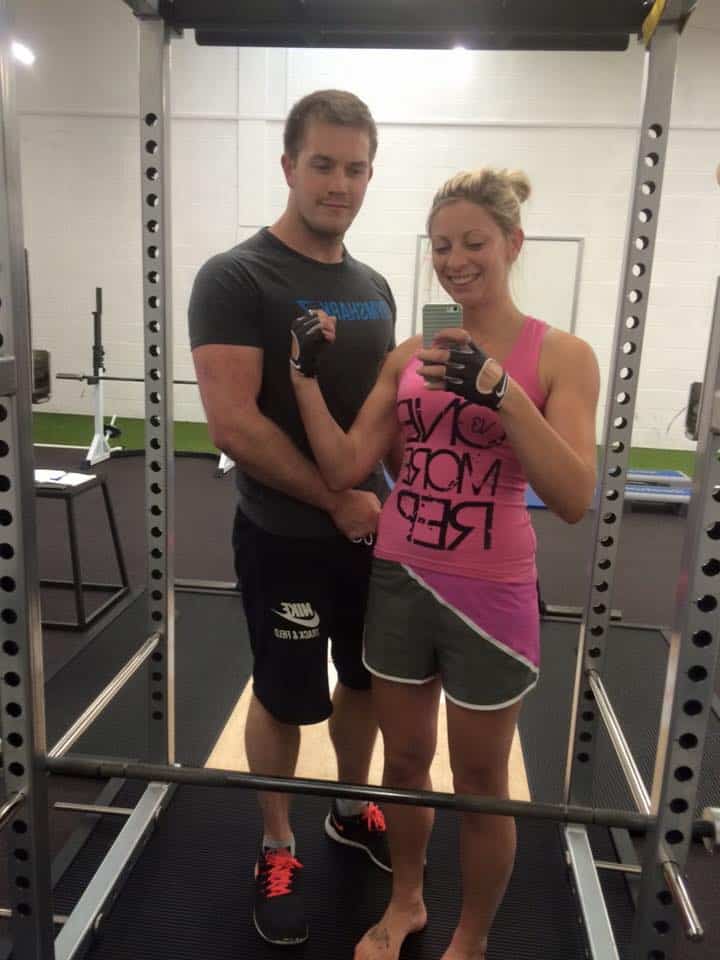 Training with my 'swolemate'

This process has taught me so much about myself and my body, but I have learned several things which have made me really change my outlook on training, nutrition, and even life.

Without something to work towards, how will you ever achieve anything? I spent years wishing I would get lean and not acting like I wanted it. I never, ever thought I could do this and achieving my goal has made me realise anything is possible - and made me set even bigger goals for the future.

Losing weight doesn't have to be a chore. The gym is a playground. Food is as exciting as you make it. Don't put up excuses - it's down to you to make it something interesting, rather than looking at it as if you're depriving yourself. If I wanted something badly enough, I'd make it fit my plan.

My whole life I've never quite felt in control. My thyroid has never been right. My coeliac stops me front eating things. My gut basically hates me. But this has made me realise I can make my body listen. I just had to start treating it with a little respect.

The gym has become my sanctuary. I feel like this whole world of health and fitness has opened up before me and I want to explore it. This is just the beginning and I can't wait to see what I can do next!

Ok, ok, you've listened to me ramble on. Want to know how I got on during my shoot? See for yourself! Thanks Andy Casey Photography for the awesome pics - it was great fun on the day! 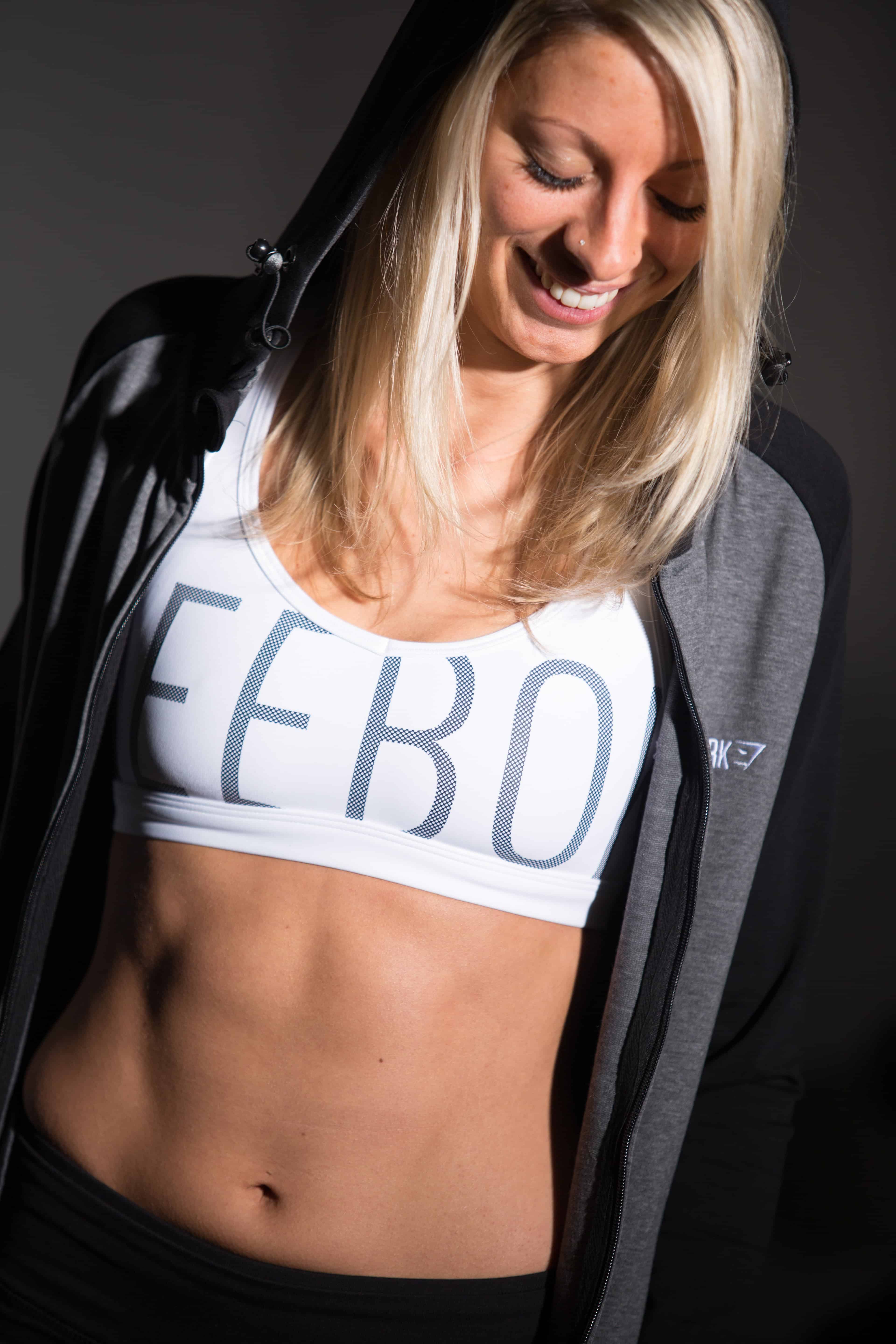 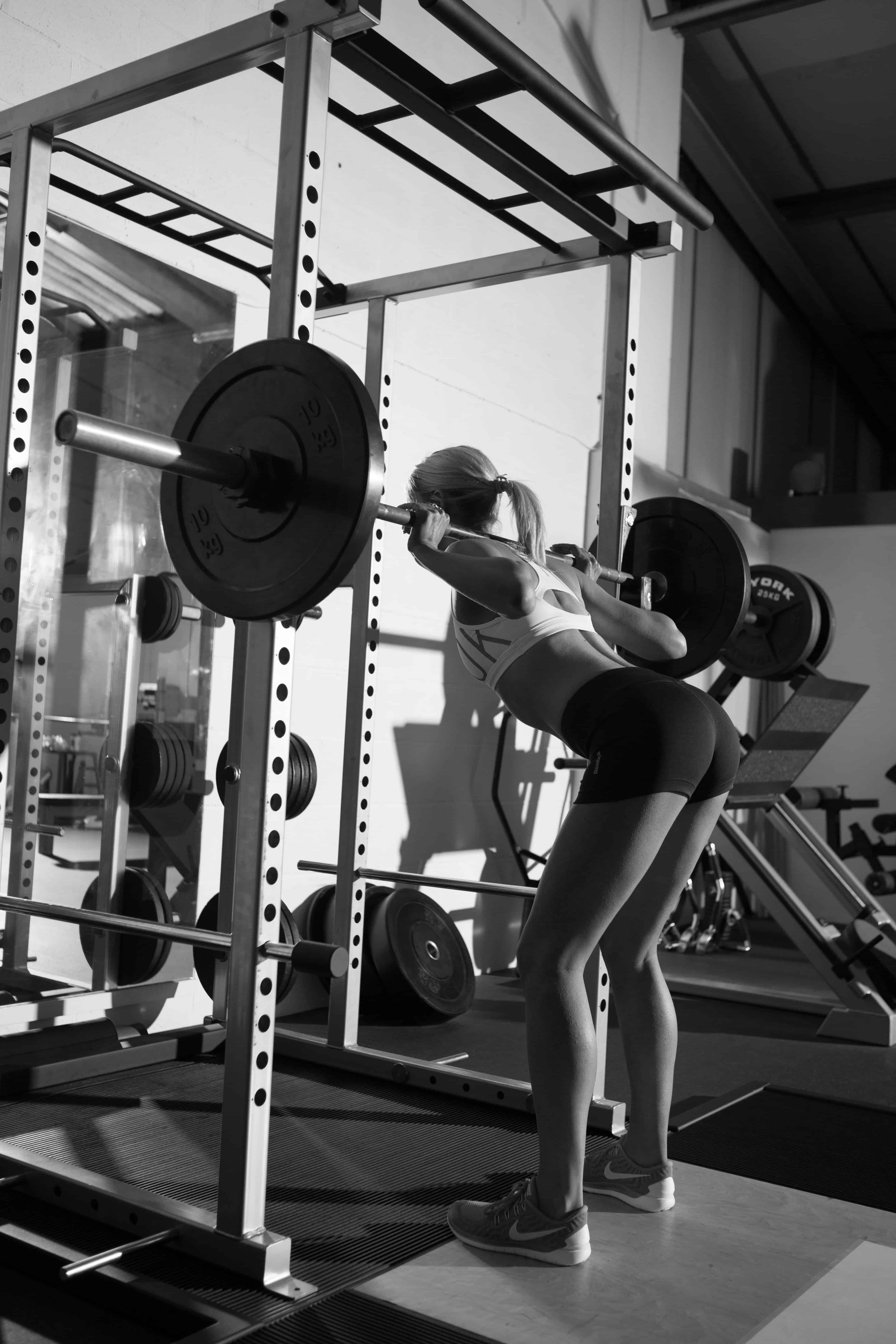 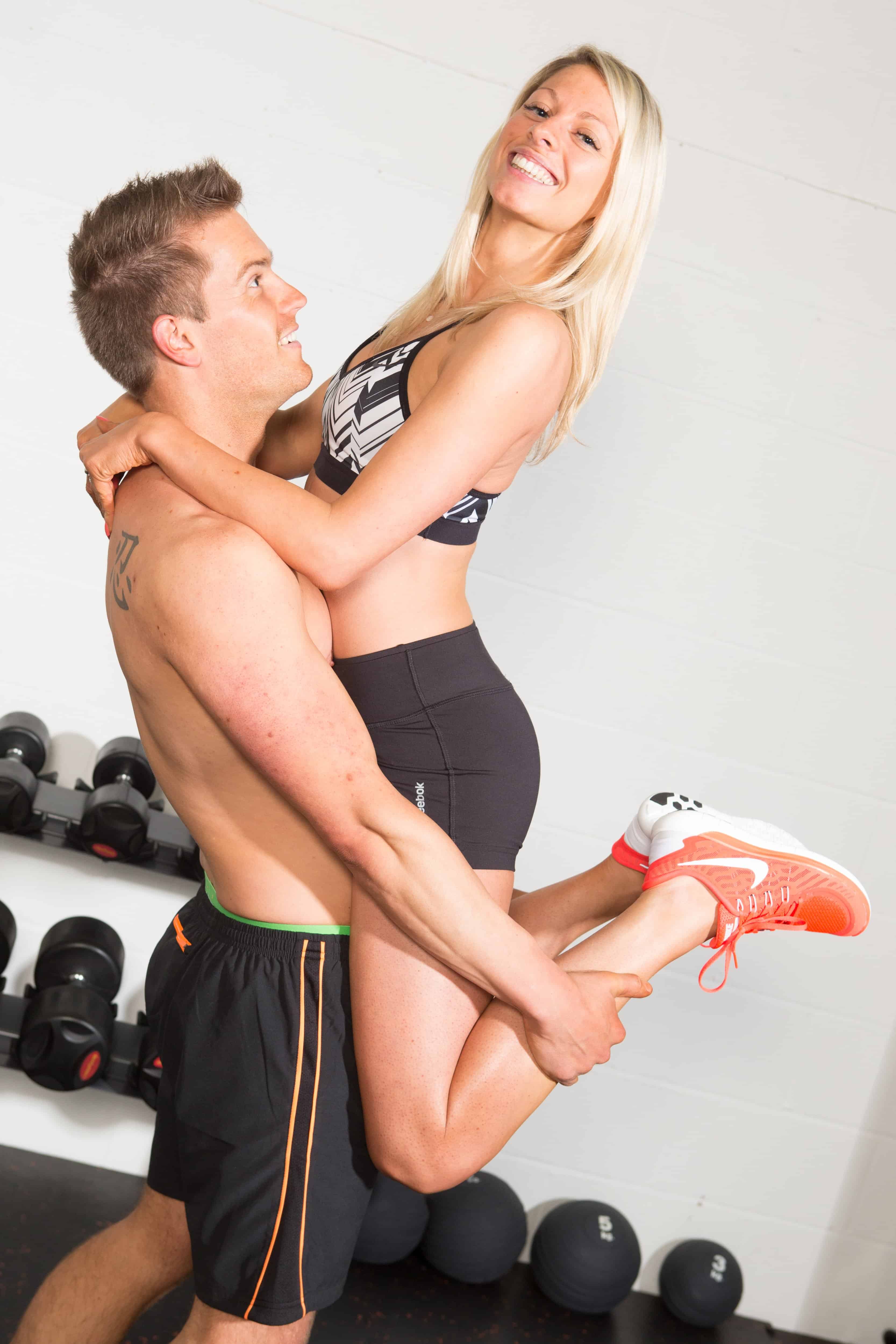 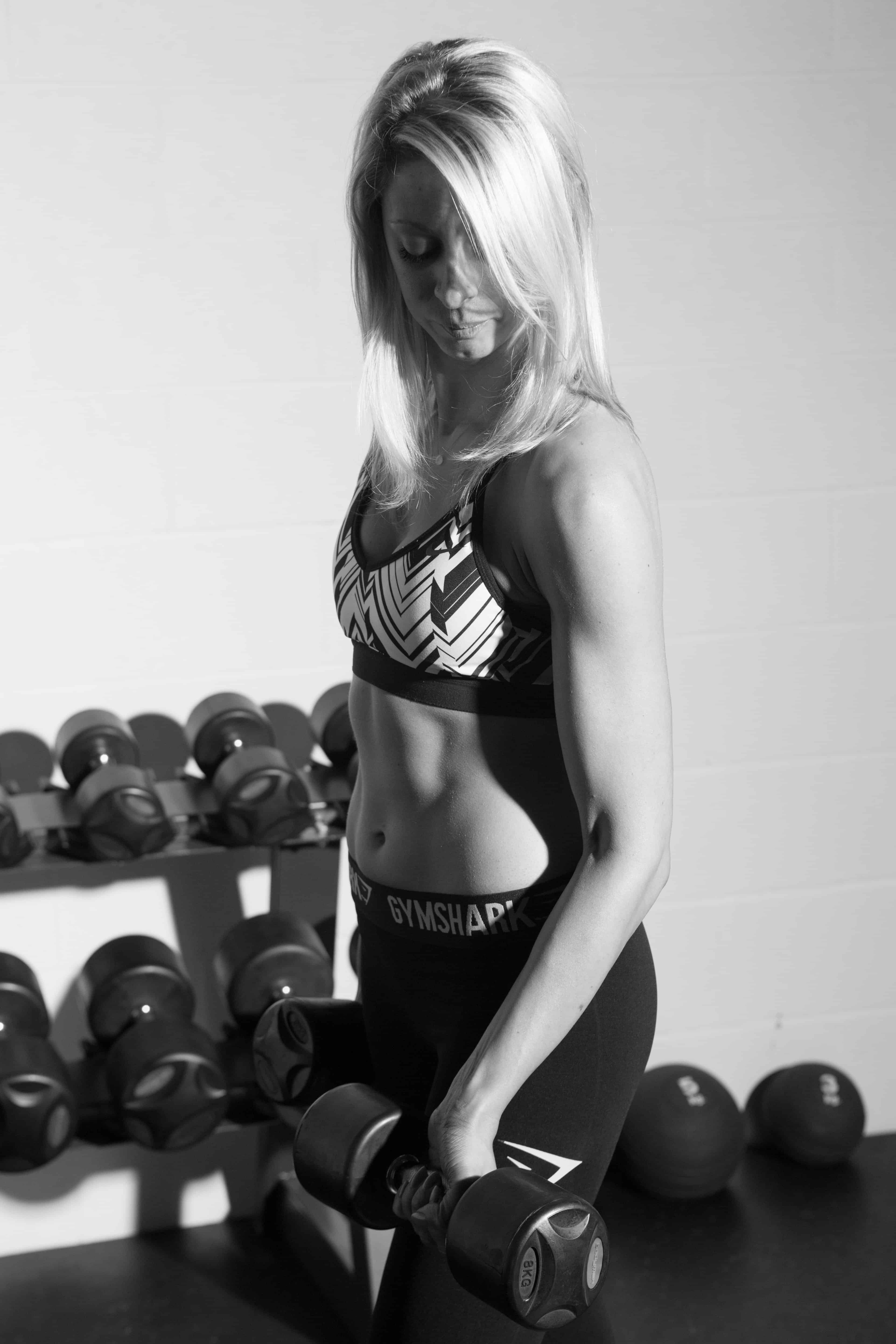 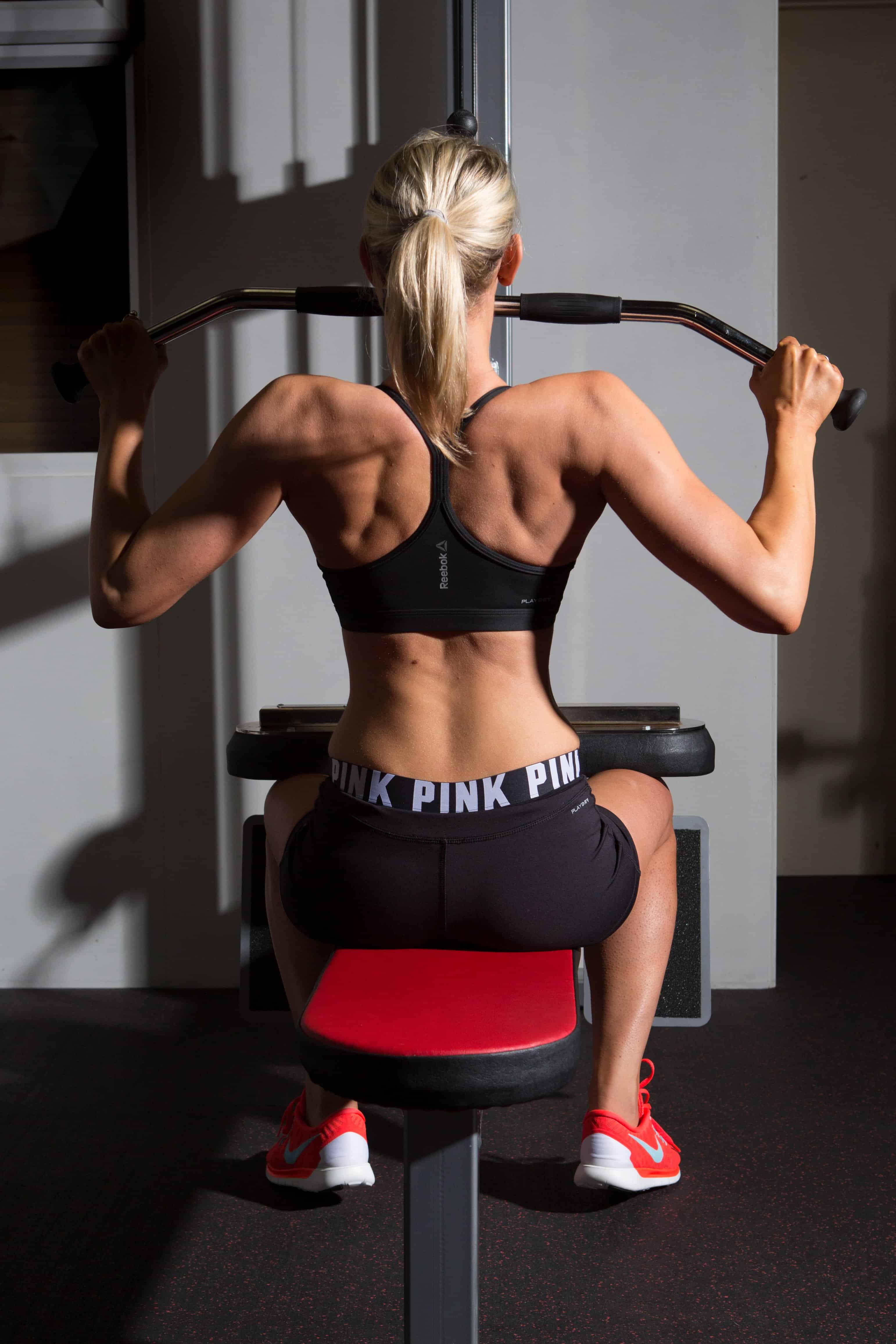 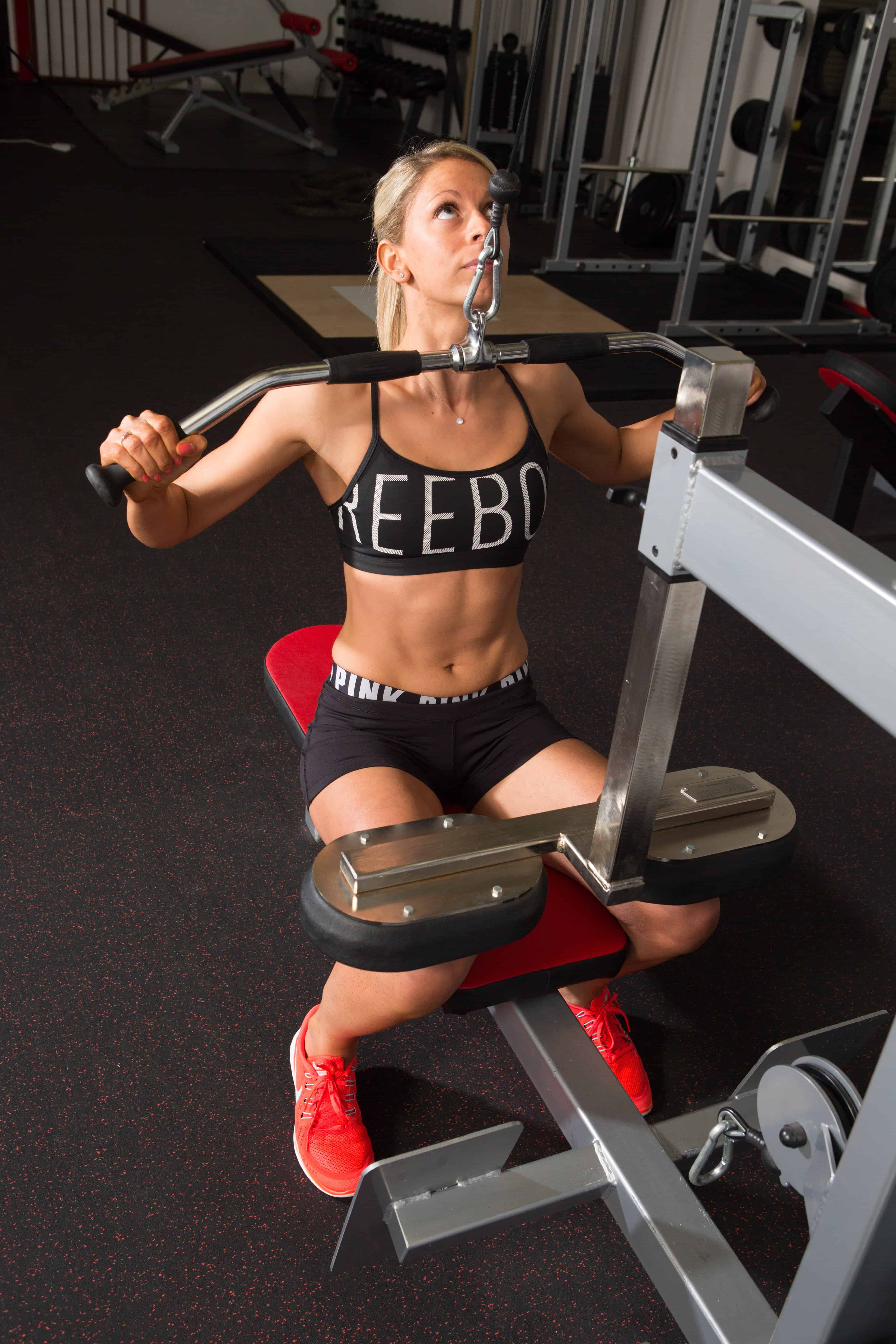 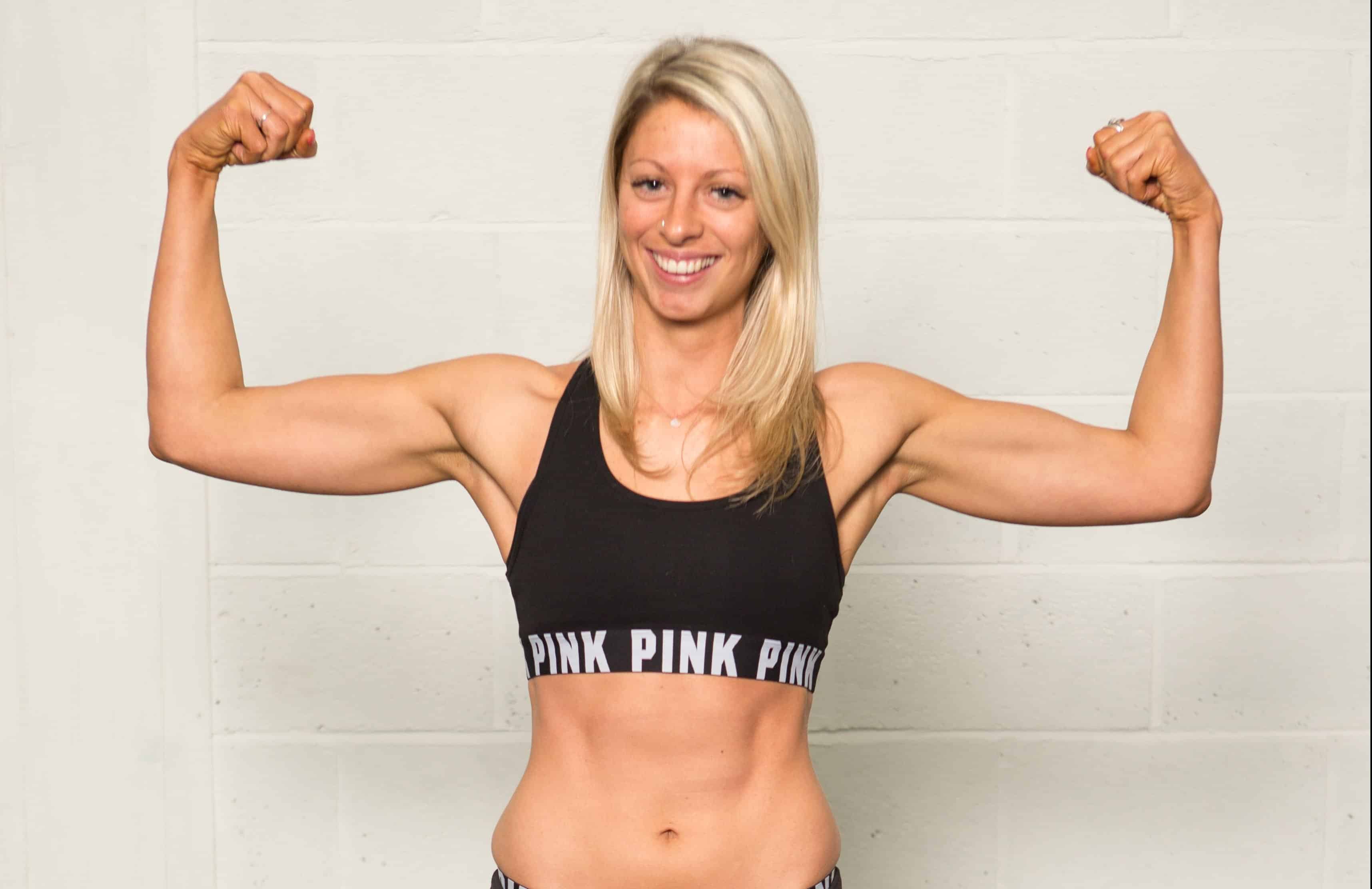 « GLORIOUS! Foods competition: fiery tastes and a descent into the underworld in Mexico
The BEST gluten free mince pies - and other free from festive goods from Waitrose »