The last time I had a scotch egg was in my pre-coeliac days. I remember not being that fussed about them at the time, but in recent years it has become one of those foods that, because I can't have it, I want it. 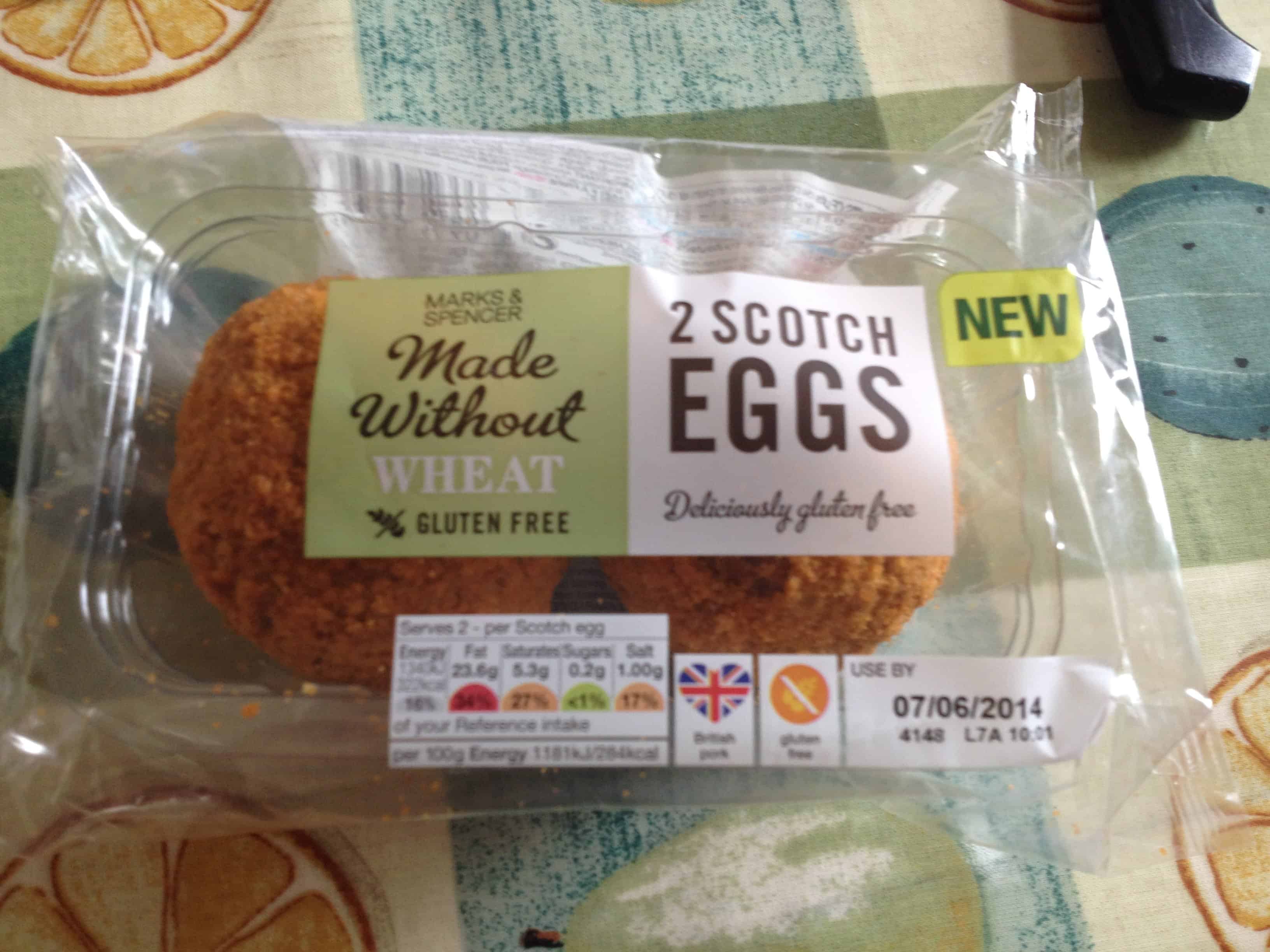 So when I saw some posts flying around Facebook and Twitter that Marks and Spencer had launched some gluten free scotch eggs to their Made Without Wheat range, I jumped straight in the car! Barnstaple's M&S store didn't disappoint - I found them nestled among two other new products - gluten free quiches.

I expected them, like most gluten free products, to be a miniature version of the real thing, so imagine my shock and surprise when I realised they were about the size of a tennis ball! I was delighted, and rushed home to try them.

The results were as good as I had expected. A rich, meaty sausage filling, the soft egg in the centre, all wrapped in a golden crumb. Delicious. I tried to tackle the whole thing at once, but ended up having to cut them in half! I daren't look at the calories involved, as I got a bit carried away and ate them both in one sitting! 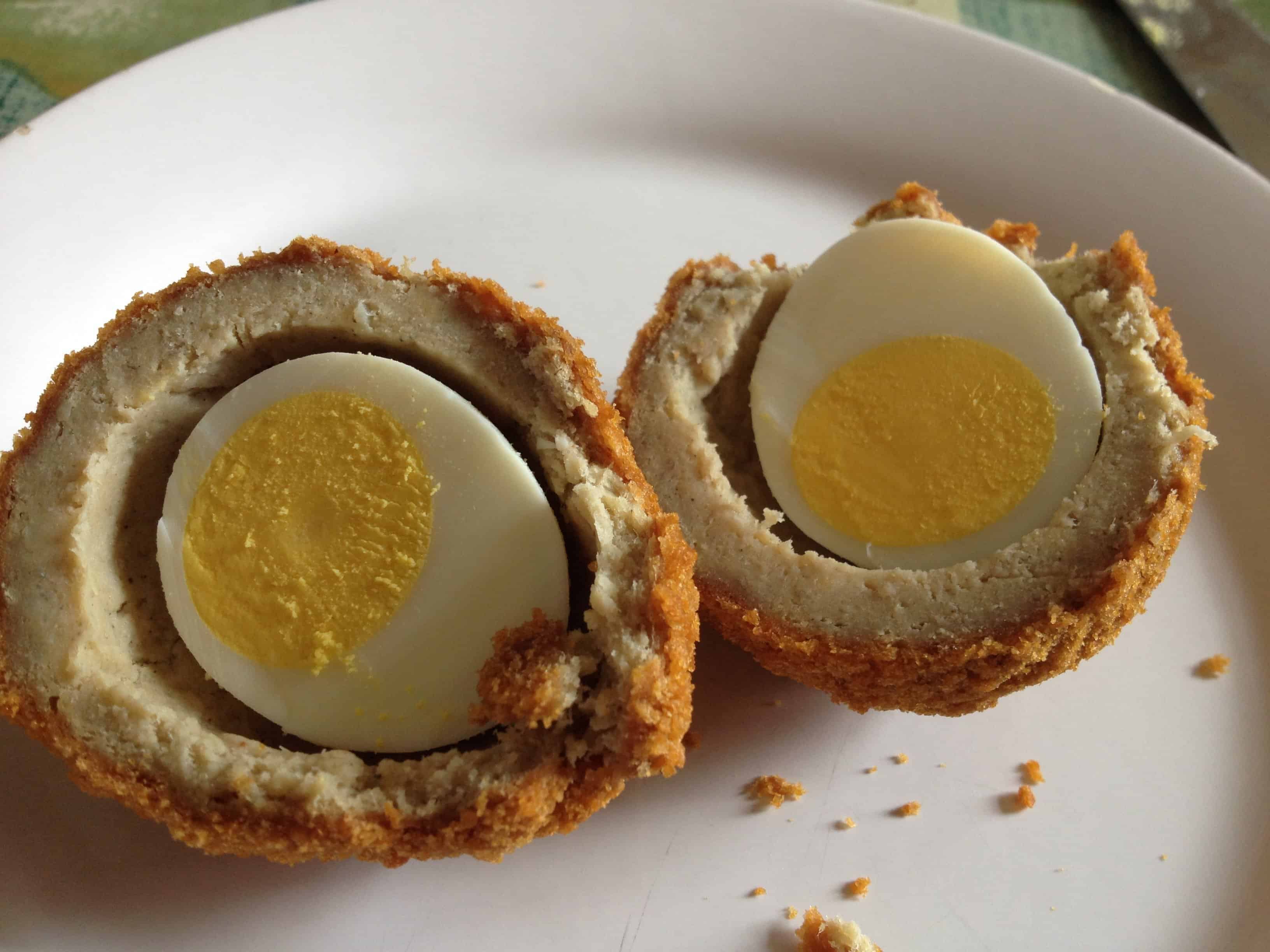 I didn't try the quiches this time, but they did also look very good. I think M&S have brought out a whole new load of gluten free goodies - I have heard very good things about the cake - but in my haste to get back and devour the scotch egg I didn't get a chance to investigate!

These would be great for parties - they always make me think of summer picnics. Now if someone could just fetch me some Pimms....