When chatting to my hairdresser the other week, I discovered her Mum was wheat intolerant, and we ended up exchanging our list of gluten free haunts.

I don't live in the biggest town in the world, so I was really pleasantly suprised to find a cafe offering gluten free food I had never been in before.

Green Lanes Cafe is right in the centre of our 'shopping centre' so it seemed only right to stop there for lunch after attempting to start my Christmas shopping.

And, low and behold, I was very pleased to find this on the menu.... 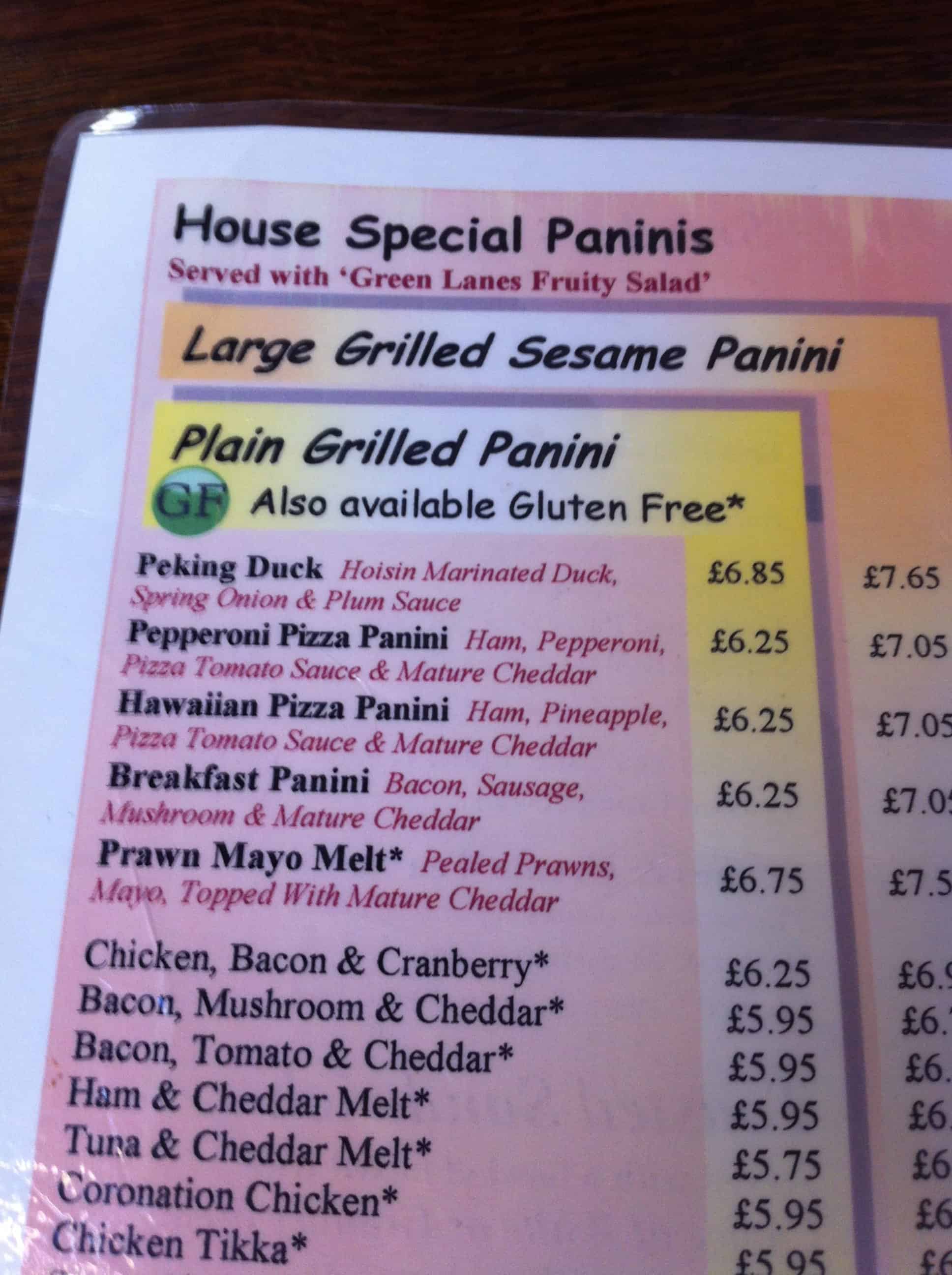 Excited at the amount of fillings I could eat, it took me a while to decide but I eventually opted for a bulk standard cheese and ham.

As I'd never had a panini before, I thought this would be a good starting place!

After a long queue, I eventually ordered and sat back with a coffee, waiting for my panini to arrive. Not long after it did.... 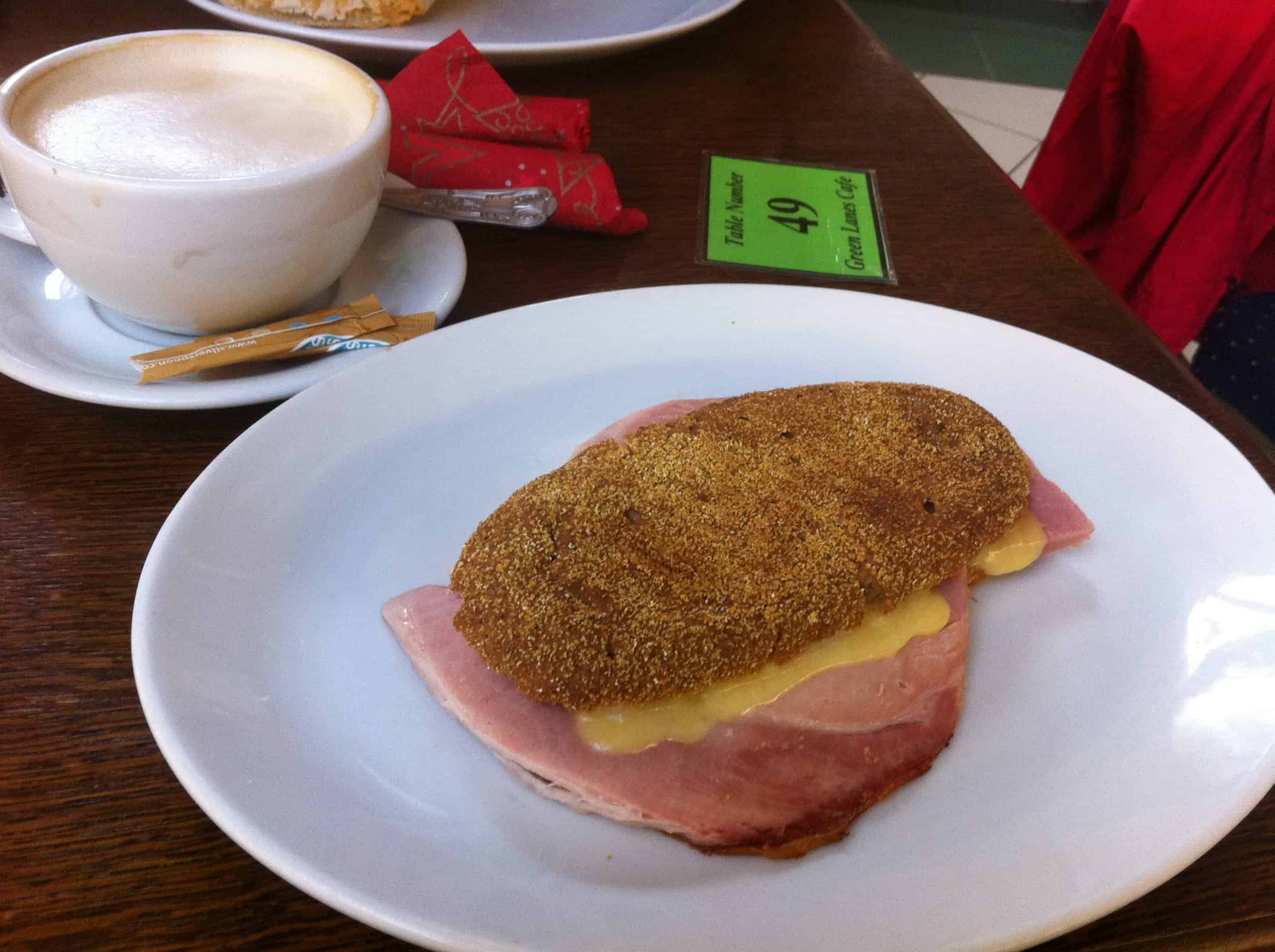 Call me fussy, but my 'panini' looked remarkably like a Warburton's gluten free roll... but I thought something is better than nothing, so I went with it anyway.

The filling was more than generous - spilling out of the sides - and it was tasty, but I felt a tiny bit cheated as I had been hoping to try a gluten free panini!

However, to be able to have somewhere in the town centre where I can go for a 'normal' lunch is great, so I think I'll definitely be back to sample some of the other flavours!