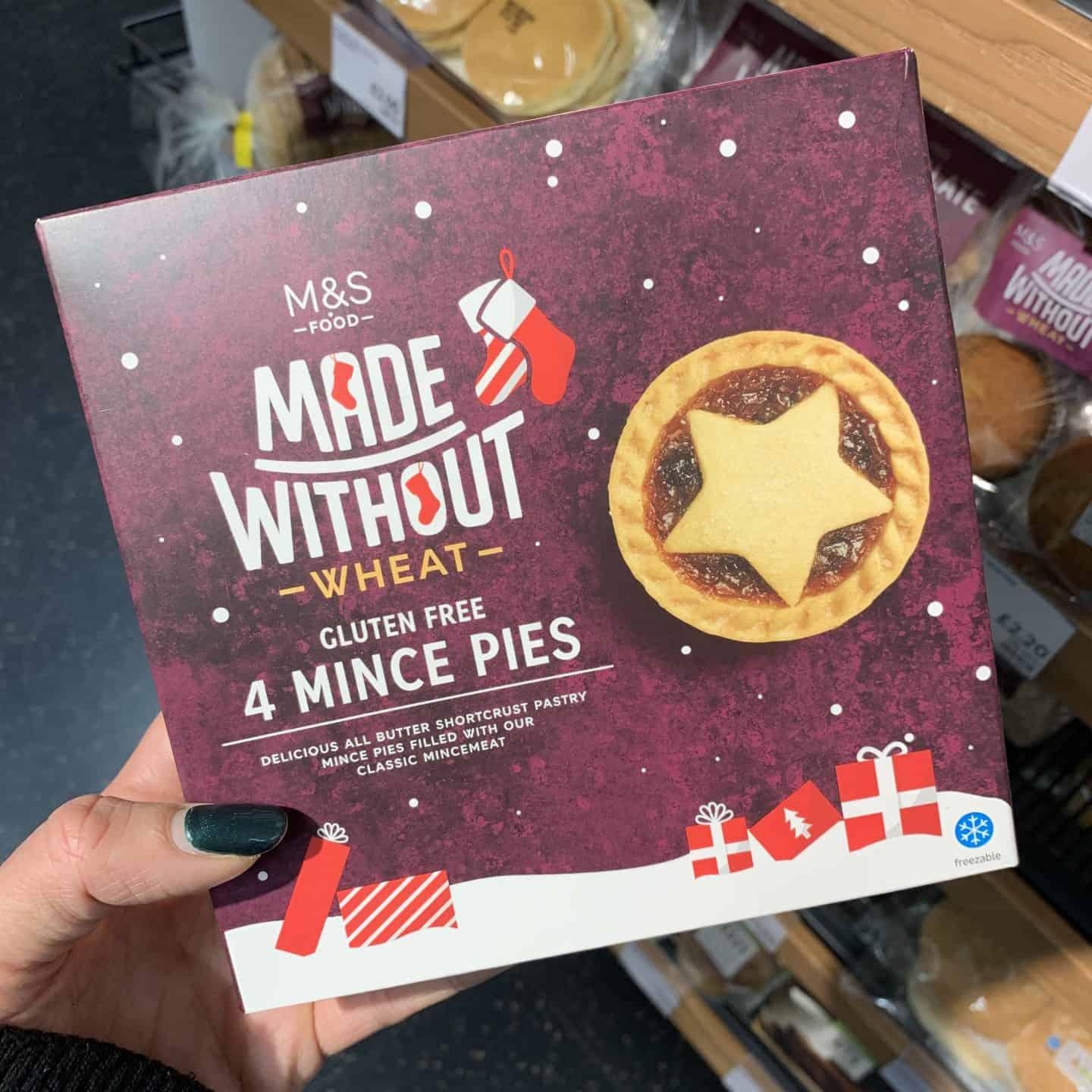 As mentioned in my 10 gluten free Christmas foods you can't live without post, I was seriously impressed with these gluten free mince pies from Marks and Spencer.

Buttery pastry, a dusting of sugar (real sugar, not icing sugar - so you get these gorgeously sweet crunch) and a rich, sweet filling. These score top marks from me.

And there's a lot of love out there on Twitter and Facebook for these too - get yours quick before you miss out! 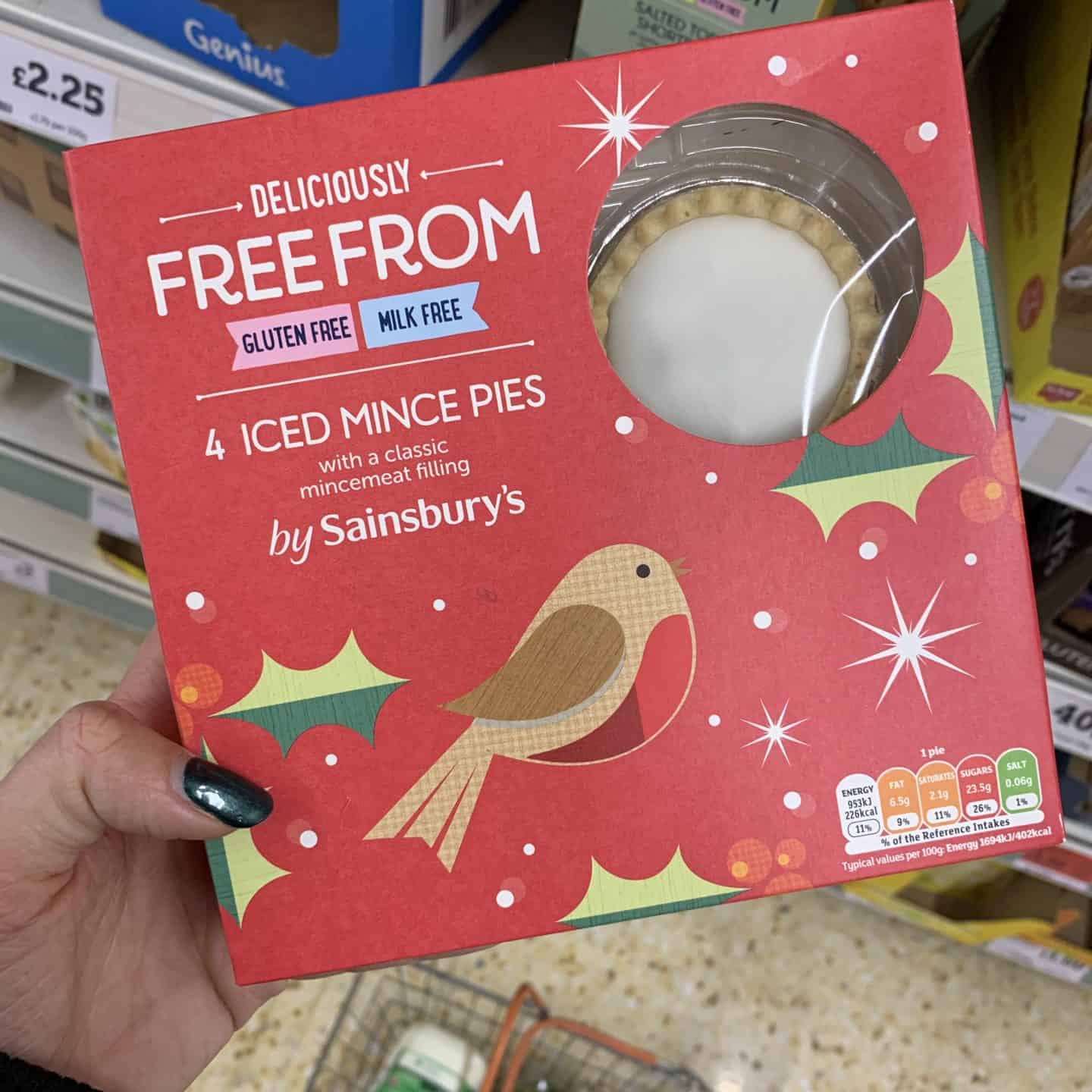 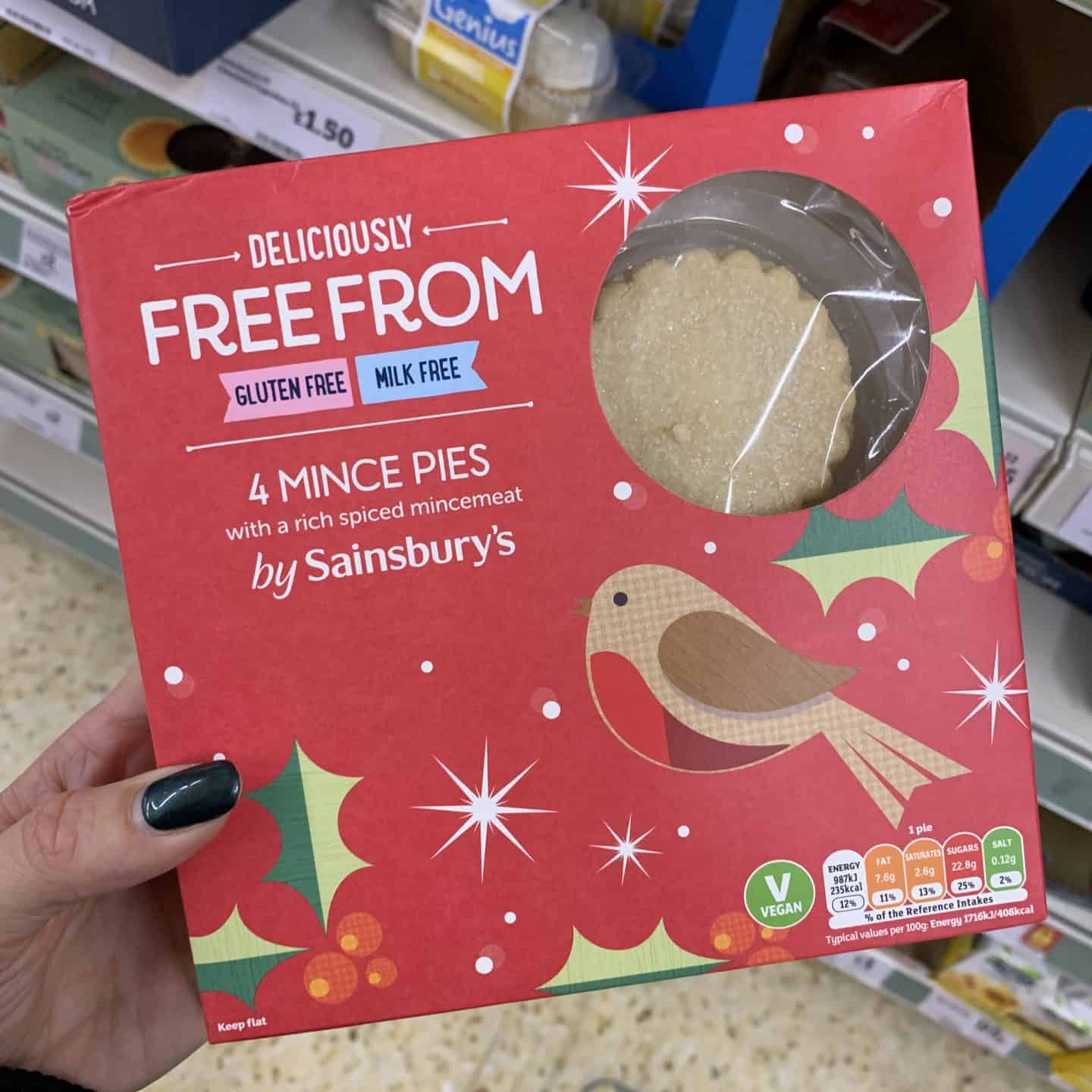 I first tried the Sainsbury’s iced gluten free mince pies  to celebrate buying our first ever real Christmas tree a few years ago.

These were nice but a tad too sweet for my liking. I'm not a huge fan of icing anyway, so I don't think I would get them again. That being said, if you have a huge sweet tooth you will probably love them! I do, however, love the glittery icing on top!

These Sainsbury's mince pies are also dairy free and wheat free which is good. The pastry is a good consistency - not too crumbly. I preferred the non-iced ones, and felt they had a really generous amount of filling too. 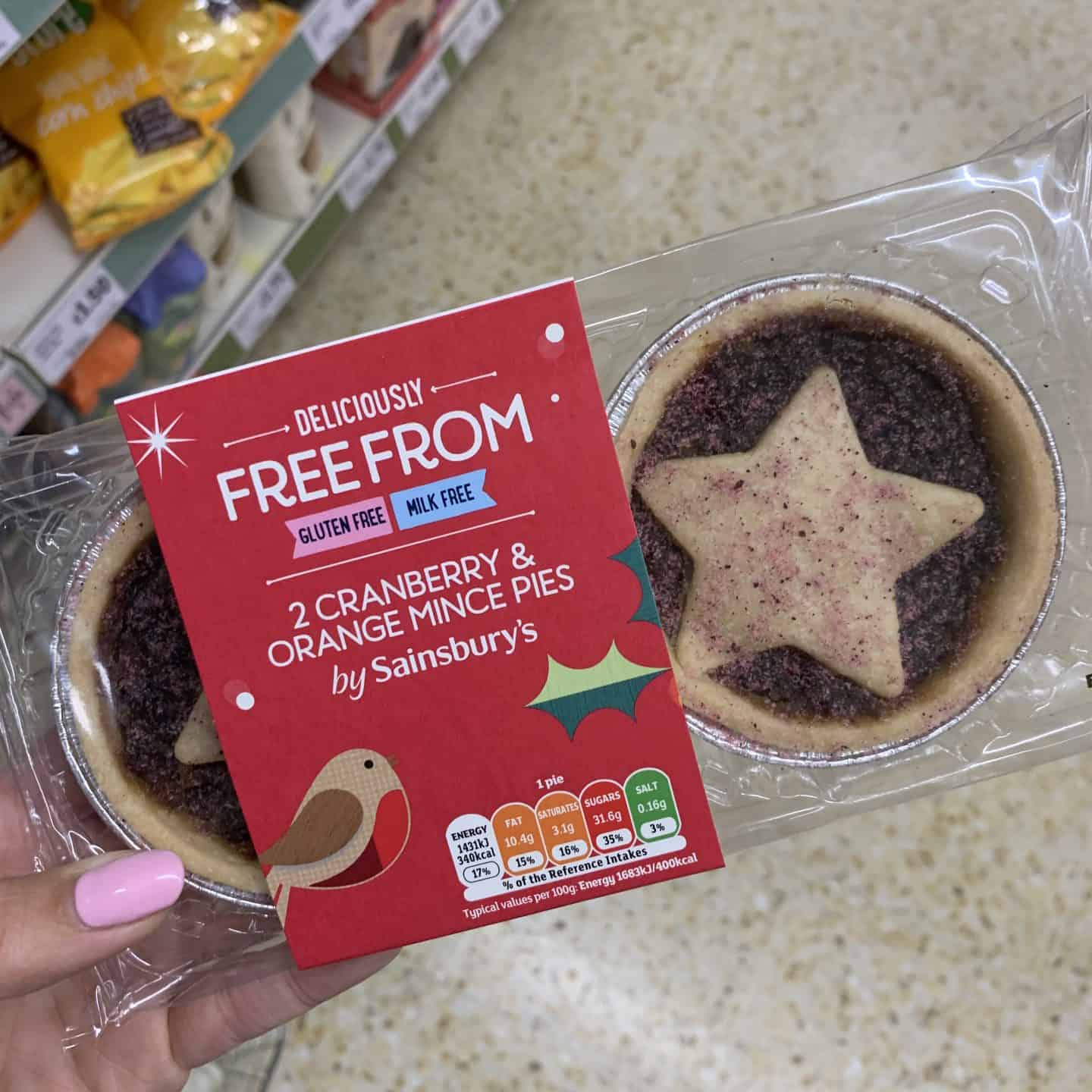 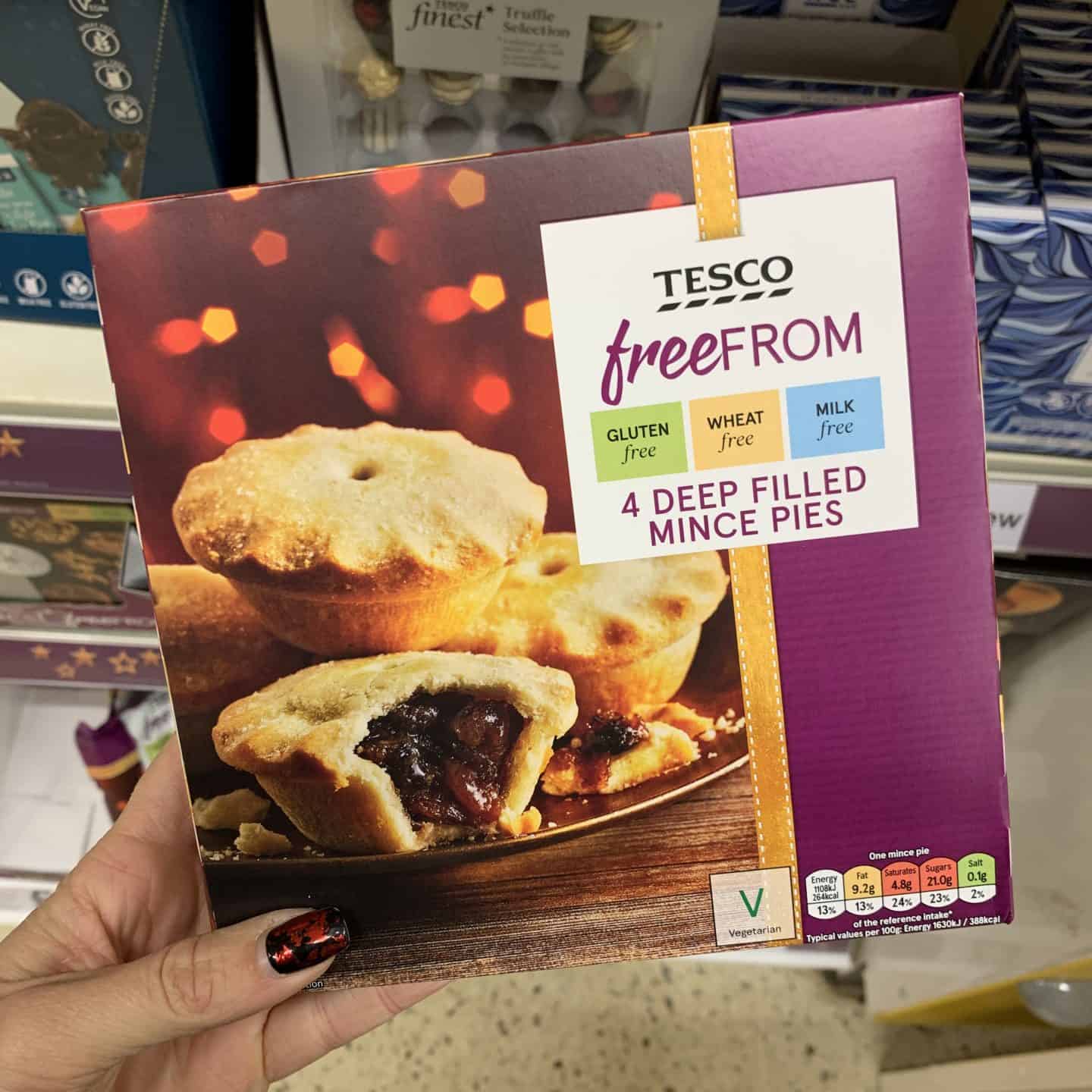 Tesco's mince pies are gluten free, wheat free and dairy free, so another brand which is fairly allergy-friendly. Their pastry is pretty good, and again a fairly generous filling.

They're a good option to grab on-the-go alongside your weekly shop, and I like the red packaging - all of their free from Christmas products look a bit more 'normal' this year which is always nice when you don't want to always feel different! I don't think these would be out of place at any party table. 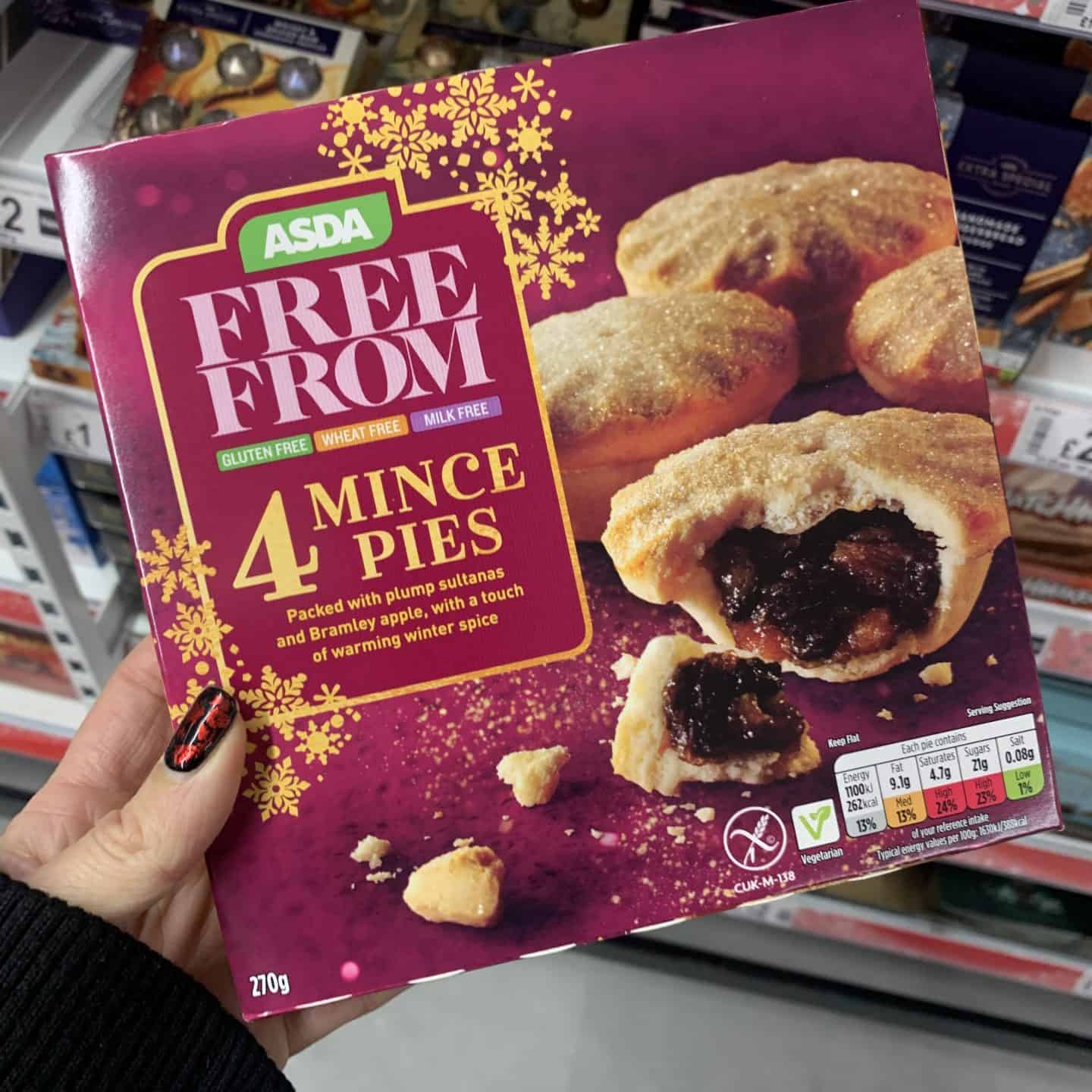 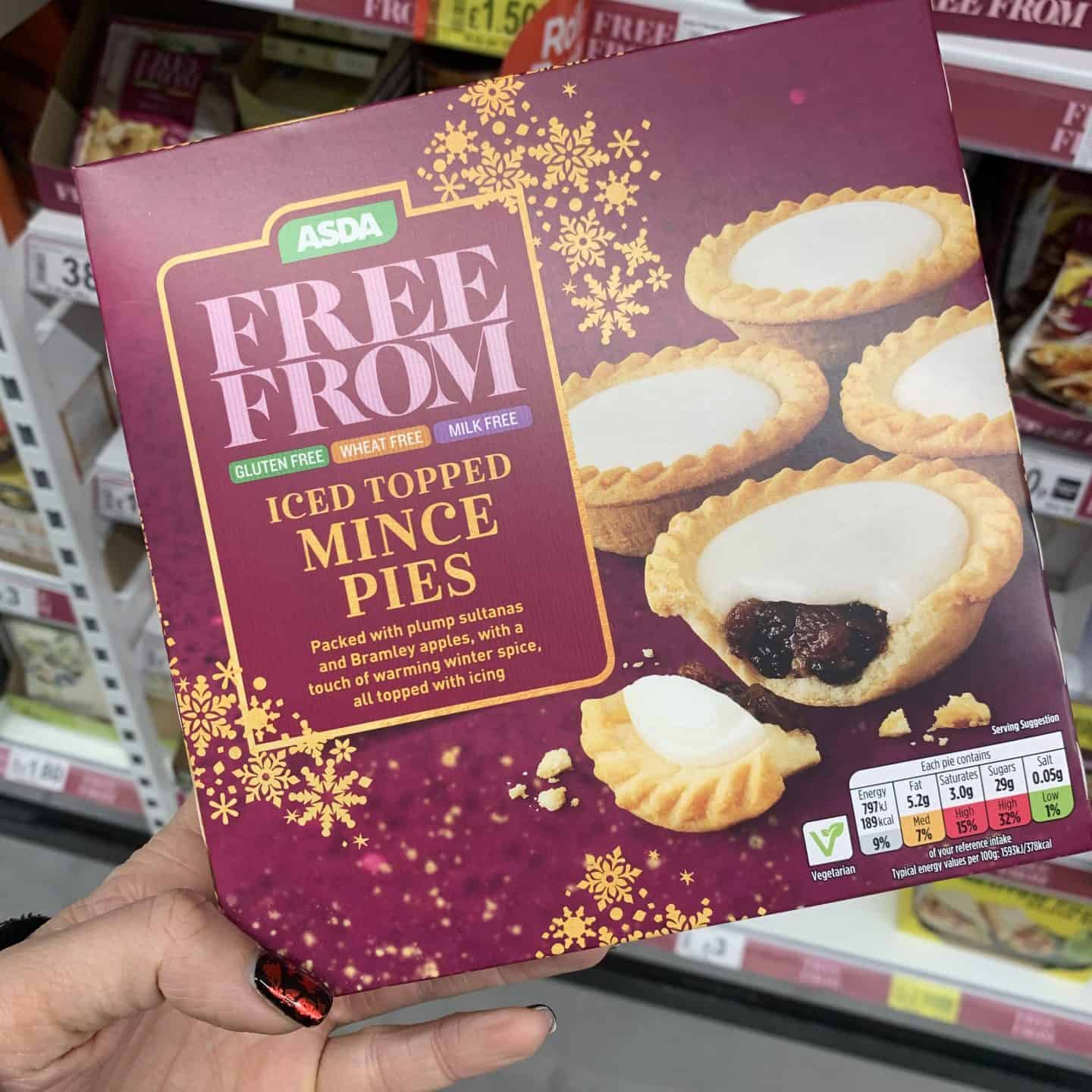 The Asda gluten free mince pies are another classic you can just sling into your trolley during the weekly shop. They’re deep filled with a buttery pastry and a dusting of crunchy sugar. They remind me a little bit of the Mr Kipling-type pies. They also do a gluten free mince pie which is iced as well.

Aldi are doing a range of mince pies again this year - I am yet to head to my local Aldi but I've heard good things about it - and it's a pretty cheap option too! 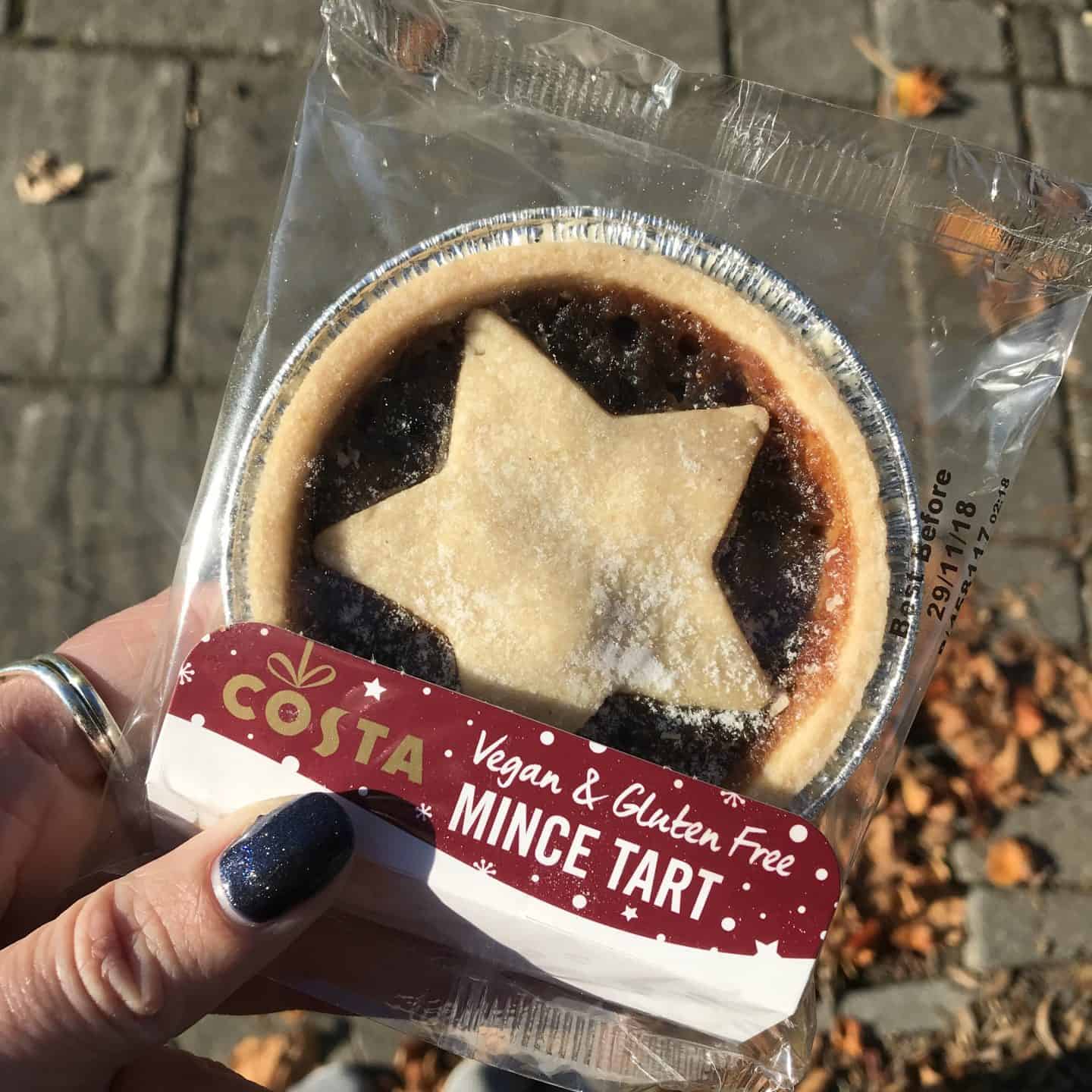 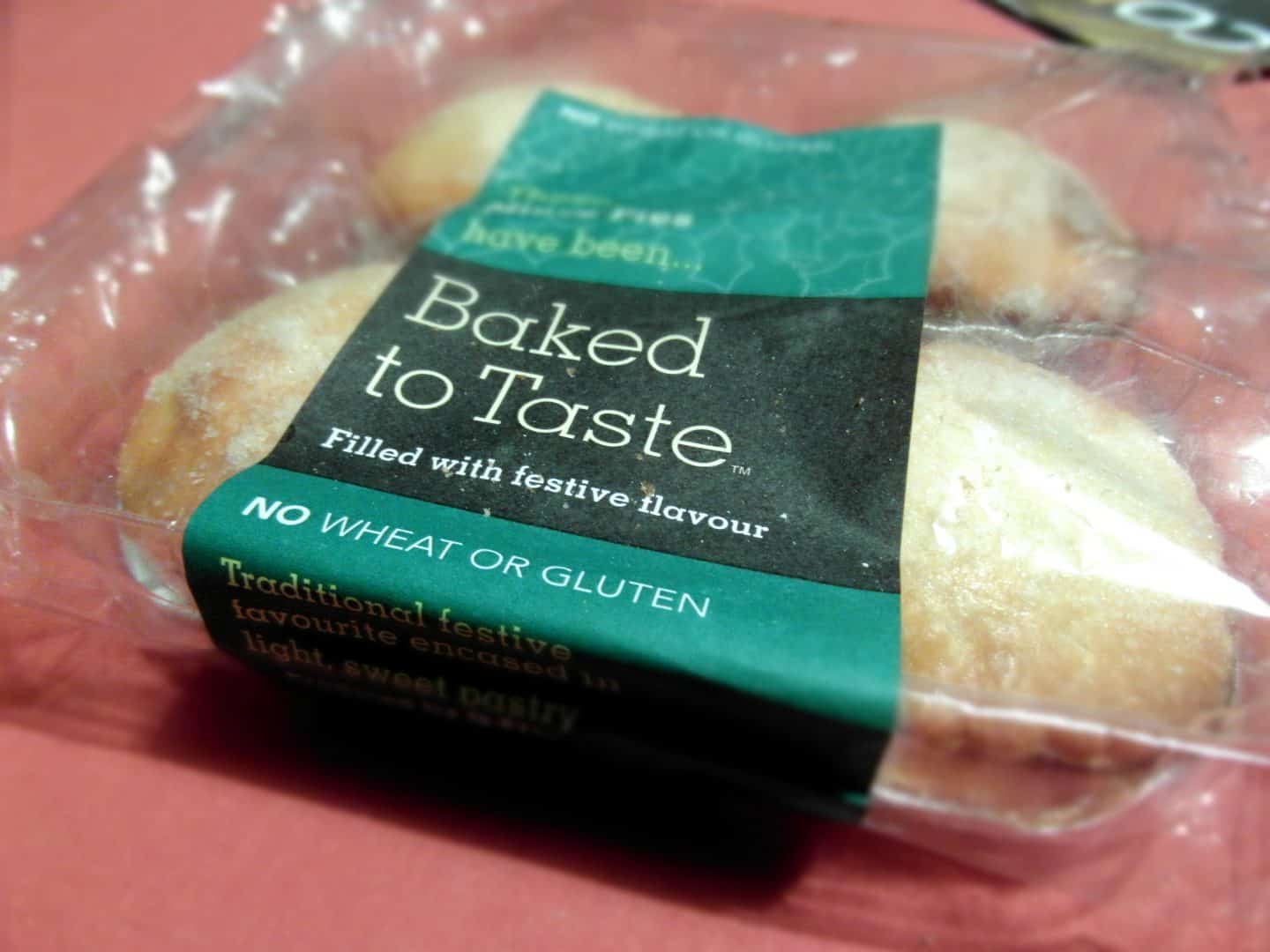 I love Baked To Taste because they're a West Country based business (big up the South West!!) and their ready to roll pastry is THE best gluten free pastry in the world - FACT.

Their mince pies live up to their super high standards. Rich mincemeat, golden, sugar-topped pastry, and in gorgeous festive packaging. Oh, and they are also gluten free, dairy free, wheat free, lactose free and soya free. I simply love them. 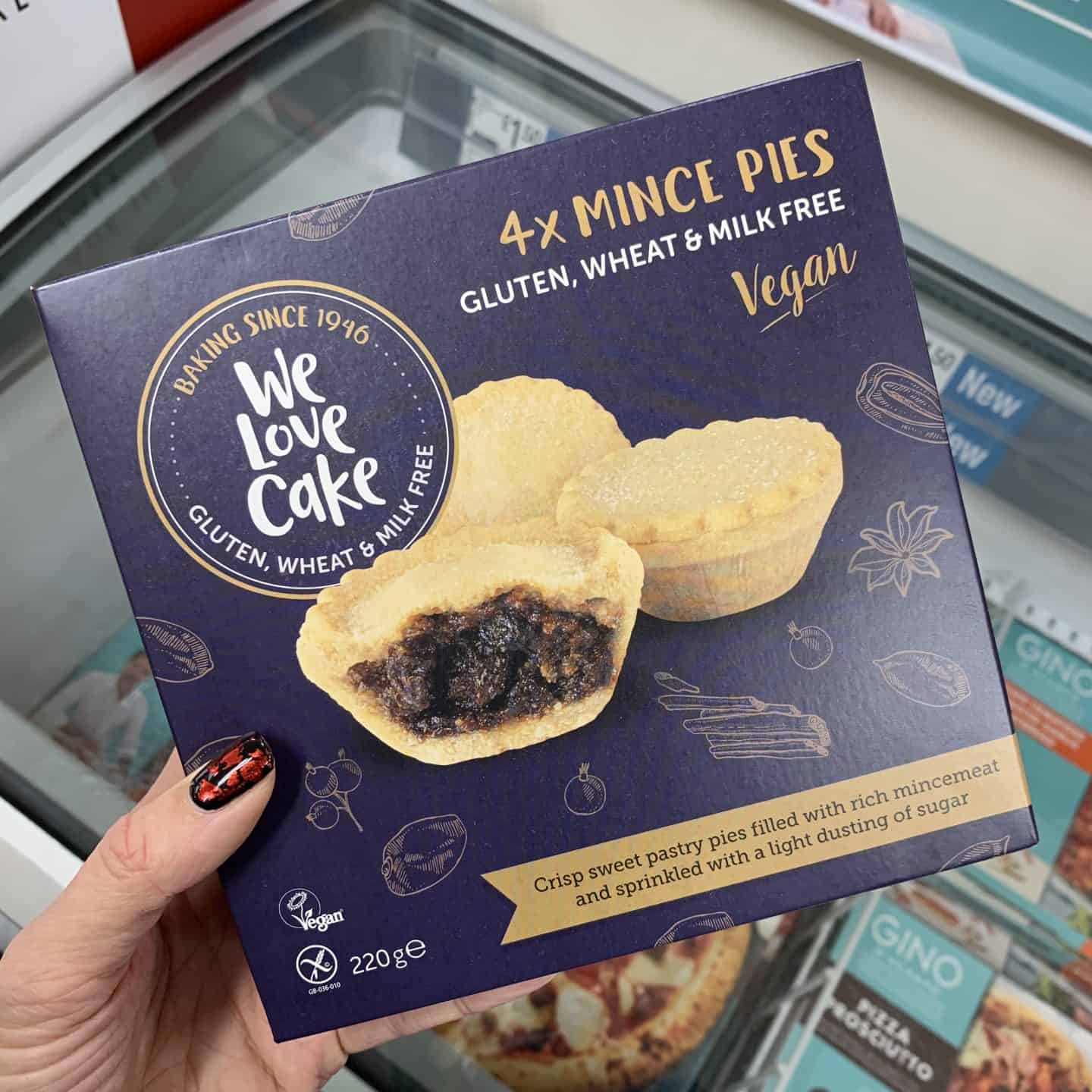 Check out these gluten free, dairy free and vegan mince pies in Iceland! Sprinkled with a dusting of sugar, they look and sound lovely but I am yet to taste them. They're pretty good value for money and I'll be swinging by to buy some as soon as I can! 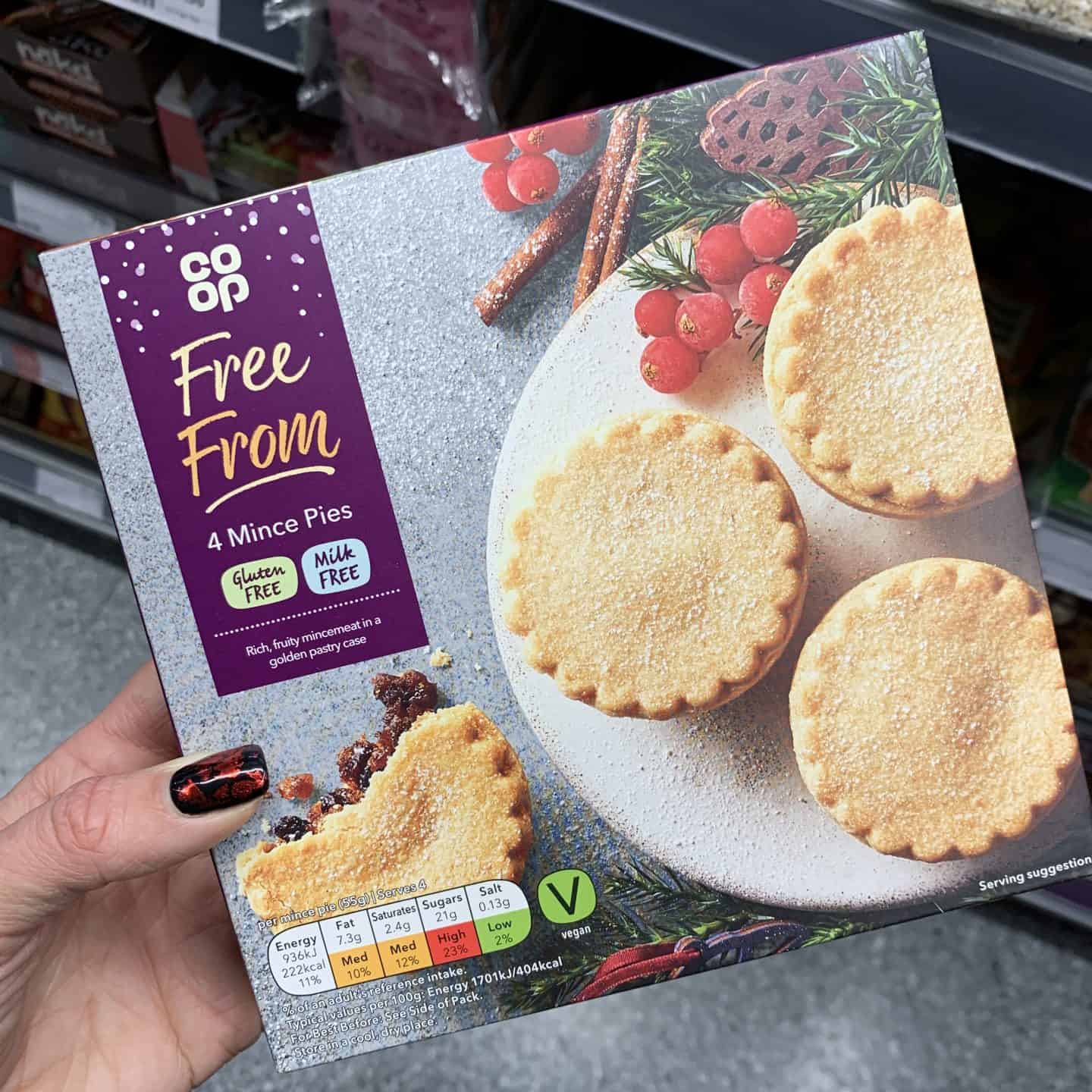 Co-op are doing packs of four mince pies and they look lovely. These would be a great option to try with a full pastry lid and a dusting of sugar. Again, I haven't yet tried these but they do look nice. 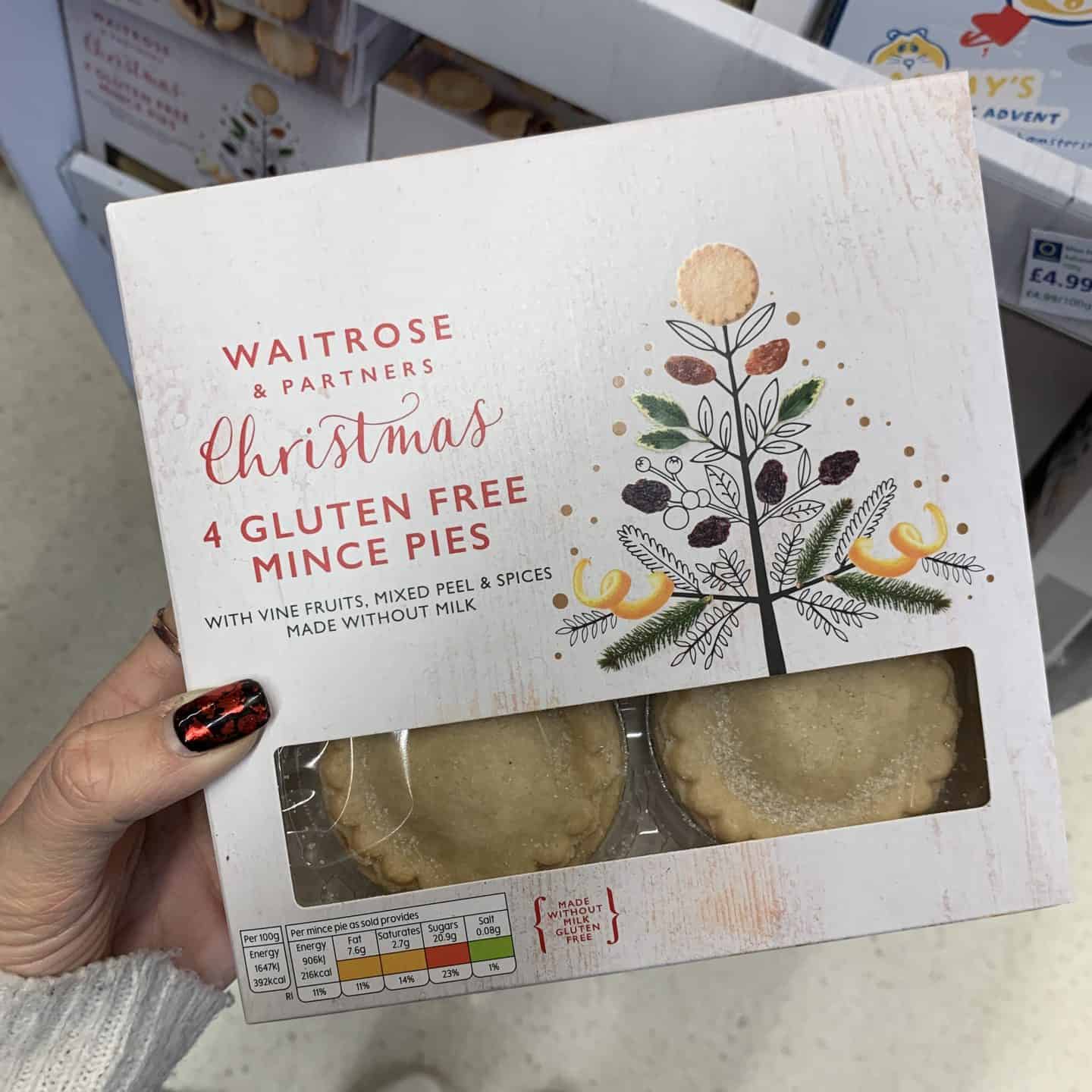 I haven't had Waitrose gluten free mince pies for a couple of years but I do remember them being amazing. They come in a gorgeous box and are also dairy free. A lovely deep filled buttery pastry, with a sugar-topped lid. I can't wait to eat them again! 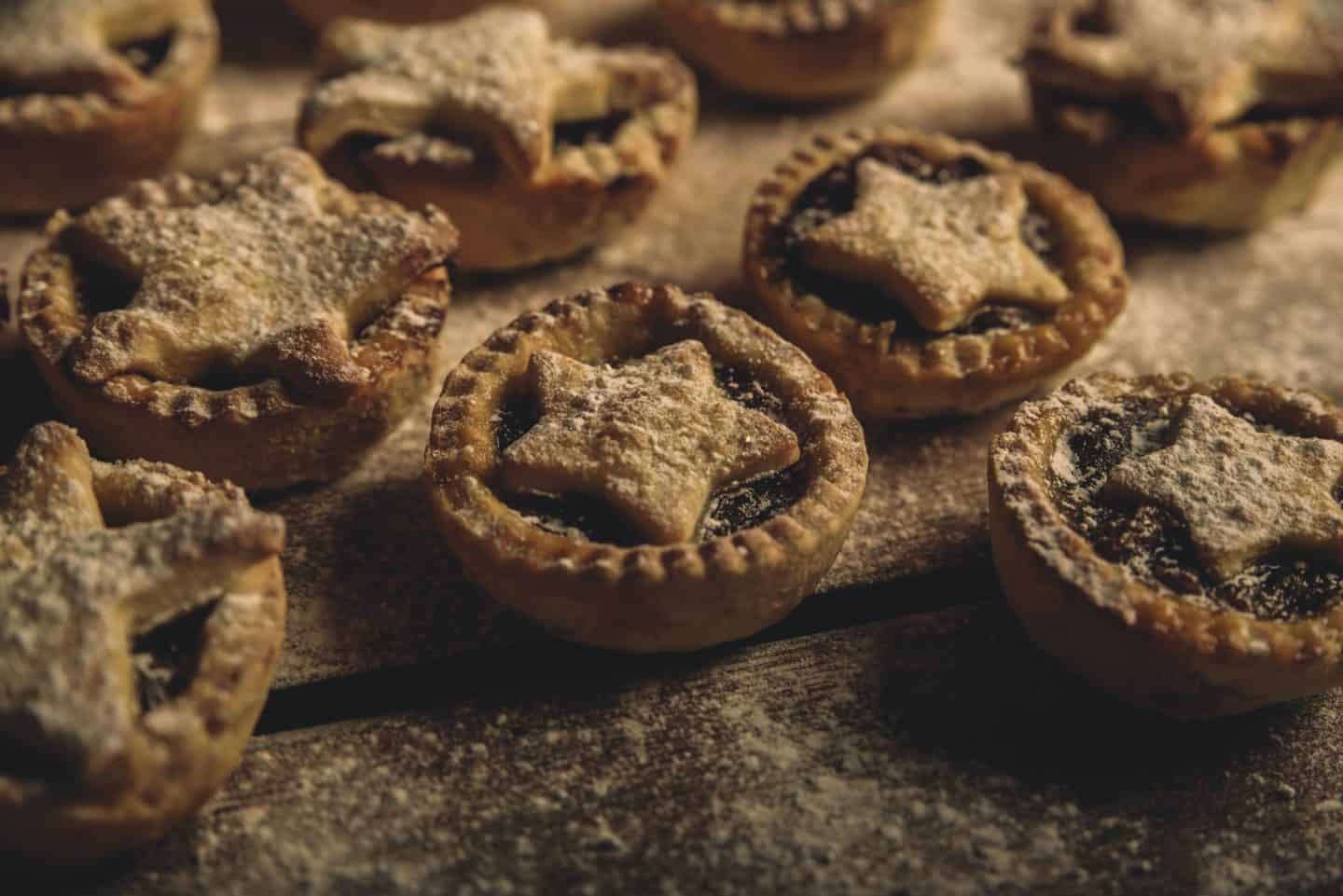 There's nothing better than making your own gluten free mince pies at home, the beautiful festive smells wafting through the house! My failsafe gluten free mince pie recipe is included in my Gluten Free Christmas ebook - the pastry is a dream to work with! I can't recommend it enough, it's so simple!

Which is your favourite gluten free mince pie brand?

I know there are a few more gluten free mince pies on the market out there, but these are all the ones I have managed to get my hands on in North Devon! If there are any others you would recommend, please suggest them in the comments below or email your short review to me at glutenfreeblogger[at]hotmail.co.uk and I can add them to this post! Happy mince pie munching!