My lovely friend Kay has worked at Fremington Quay Cafe - a cute little setting not far from us (with a very friendly resident seal!) - and although I have been in a few times, I've never had a proper meal there.

Set in an old railway station near Barnstaple, this popular cafe is always busy and is a great spot to sit and look out over the estuary, as well as being a pit stop for cyclists along the Tarka Trail. 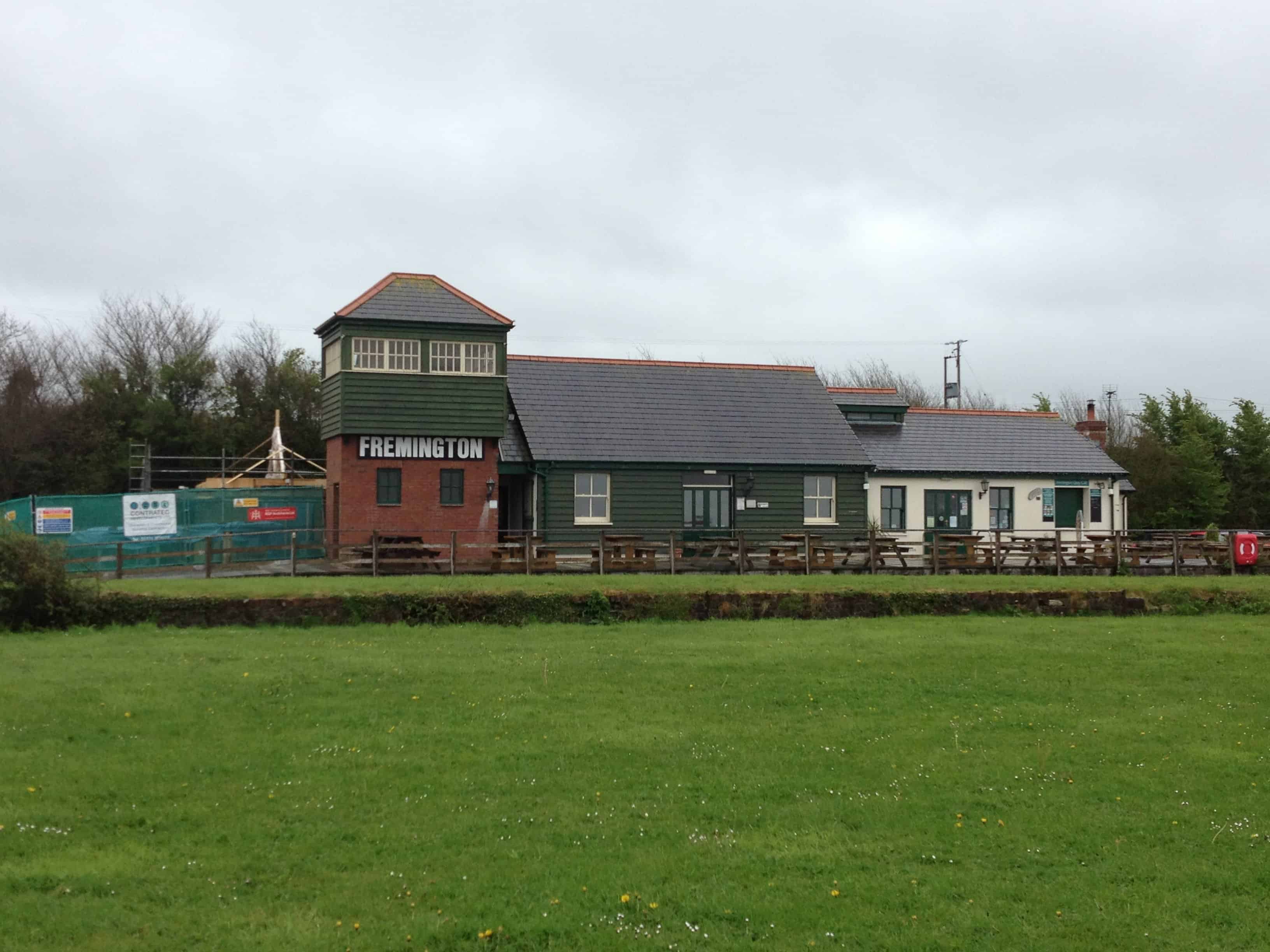 As it was a bit of a dreary afternoon and the fridge was looking bare, Steve said he would treat me to lunch and we popped down the road to Fremington Quay.

Now unless I missed it, I haven't seen anything advertising they do gluten free rolls but Kay told me they did, so I chose from the range of fillings on their baguette menu.

They also have jacket potatoes, which Steve opted for, and a range of gluten free Honeybuns cakes (the caramel shortbread one is to die for!) and some homemade gluten free macaroons - either coconut or almond.

It's an impressive array for somewhere out of the way - and I can imagine if I was on holiday and came across this when cycling down the Tarka Trail I would possible cry with happiness. It's kind of like a gluten free oasis in a desert of bread... 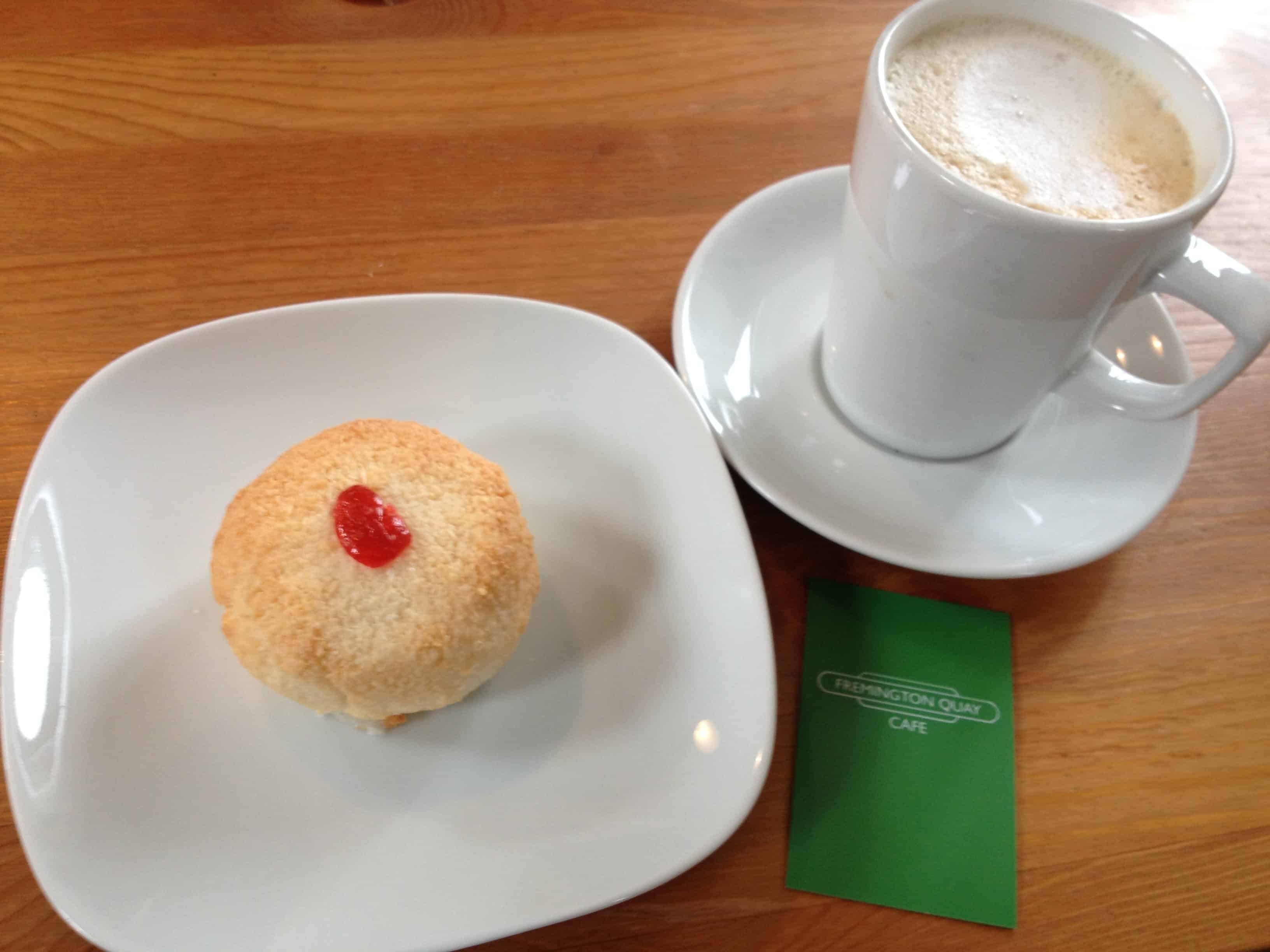 While we were waiting for our food (yep, we like to do things the wrong way round!) we decided to share a coconut macaroon for a starter/dessert.

Home made at the cafe, these are by far the nicest macaroons I've tried. They're not too sweet, not too sticky, and also HUGE, so you get what you pay for!

When the food arrived I was pleasantly suprised. I had seen a 'normal' baguette go out and it was huge - some places tend to end up giving you a piddly little roll and charging the same price, but not here. I was given TWO generous gluten free rolls, stuffed with bacon and brie, and I couldn't wait to get stuck in! 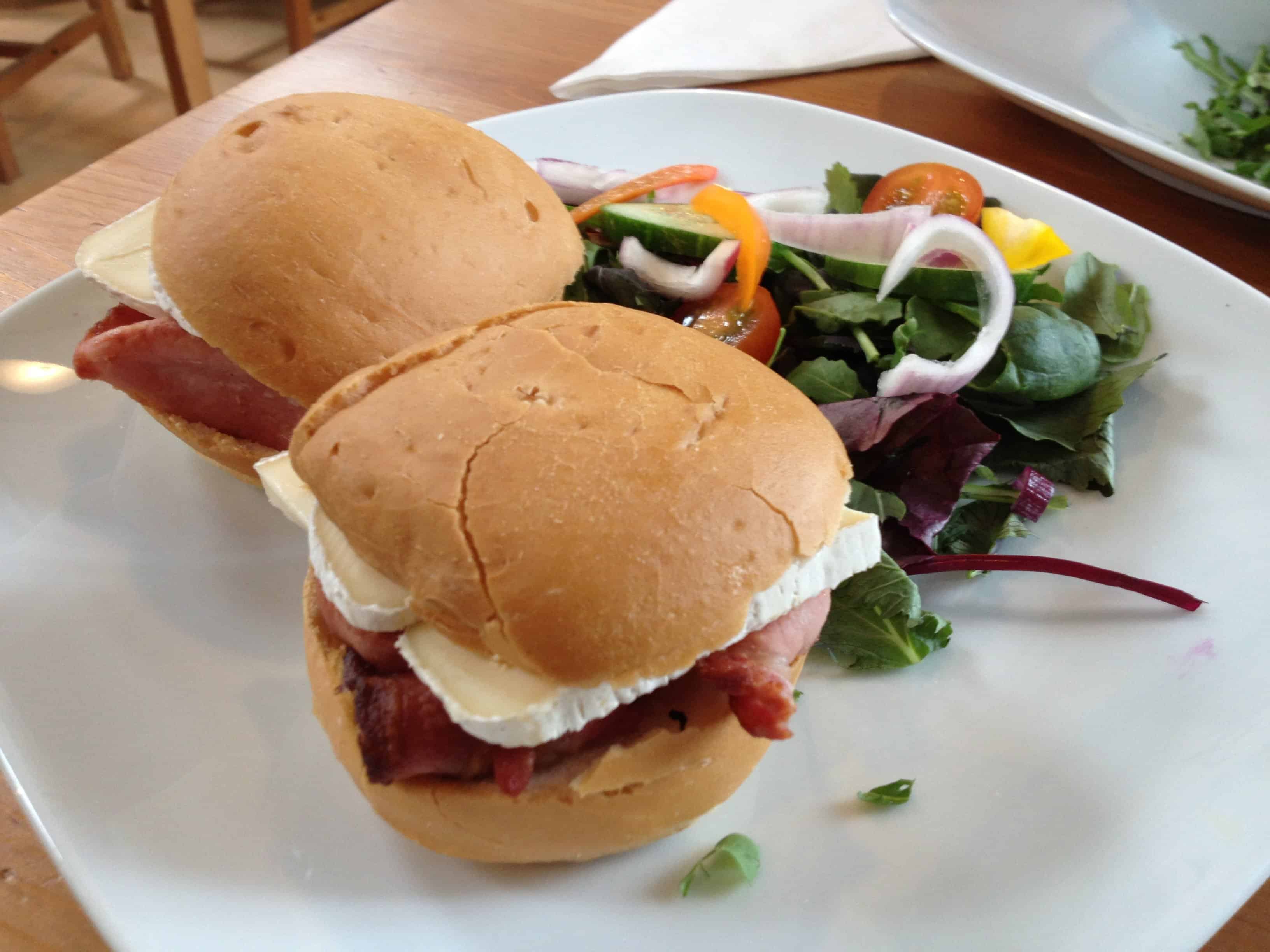 The bread had been warmed through and was soft and tasty - it didn't crumble when you tried to eat it and the rolls had held together really well.

This was actually a really generous portion (it cost around £6 to eat in) and I was impressed with the amount of filling they had managed to fit in. Normally when I make a bacon roll it looks like a car crash...

The salad was really fresh and the bacon was crispy - it was the first time I had eaten any bread in a long time but it was definitely worth the treat!

Steve had a generously filled jacket potato with tuna mayo and sweetcorn, and I also had a latte. The whole lot came to £15, which isn't bad for two meals, a macaroon and a drink! 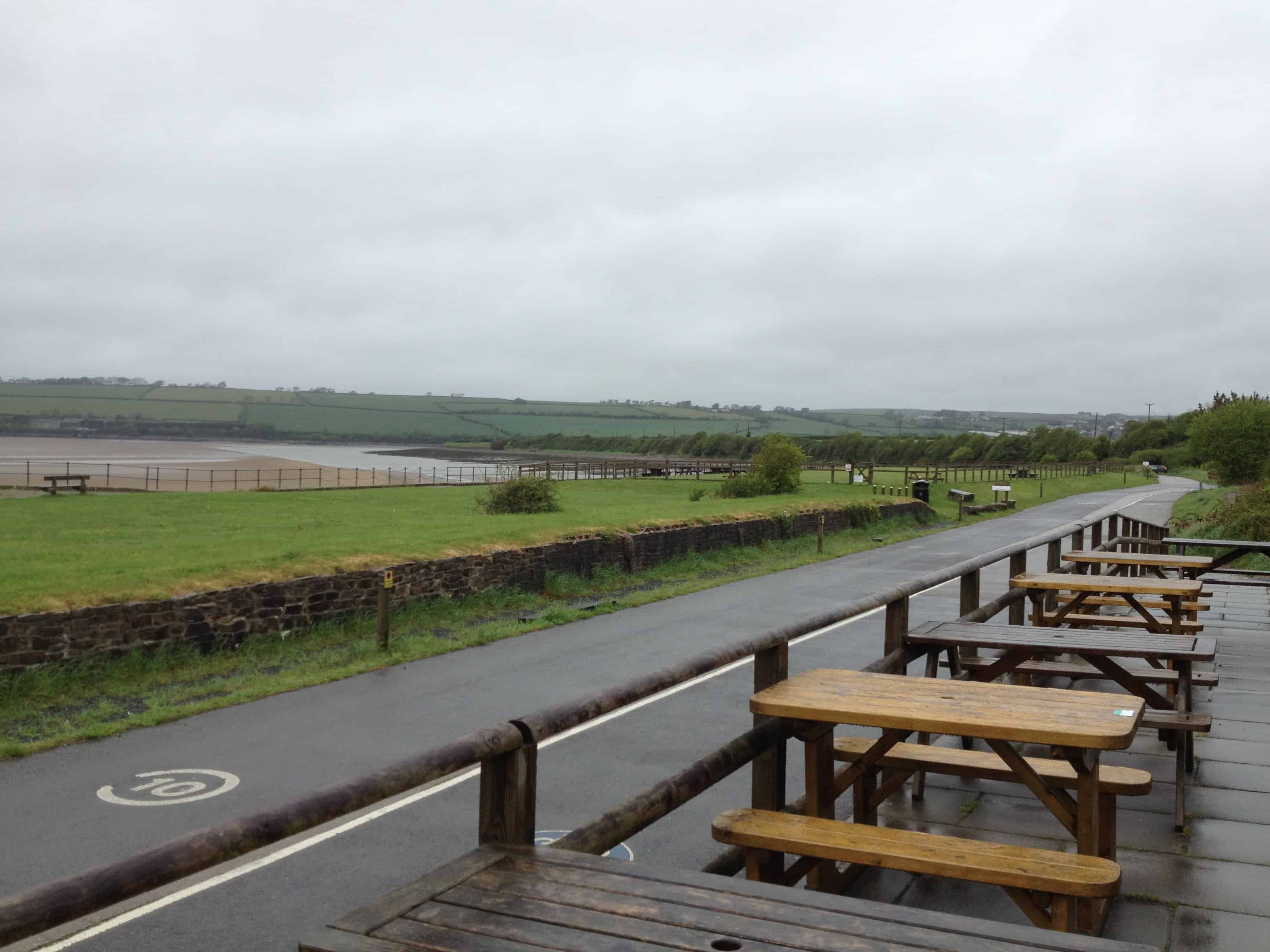 In the summer it's also a great place to walk down to and sit outside with an ice cream. I love the friendly feeling of the cafe and the fact it's always busy come rain or shine.

It's also great to discover new gluten free places nearby - I'm hoping to do a round up soon of great places in North Devon to eat - so watch this space and please comment or email me with any suggestions!