I just had the best carvery in the world. Possibly ever.

I've never been a fan of carvery but since moving house resulted in a lack of oven, there has been a lot of eating out (and microwaving) going on in my household. It's been a mental month - hence the lack of blogging - but today's lunch was just so delicious I had to share it. Immediately.

It was Friday evening in a blind panic when I realised my Dad's birthday was just two days away, I was busy in the evening and I hadn't booked any sort of meal. A Sunday lunch seemed the obvious choice and I set about looking for somewhere in Bideford, North Devon. 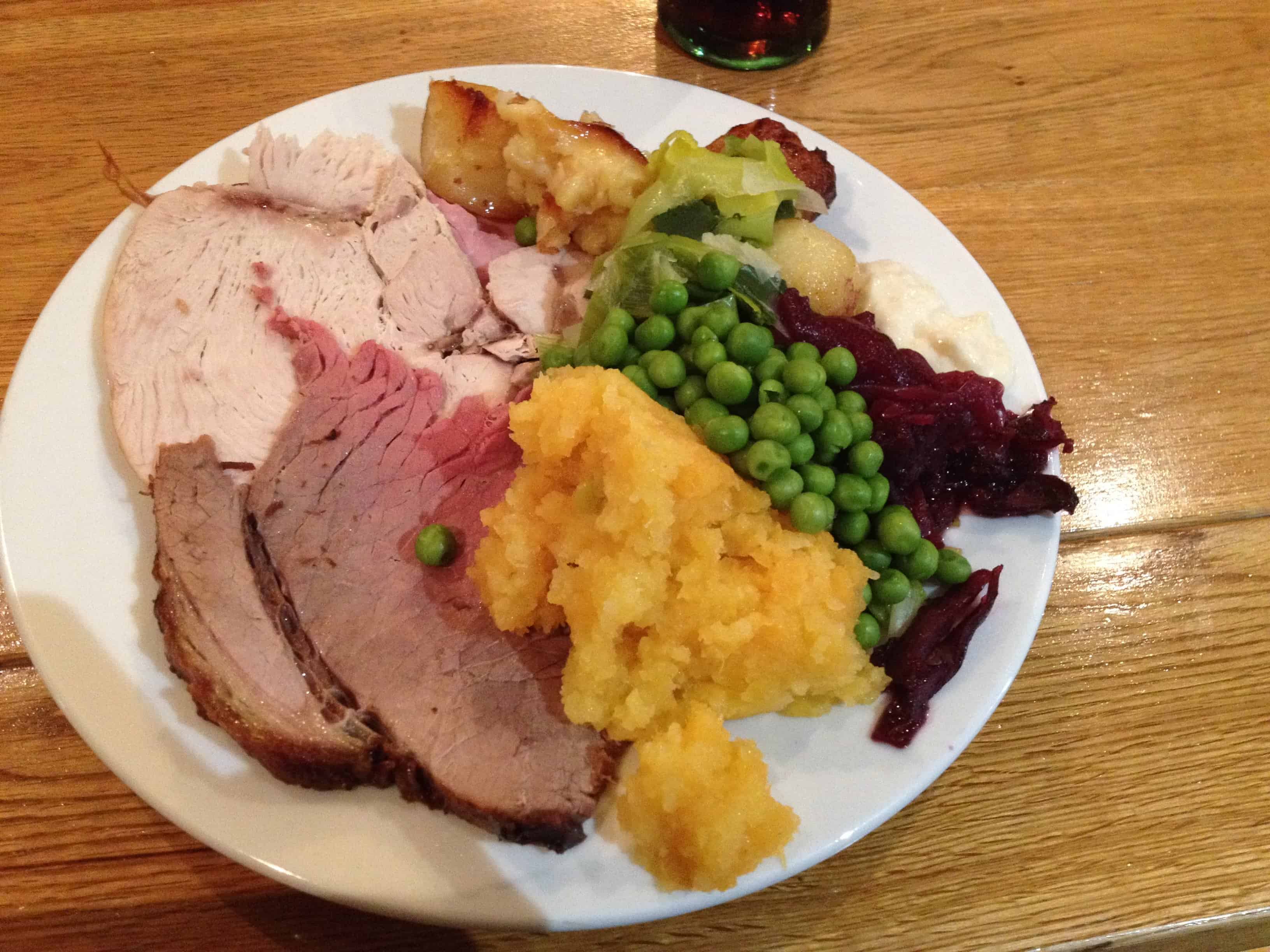 A plate of happiness!

I've always driven past The Riverbank on my way to jobs in Bideford (my patch on the paper I work for) and thought it looked intriguing, but when I came across it on a Google search it seemed a good choice. That and the fact I was sure I had heard before they did gluten free food, so I went ahead and booked.

The bar/bistro itself was lovely - a fresh design inside, with a warm friendly feel and amazing views over the river - I can imagine with the French doors open in the summer months it would be lovely.

The Riverbank has recently come under new ownership so I was intrigued to see how it fared. I asked if they could cater for gluten free (possibly a bit late, I realise, when I'm sat in there!) and was met with an enthusiastic yes from the waiter - 'I'll go and get the kitchen to start preparing your gravy,' he said. A very good start.

My own gravy and vegetables minus gluten-sauce!

Around the corner the delectable carvery spread stretched before us, in front of an open kitchen. I recognised the new owner, Lee Barker, serving up the impressive joints of meat. There was a choice of beef (a little pink, or well done - there were two joints to choose from), lamb, turkey or ham. Already I was impressed.

Lee also explained what I could and couldn't eat. I was impressed to see his knowledge. Too often you are met by chefs who seem to know worryingly little about what actually goes into their meals. But every dish had a separate spoon, and everything was clear. They even bought me out my own cauliflower and broad beans without the white sauce.

But most impressive of all was the gravy, Thick, yummy, meaty home-made gravy that was all MINE. Not watered down, crappy stuff. It was divine.

My, my, this carvery was amazing. The meat was tender and juicy, the veg was delicious - special shout out to the honey glazed parsnips (I hate parsnips, but these were so good!). Gluten free or not, I would certainly recommend this to everyone in the area. My only quip? The service was extremely slow - we found ourselves having to chase waiters and ended up waiting for around 15 minutes until we were served dessert. But I'm hoping I can put that down to a one off.

To find out more about The Riverbank visit their website here.