Wherever I go, I can almost guarantee if there is one thing that is going to be gluten free, it's going to be the chocolate brownie!

So instead of posting countless blogs of brownie upon brownie, I decided to round up a few of the best I have tried recently.

So in no particular order, here's the fruits of my brownie-hunting labour...

Hot brownie and ice-cream at the Custom House 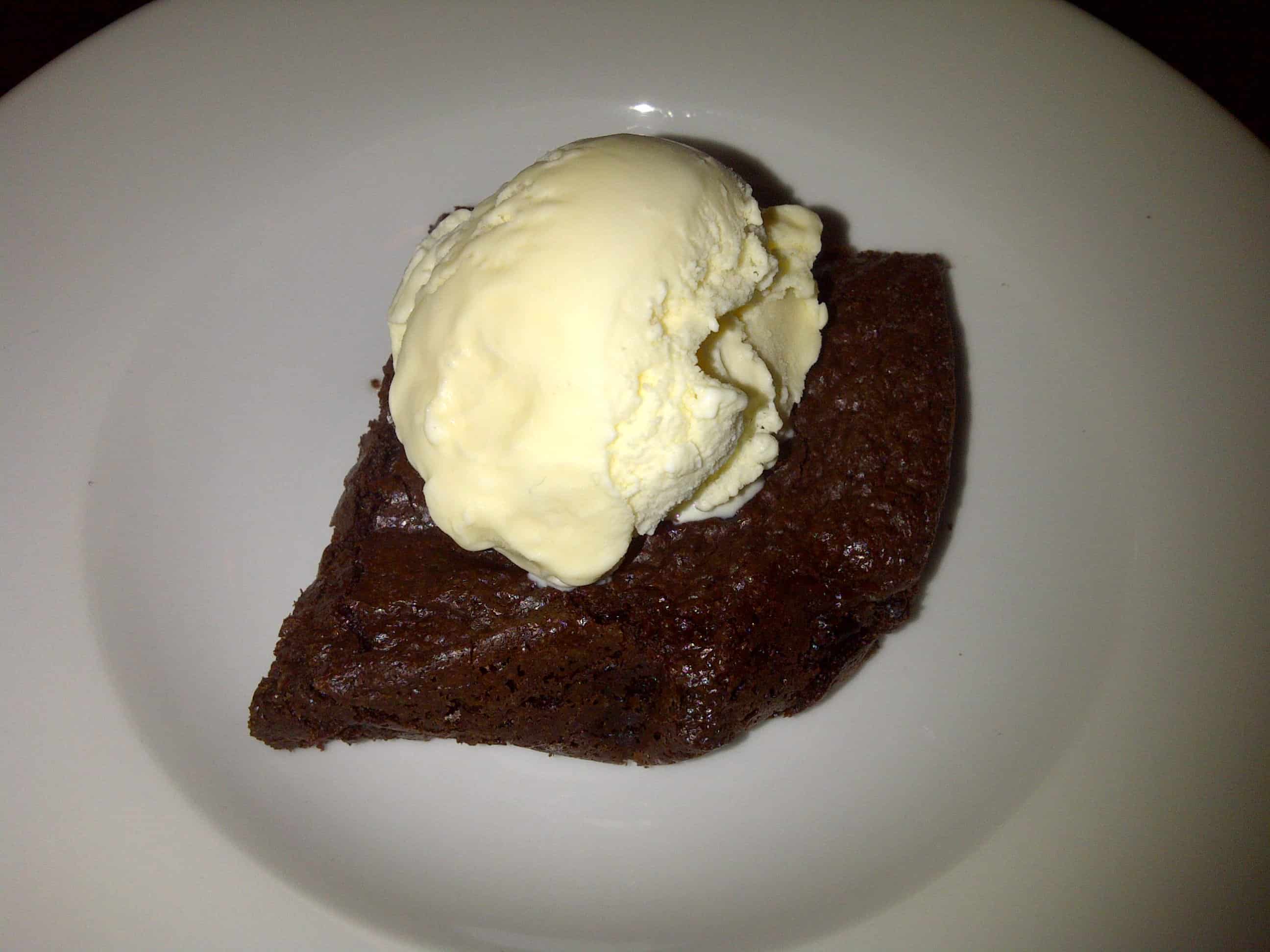 Hot chocolate and cherry brownie at the Custom House

You may have gathered from my earlier post about the Custom House in Barnstaple that it has become my new favourite eatery!

After my burger (gluten free bun with beef burger, blue cheese, salad, chilli sauce and sauteed mushrooms, to be precise!) I was extremely excited to try the gluten free brownies owner Matt told me had made.

These chocolate and cherry delights were served warm and melted in your mouth - perfect with ice cream.

The sweet, rich brownie contrasted perfectly with the tangy cherries and it honestly was simply amazing!

So here's one, unfortunately, I scoffed before I could get a pic! Costa's gluten free brownie really is worth a mention though - soft, gooey and filled with white chocolate chunks - it's the perfect accompaniment to any hot drink!

It's available pre-packaged, normally next to the till, and is always my one-stop when I hit town for some shopping! 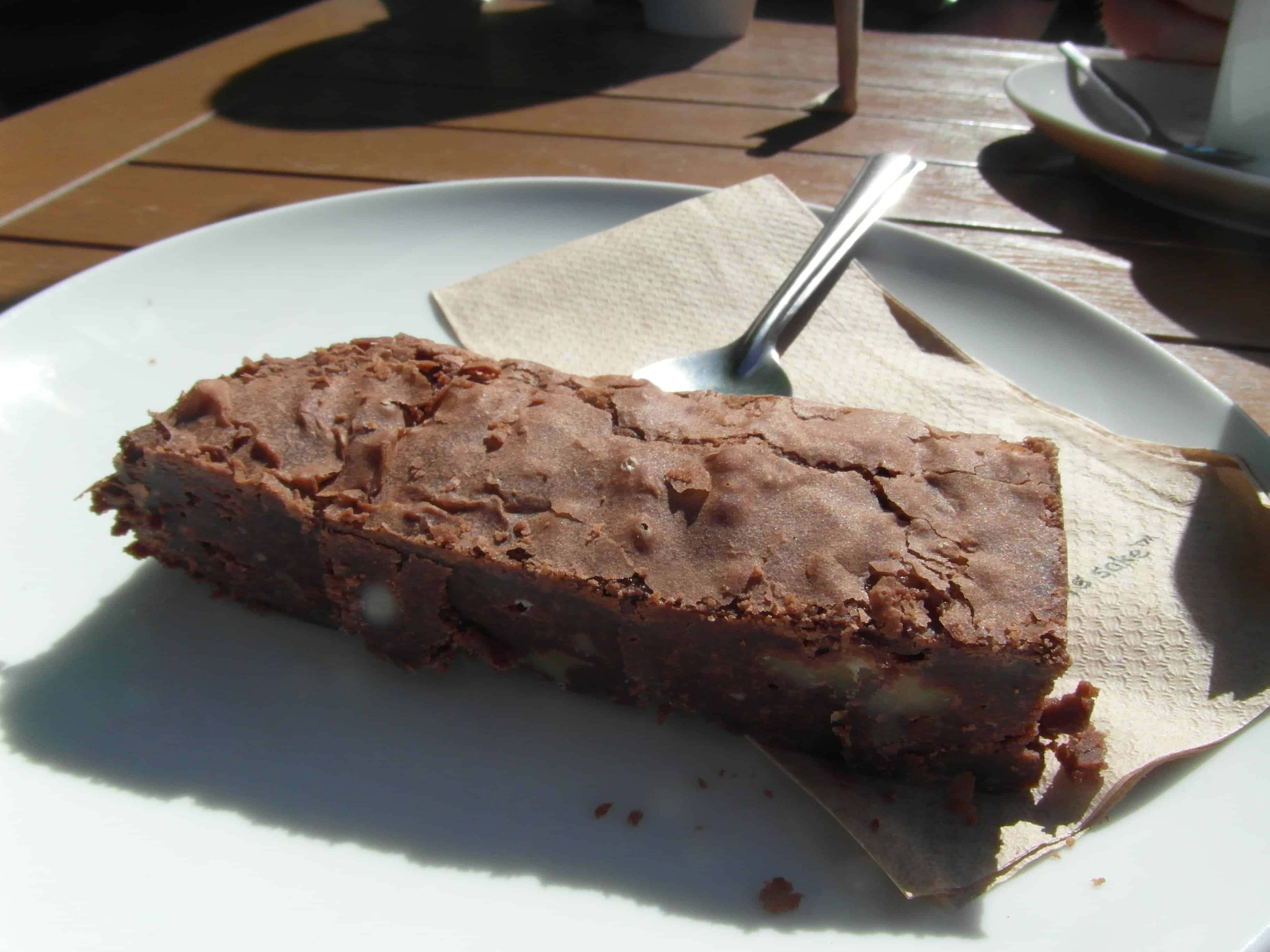 Brownies in the sunshine at Wild Thyme, Braunton

Despite living in Braunton, it took me years to actually visit Wild Thyme and discover their range of gluten free products!

I opted for, shock horror, a brownie when I went there a couple of weeks ago, and even managed to sit outside in the sunshine to enjoy it!

The brownie was delicious - althought served cold, from the fridge I assume - I prefer my brownies warm and melting!

Overall though, the taste was great and it had big chunks of nuts in too - I like a bit of added crunch! 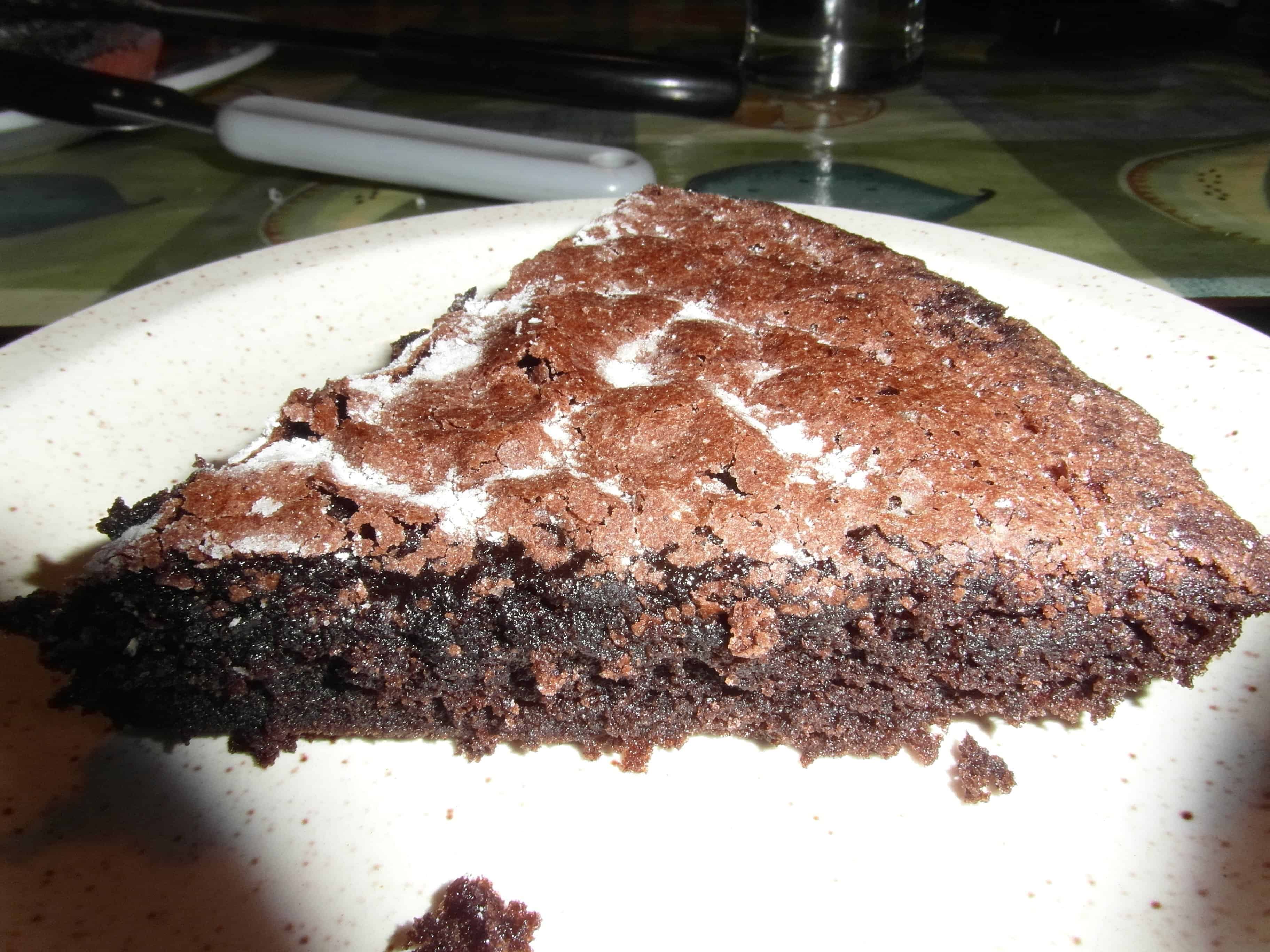 And finally, here's a brownie which is a little bit different!

Coming in a frozen, pizza-sized slab (heaven!!) Fria's gluten free Swedish brownie is such a treat!

It's such a light dessert - unlike a traditional brownie which is normally gooey and stodgy.

The flavour is delicious and sweet without being overpowering, and it really is quite an elegant slice compared to it's 'normal' counterparts.

I was really pleasantly suprised by this brownie, and will be ordering some more again very soon I think!

So overall I have had a very delectable few weeks trying these tasty morsels (Oh, it's a hard life!).

What's the best gluten free chocolate brownie you've ever tasted? Comment below and let everyone know!