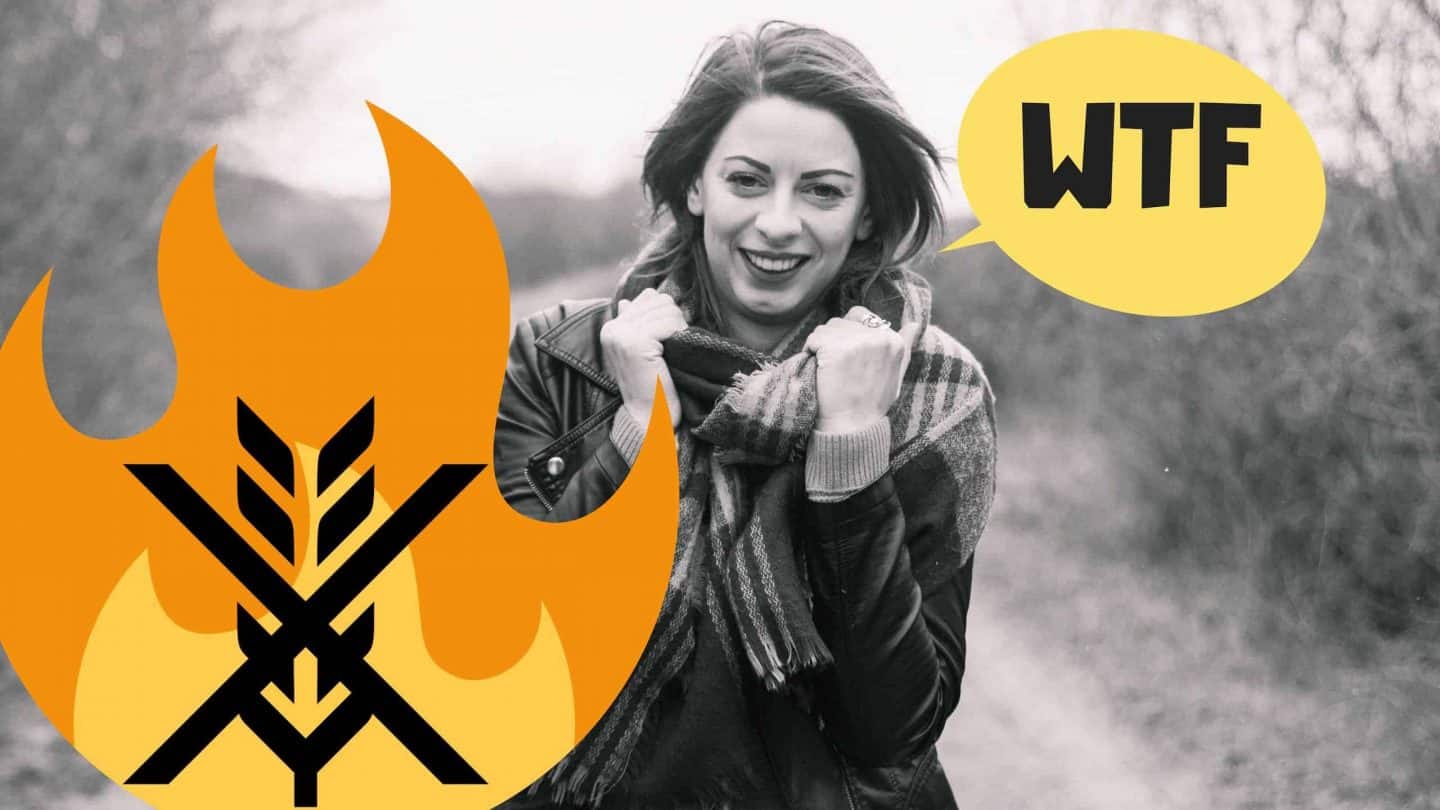 Heat does not ‘kill residual gluten’.

I felt I needed to start this blog post by stating this very obvious fact, because sadly, this sentence has set the gluten free Twittersphere on fire this week. You see, someone had emailed pub chain Wetherspoon and asked if the halloumi fries were gluten free. The response said there were no gluten containing ingredients but that they were could not be guaranteed gluten free due to cross contamination from the fryer. Fair enough – apart from this one, tiny, minuscule detail:

“Due to the high temperature of the fryer this destroys can residual gluten from other products also cooked in the fryer.”

And the best bit? They tweeted this response to Coeliac UK and the gluten free internet BLEW UP.

First things first, this is a pile of crap. I mean, if heat killed gluten, then surely that would be the answer to coeliac disease!? Forget the gluten free diet! Let’s just deep fry everything! Because then we could eat anything we like, right? Because heat kills the gluten? And surely then we would be able to eat anything which had been cooked – pizza, doughnuts, bread, pasta….?

I mean, I feel a tad sorry for the fact that Wetherspoon doesn’t have any social media presence, so this gluten free shit-storm is blowing up and there’s no frantic PR intern to respond to it. But I do hope that this has been flagged to them – and I intend to flag it myself. #PRfail

It worries me that a leading pub chain with a gluten free menu is answering questions like this wrongly. This kind of misinformation is dangerous. And if someone doesn’t know what they’re saying is utterly wrong, they shouldn’t be saying it in the first place. Maybe this person did believe this was true, which in itself is worrying. But telling a customer that is bad. It’s going to make people think they can take unnecessary risks and then they’re going to get glutened. And that ain’t good.

Luckily, it sounds like in most pubs people are advised these are not gluten free. However, I was a little worried when I put this out on my Facebook page and someone said they work for Trading Standards and encounter this a lot. These myths need to be laid to rest because they are dangerous – I’d hate to think how many people have been glutened because they’ve been told something is gluten free when it’s not.

I wrote a post before on 23 stupid things people have said about being gluten free and this week it went a bit mental. Because there seems to be no end to these facepalm-inducing comments, I decided to put this Wetherspoon response on my Facebook page and see what other stupid things people had heard. And there were some absolute gems I tell you!

Gluten free and dairy free are not the same thing

Ok, I expect some people to get muddled, some of the time. Let’s face it, before you had coeliac disease and had to check every label, I bet you weren’t too clued up on food. But the amount of people who said chefs and servers kept muddling the two is crazy! If a chef doesn’t even know that gluten and dairy aren’t the same thing, how can they be an expert in food!? Avoid like the plague.

The oil is filtered so gets rid of gluten

Nope. If something is fried in the same oil as something with gluten in, you’re risking cross contamination. Filter or not filter! Come on restaurants just go for a separate fryer, it’s not that hard!

So I can eat all my food as long as it’s covered in sugar? Candy crusted bacon? Spaghetti with syrup? Chocolate brownies for every meal!? I mean who even says that!?

I just don’t even know what to say to this. I think this is literally the best thing I have EVER heard.

Ok, so this post might sound a *little* patronising or mean. But sometimes you just have to see the funny side, right!? I know not everyone is perfect, but I would expect caterers to have at least a basic level of food and allergens. Especially when you have coeliac disease – it’s not some ‘posh’ diet or healthy fad, it’s actually a serious health condition.

I’d love to know some of the best myths you’ve heard about gluten! Share them in the comments below and if I get enough I might have to do a whole new post!

If you want a giggle or some more of my opinion, give these other posts a read!