Sometimes I find my recipes can come easily but others - like this gluten free vegan millionaire's shortbread - are more of a challenge.

My gluten free millionaire's shortbread recipe is one of my most popular recipes on the blog. But so many people were messaging me upset because they're also dairy free.

With the main ingredients as butter and condensed milk it was a no-go for them. So I thought if I'm making a gluten and dairy free millionaire's shortbread, I might as well make it vegan too!

When I get an idea for a new recipe I have to get it perfect before I share it with you guys. Because there's nothing more frustrating than when you want to make a recipe and it just fails, right? A

nd that's exactly what I encountered when trying to make this gluten free vegan millionaire's shortbread recipe. It turns out, a lot of people do not test their recipes before publishing them!

The gluten free shortbread was an easy substitution. I knew the Stork baking block (in the foil) was a dairy free, vegan option for baking which works really well.

It was a straight swap from my original shortbread recipe and it worked perfectly - the only difference was I made slightly less to the shortbread layer was a little thinner.

This was down to making less caramel than my original recipe - but we'll get to that shortly! 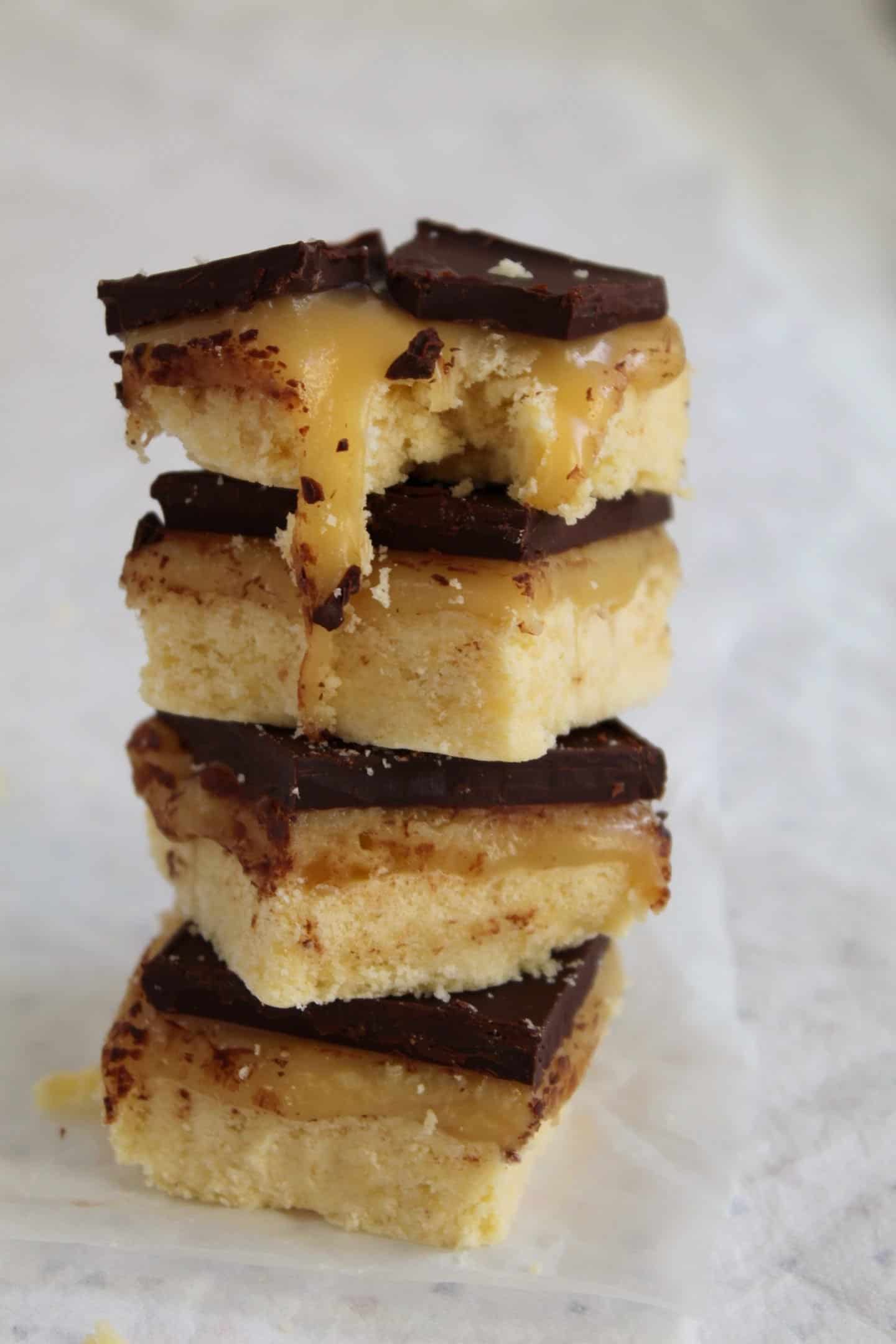 The problem lay in making the vegan caramel for my gluten free vegan millionaire's shortbread. I saw a lot of recipes made a vegan caramel from dates but this wasn't the route I wanted to go down.

Don't get me wrong, I love dates - but I wanted to create a vegan caramel which was sticky, gooey and delicious - just like the non-vegan version!

My first mission was to try to create my own condensed coconut milk to replicate normal coconut milk.

This, it turned out, was to become a journey of ups and (mostly) downs. I used this Bigger Bolder Baking recipe to make my own condensed milk, which turned out just as I wanted it to. 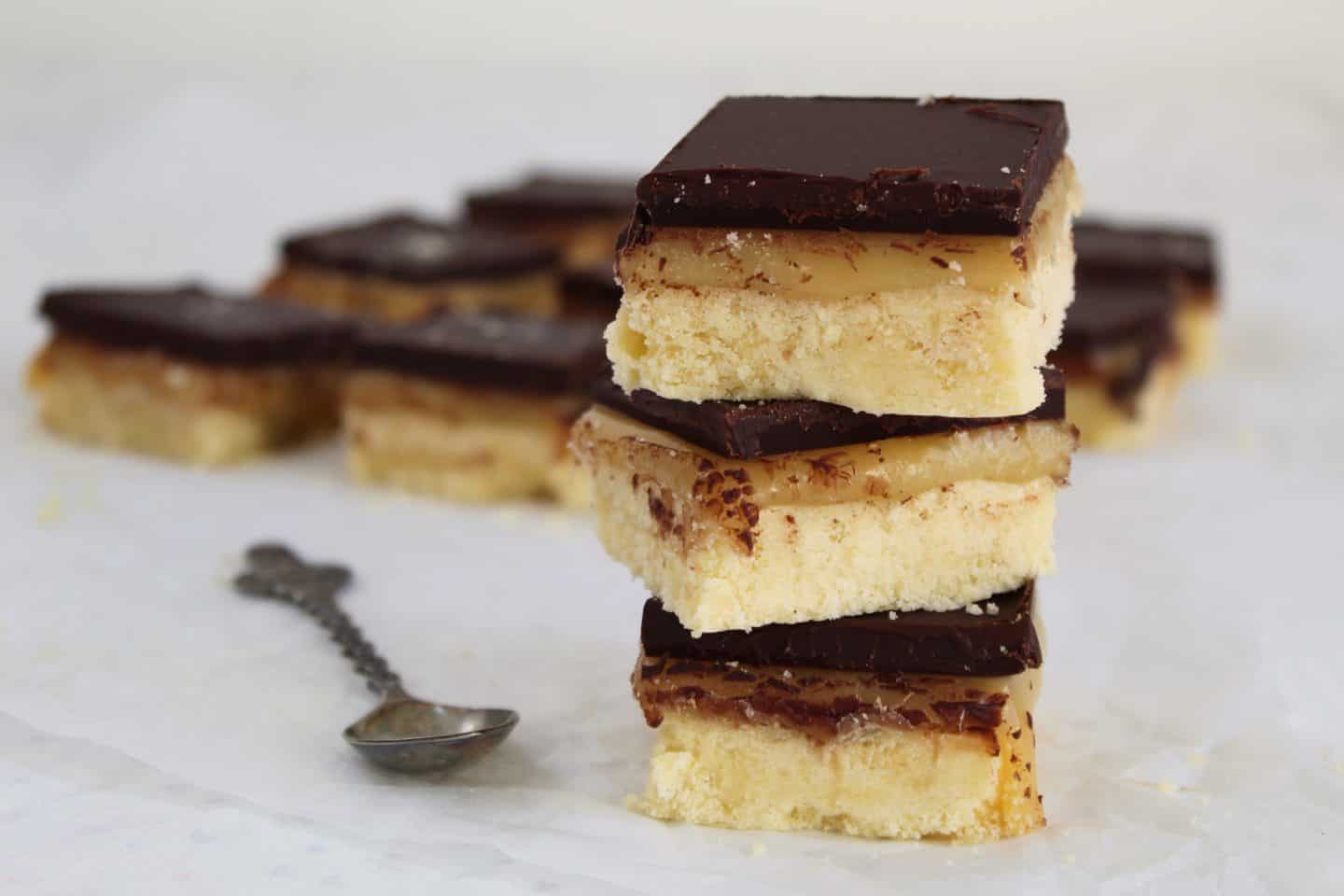 The problem came when I tried to transform it into caramel. It would either not set and just separate into a crystallised solid and liquid mess.

Or it transformed into the weirdest, glue-like texture. No matter how many combinations I tried, it just would NOT work.

And then I found out about this vegan condensed coconut milk on Amazon and IT WAS A GAME-CHANGER. (You can also buy a multi-pack of three here like I did so you can make even more!!)

Like, I cannot even describe it. It just changed my whole recipe in that it worked exactly like normal condensed milk. 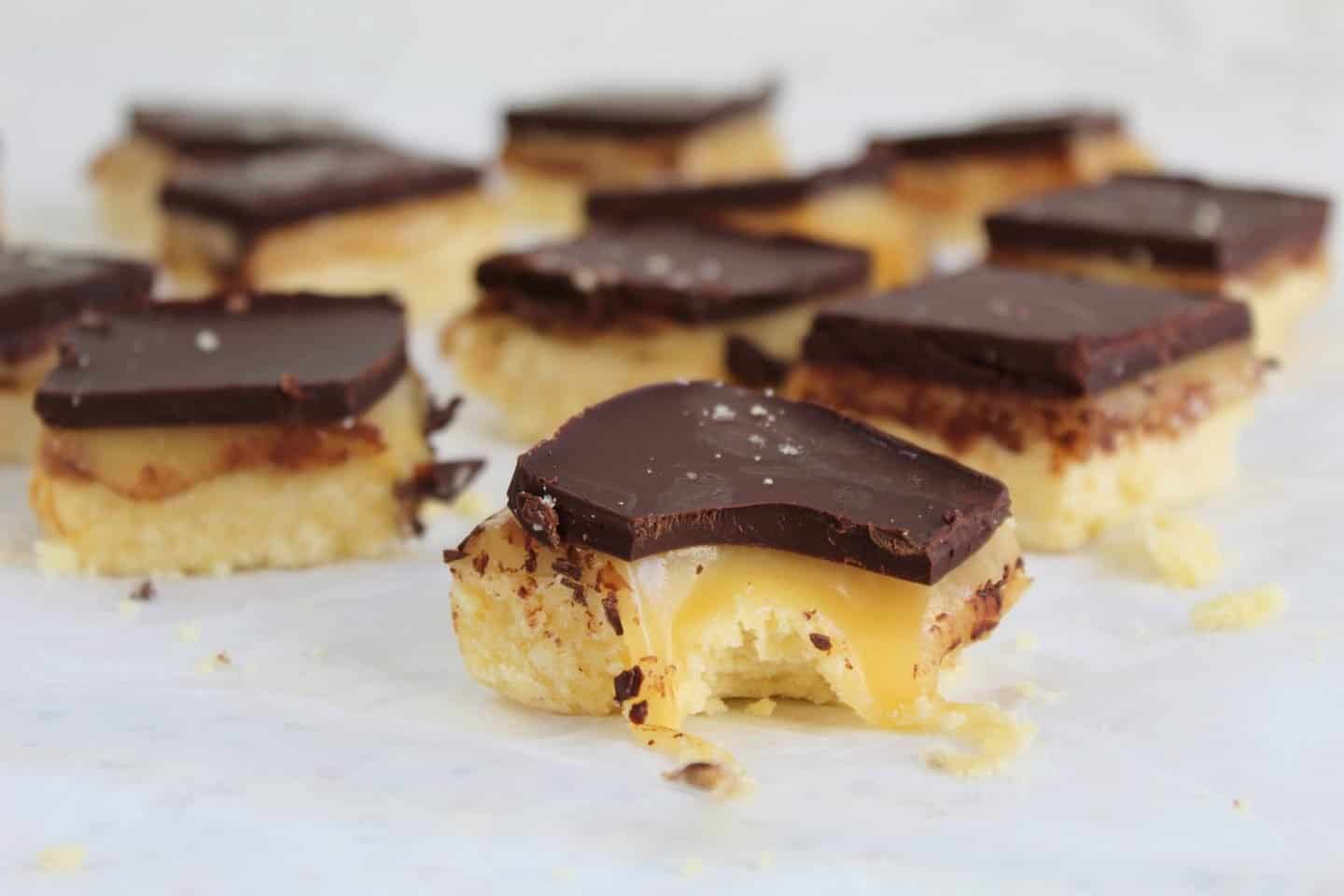 So here it is, the recipe which has taken me weeks to master but is finally HERE!

My gluten free vegan millionaire's shortbread recipe! I really hope you love this recipe as much as I do - and don't forget to buy this vegan condensed coconut milk to make it!

If you want to have a go at some of the other gluten free baking recipes on the blog, why not give some of these a try?

If you do make this recipe please let me know! I’d love to see your photos using #theglutenfreeblogger, share them in my Facebook group or tag me on Instagram.

And if you have any recipe suggestions, please let me know in the comments what you’d like to see next! Oh – and don’t forget to sign up for my e-newsletter where you’ll know about all my latest posts and competitions first!