I've been very lucky over the last few weeks to attend two awards ceremonies - one at the luxury, five star Landmark Hotel in London, and one at The Bristol Hotel in Bristol. (Part of the reason why I have been on a bit of a blogging hiatus, so my apologies!)

It's always a worry going to these sorts of thing when you're on a gluten free diet, surrounded by other professionals in the industry you feel a bit like the awkward one asking for gluten free. Luckily, in both cases I was asked in advance of any dietary requirements, and I'm happy to say both cases catered for me just fine.

Apart from one thing. Bloody fruit salad for pudding.  At the risk of sounding like an ungrateful brat, does anyone else feel like hurling the fruit salad at the wall when it's placed in front of you? I must say, at both hotels the fruit salad was very nice, but when everyone else is scoffing on cheesecake, it's so disheartening. I mean, they knew in advance I was coeliac, surely a five star hotel could have come up with something a little more inventive than fruit salad? It drives me absolutely bonkers.

Aside from this, here's a little sneak at the food I got. It was chicken in both cases - no surprises there - but the hotels did differ a little in their style of catering for my gluten free diet. It must be difficult to do when you're preparing food for several hundred people, so kudos to them for not accidentally glutening me - that's a good thing at least.

For a five star hotel, I have to admit I was disappointed in the food. The starter was nice - everyone else had delicious-smelling fish cakes, but as a gluten free-er I got the vegetarian option - grilled veg with a basil oil dressing. It was nice, but I did have food envy over the fishcakes. I did get my own two slices of bread though, which came out still its sealed packet so as not to be contaminated. 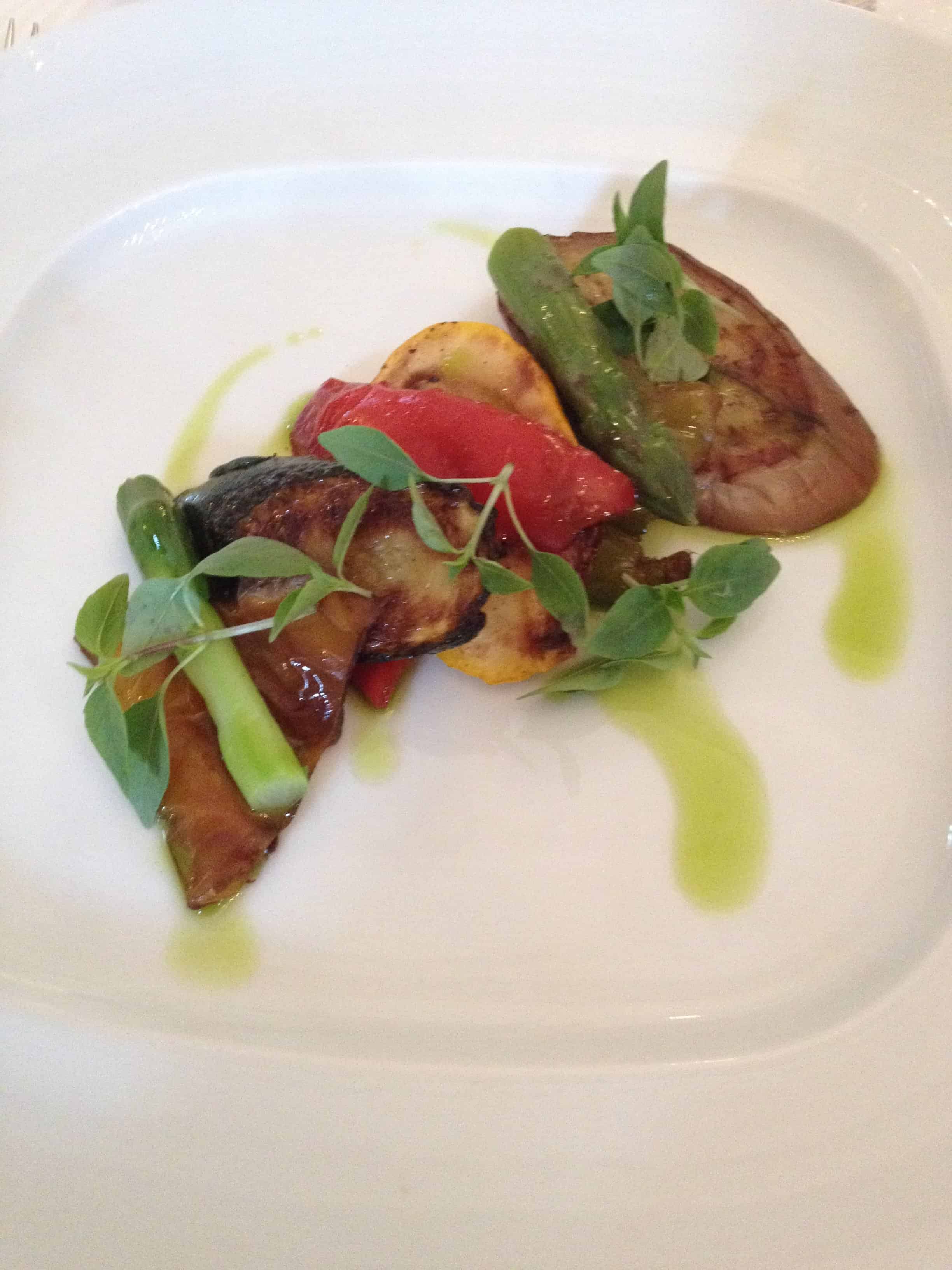 The next item on the menu was chicken and risotto - great, I though, risotto is nearly always the gluten free option, right? Wrong. I got chicken (with no herbs like everyone else) and mash potato. No seasoning. Nothing. At least I can't complain they weren't being too careful.... 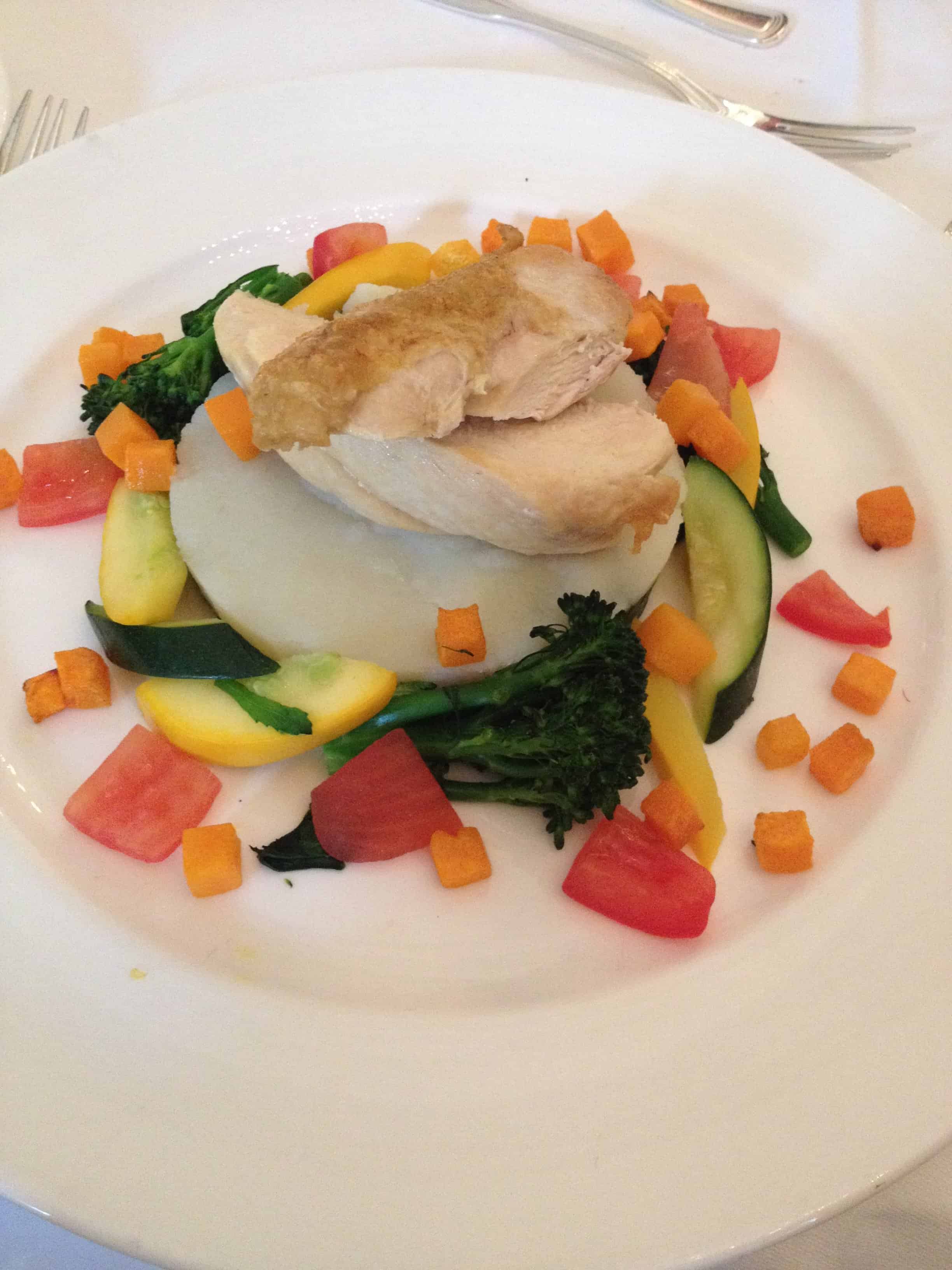 As for dessert, well, the fruit salad was beautifully presented and even came with a palm leaf, but while I can't fault it, it was still fruit salad. 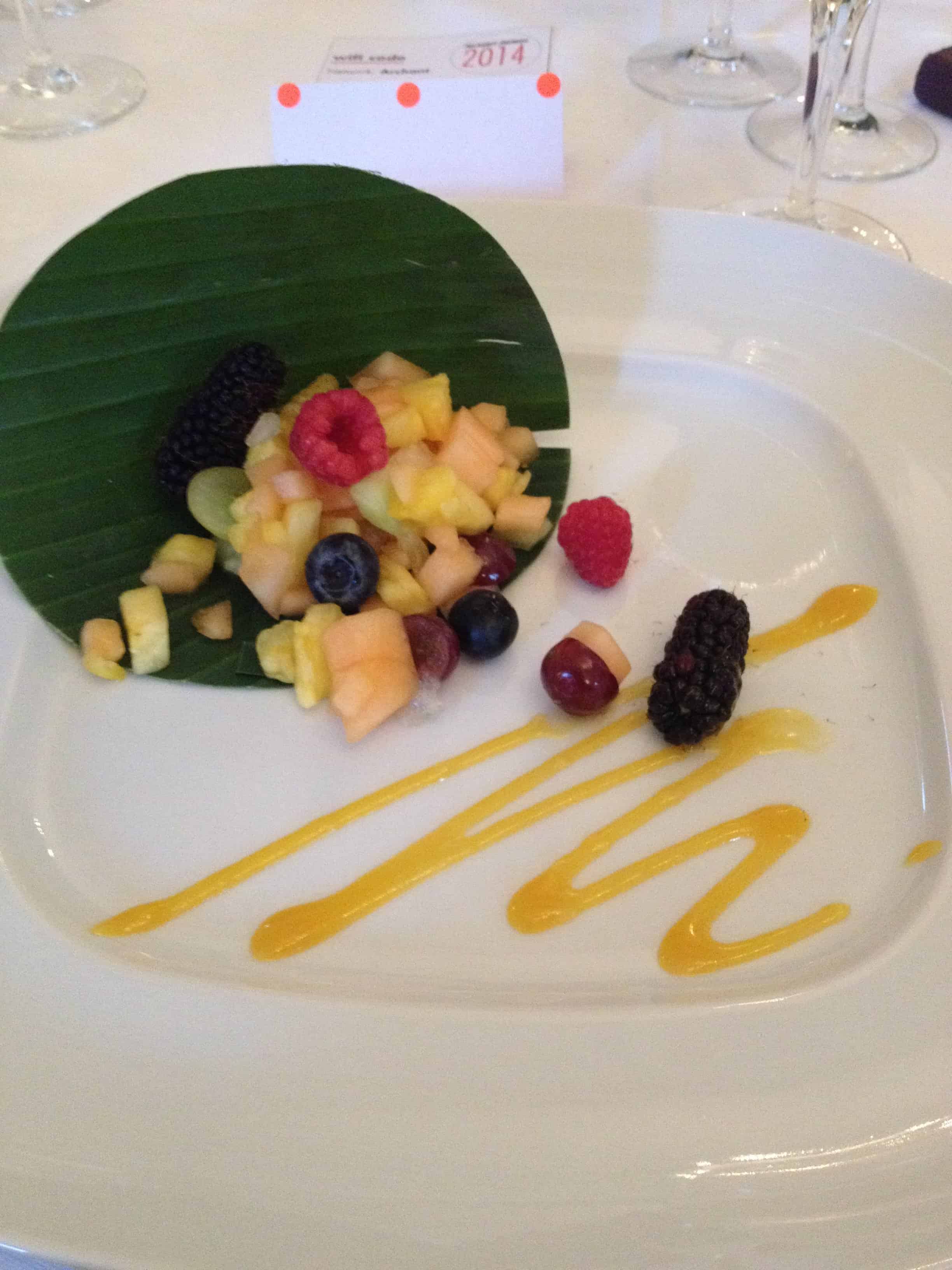 For such a fine establishment which took my breath away with its decor, the food was such a let down - most people around the table were adding salt and pepper to their meals - a little disappointing, but with free champagne and a great awards do, I can't really complain - it was a brilliant trip!

The second do I attended as at the Bristol Hotel, and again, the meal was chicken. This time I was surrounded by the crème de la crème of the South West's media.  This time we had a two-course meal, with bread passed around at the start - though none for me, unfortunately!

The main course was chicken once more. This time I got the same as everyone else, apart from my own gluten free gravy. The waitress was more than helpful once I pointed out my dietary needs, running to the rescue to confiscate a 'normal' dish someone put in front of me. The food was simple and tasty - though I could have eaten the same portion again!

When dessert came around, I watched everyone begin to tuck into their delicious looking white chocolate cheesecakes when, you guessed it, the fruit salad made its appearance. Despite its simple look, I have to admit it was one of the best fruit salads I've had in a while. The fruit was all fresh, and full of tropical treats such as mango and pineapple - my favourites! 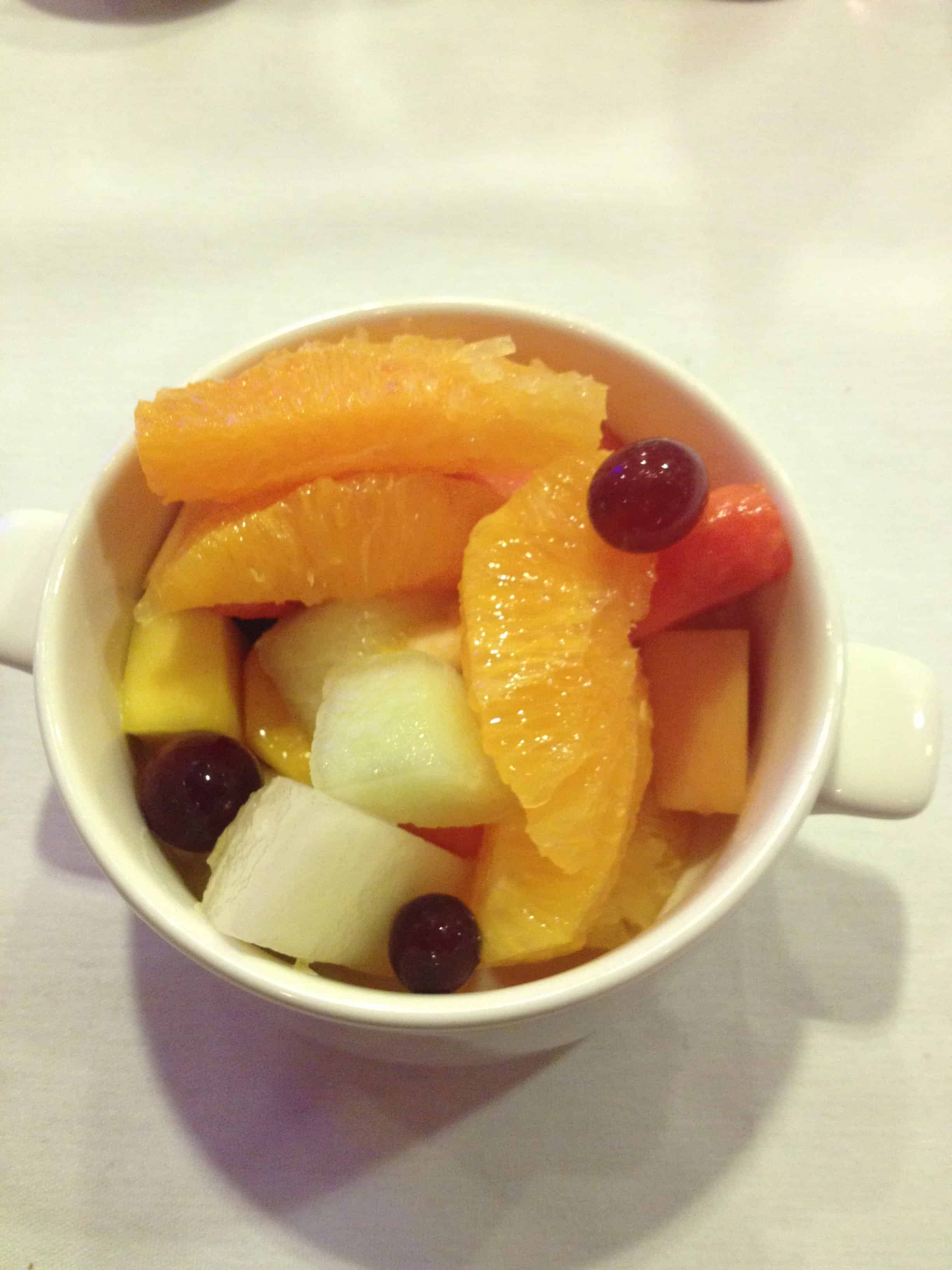 I absolutely cannot fault the fact that my diet was catered for - it could have been a total nightmare and the fact that both hotels gave me my own special dishes was great. But it's not hard to order in a stock of gluten free cake or brownie for the freezer, or conjure up something a little more inventive than fruit salad, however beautifully it is presented. At the risk of sounding like a spoilt child - it's just not fair!

That being said, I had an absolutely amazing time, and am thoroughly proud of the achievements of the team at the Gazette - if anything it was the best day out and great fun having post-award drinks in Bristol!

How have you coped at catered dos? Do you get stuck with the fruit salad too? Please share your good and bad experiences in the comments section below!