If I told you I had come up with a recipe for protein doughnuts - aka 'pronuts' - which was gluten free, vegan and less than 150 cals each - what would you say?? Too good to be true? Well, my friends, you are in luck - because these are AMAZING and they are REAL!!

These protein doughnuts are based very loosely off the gluten free maple peanut glazed doughnuts which I made last week - except these ones are made with a mixture of coconut flour and Protein Pow's vegan cooking mix. 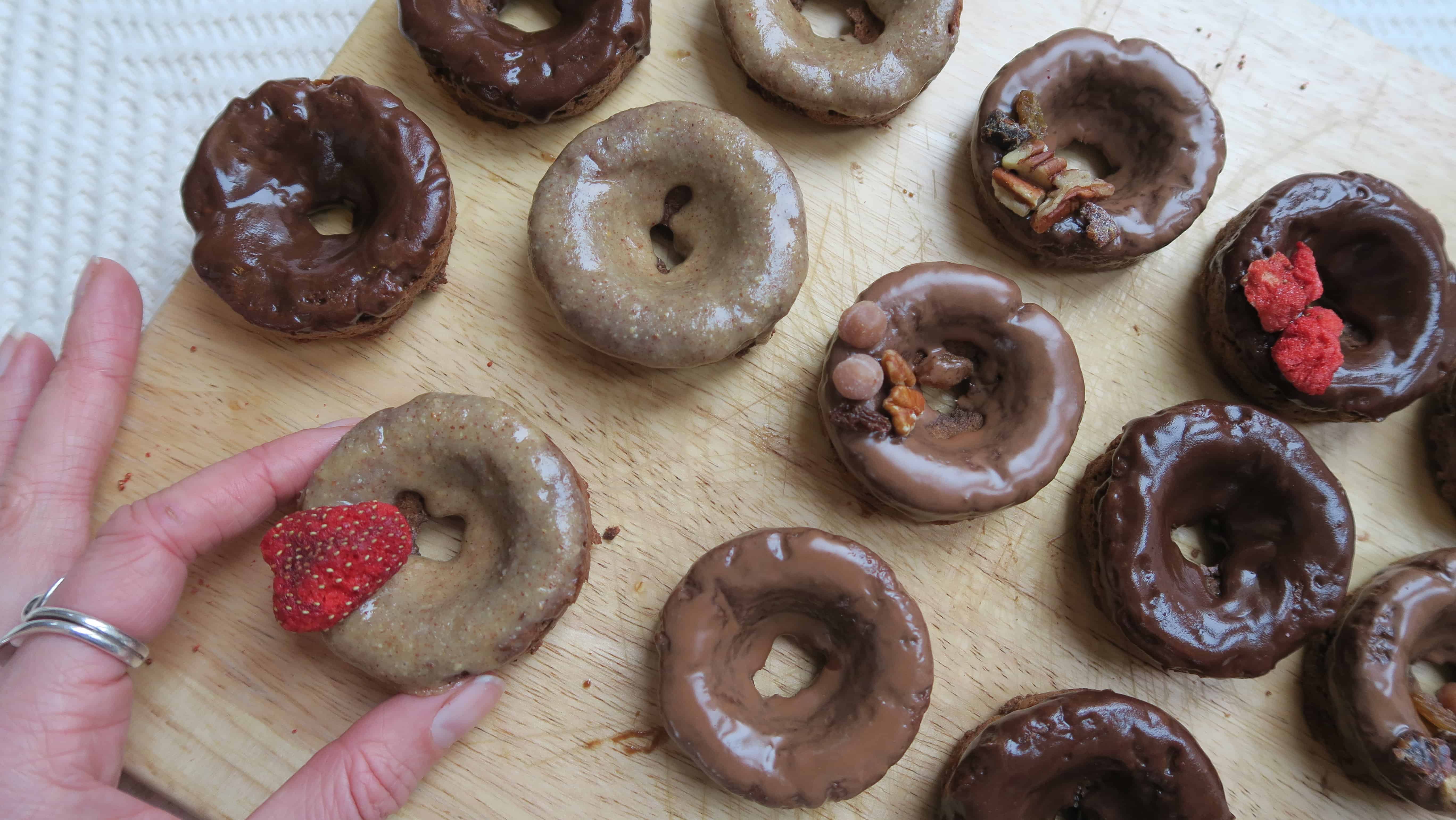 And the reason I know these doughnuts are good? Because Steve's mum - who says, and I quote: 'all gluten free good tastes like cardboard' - actually loved them! Believe me, this is a huge compliment, as she normally isn't so keen on protein bakes... or gluten free ones for that matter! 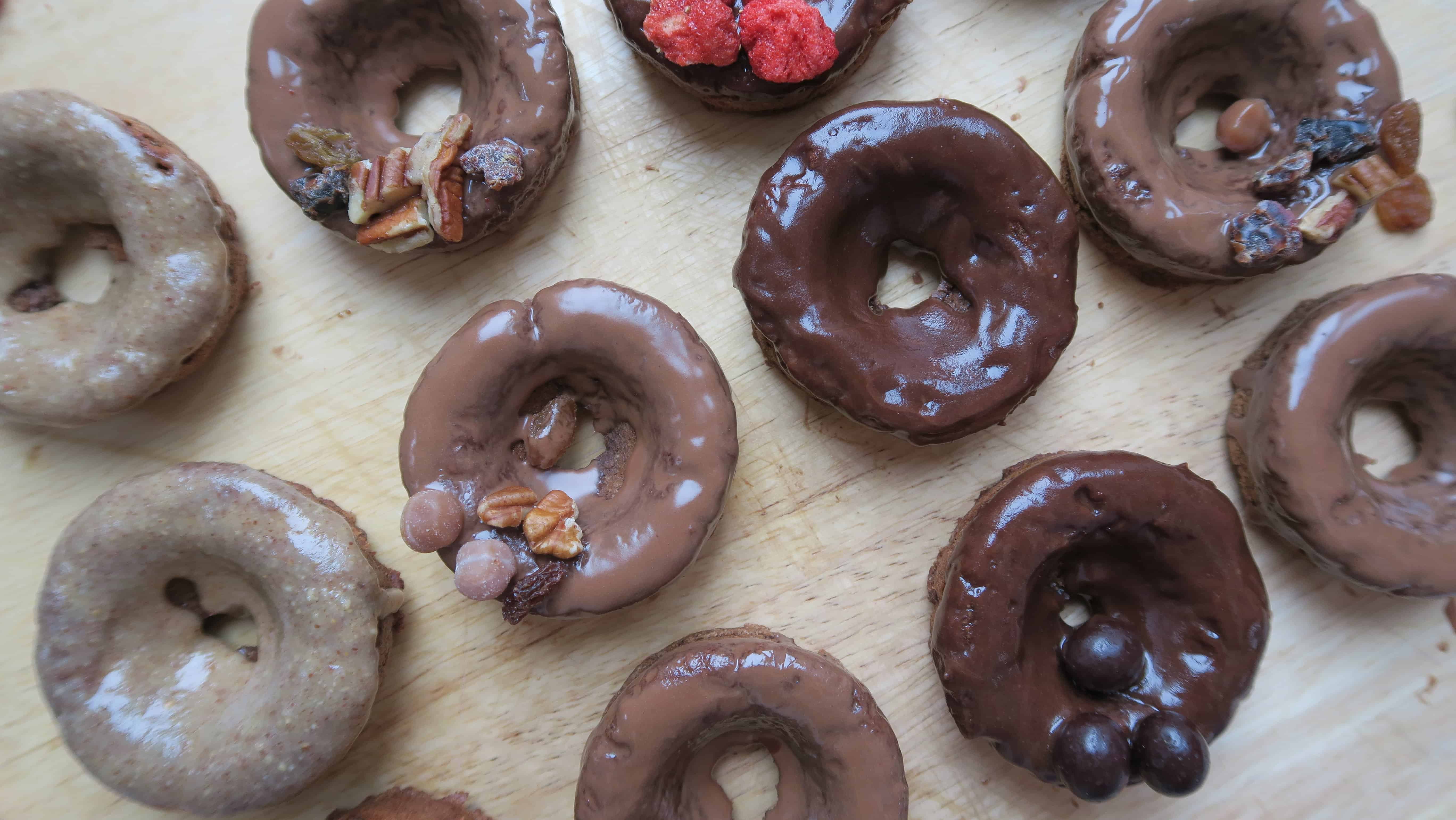 I decided to opt for three different glazes with these protein doughnuts, all of them gluten free, low carb and free from refined sugar. This means each doughnut is 150 calories or less, and only around 13g of carbs each - which is perfect for a sneaky treat! 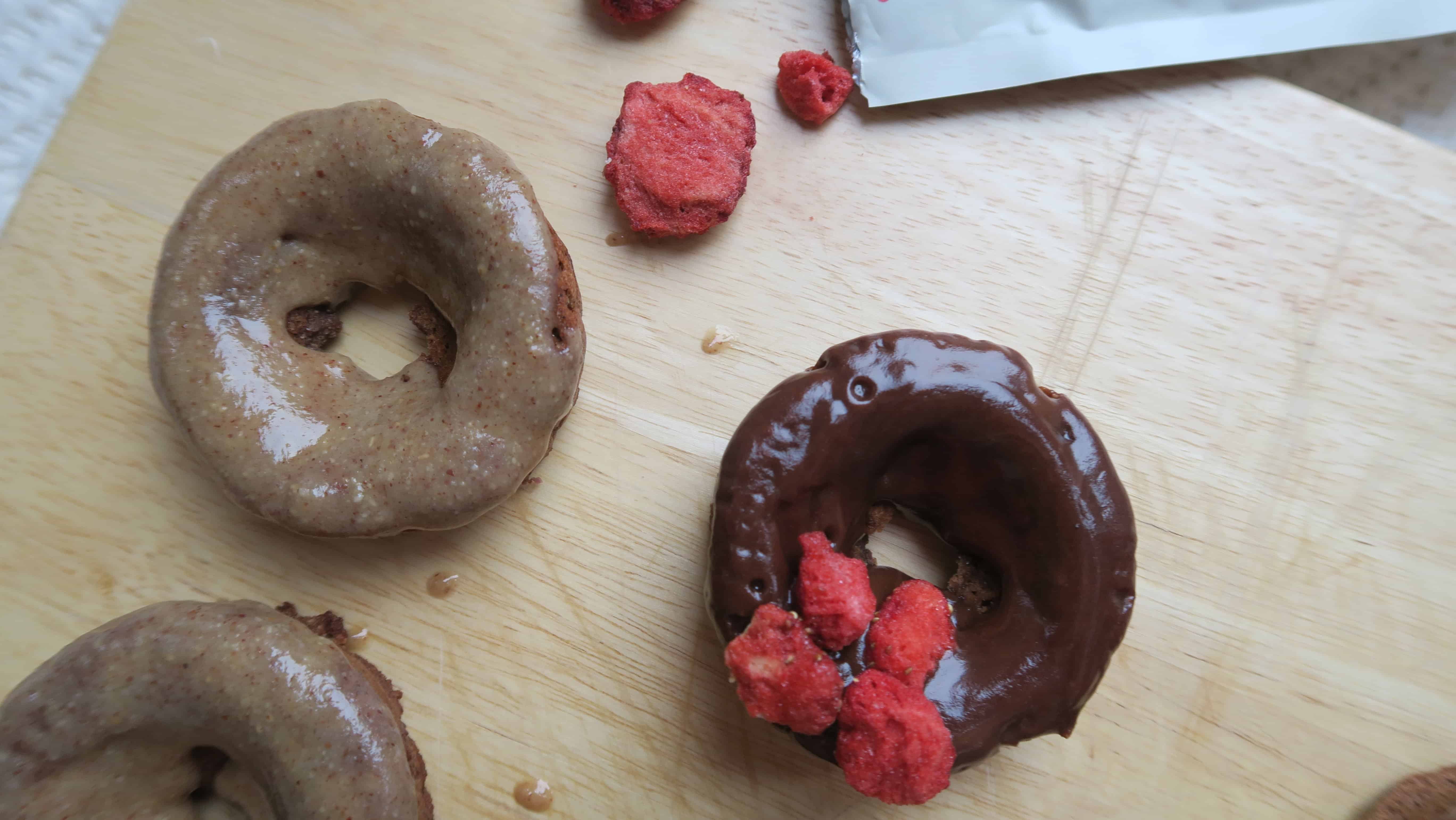 The recipe for the doughnuts is below - but first a quick run-down of the different flavour glazes and the extra toppings I used. I've also included the macros, but these don't include the extra 'bits' - just the doughnuts and the glazes. 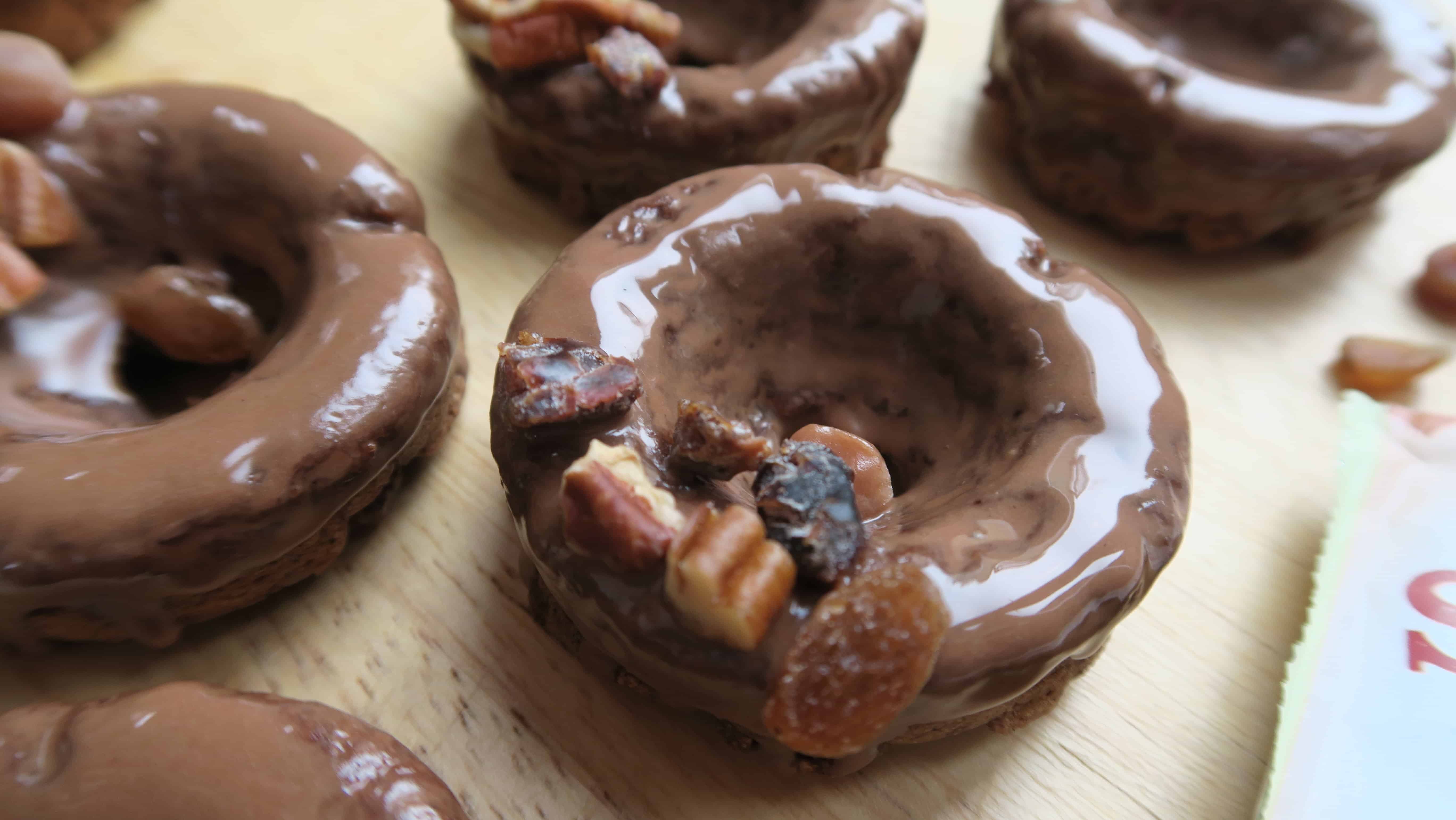 This was the first topping I came up with, and was simply a mixture of melted milk chocolate chips and coconut oil. To keep it dairy free you could opt for a dark chocolate, but milk was all I had in the house at the time! I also used a Whitworths toffee and peacan shot for some decoration - a mixture of toffee pieces, dates, pecans and sultanas. 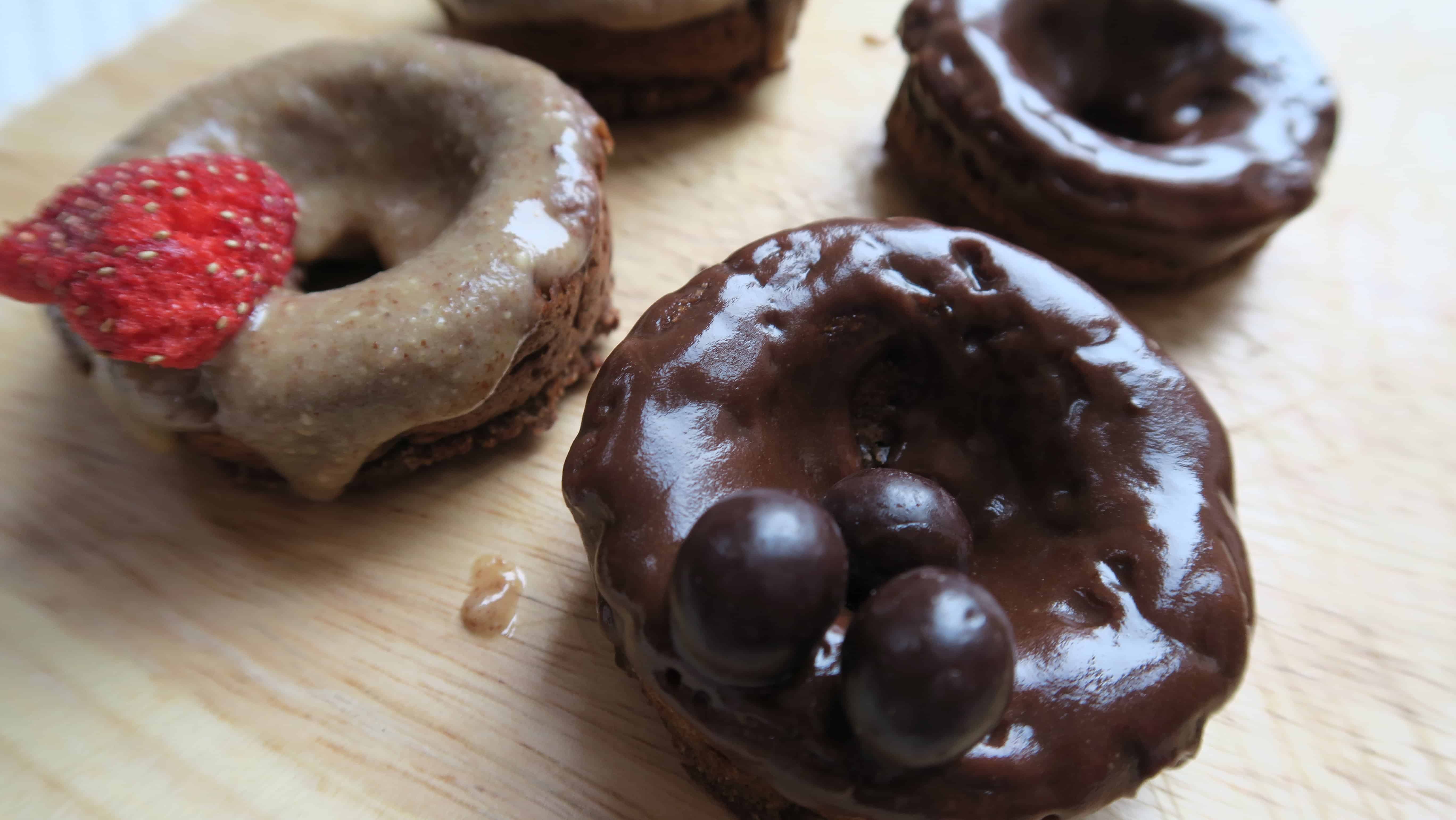 For the darker coloured glaze, I simply used the same glaze as the coconut chocolate ones, but added a teaspoon or espresso shot from my Nespresso. This added a lovely depth of darkness and also thickened the glaze up. I had some leftover dark chocolate-covered coffee beans from Marks and Spencer I got given for Christmas which I used to decorate these. 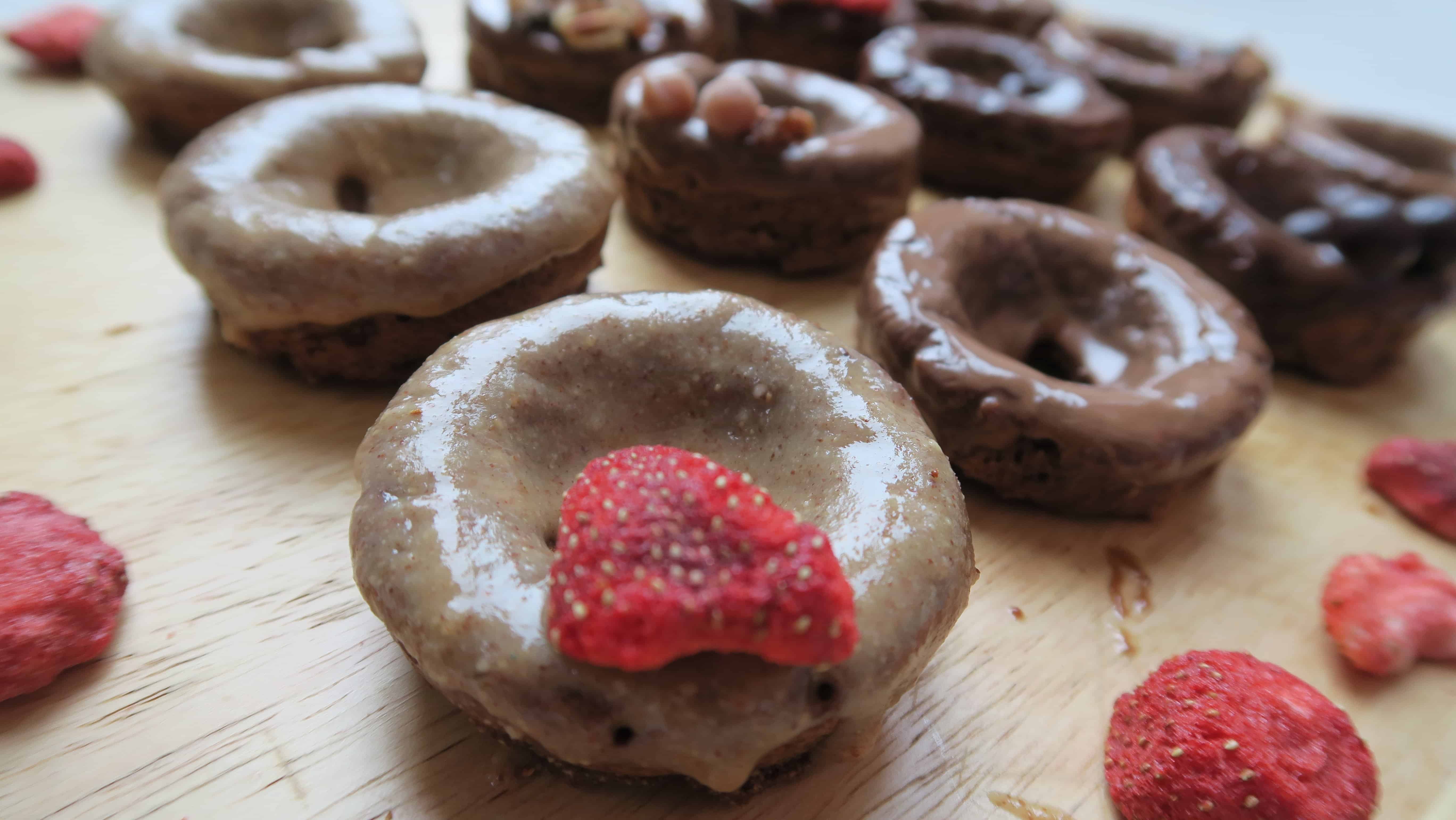 For these doughnuts I used a similar glaze to the gluten free maple peanut glazed doughnuts I made previously. I am a tad obsessed with the Meridian Foods peanut coconut butter at the moment and so I mixed this with some coconut oil and maple syrup to create this glaze. I topped them with some freeze-dried strawberries from The Snack Organisation Presents which were delicious - it was very hard not to eat the whole pack!

For the chocolate coconut topping

For the coffee topping

For the peanut topping 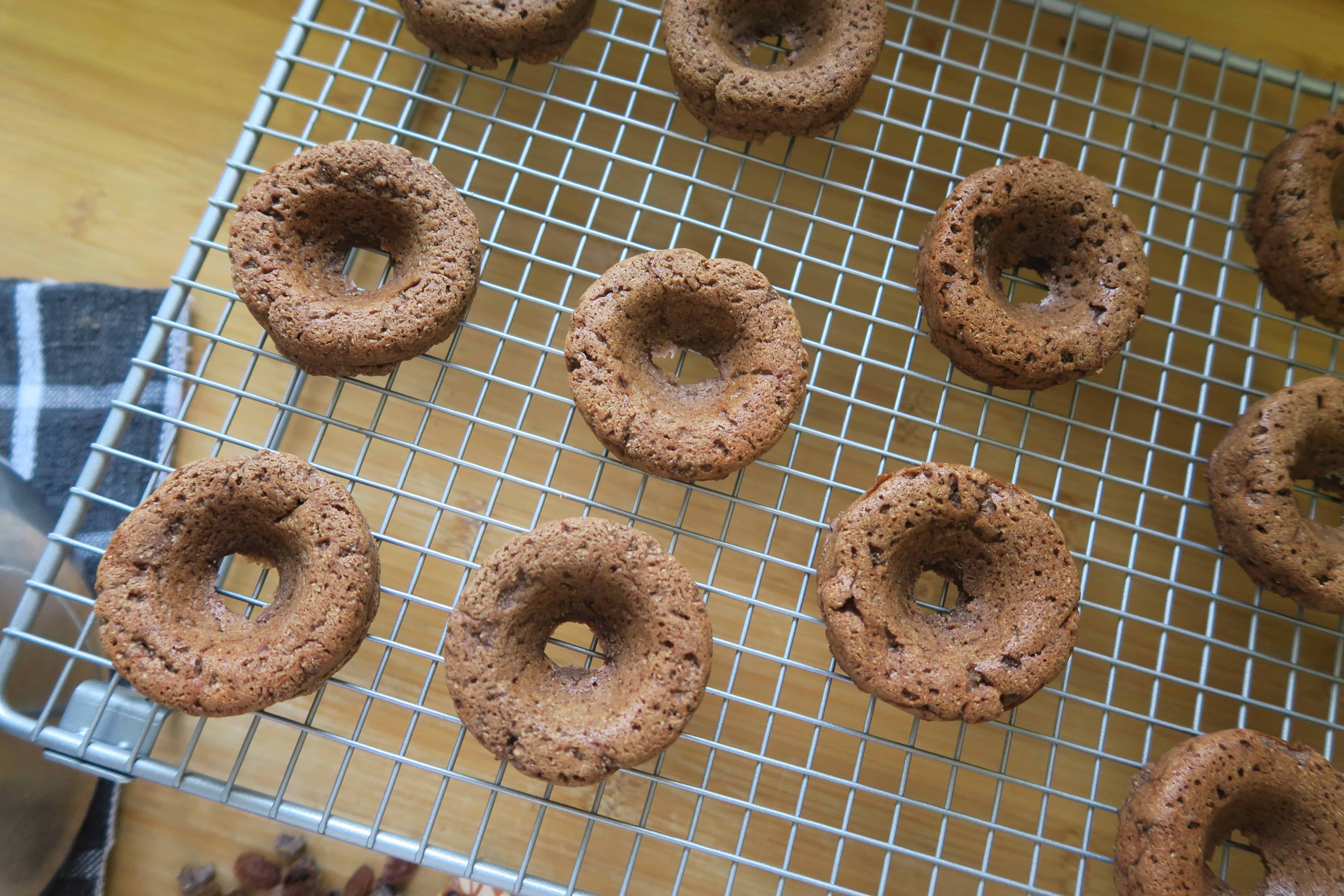 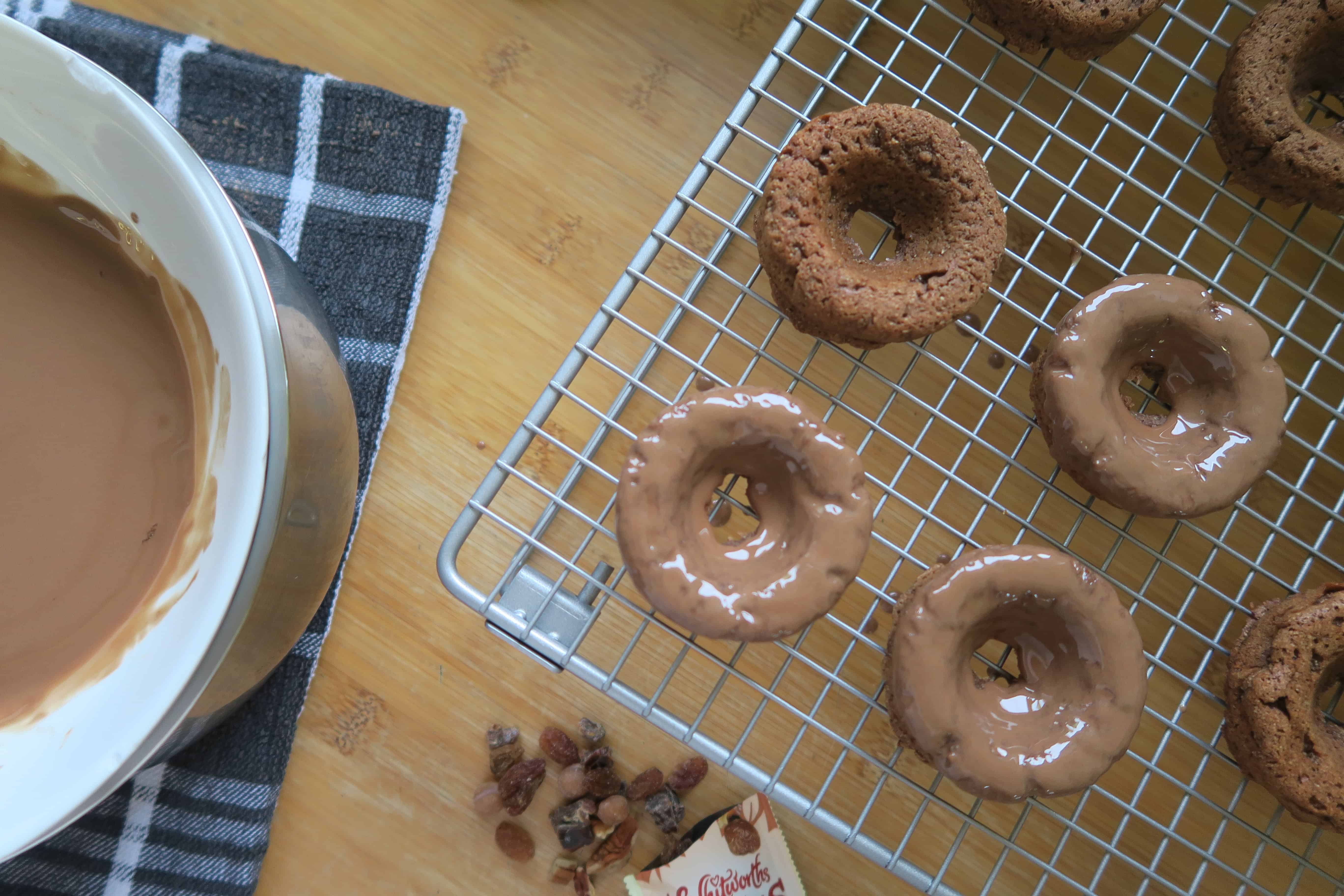 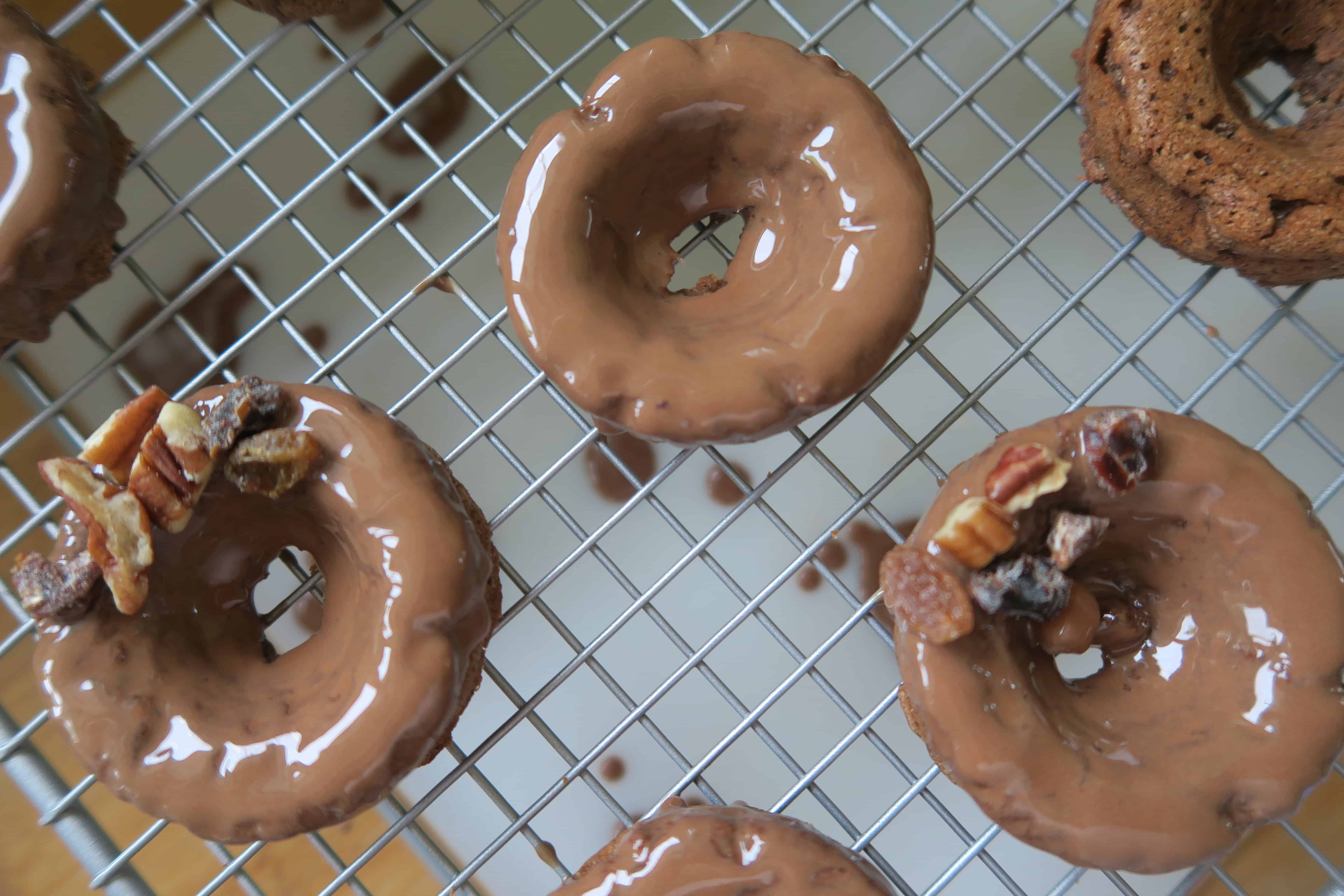 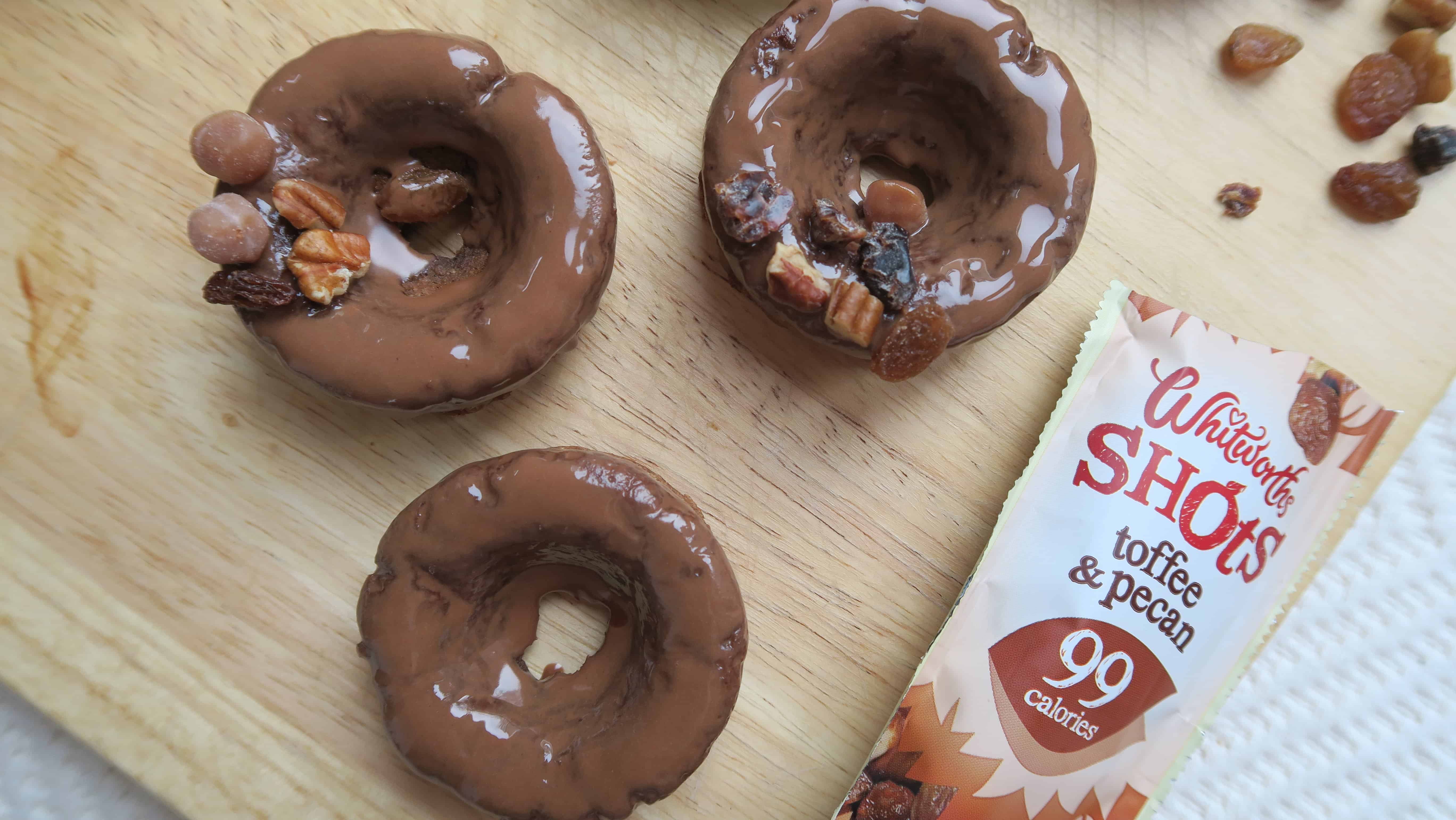 Don’t want to make these now? Pin the recipe for later: 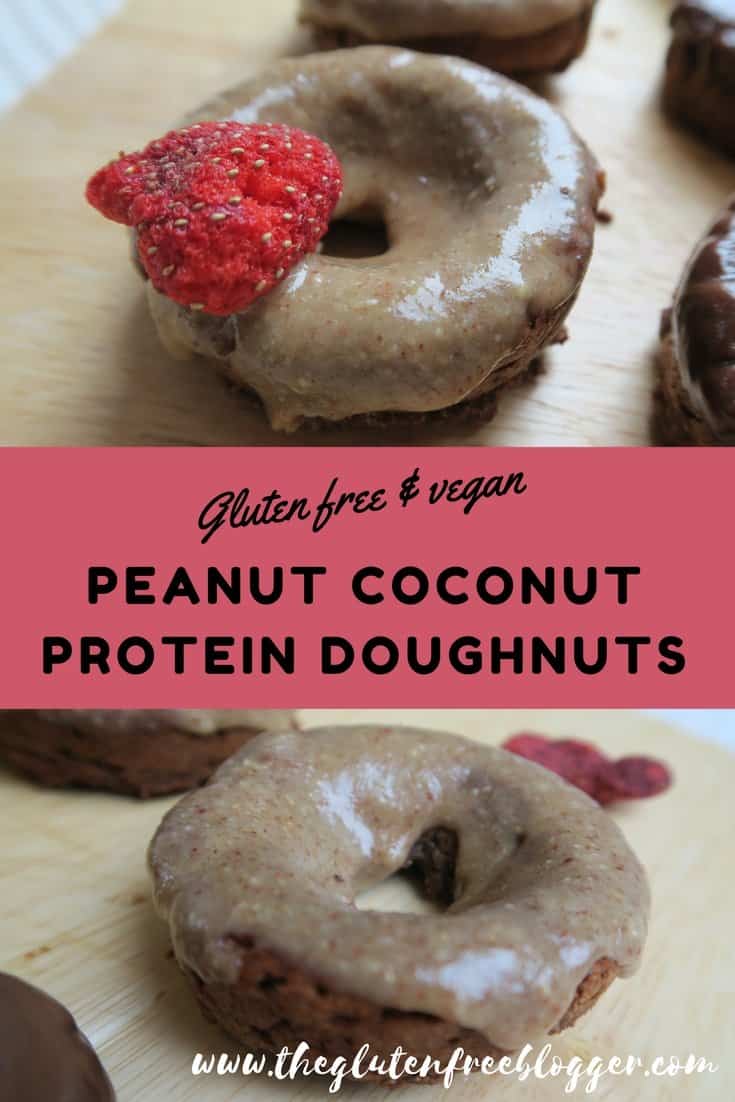 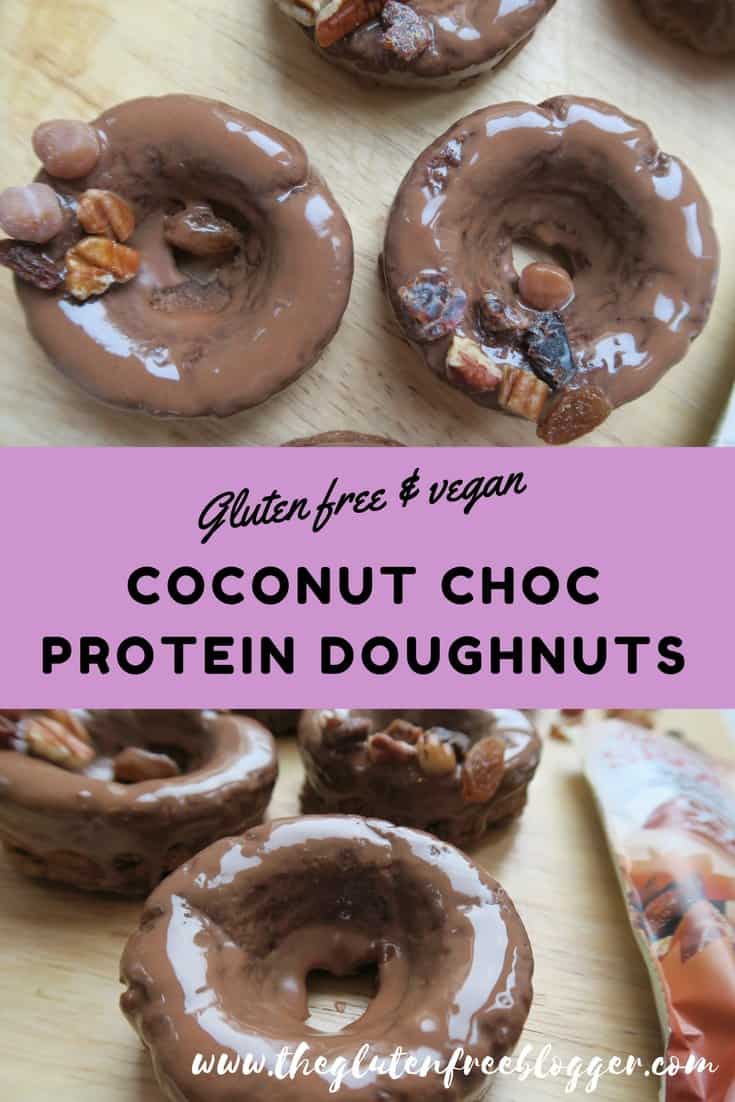 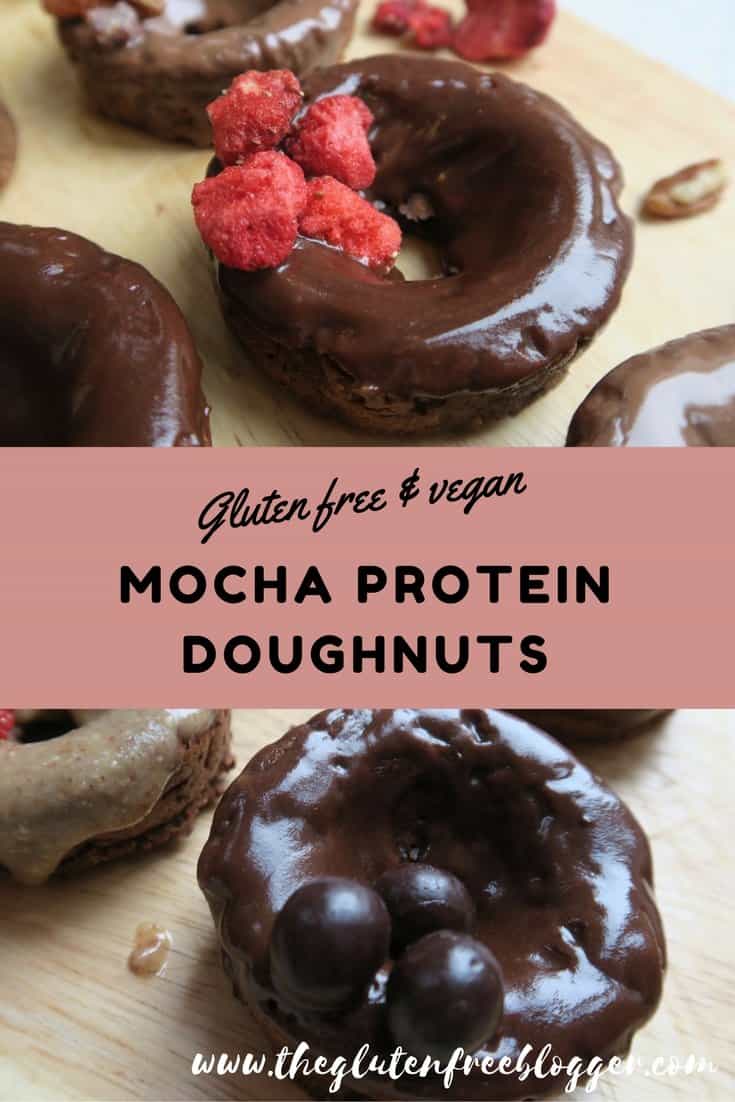