It's been a while since I got REALLY excited about a gluten free product, until I came across, wait for it, oh yes, GLUTEN FREE NOODLES!!!

A similar thickness to noodles, and very easy to cook, these noodles really are amazing.

As a kid, before I was diagnosed, I absolutely LOVED noodles and have been pining after them ever since! These have made my life! 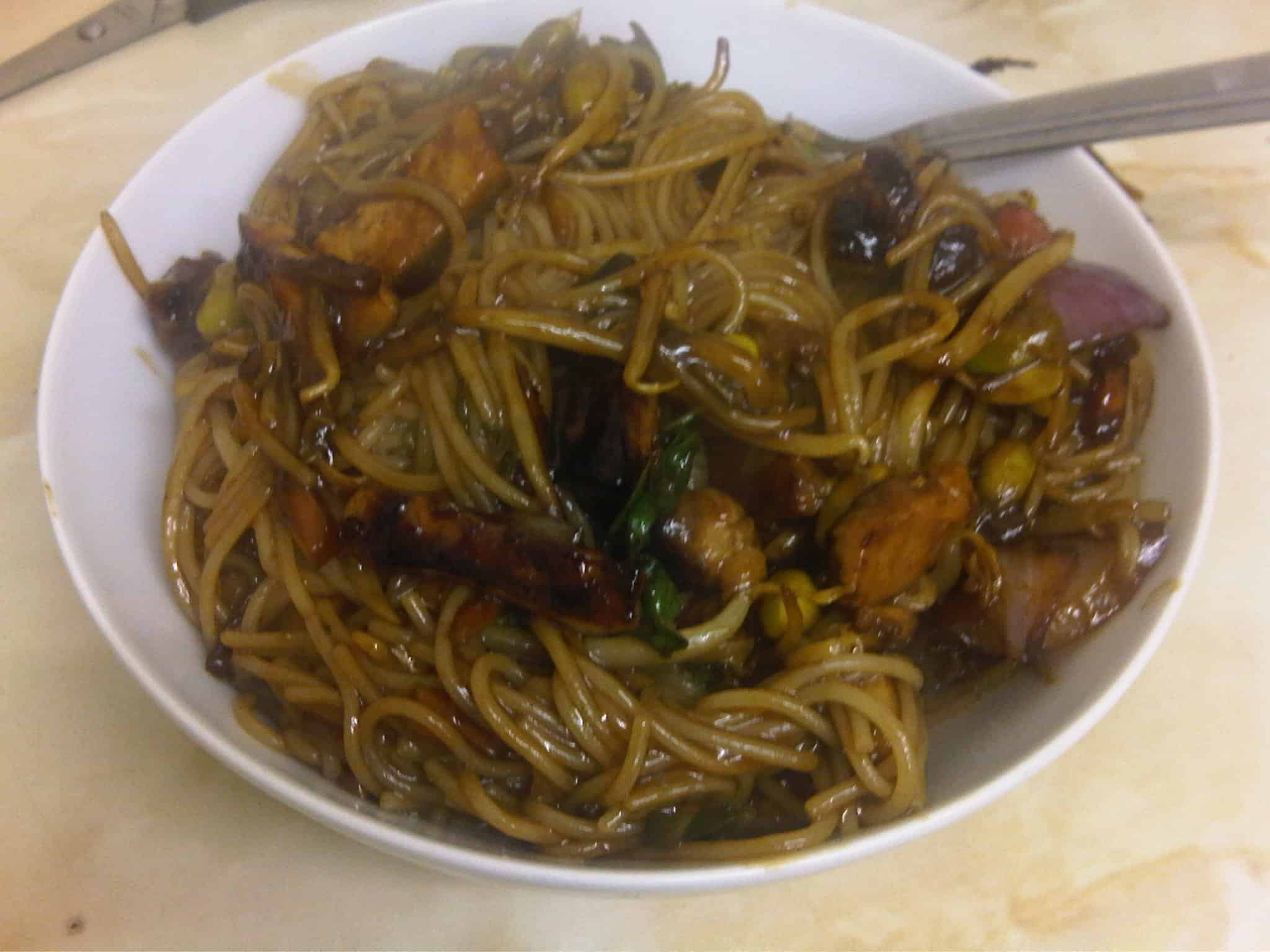 I was also quite suprised to see their debut in Asda, as I think their gluten free range tends to be smaller and less diverse than Sainsbury's or Tesco.

After being soaked in boiling water for 5 minutes, the noodles were soft, versatile and tasted great - they absorbed the flavour of anything I put with them!

Last night I decided to team them with stir-fried pork, veg, soya beans and Blue Dragon oyster and spring onion sauce, which was delicious!!

It had a really rich, intense flavour which definitely complimented the chewy pork, and it stuck well to the noodles!

I also thought it might be worth mentioning that I was suprised to find that the sauce was gluten free, as usually I tend to avoid brown coloured chinese sauces due to soy-sauce not being gluten free.