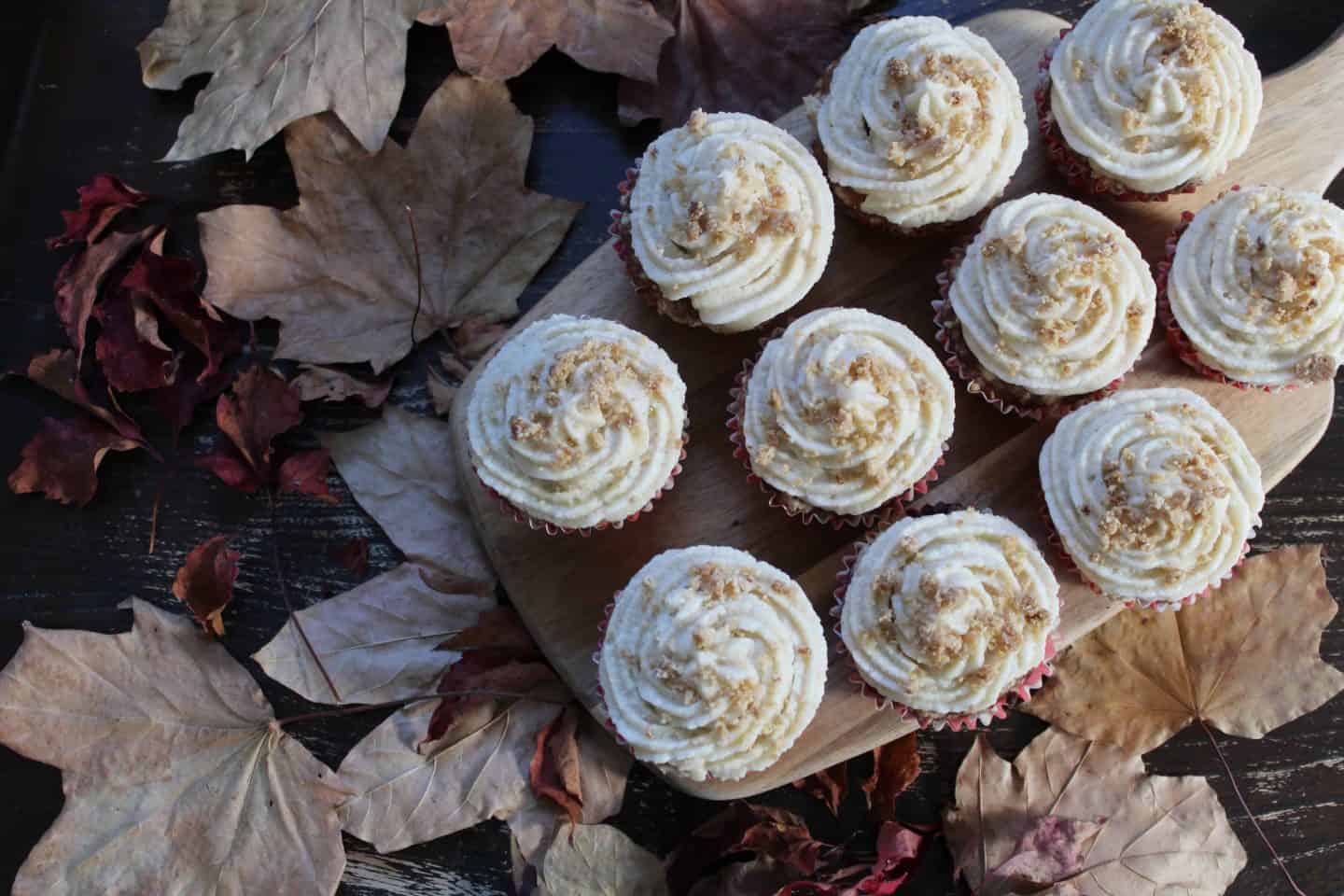 Apples are definitely a theme in my kitchen at the moment, as you can probably tell by my latest dessert creation, my gluten free sticky toffee apple upside-down cake. They’re just the perfect sign of fall and so flexible when it comes to cooking. These gluten free apple crumble cupcakes are the perfect pairing of apple chunks, crunchy crumble pieces and warming cinnamon frosting. The perfect flavours to take you right through autumn and winter!

Perfect for a cold day

I don’t know about you, but I much prefer baking when it’s cold and rainy outside. There is just something really comforting about it! I’m currently have a bit of a cupcake craze at the moment and trying to work on my frosting. It’s not perfect but I think I am getting there! One thing which helped was that I bought some bigger nozzles and a re-useable piping bag; I think this has definitely made a difference. 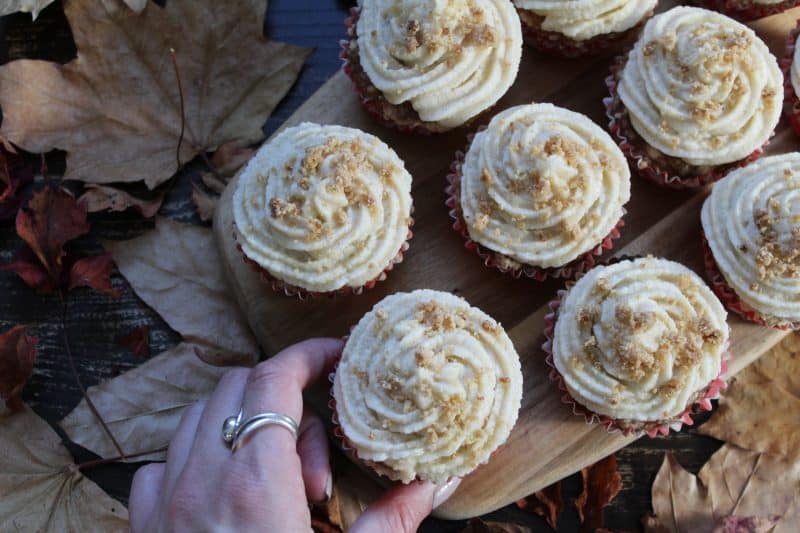 I guess you could probably mix these gluten free apple crumble cupcakes up a bit too. I’d love to try them with some added blackberries, or maybe with a mixture of apple and pear. Pear crumble is one of my favourite desserts, so I might have to try this one next!

For these cupcakes I added some crumble on top of the cake before cooking them, and then baked the rest of the crumble to decorate them with. These added a nice crunch and I think they look super pretty for it. They’re almost too pretty to eat! I would definitely recommend eating them in the first day or two as the crumble might begin to soften a little. But when they taste this good, that isn’t a difficult request! 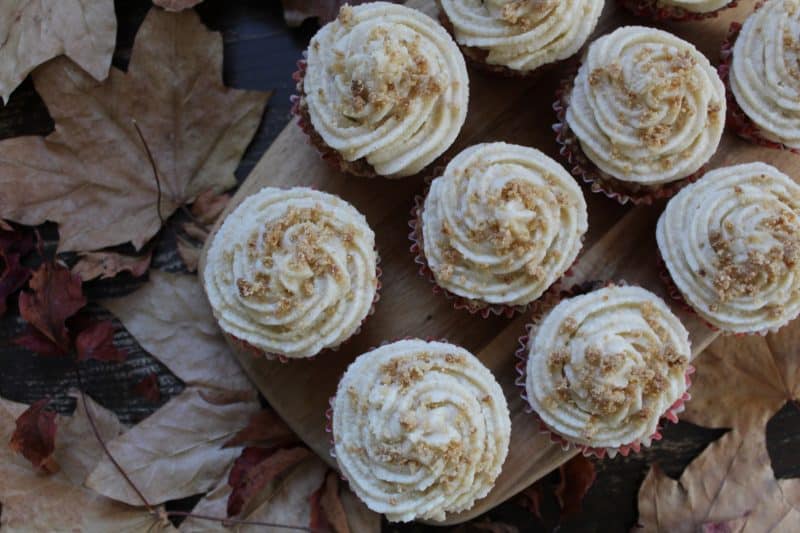 If you’ve tried these gluten free apple crumble cupcakes but fancy trying some other gluten free bakes, why not give one of my other recipes a go?