Last week I finally had the chance to make something I've wanted to try for a long, long time - cauliflower pizza.

Now, I'm no fan of cauliflower. Steam it and plonk it on my plate and you''ll find me pushing it around, avoiding it's cabbagey, unpleasant taste. But for some reason it makes an awesome pizza base. Cauliflower pizza haters fear not - if I like this, so might you!

Regular readers of my blog will know two things about me:

A) I am the biggest fan of gluten free pizza. Ever.

B) I am on a healthy eating regime which involves no pizza.

These two contradicting facts have been the bane of my life. So I decided to try and alternative and discovered the world of cauliflower pizza. It took me a while to muster up the courage to try it, but I am so glad I did. 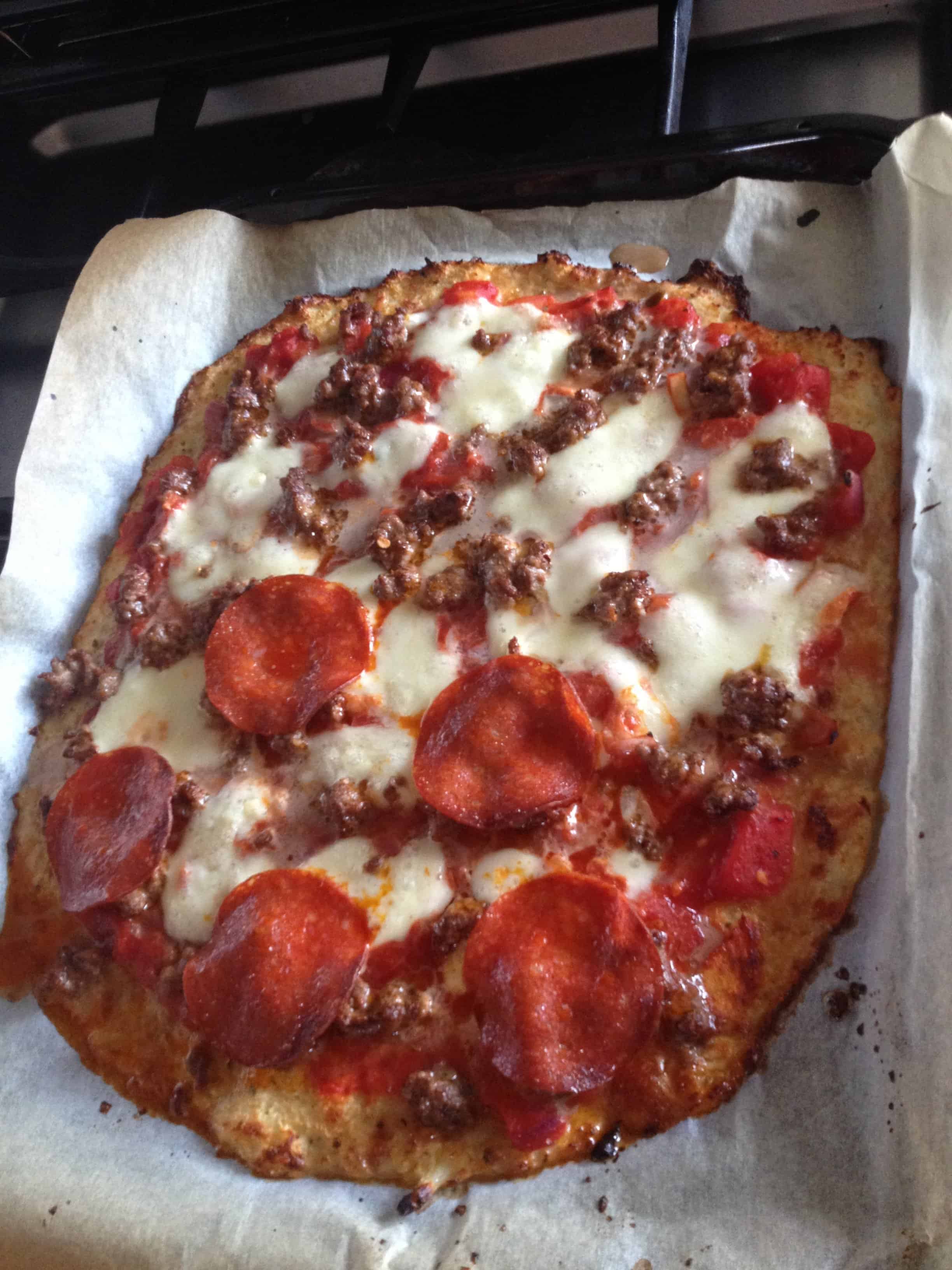 I will warn you now - this is not the same as normal pizza, so don't expect to be able to pick up a slice. It's a bit more fragile than that, and the base doesn't really crisp up a lot. However, if, like me, you're on a low carb diet that won't allow for a normal gluten free base, this is an amazing way to get that pizza fix without ruining everything. Plus the base has to count for one of your five a day - so that's even better!

I've tried this recipe twice and I don't think it matters too much if you grate or blend the cauliflower, as long as you get it into the tiniest pieces possible. Give it a go and I hope this makes that diet just that little bit easier. 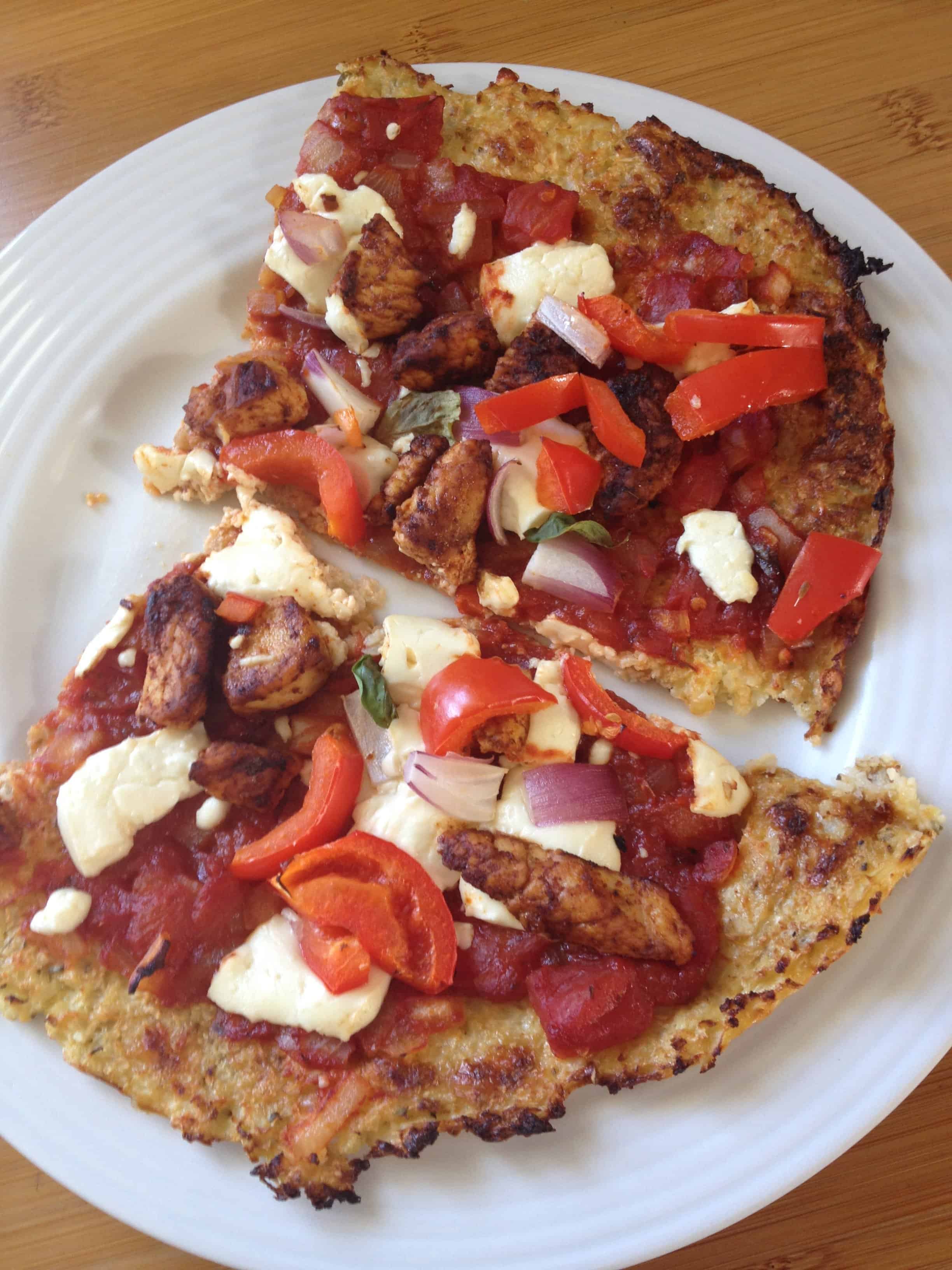 1. Grate or blend the cauliflower until it is in a very fine state, like below: 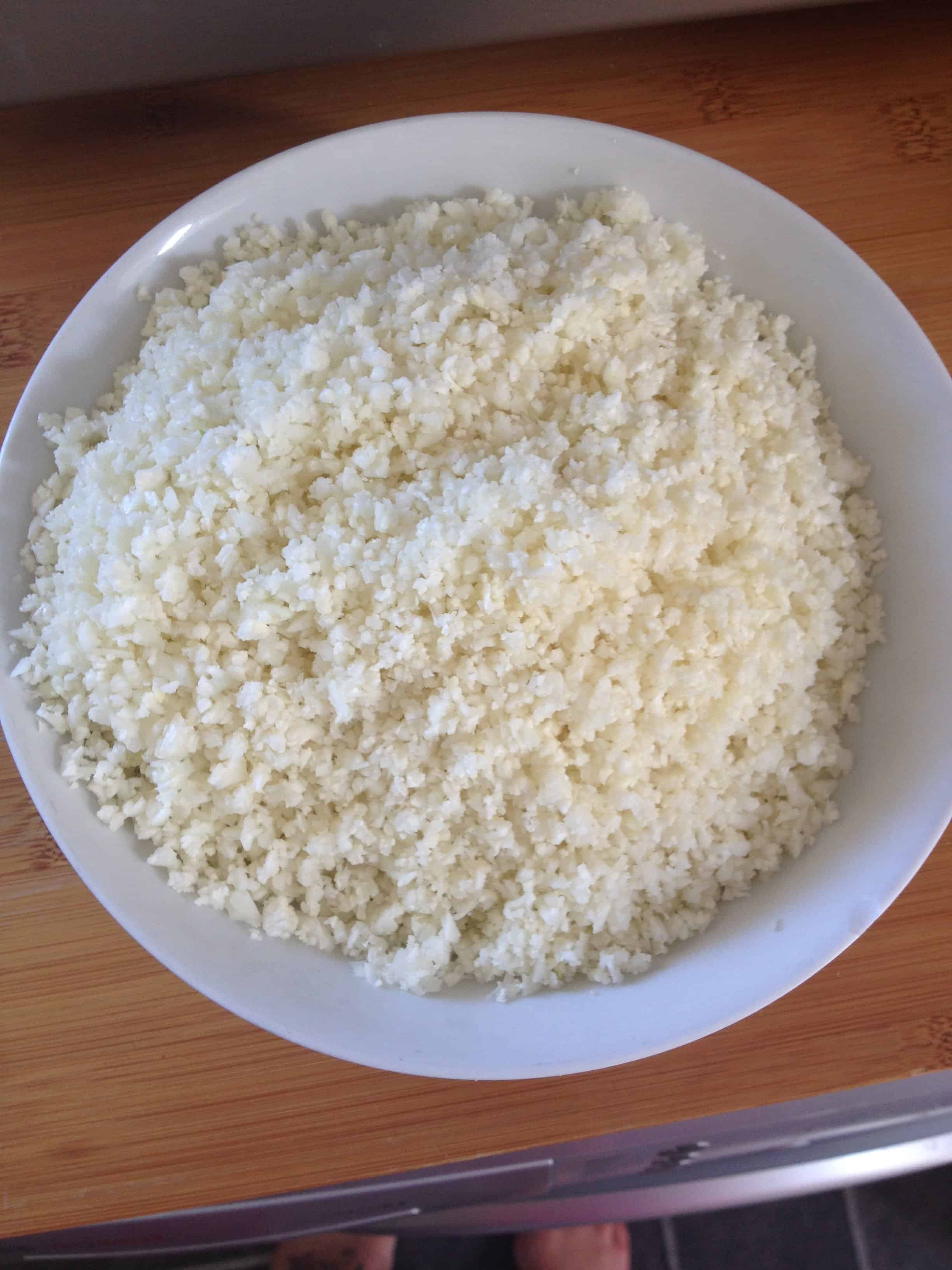 2. Microwave the cauliflower for 7-8 minutes until soft.

3. Drain the mozzarella and squeeze out as much moisture as possible. Shred finely.

3. Add the cauliflower to a mixing bowl with the mozarella, egg, garlic, salt, herbs and pepper.

4. Mix together - it will form a sort of sloppy mixture as the cheese melts into it. Once combined, place on a lined baking sheet and press out using your hands to form the base. This should be less than 1cm thick. 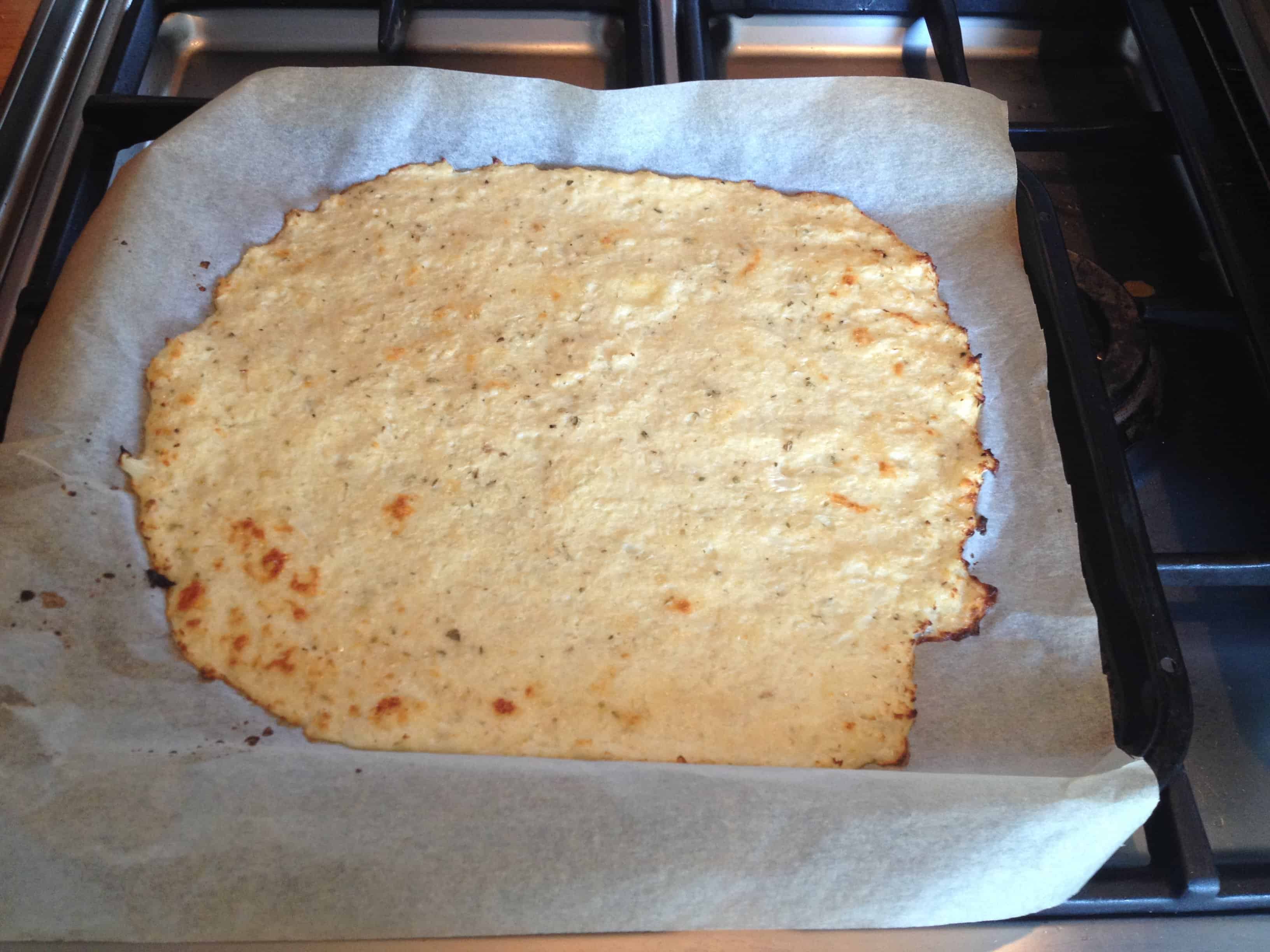 6. Take out of the oven, top and place back into the oven for another 10 minutes before tucking in!

Try topping your pizza with chilli minced beef or spicy chicken for a protein hit. Or for something a little different, add goat's cheese and pesto with mixed peppers.

Do not try and pick this pizza up to eat it - it's a little delicate and is a knife and fork job!