Boston Tea Party is one of my local haunts for coffee, plus they normally always have some sort of gluten free cake to hand. Which is why I was so excited when they launched a new menu - complete with even more gluten free food  - and offered me a chance to come test it out.

My local Boston Tea Party is based in Barnstaple and it's a super fresh and funky place to go, with awesome artwork on the walls and eclectic mix of chairs, tables and sofas tucked in corners. Much more interesting than some of the run-of-the-mill coffee chains.

When I visited at the weekend I was served by general manager Wes, who was really helpful and clearly very passionate about the food they serve. I love it when staff at cafes actually give their opinions on the food and tell you their clear favourites! 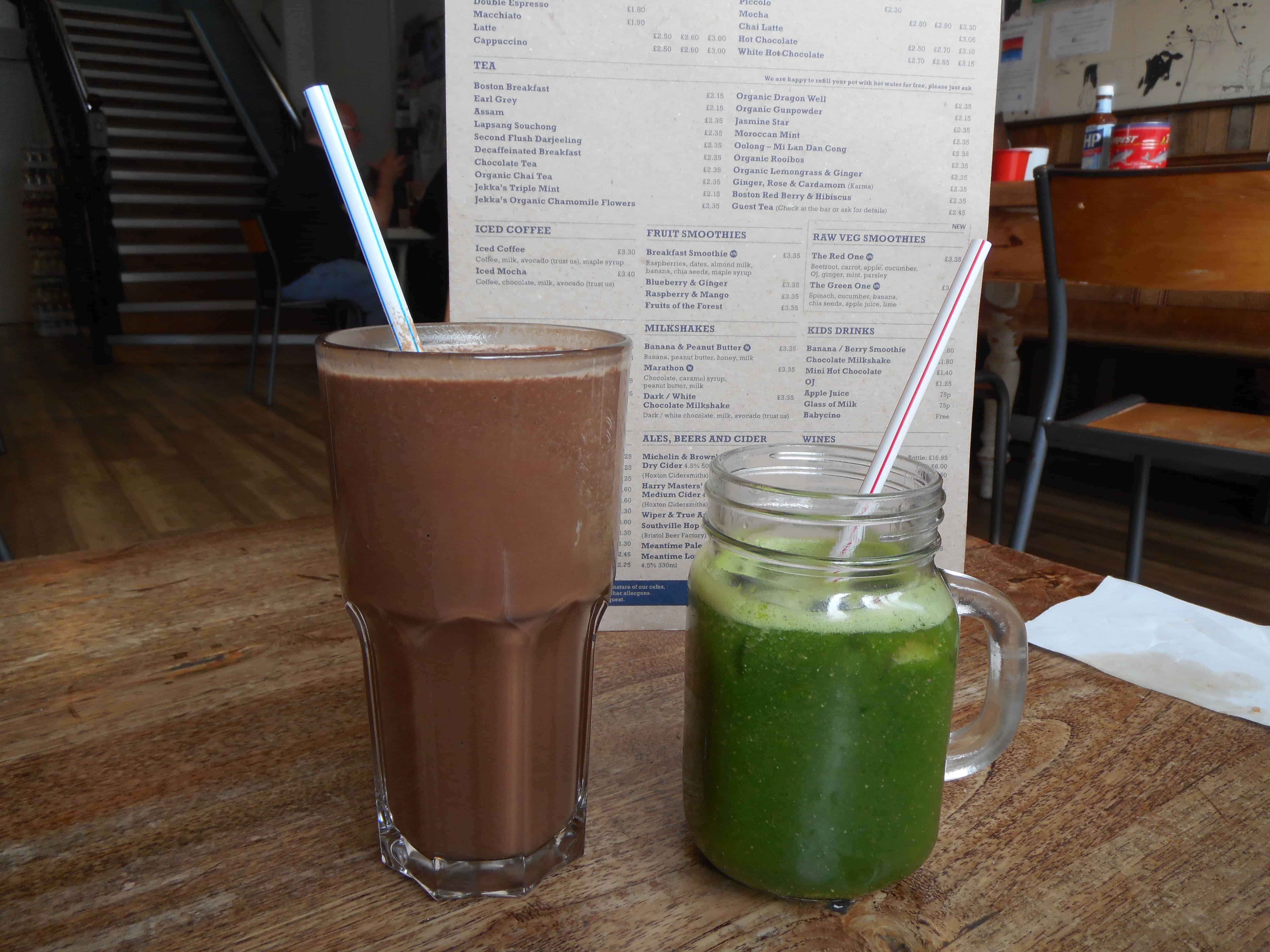 The first thing that struck me on the menu was the new iced coffees - instead of adding 'frappe' powder filled with preservatives they now use avocado to thicken them! It was one of those 'I can't believe I never thought of this before' moments - so I opted to try the mocha version.

They also have new raw veg smoothies - the red one and the green one - and so I went for the green one on Wes' recommendation. It came in an awesome jar and featured spinach, cucumber, banana, lime, chia seeds and apple juice. Both of the drinks were delicious - the iced mocha was rich and velvety and the smoothie was deliciously refreshing. 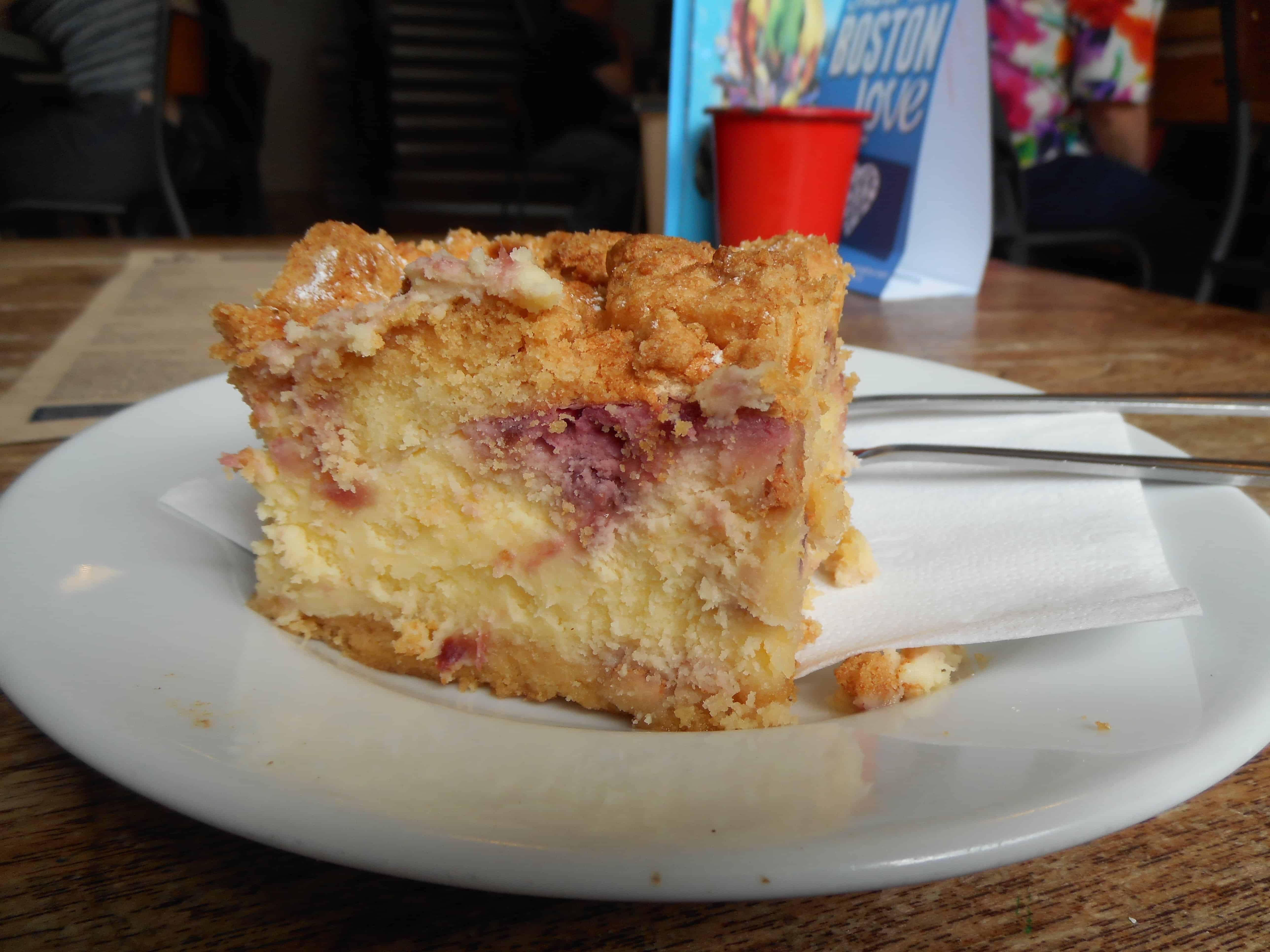 As well as drinks we ordered a slice of the new gluten free raspberry baked cheesecake. I have actually been in already and tasted the other new variety - the baked lemon curd cheesecake - they day it came out because I was so excited after reading about it on the BTP blog.

This cheesecake has a buttery base, thick, rich cheesy topping with bursts of raspberry and then an additional crumble topping. It was really creamy and delicious, though I think the lemon curd one if my favourite - it's got a bit of a zing! 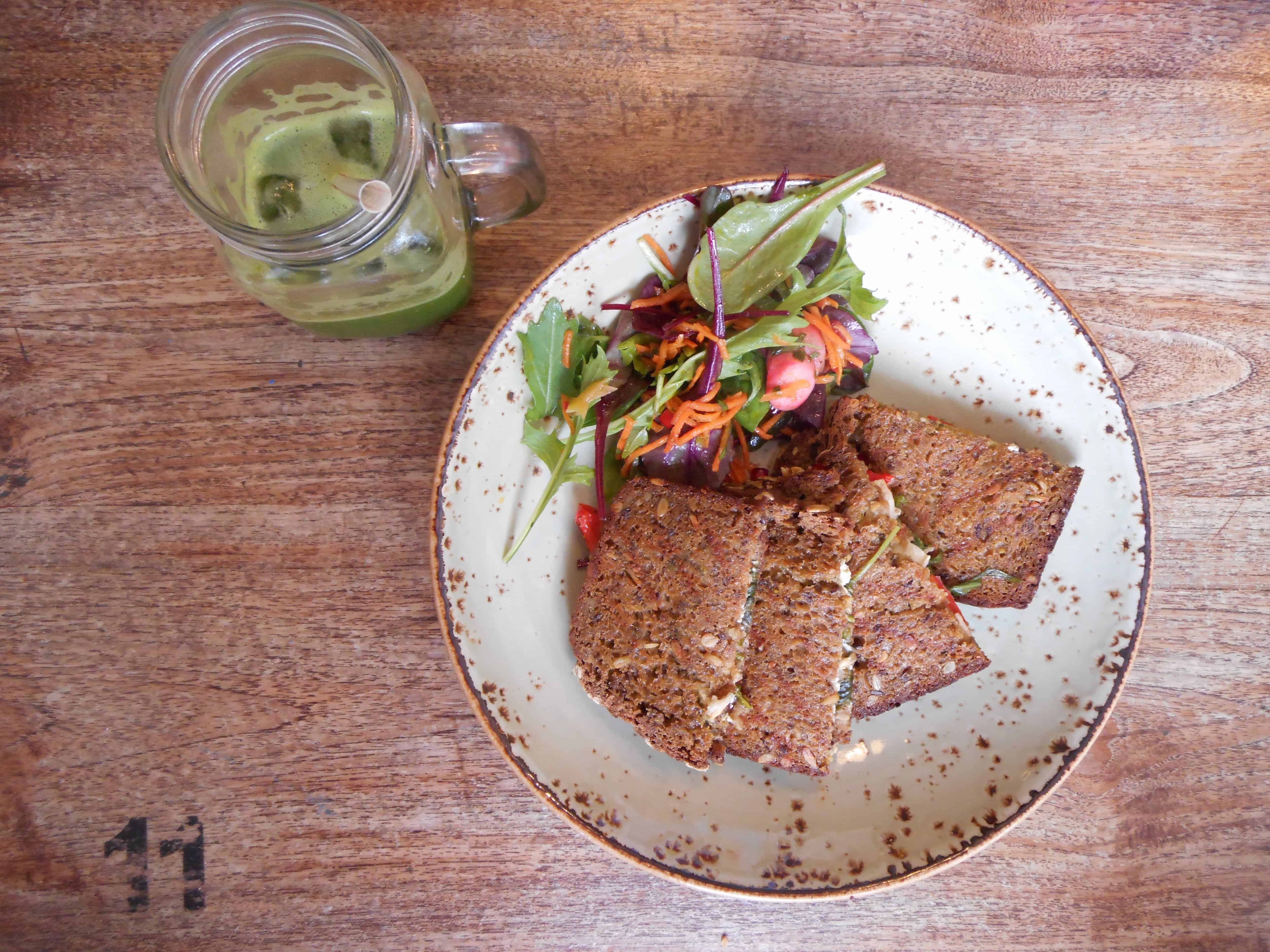 After cake (we like to do things backwards!) Steve and I shared the new gluten free toastie. This is made with award-winning Hobbs House gluten free bread - I've never heard of it before but it was incredible! The toastie came filled with goat's cheese, pesto, red peppers and rocket and is also vegetarian.

The bread had an amazing crunch to it and there was the perfect amount of filling - enough to enjoy the sweetness of the peppers against the creamy cheese, with a yummy and colourful side salad too. I was seriously impressed. 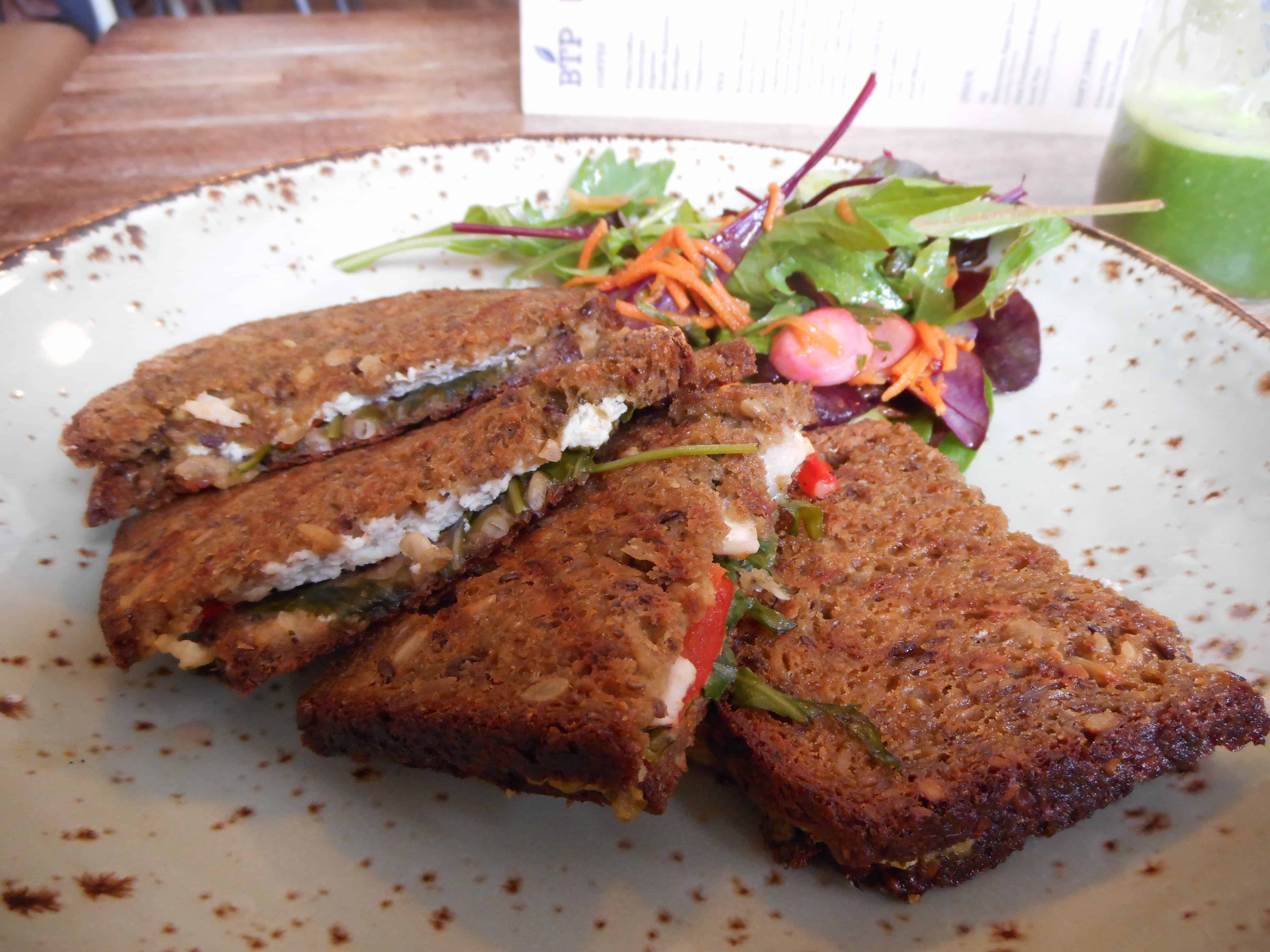 I think BTP's new menu is a real step-up - they were always good for gluten free choice but now they are even better! I'd definitely recommend you go and try their new menu - and of course - don't forget to have one of their delicious coffees - I recommend the flat white!