If you've passed by the Free From aisle lately, you may have noticed a couple of new additions to the shelf. That's because last week, Newburn Bakehouse (aka Warburton's gluten free branch) launched two new gluten free artisan loaves - and they're pretty tasty. 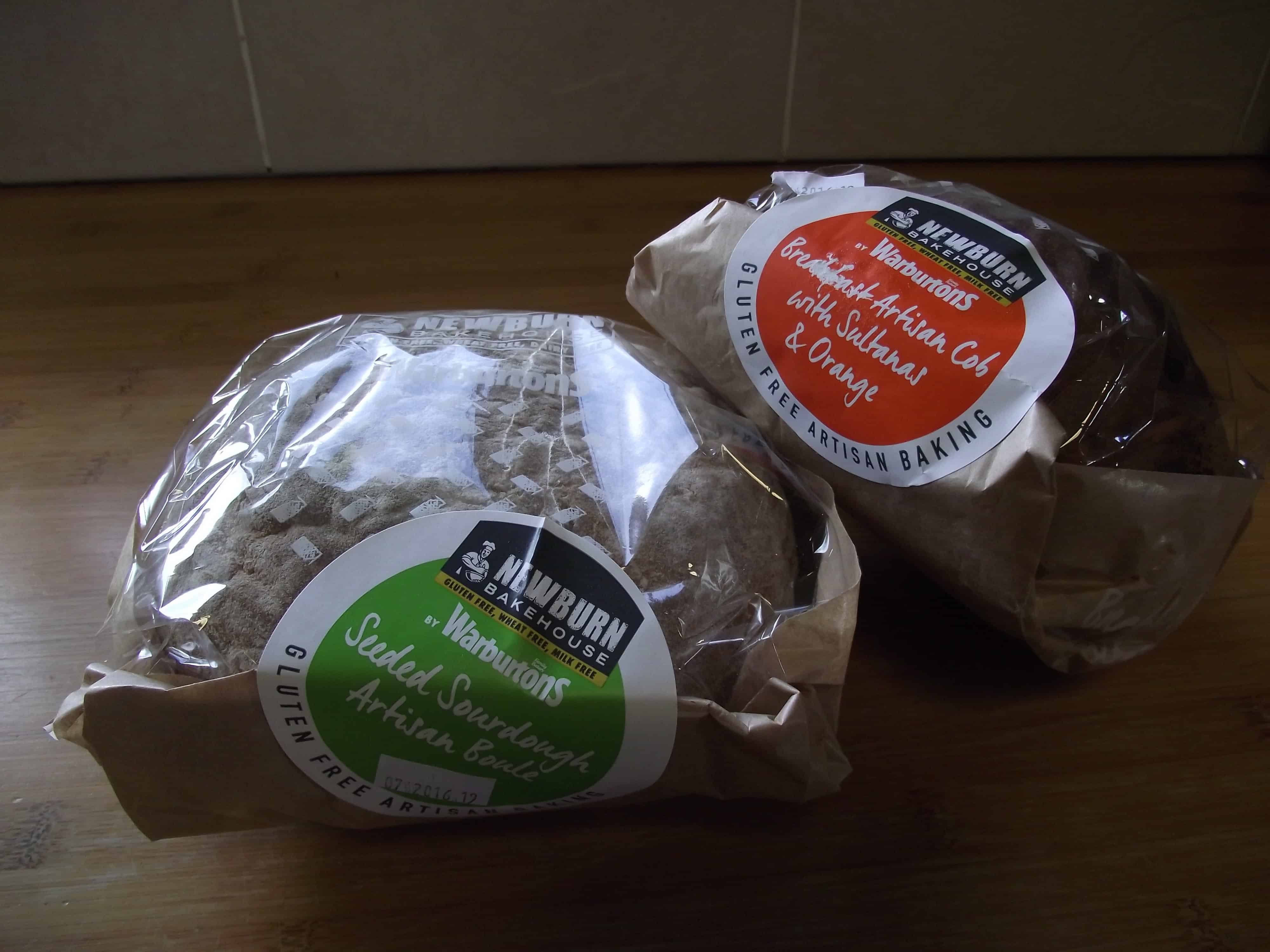 The two new gluten and milk free products are a seeded sourdough artisan boule and a breakfast artisan cob with sultanas and orange. I have seen some of Newburn Bakehouse's other artisan loaves (rarely, as they always seem to fly off the shelves) and been impressed at how 'real' they look.

When I was first diagnosed with coeliac gluten free bread was like a brick and it's come a long way since then. After the development of many new and improving (though still rather holey) sliced loaves, more exciting products started to appear. Now the idea of being able to have a rustic looking or interesting loaf I can enjoy is very exciting. 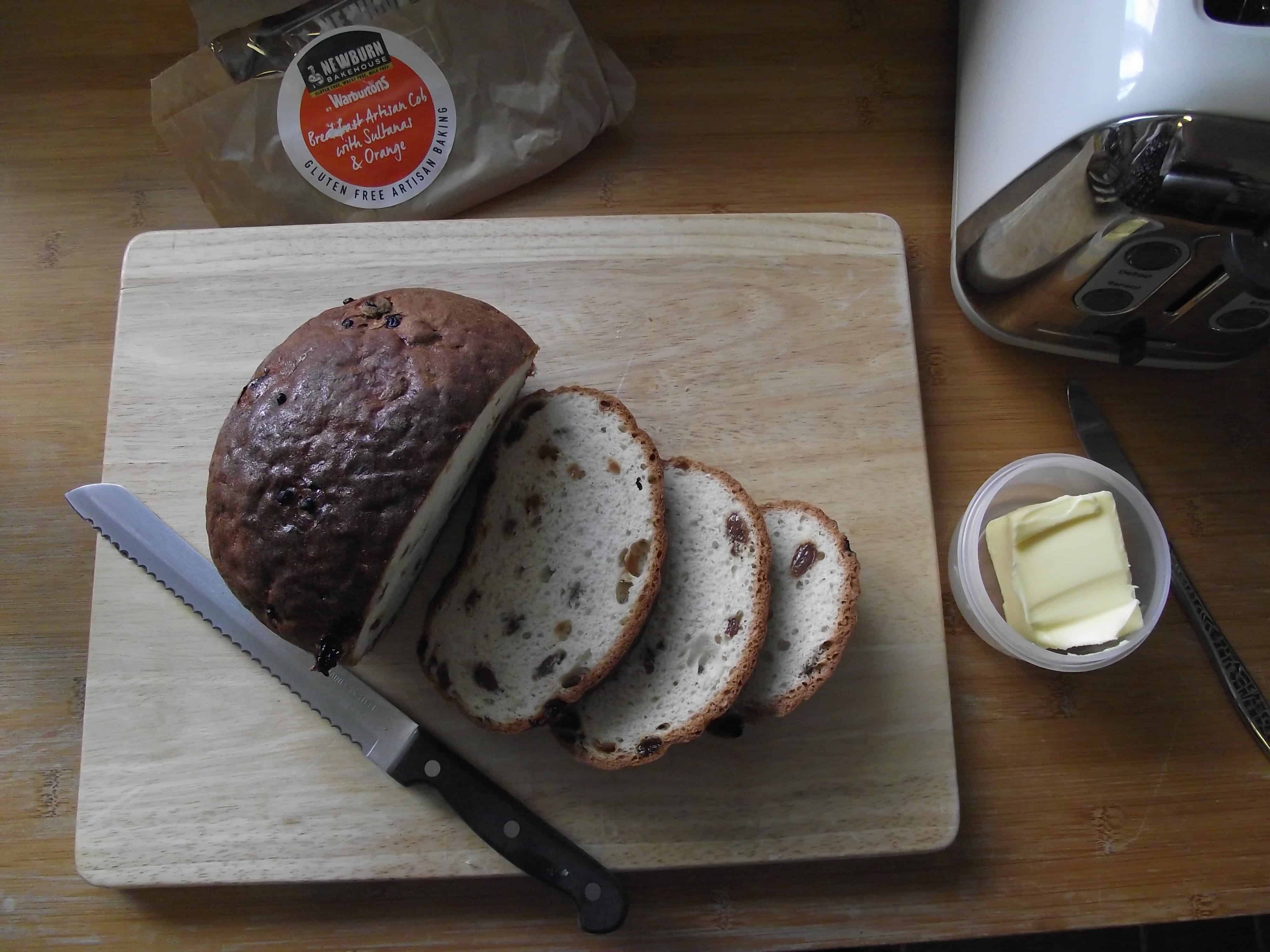 I only discovered fruity bread a while back when I became ever-so-slightly addicted to Genius' gluten free spicy fruit loaf. So needless to say, I was pretty excited to give this a whirl. It smelt absolutely diving when I ripped open the packet - very rich and sweet. 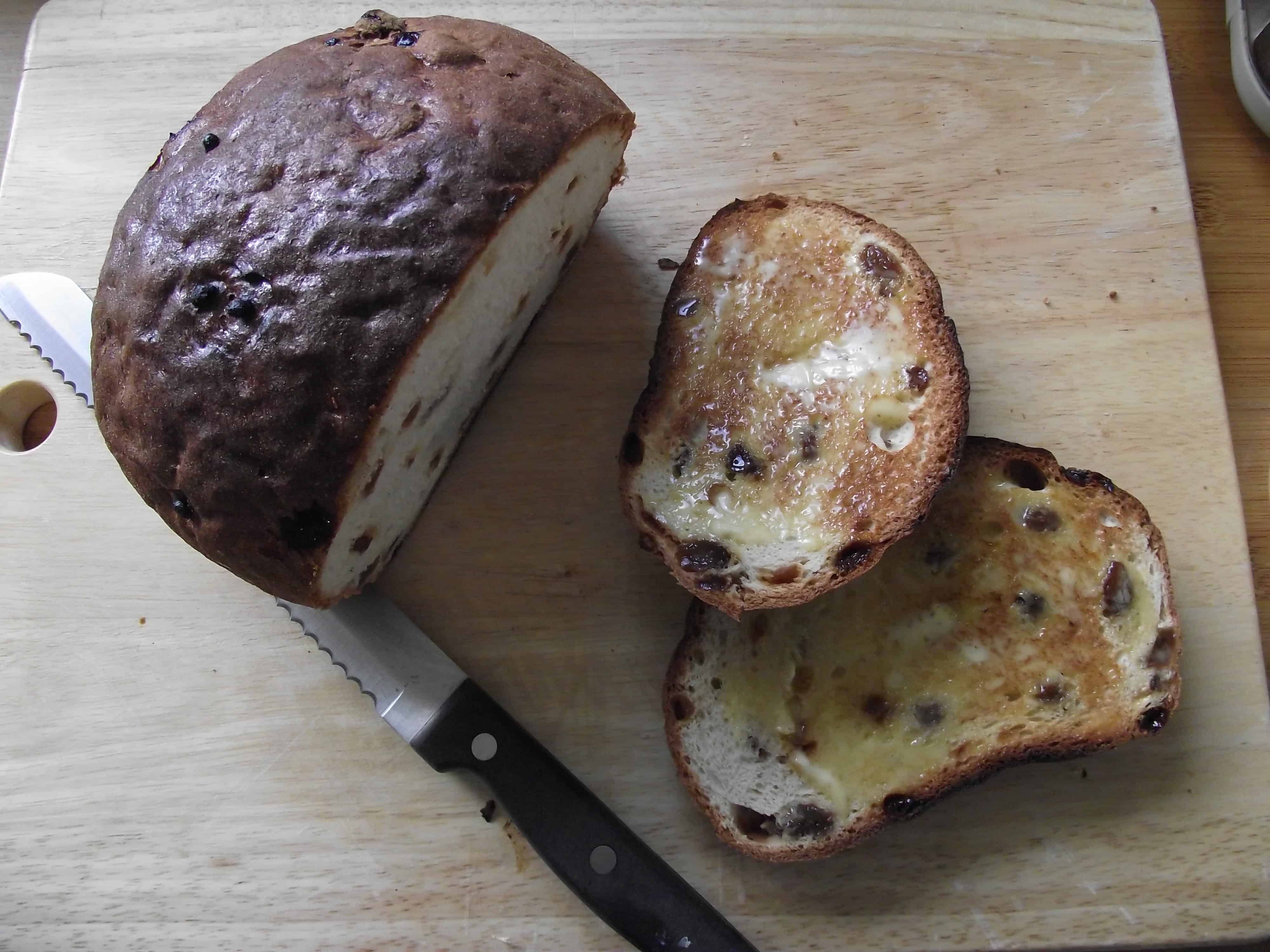 I loved how the orangey glaze gave the crust a stickiness and I couldn't wait to slice some off, toast it and slather it with butter. I don't really eat toast for breakfast so I had this as a mid-afternoon snack instead. 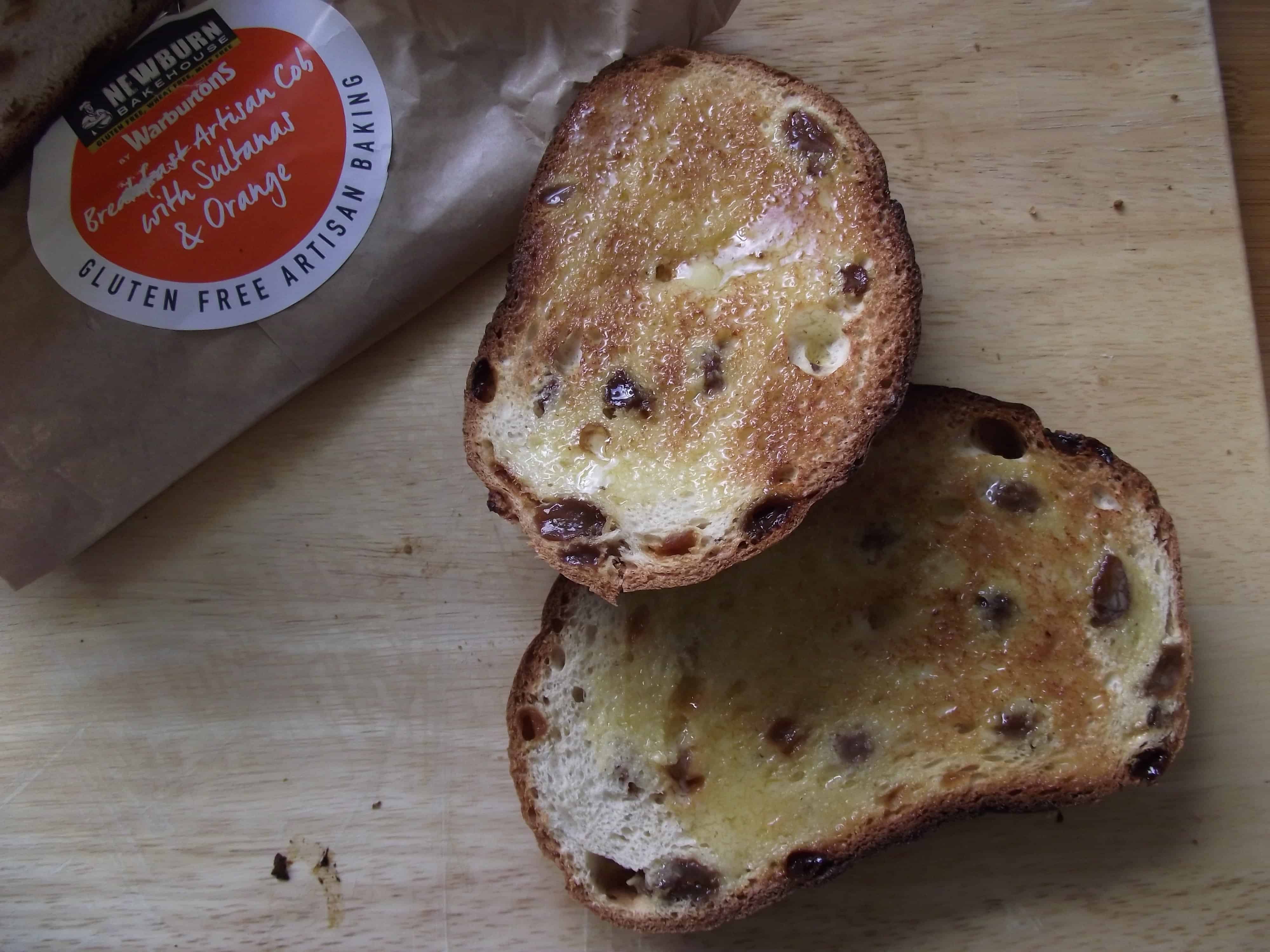 I really loved the orange aromas as it was toasting - it sliced really easily and didn't fall apart like a lot of crumbly, gluten free breads can. Toasted it had a fantastic texture and was just sweet enough. The bursts of sweetness from the sultanas were amazing and it had a really close texture to how I (vaguely) remember bread to be! 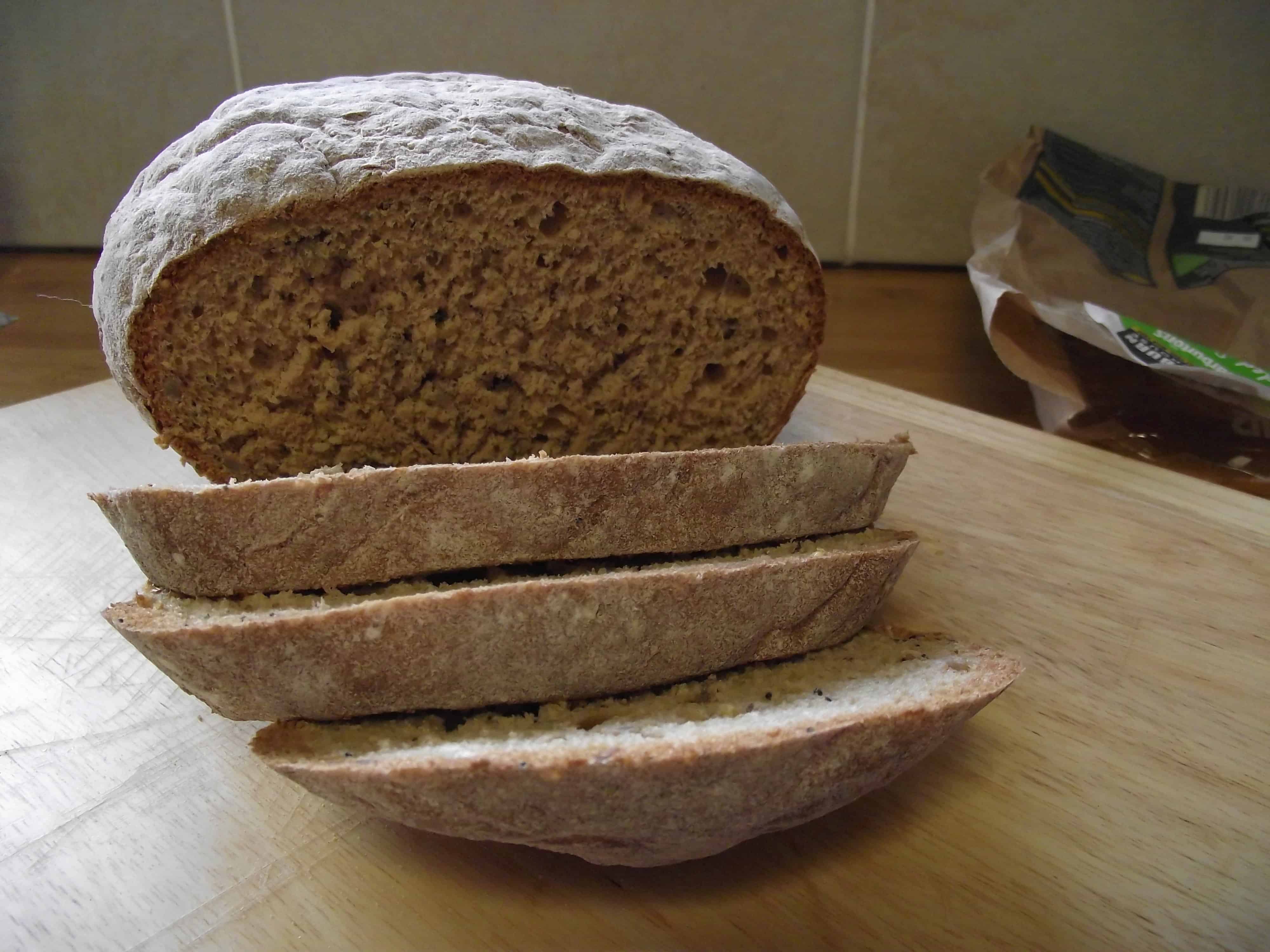 I have heard a lot about sourdough but, again, never tried it. I didn't really know what to expect but thought this loaf looks beautiful - I loved the flour dusting, it made me feel like I was about to eat 'normal' bread.

Like the breakfast cob it sliced really easily and didn't fall apart at all. It was quite nice as bread but I still haven't found a gluten free bread which is quite 'there' when eaten cold. So, as with the fruit loaf, into the toaster it went! 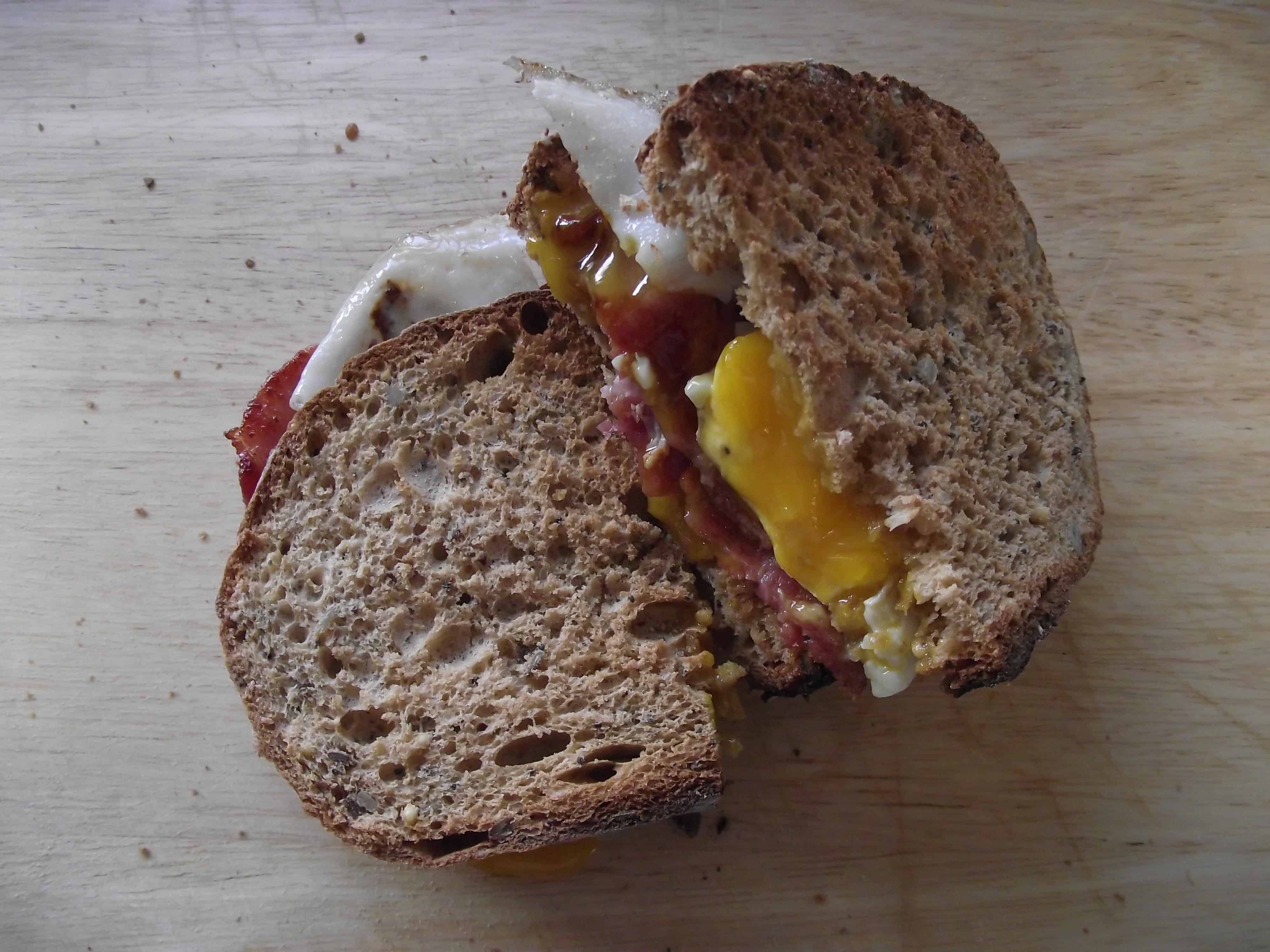 This time I opted for a bacon and egg sarnie (it would be rude not to) and I was really excited to see how it fared up. .. and it was pretty amazing! The bread held together so well, and had a really nice taste and consistency to it. Lightly toasted with some butter it was perfect and I think I could have enjoyed it in its un-toasted sandwich form too. 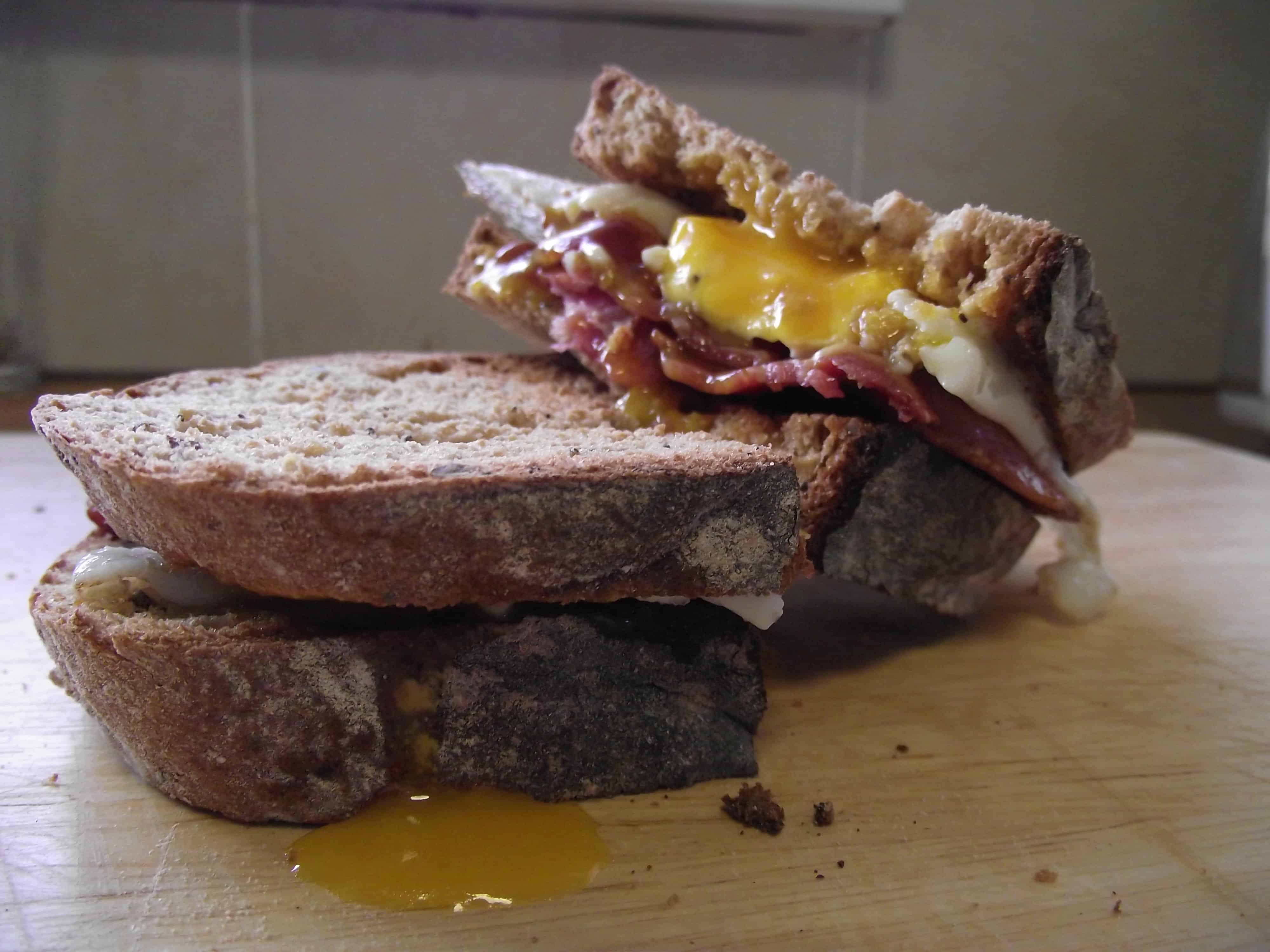 You can find these Newburn Bakehouse artisan loaves exclusively in Sainsbury's with an RRP of £3.69.

Have you tried the new loaves from Newburn Bakehouse? What did you think? And what sort of gluten free bread would you like to see developed next? Comment below or get involved on my Facebook or Twitter! I'd love to hear from you.