Picture the scene: Thick, sweet peanut butter glaze dripping down a freshly baked, super light doughnut; the delightful crunch of the peanut pieces as you bite into it - and all gluten free, dairy free, wheat free, egg free and vegan. 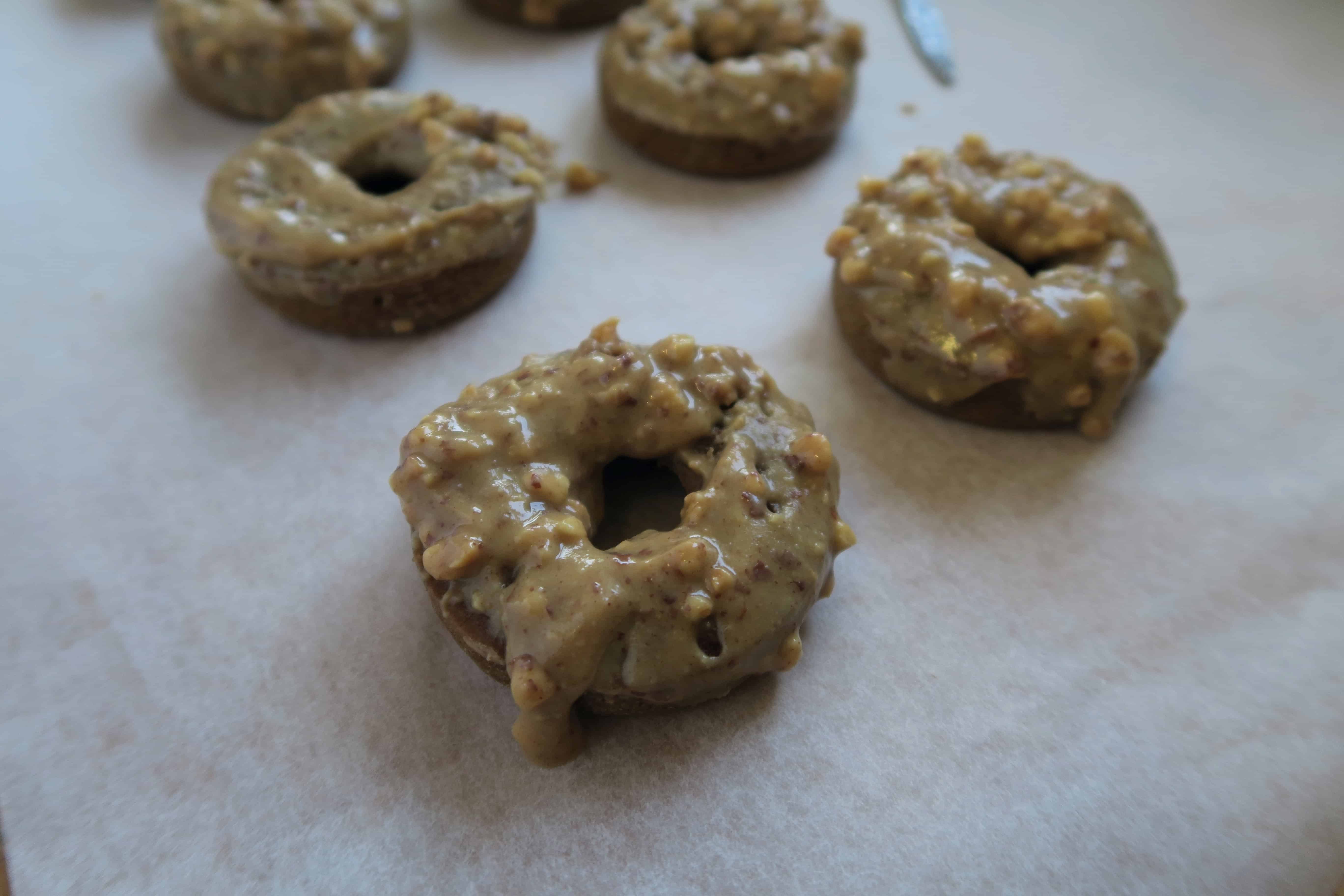 Yes, my friends, today I bring a little slice of HEAVEN with these amazing gluten free maple peanut glazed doughnuts. And to make it even better, they are less than 200 calories each, refined sugar free, and a perfect pre- or post-workout snack if you're craving the sweet stuff. 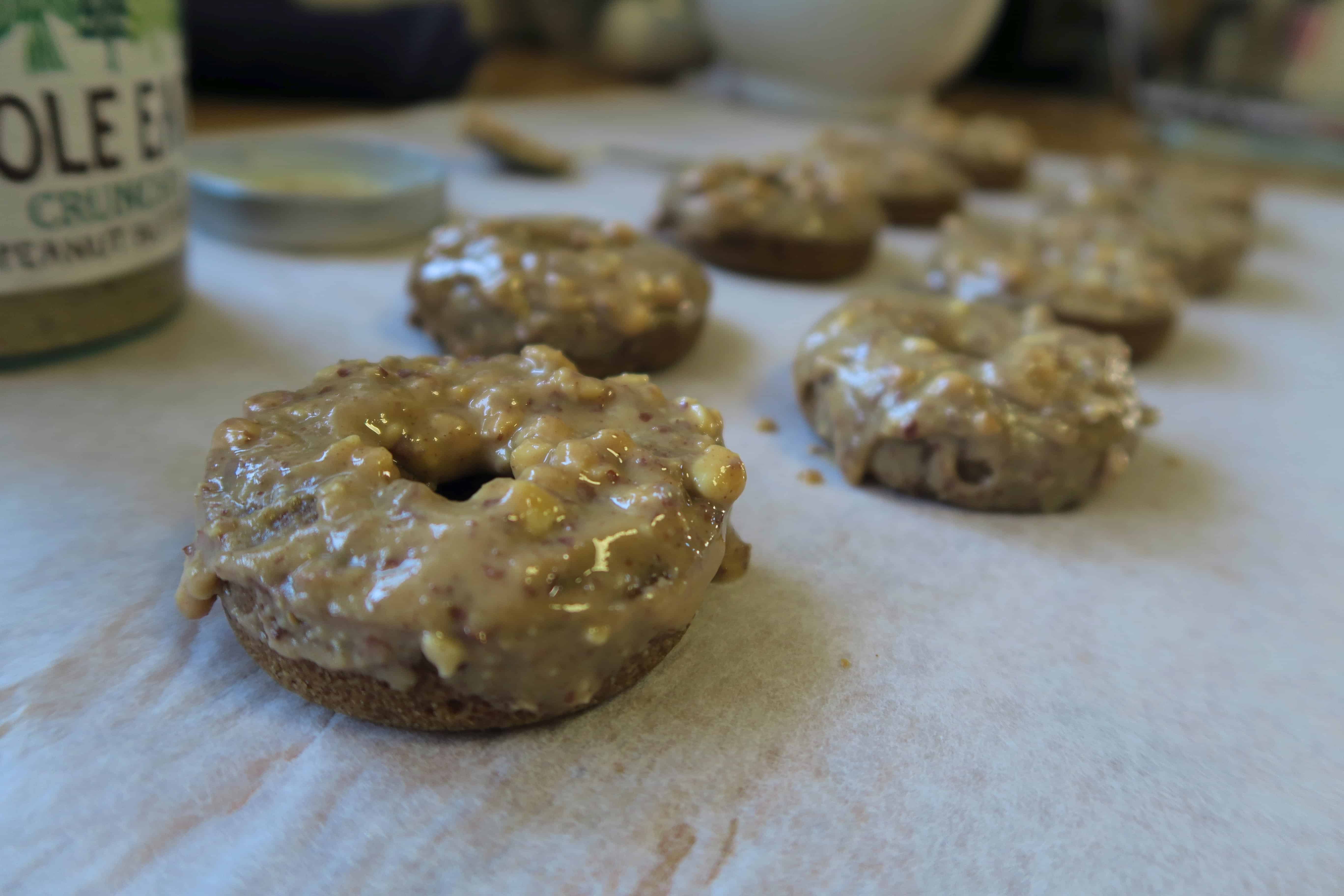 I've been meaning to buy a doughnut tin for AGES, after me and Lauren made Christmas doughnuts as part of Vlogmas - so when I found one half price in Sainsbury's this week, that was that. 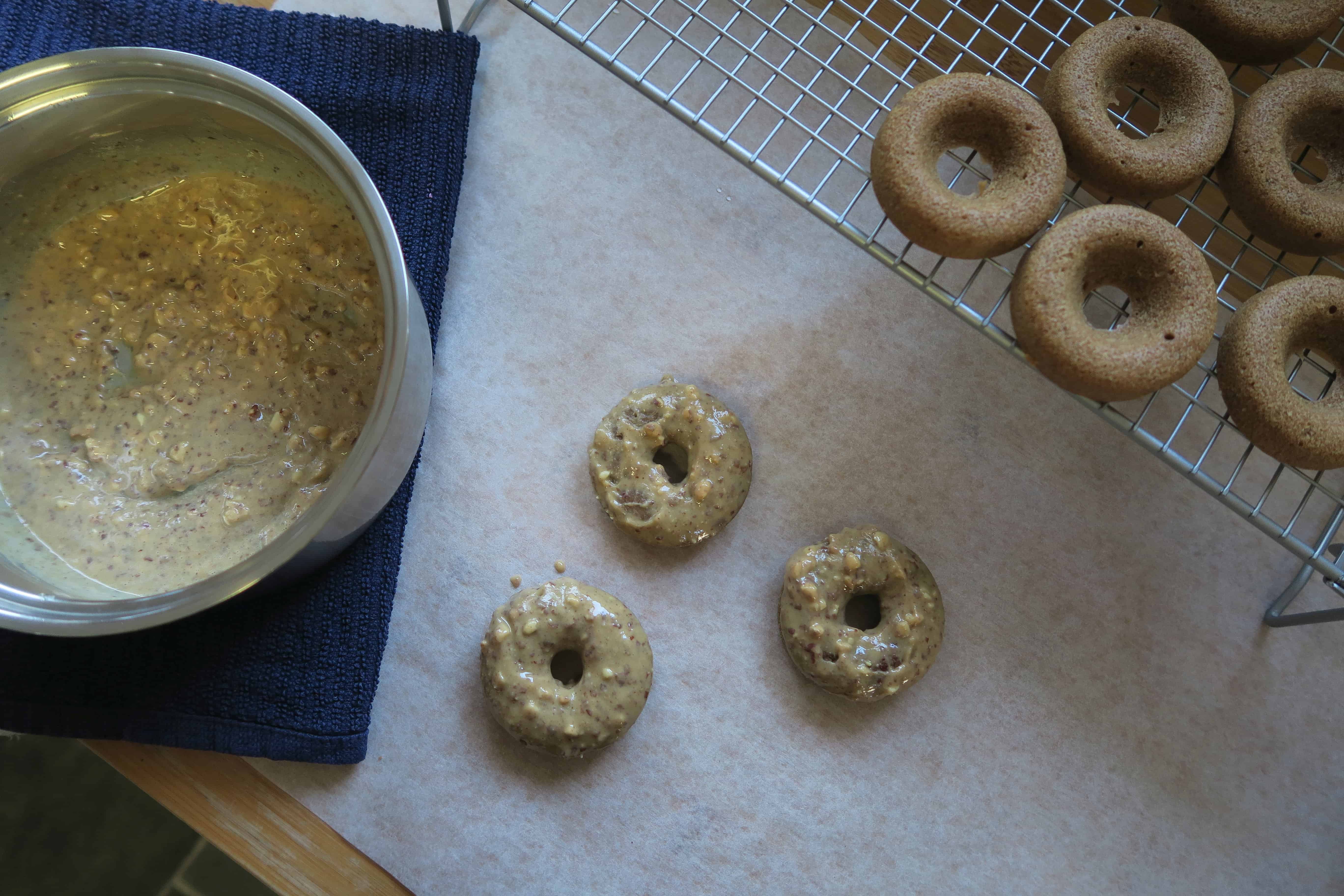 In fact, this recipe is loosely based off the doughnuts Lauren and I made before from her own recipe, which you can find here. I used the same sort of base, but substituted a few ingredients. I used a chia seed egg replacement rather than flaxseed as it was all I had, and I thought it added a great texture to it. 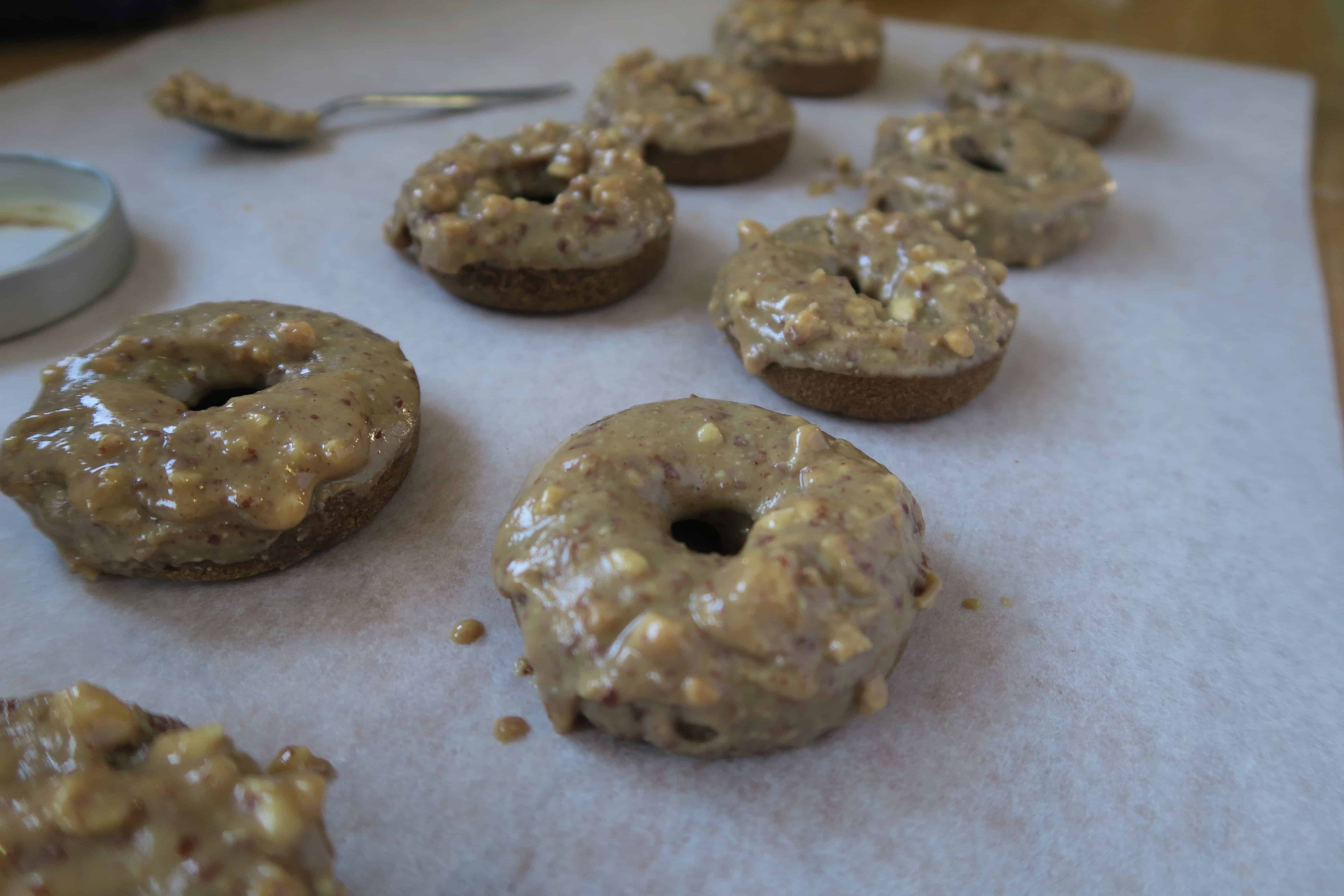 I decided to try teff flour instead of buckwheat - and I was really pleased with the result. I have never used teff before, it's an 'ancient grain' which is gluten free, and I bought some of it by Dove's Farm to try. It has a nice taste and texture, which worked well in this recipe. 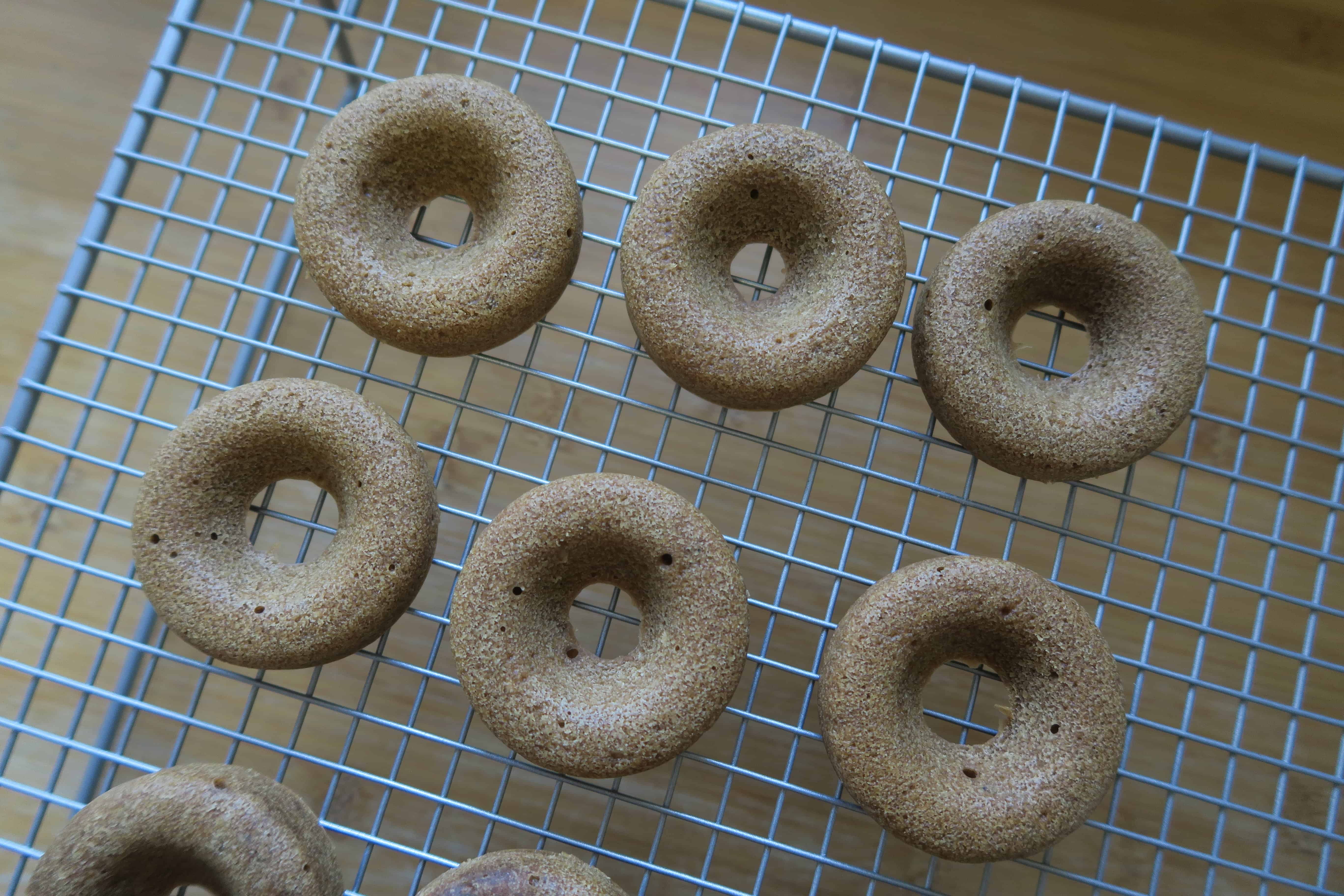 I also knew I wanted to create something involving nut butter for the glaze! It had to be sweet and sticky and after a few failed experiments (which ended up in the bin) and burning my tongue (why lick the spoon when you KNOW it's hot!?) I have cracked it with this simple maple peanut butter glaze. I could just eat it on its own! 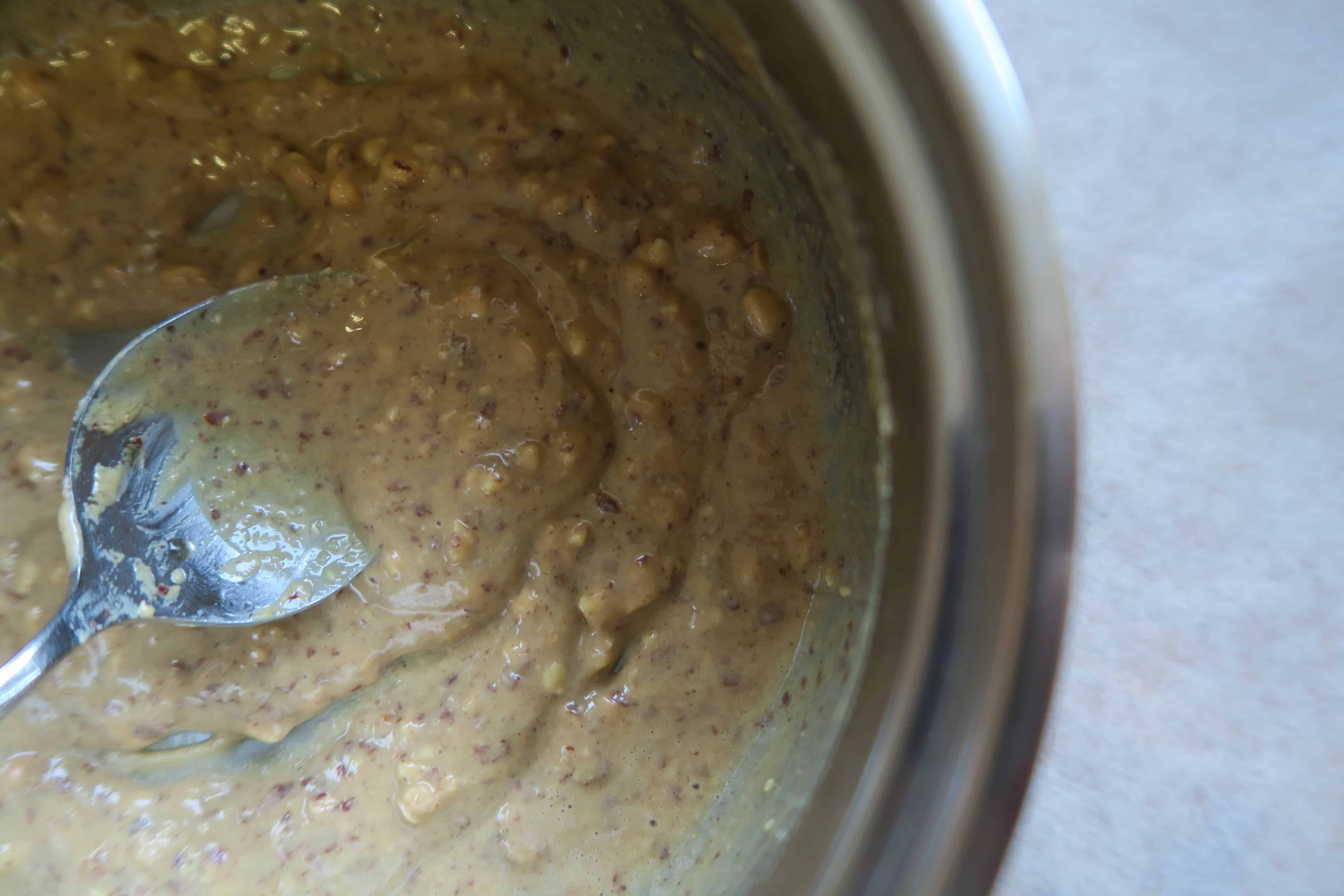 I can't wait to make more doughnuts over the coming weeks - this recipe has me well and truly hooked and I'm already thinking of some new and exciting flavour combinations to test out. They are so much easier to make than I thought which is great. What flavours would you like to see next? Leave me a comment below and let me know! 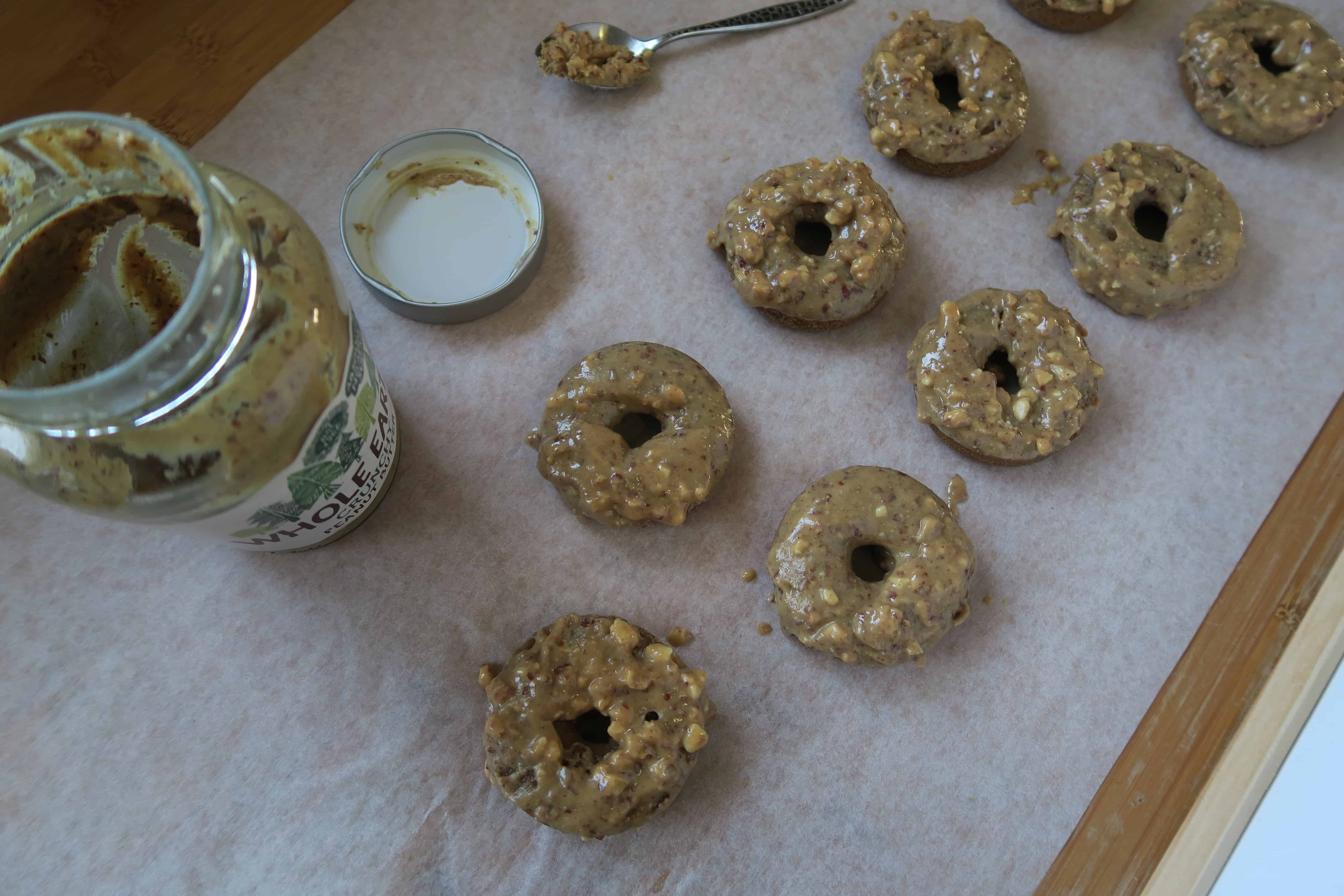 Don't want to make these now? Pin the recipe for later: