Kale is big news at the moment. It's thrown in our faces as some kind of super food as if it has only just been discovered, but this leafy green vegetable has been a regular in my diet for years. As a child I hate it - over boiled kale served with roast dinners - but now I've discovered a new love for it.

So why is kale so great? It's rich flavour is best retained when eaten stir fried (as it is in this recipe) or lightly steamed - I find it you overcook it, it can take on an almost disinfectant like flavour. Not what anybody wants at the dinner table!

Kale is a cruciferous vegetable and it's nutritional benefits are many. It's packed full of vitamins, potassium and calcium (useful as the risk of osteoporosis is increased in those with coeliac disease - and eliminating foods with added calcium such as bread can reduce the calcium content in the diet). 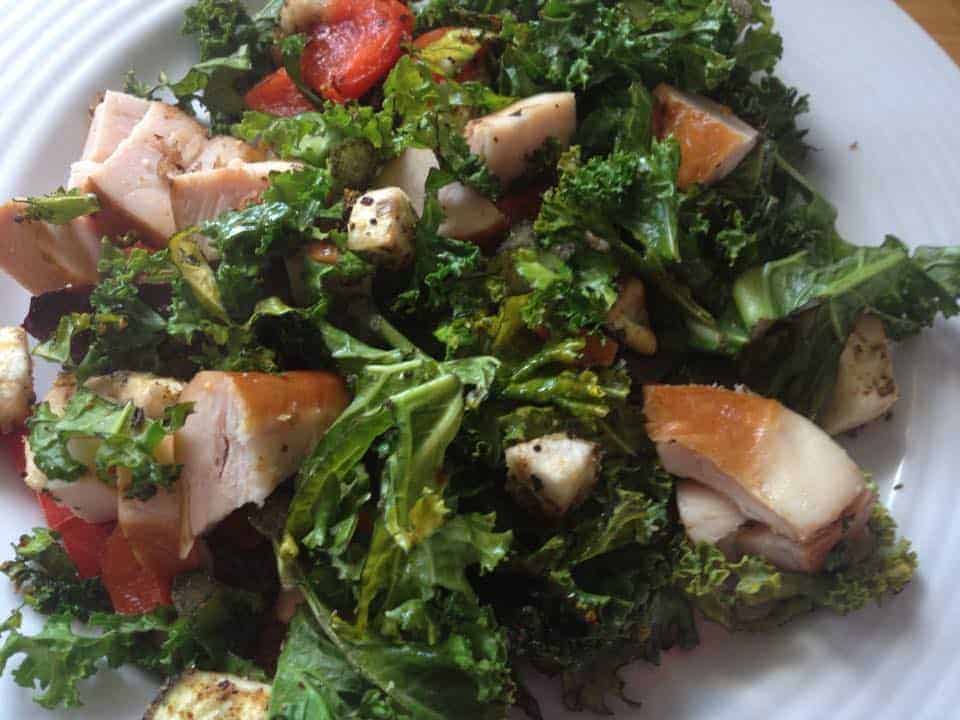 Kale is high in fibre which helps aid digestion and maintain a healthy gut (also important for those with coeliac - see this previous post on gut health and probiotics for more) and among other things it's been linked to preventing cancer, aiding in diabetes and increased heart health. No wonder it has earned superfood status.

Kale is also goitrogenic - and is linked to blocking thryoid function (see this useful article here for more). Because of my thyroid problems (more here) I have to be careful with my diet - something I am currently working on - but those who are worried they will have to cut out such nutritious foods, fear not. Steam or cook your kale and its effects on thyroid function will be minimal.

Health benefits aside, I had a few bags of kale in the fridge which needed to be eaten, so I decided to whip up a quick stir fry. I wanted to add some smoked chicken - a new discovery of mine - which has such a rich flavour, perfect for this salad. I bought mine from Musclefood (link here - where you can get four free chicken breasts!) I find their meat is really high quality and so much cheaper than the supermarket - result.

This salad took less than five minutes to prepare, has a deep, smoky flavour and is perfect for any time of the day. 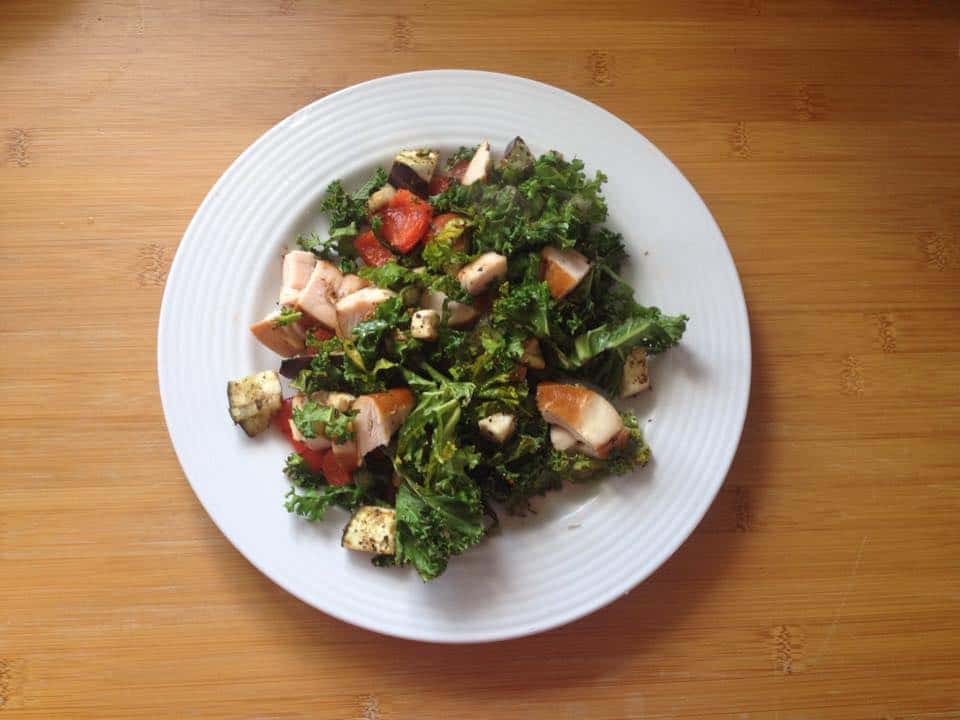