I mean, seriously, ladies - this was muscle central. As excited as I was for the sheer volume of abs all under one roof, my real mission was to try some of the protein goodies I've seen floating around Facebook - and discover some new ones too.

This place was seriously mental. Housed at the NEC, BodyPower sees 70,000 fitness fanatics pack under one roof to meet the pros, watch shows, listen to talks from the experts and get as many freebies as possible! I'm not kidding - the queues for some of the freebie stands were pretty epic, so Steve and I went on the blag to get as much as we could. 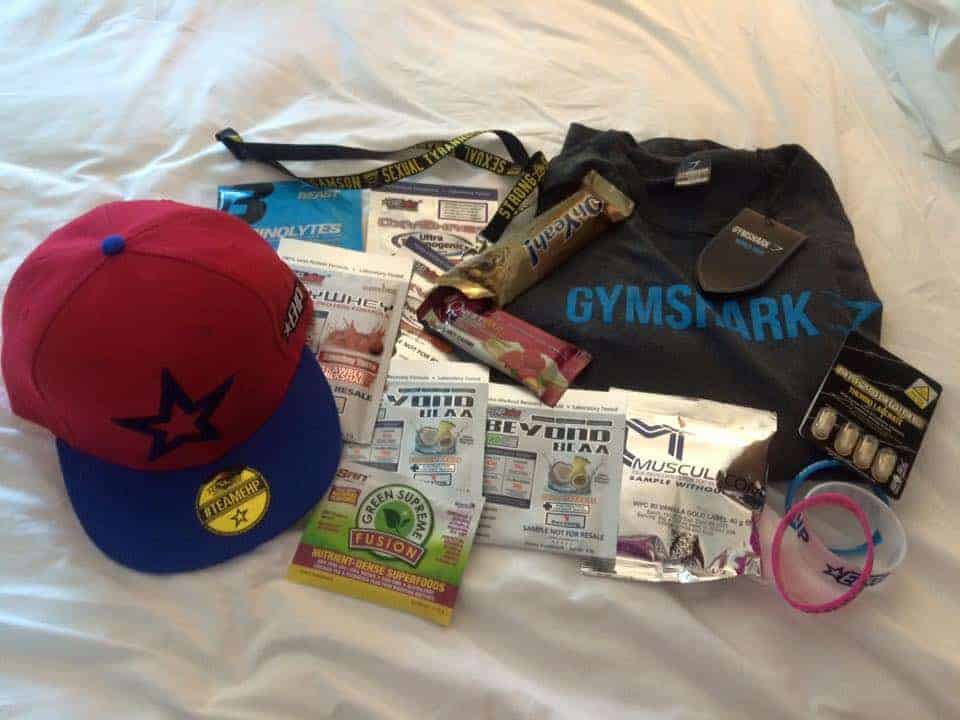 And we did pretty well! Copious samples of protein shakes, mass gainer (not sure if I'll use those!), pre workouts (definitely not a good idea for me to have that much caffeine!), wrist bands, bars, protein crisps, hats, key chains, t-shirts - you name it, we got it!

I'm proud that I want to try to look my best and get as healthy as possible, and so often you're faced with people who don't support those goals. It felt really motivating to be surrounded by people who support that!

But back to the important stuff - the food! Here's what I found at BodyPower UK..... 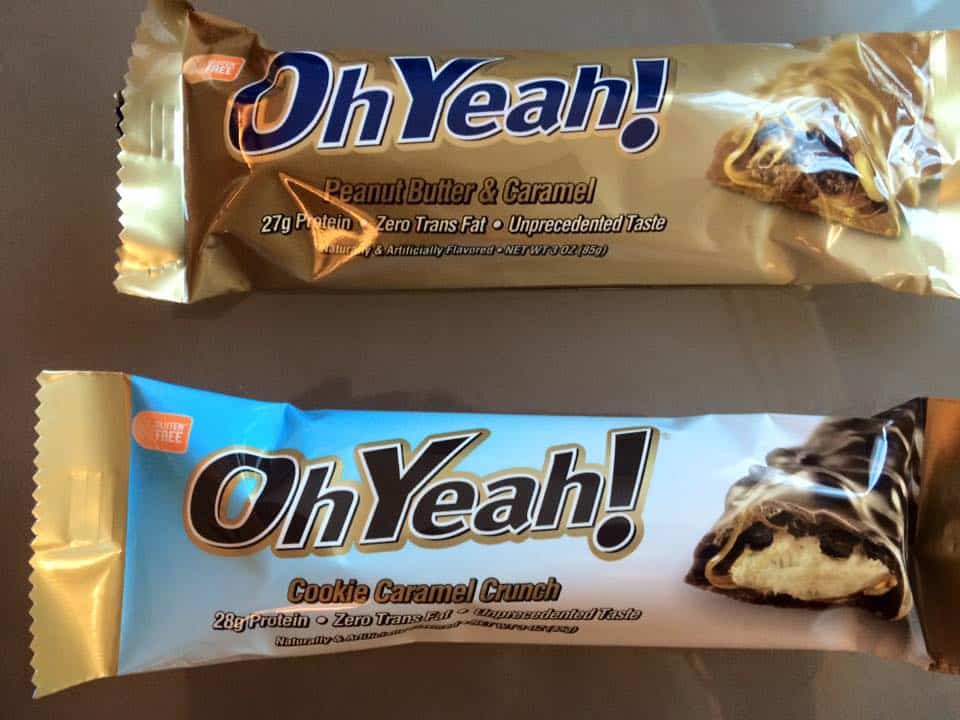 Oh Yea - these were AWESOME!

The Cookie Caramel Crunch bars were fantastic - they felt like such a naughty treat yet had a surprisingly high protein content. The Peanut Butter and Caramel weren't as good but still very nice.

They were also a good size - twice the size of most normal protein bars, yet the same price. Very impressed - I can't wait to find an online stockist so I can order some more for when I'm desperate for a treat! 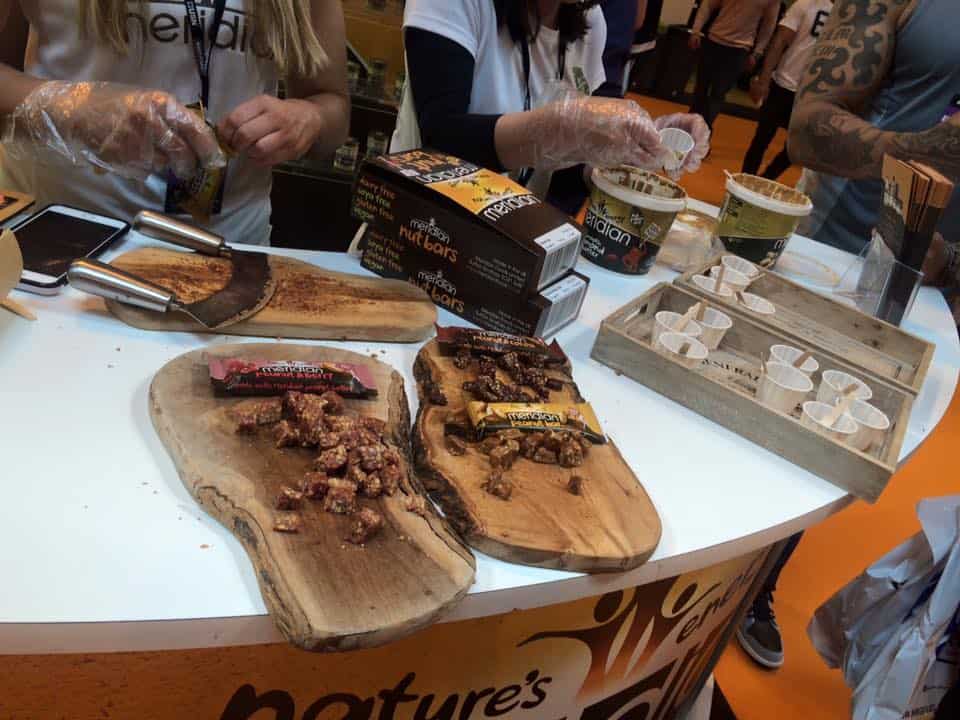 I am a HUGE fan of Meridian's nut butters - I pretty much demolish a jar every time I open one, I just can't help myself!

I've seen their new bars in Holland & Barratt but never tried one - and now was my chance. They were lovely, a chewy texture similar to that of something like a Nakd bar, but with a more nutty taste (obvs). 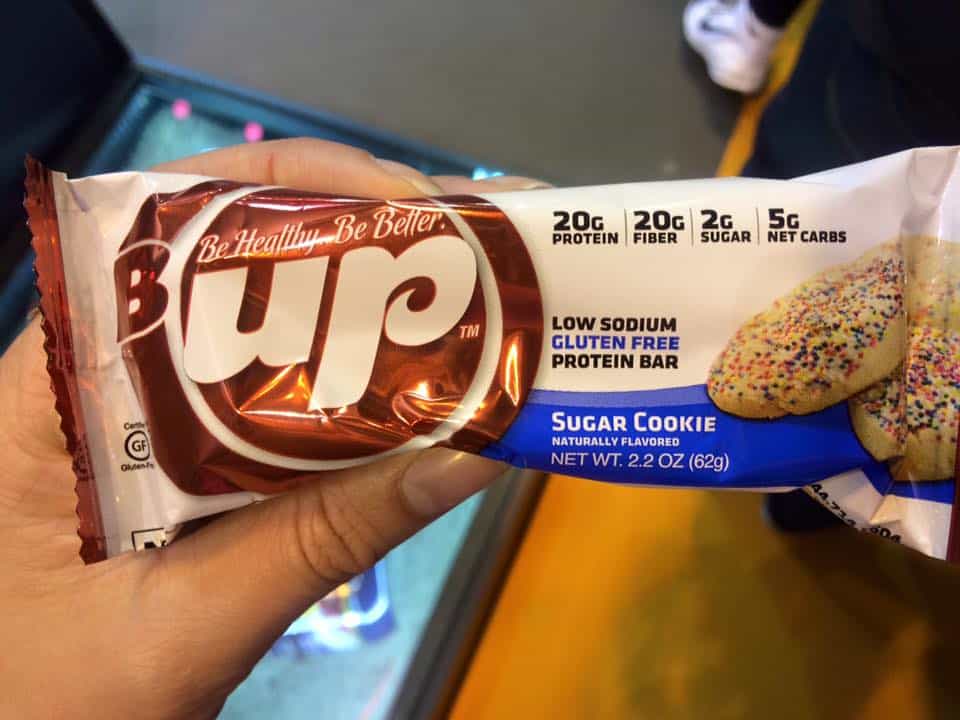 They had a really nice texture - a bit softer than the Quest bars I often have as my weekend treat. However, I didn't think the flavour was too exciting - I expected more sprinkles!

They do have some other bars, including one with a jam-like centre, which I wish I had tried - that will certainly be my mission for BodyPower next year! 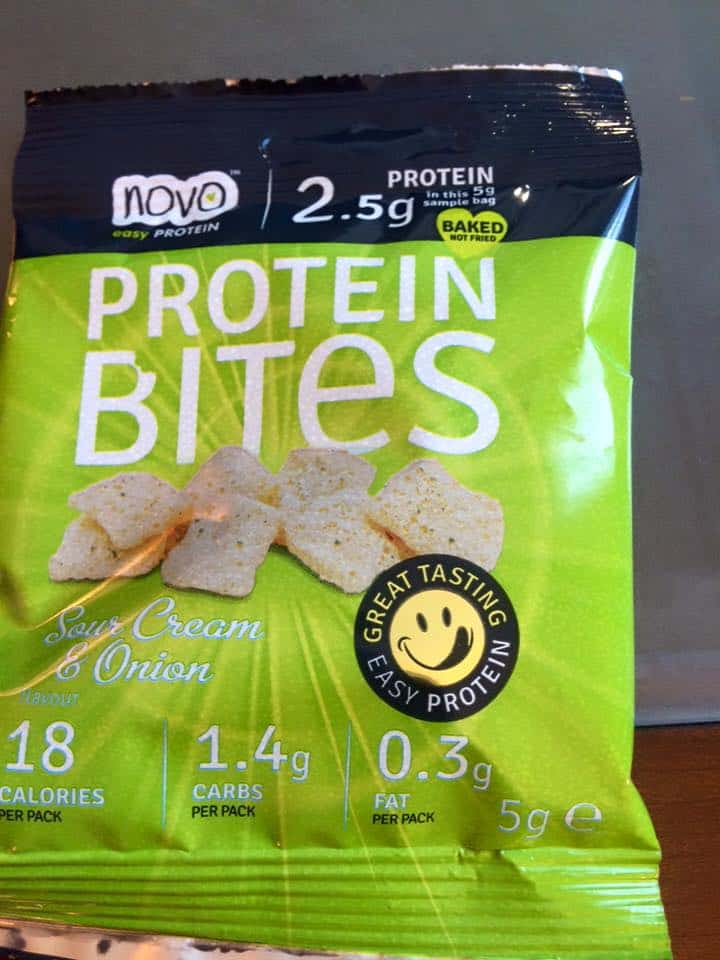 These baked protein bites - basically crisps - are only 18 calories per (tiny) pack, low carb, and contain 2.5g of protein. So basically, a flavoured bag of crunchy air!

They were really tasty - they reminded me of Quavers which I really miss! I loved the flavour and if you're on a strict diet and missing crisps these would be perfect.

However, it's probably not something I would buy. Great as a freebie to keep us going in the queues though! 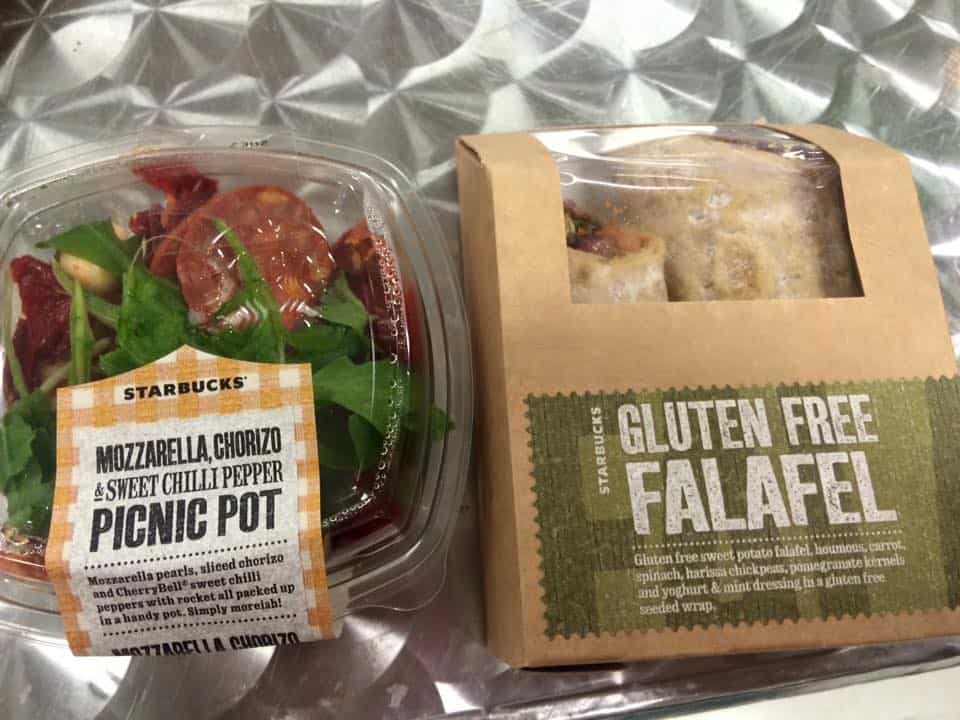 Ok, so this wasn't strictly in BodyPower but we did get it in the NEC before our train journey home! I don't have a Starbucks at home so I wanted to try their gluten free falafel wrap.

I also hate the way the gluten free wraps cling to your teeth - do 'normal' wraps do this too? I don't even remember!

The picnic pot was pretty standard really and a nice way to jazz it up. On reflection, I wish I had unwrapped my gluten free wrap and added this in - that would have been awesome!

There was just so much as BodyPower Expo, I think we needed a week to see it all! As well as the highlights above, I also discovered a new flavour of Quest bar I love - white chocolate and raspberry, as well as my favourites the chocolate cookie dough and s'mores bars. 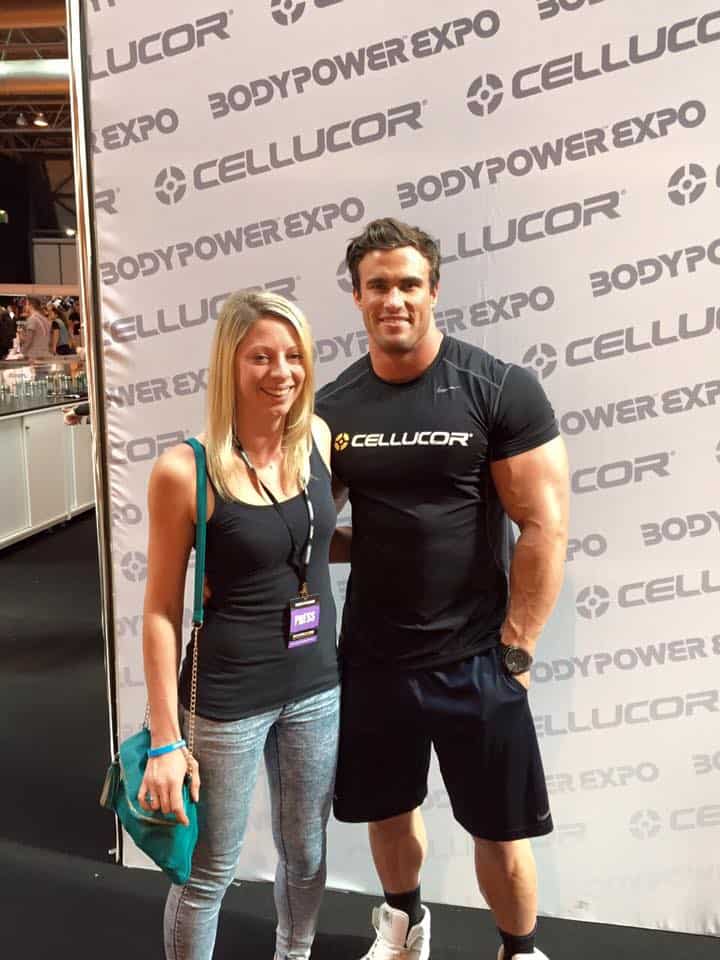 I met Calum von Moger (so fit) as well as a lot of muscly people that Steve knew who they were and I didn't! I tried Moringa - a miracle tree I learnt all about in Uganda in January, and now am really keen to get some.

There were plenty of different coconut products too - Lucy B was there with her stand and I also had some mango flavoured coconut water from one stand which was pretty tasty.

Oh - and of course- we got to see the Hulk Hogan! The queue to meet him was huge but we got pretty close which was awesome.

It was an amazing Expo and I cannot wait to hit the gym now. As I write this I'm planning an epic 'food prep Sunday' to set me up for the week. BodyPower has inspired me to work hard to achieve my goals. Can't wait for next year! 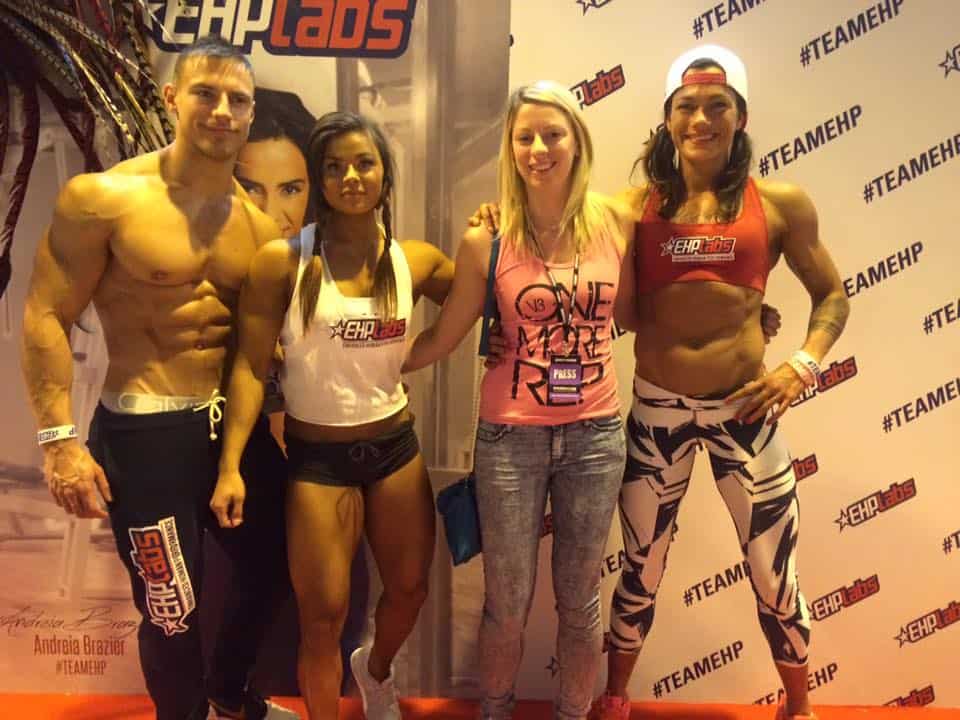