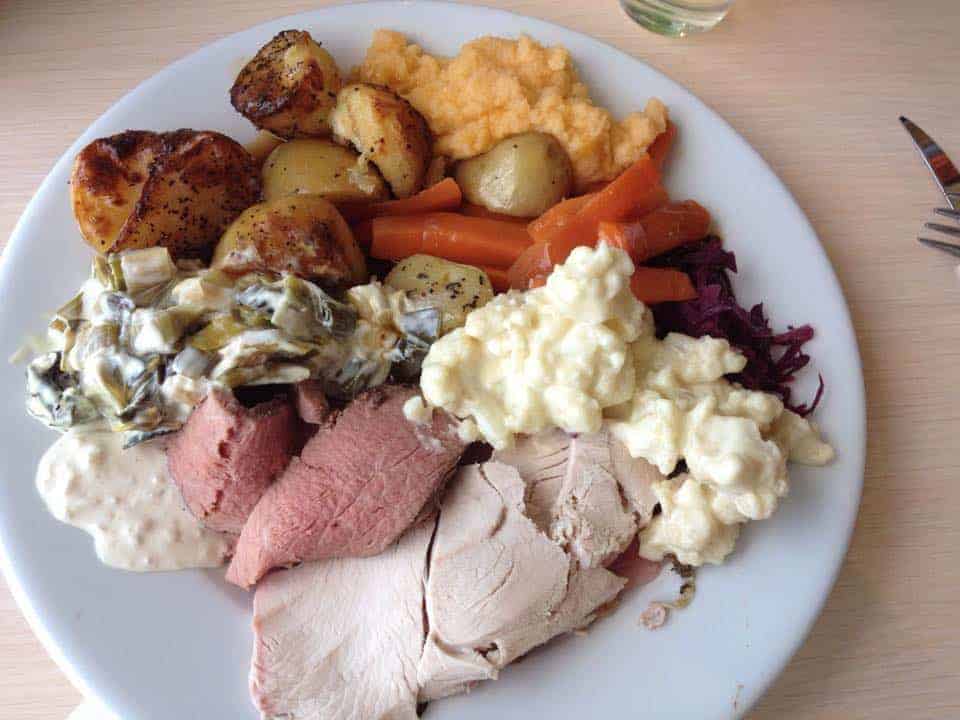 I have wanted to eat at The Pier House in Westward Ho! for so long, and my dad’s 60th birthday seemed like the perfect excuse to try it’s much raved about Sunday carvery.

I’d heard The Pier House, situated right on the seafront in Westward Ho!, North Devon (the only place in the UK with an exclamation mark in it’s name – true story) is really good at catering for gluten free, and I wasn’t wrong.

When I booked the table, I asked for a sea view. The waitress said she would try her best, and low and behold we turned up to this stunning vista…

It was such a glorious day, and the views here are just fantastic. Despite having an amazing menu, we all opted for the carvery – after all, the tantalising smells wafting our way were enough to sell it to us!

We were given our tickets and joined the short queue with three huge, juicy slabs of meat – gammon, beef and turkey. I don’t think you see enough gammon at carveries – it’s my favourite! The beef also looked really pink, which Steve and I were pleased to see!

Naturally, I had to go for a slice of each meat, and a generous serving it was too! When I asked what was gluten free, the chef was very helpful – all of the veg, he said. Even the cauliflower cheese, I asked? Yes! he replied, joyfully.

Brilliant news. I piled my plate with as much veg and potatoes (also gluten free) as possible – and when I moved to the gravy end I was pleased to see two choices – ‘gluten free turkey gravy’ and ‘gluten free beef gravy’.

I mean, what a simple but brilliant idea. Why bother making extra gravy for the coeliacs when you can make equally as good gravy, and it’s all gluten free. And so clearly labelled too – I was extremely pleased.

I think my eyes may have been a little bigger than my stomach, but I couldn’t help myself! The food was incredible. The meat was so juicy and the veg perfectly cooked – one of the best carveries I’ve had.

Despite feeling extremely stuffed, I was curious to know what was on the gluten free dessert list – and the waitress kindly brought me over a list. 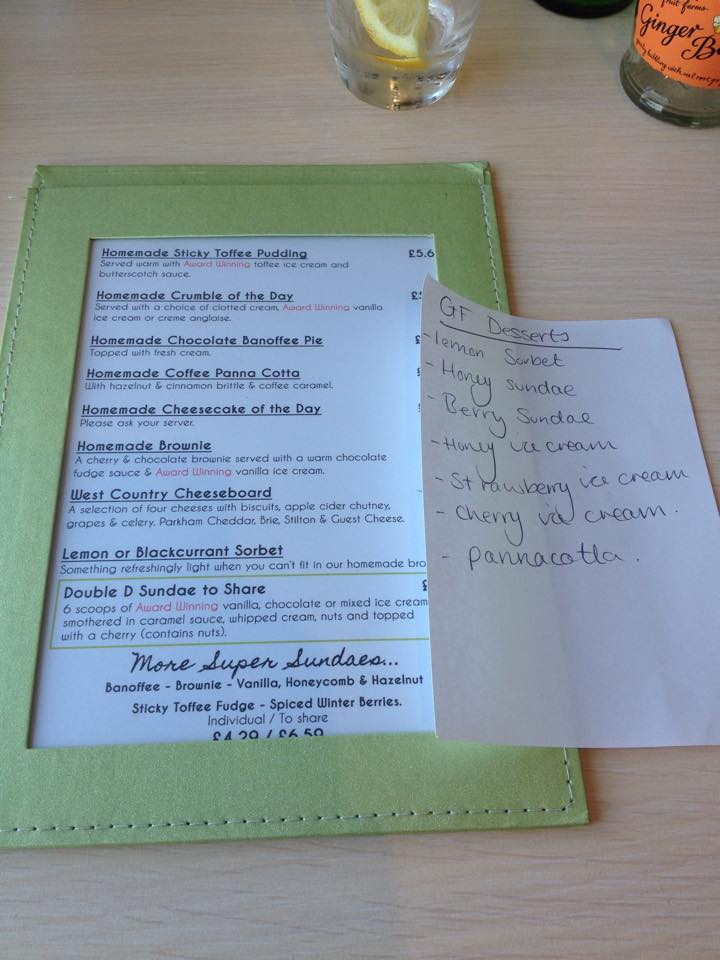 Sadly, the choice was basically ice cream, ice cream and….sorbet! I’m not the biggest ice cream fan, and didn’t fancy the pannacotta. To be honest I was stuffed so I opted for a flat white instead and watched everyone else devour their desserts.

The desserts looked incredible – again, huge portions – and I think if there was one thing that would have topped this meal, it would be a ‘cake-like’ gluten free pudding.

That being said, I was really impressed with The Pier House’s gluten free offerings. Everything was clearly marked, the staff were so helpful, and nothing could top eating next to that view. I can’t wait to go try out the evening menu now!

Find out more about The Pier House on their website here.