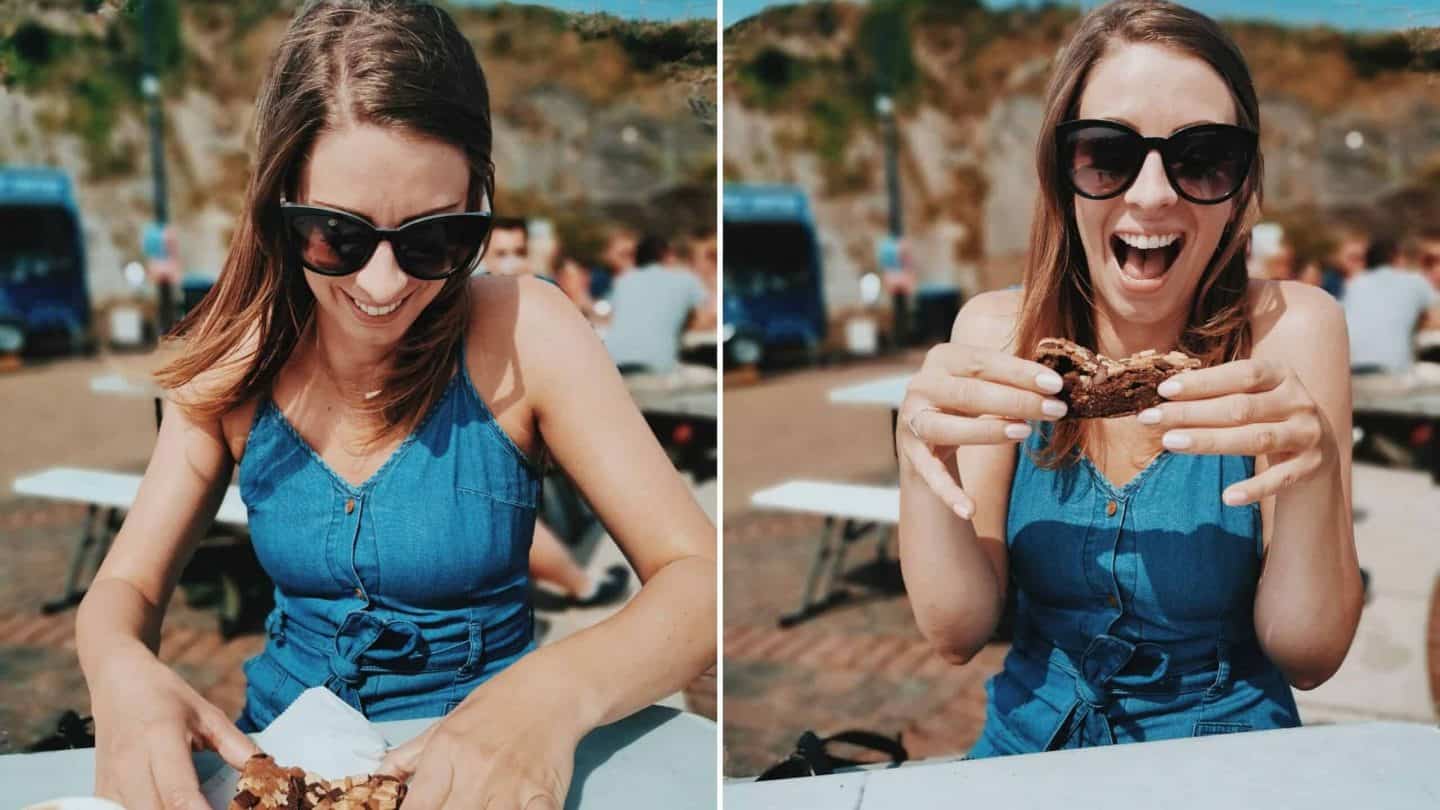 I’ve been a member of many gluten free and coeliac Facebook groups for a while now, and I see a lot of the same questions being asked.

It seems while something are straight cut – no bread, no cakes, no doughnuts – others are a little more confusing. A lot of the same products are under fire, causing controversy or just generally baffling people.

So I wanted to make things a little easier. Call it a ‘Coeliac FAQs’ if you will. But I thought I’d gather together some of the questions I see asked the most on Facebook into one handy blog post.

I really hope these answers will come in handy – I’ve done a lot of research and consulting with Coeliac UK and various companies on these but of course, if anything changes, I will update you!

Here are some commonly asked questions about coeliac disease and being gluten free. All advice was correct at the time of publishing but please do, as always, double check yourself.

Ah, Bisto. I remember for years having jars of Bisto Best (not the granules in tubs – they have gluten) but there seems to be a lot of controversy surrounding it now. Ironic, given there are SO MANY gluten free gravy options on the market.

The short answer is: Jars of Bisto Best do not contain gluten in the ingredients. They have more recently been marked with a ‘may contain traces of gluten’ warning. However, the Coeliac UK scanner app says they are still gluten free. Therefore, personally this would tell me the jars of Bisto Best are gluten free.

I’ve seen a lot of heated debates about Vimto, but it appears that although it contains Barley Malt (which has to be listed in bold because it is an allergen) it is in fact gluten free. The Coeliac UK app lists it as gluten free.

Vimto says on its website: “Vimto is classed as gluten-free. There is a very small amount of gluten present which carries through from the barley malt used in its manufacture, but the level is far below the threshold above which it would be considered to contain gluten (20 parts per million).” Side note – I love that ‘is Vimto only popular in the UK?’ actually made it into their FAQs!

As discussed in episode three of Oh Crumbs Podcast, I spent 17 years of my life thinking I couldn’t have barley malt vinegar and chastising anyone who dared point some in the direction of my chips. Turns out, Barley Malt Vinegar IS gluten free! Again, I think the fact Barley, as an allergen, had to be highlighted is causing the confusion here.

Coeliac UK says: “Barley malt vinegar is made using a fermentation process. This means that the amount of barley, and therefore gluten, in the end product is extremely small and is well below a level which is safe for people with coeliac disease. In addition, barley malt vinegar is usually only eaten in small amounts, for example, drained pickled vegetables, sauces with a meal or on chips.” 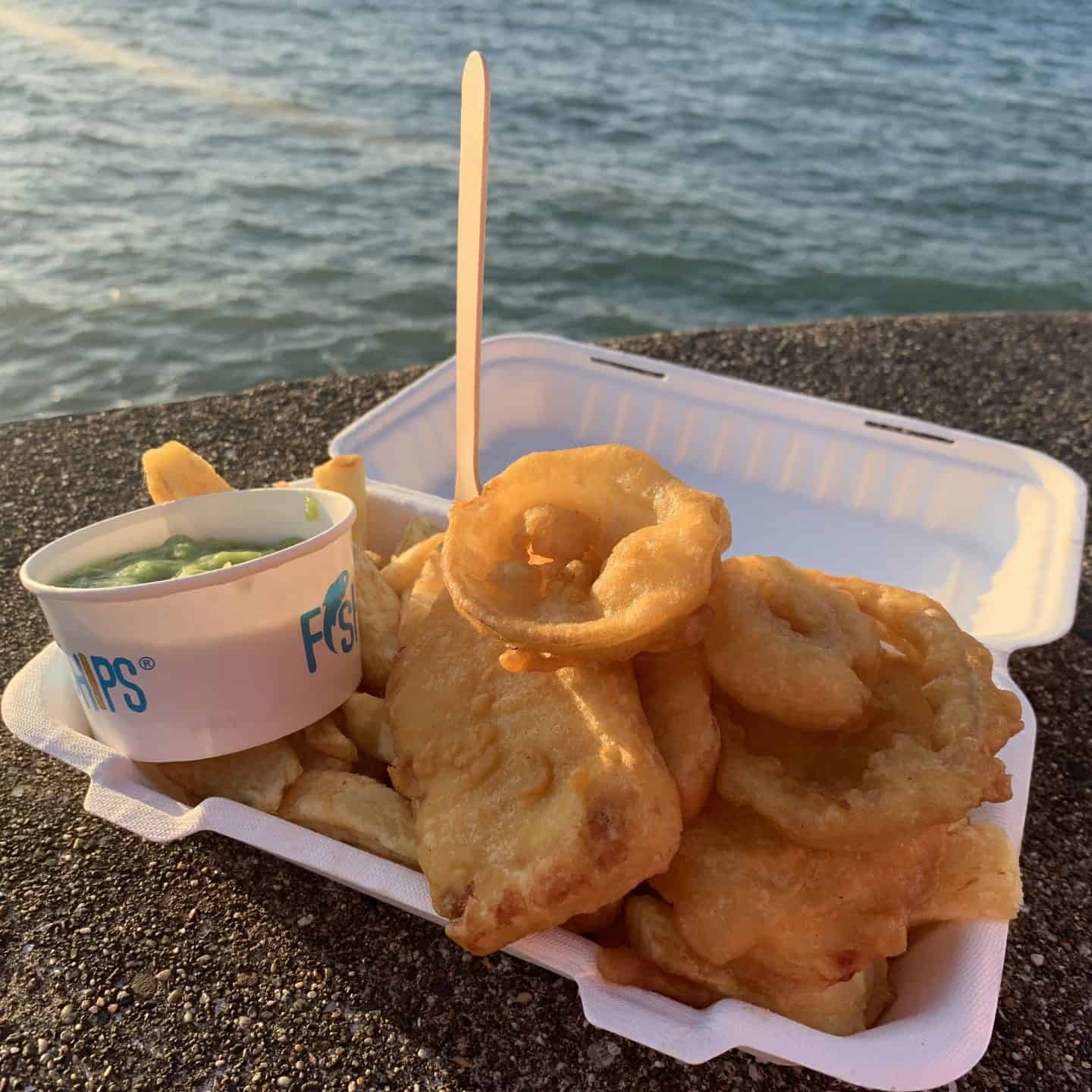 This one is not so clear cut. Oats themselves do not contain gluten – they contain a very similar protein called avenin which can cause a similar reaction to gluten in some people with coeliac disease. The problem comes in the manufacturing process.

The standard oats on the supermarket shelves are not gluten free. This is because they may have been cross-contaminated. Therefore you should only eat specifically-labelled gluten free oats. You’ll find these in the free from aisle.

Some people do still find they have a reaction to gluten free oats and if this is the case, you should definitely go back and speak to your GP or dietician to get some advice.

Can I drink in coffee shops where oat milk is used?

Oh, the dreaded Oatly debate! Since the eruption of veganism into the mainstream world, many coffee shops have increased their vegan offerings with oat milk. Great news if you’re dairy free, not so much if you have coeliac disease! I get asked a lot: is oat milk gluten free? While some oat milks are gluten free, most are not – including Oatly, which is the most popular brand of oat milk for baristas.

Firstly, ALWAYS double check the packaging because I’ve lost count of the amount of baristas who have told me they use gluten free oat milk, only for me to ask to see the carton and find out it was NOT gluten free at all.

Secondly, you have to exercise your own judgement with this one. Some coffee shops will be super busy and won’t exercise the correct clean downs between drinks, which means there is a risk of cross contamination. Some may use different nozzles for dairy and non-dairy milk, which would eliminate this risk (but not great if you’re also dairy free!).

I’m afraid there isn’t really a clear cut answer on this one. I know a number of people who said they were getting ill from drinking from coffee shops using oat milk (only for drinks which use the milk frother or blenders) and others who say they are fine. I would say go on your gut instinct, ask questions, and if you’re not sure – avoid. Or find a coffee shop which either doesn’t use oat milk or uses a gluten free oat milk instead! 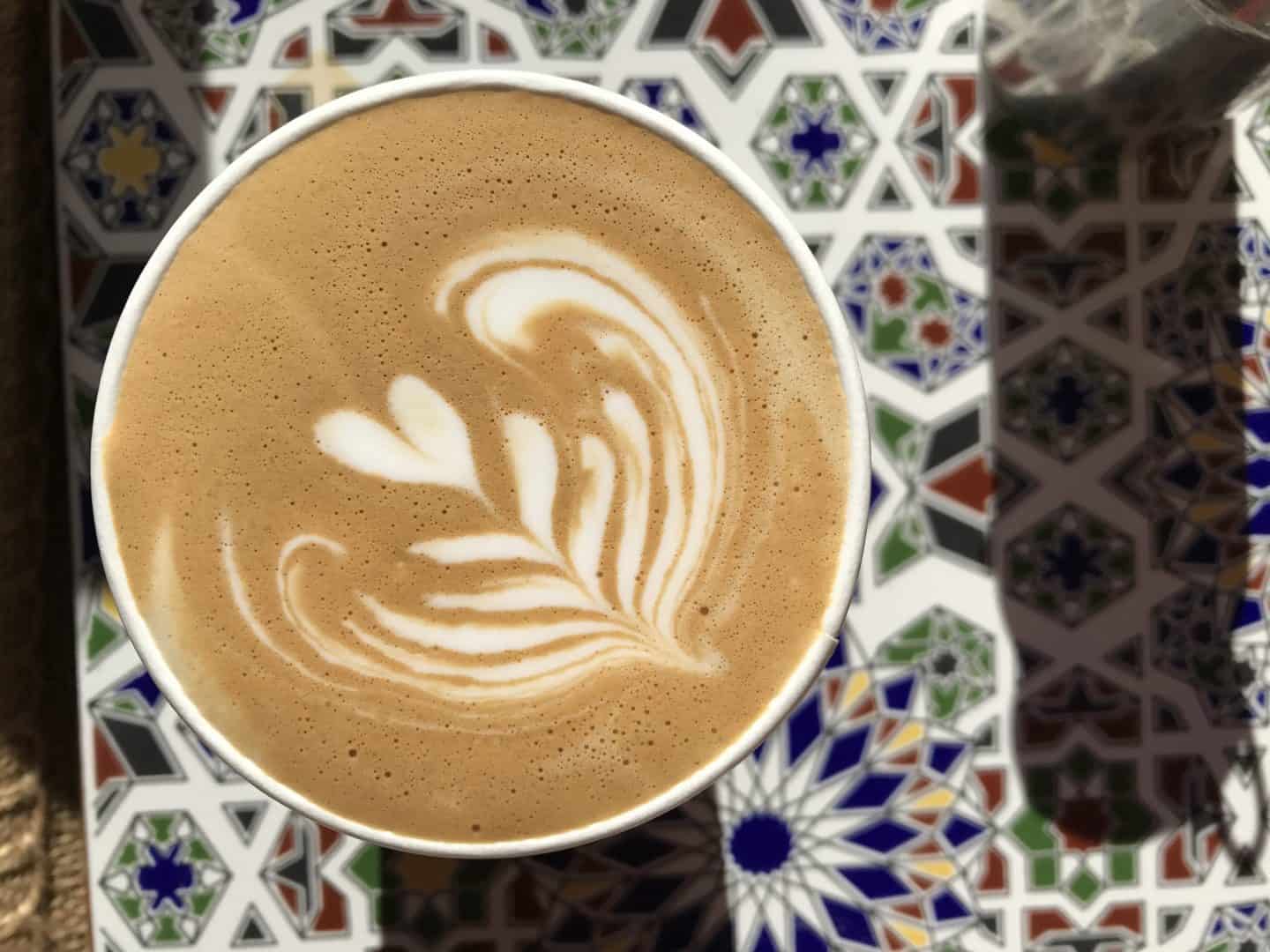 Oh Marmite, why must you taunt us so? Us long-term coeliacs will remember a time when Marmite was safe to eat. However, since 2016 Coeliac UK said Marmite is no longer gluten free. This is because the yeast extract is a by-product of gluten-containing foods like bread, wine and beer, and the levels of gluten in Marmite are above 20ppm.

Sorry to any Chinese food-lovers out there because the bad news is, soy sauce is NOT gluten free. Most soy sauces are made with wheat flour and therefore not safe on a gluten free diet. However, most varieties of Tamari soy sauce are gluten free. Personally I think this tastes exactly the same so it just means you can create your favourite Chinese dishes at home in a gluten free way.

This is a question I see popping up again and again all over the internet – is Corona gluten free? It seems to be a bit of an urban legend, and theories differ between the UK and the US. I contacted Budweiser Brewing Group UK&I to ask them and received the following response:

“I have taken a look into this for you and I can confirm that Corona does indeed contain Gluten. The only beer that we have that’s gluten free is Stella Artois, you would find this in the gluten free section in Asda, Tesco and Morrisons.”

What alcohol is gluten free?

Actually, quite a lot of alcohol is gluten free! Generally, unless it’s marked specifically as gluten free, anyone with coeliac disease cannot drink: beers, ales, lagers and stouts. Pretty much most other alcohols are ok! Spirits such as vodka, gin, rum and – yes! – whisky, are gluten free because of the distilling process. Bailey’s is a common one I get asked about at Christmas – yes, Baileys is gluten free.

You might need to be careful with pre-mixed drinks and cocktails to check nothing with gluten in is added to them, but generally speaking spirits, wines and ciders are gluten free.

I know, to most of us veteran coeliacs it’s a question which seems so obvious and can often feel frustrating to answer. But actually, I’ve realise if you’re newly diagnosed as coeliac or cooking a gluten free meal for a friend, it actually isn’t. Potatoes ARE gluten free and suitable or people with coeliac disease.

Sadly, Malteasers are not gluten free. I’d absolutely love it if they were! Schär has recently bought out some new chocolate balls called ‘Delicios’ which are similar, but not quite the same. If Malteasers ever make a gluten free version I promise you’ll hear about it from me! 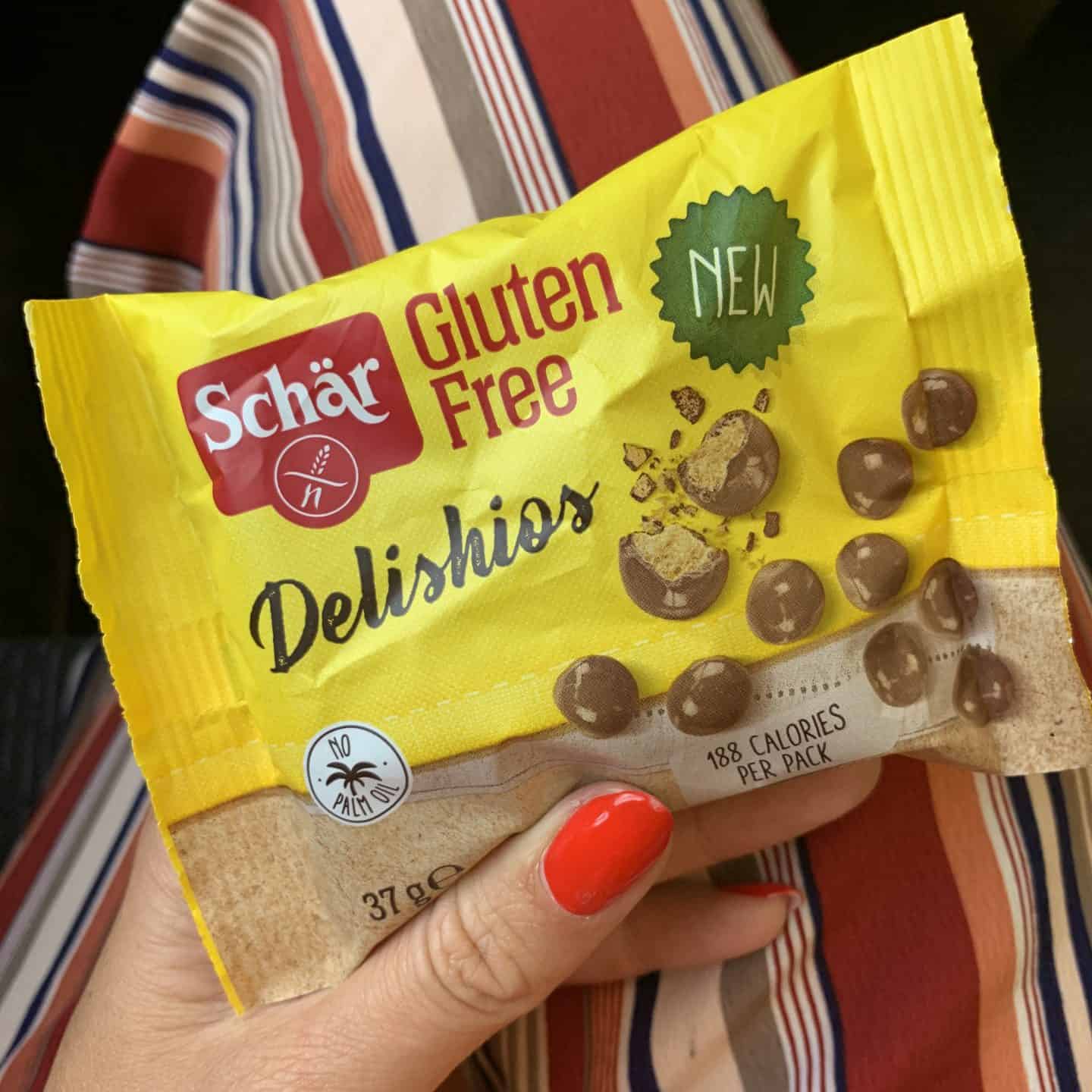 Got any questions about coeliac disease?

I really hope these Coeliac FAQs have helped, but I’m always happy to answer more questions! I’ll update this post as new topics crop up so do bookmark it can keep checking back. If you have any questions yourself, please do post them in the comments and I’ll answer them. You can also join my super friendly Facebook group and ask away in there too!