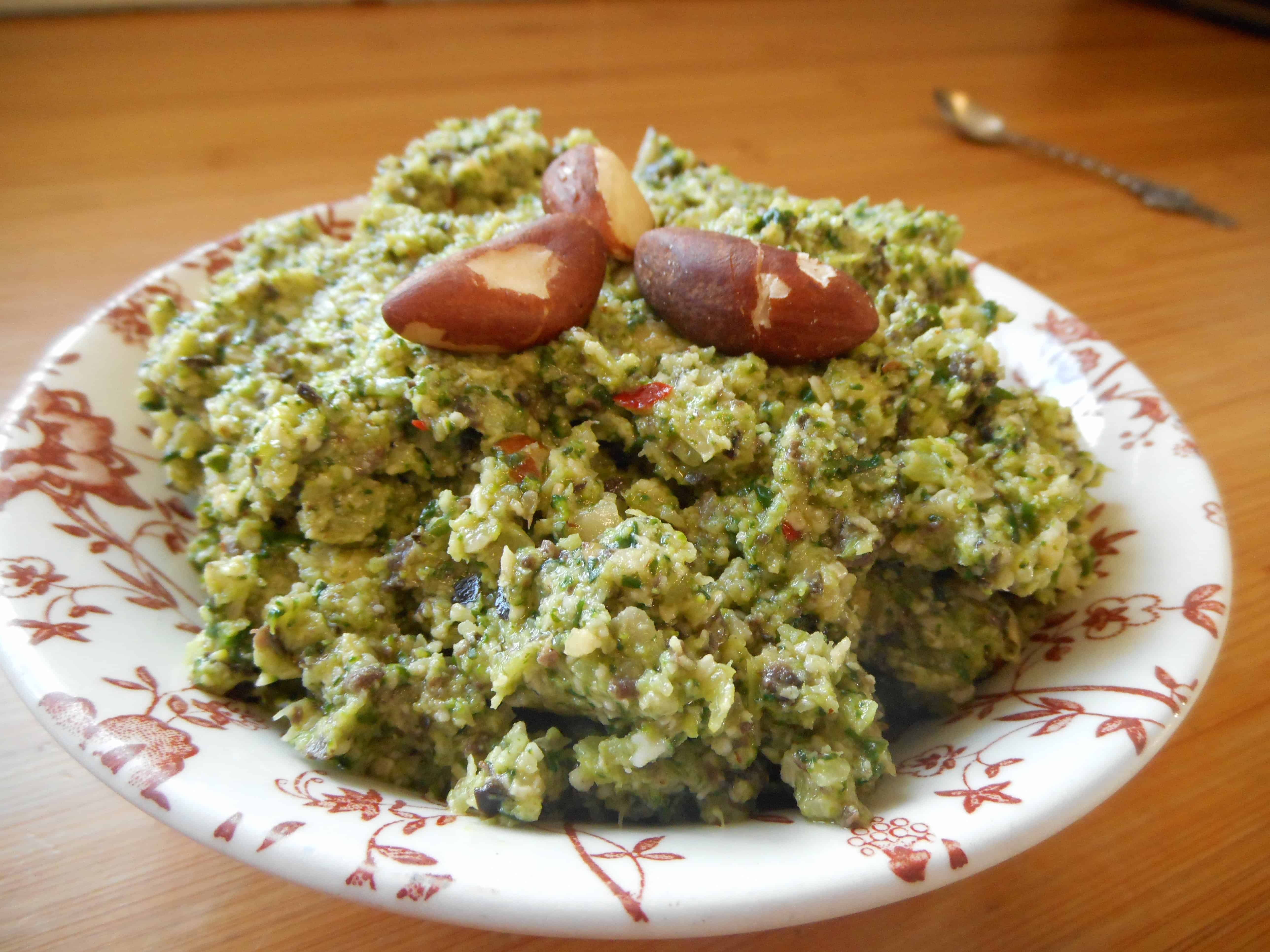 Pesto is one of those amazing foods that goes with pretty much everything - and nothing beats a home made version. I've often whizzed the traditional basil, parmesan, pine nuts and olive oil in a blender to create a fresh, vibrant green paste which is perfect paired with pasta - or my 'courgetti spaghetti' (recipe here) I made with fellow blogger Lauren.

But I felt like mixing things up a bit. I was bored of the same old salads in my lunchbox and wanted a change. I always try and vary my protein sources but fats generally come from avocado or feta and to tell you the truth, I was sick to death of both of them!

So I decided to make pesto. I wanted it to be a bit different - and go further than usual. So I thought what better to add to the mix than broccoli? I decided to steam the broccoli to soften it, though not too much, and I had a rummage around the cupboard to see what else I could add. 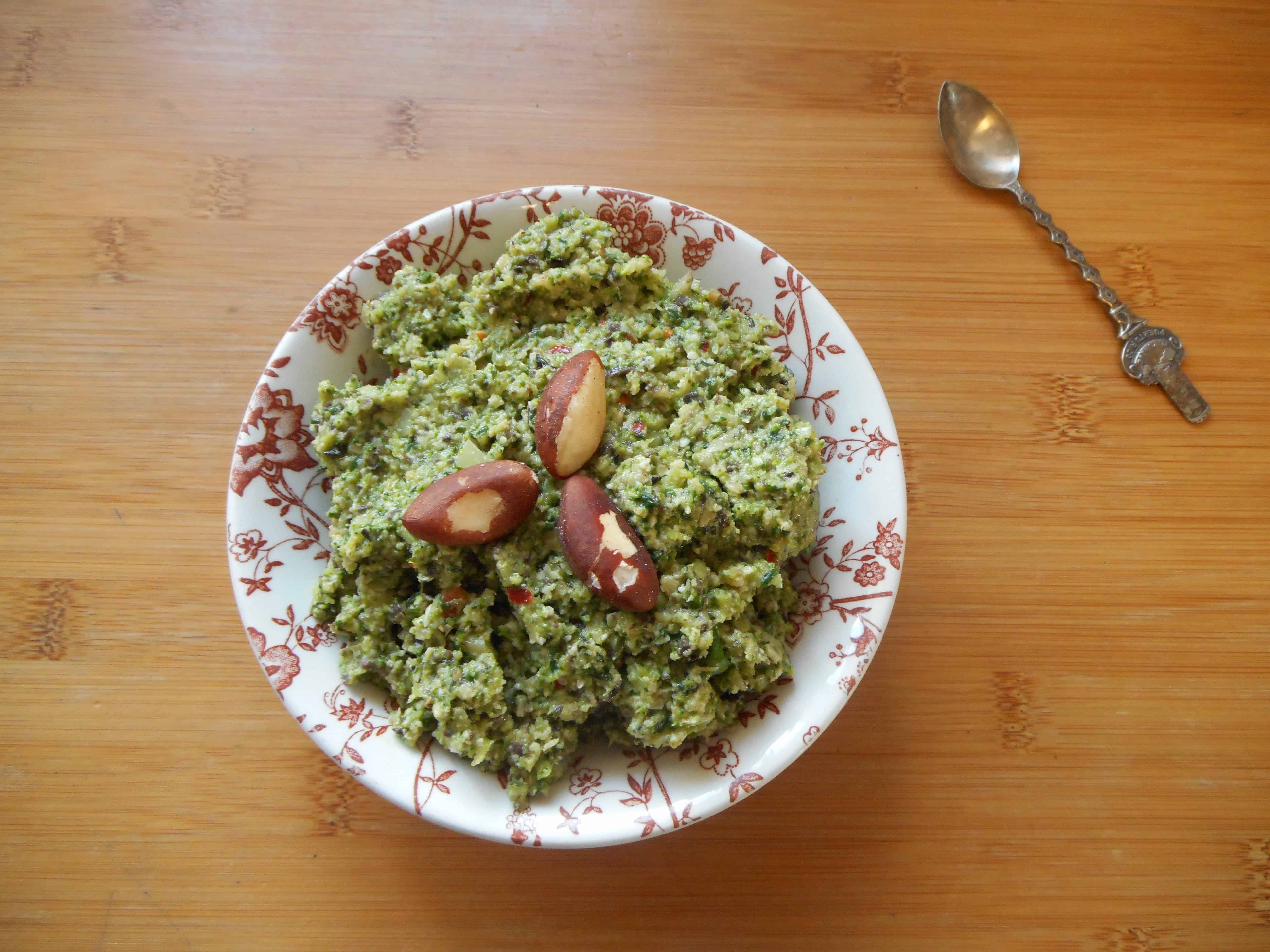 I had some Brazil nuts which had been in there a little while - they're packed with selenium, great for healthy thyroid function - and thought these would add  a nice depth of flavour to the pesto, as well as a bit of added crunch! I decided to add goat's cheese (I'm trying to cut down on cow's milk) instead of parmesan, which gave it a more delicate flavour, and not too overpoweringly-cheesy.

For a bit of a kick I added some chilli flakes, plus a handful of black olives. I love olives and thought these would bring a bit of tang to the mix, as well as some salty flavours. It all worked really well whizzed up! I didn't over-blend the mixture as I wanted it to still have some crunch, which was great.

I worked out this made eight portions which perfectly fitted my macros, and enjoyed most of it with salad. But you could try stuffing chicken with it, adding it to pasta or stirring some baked vegetables through the mix - the choices are endless. 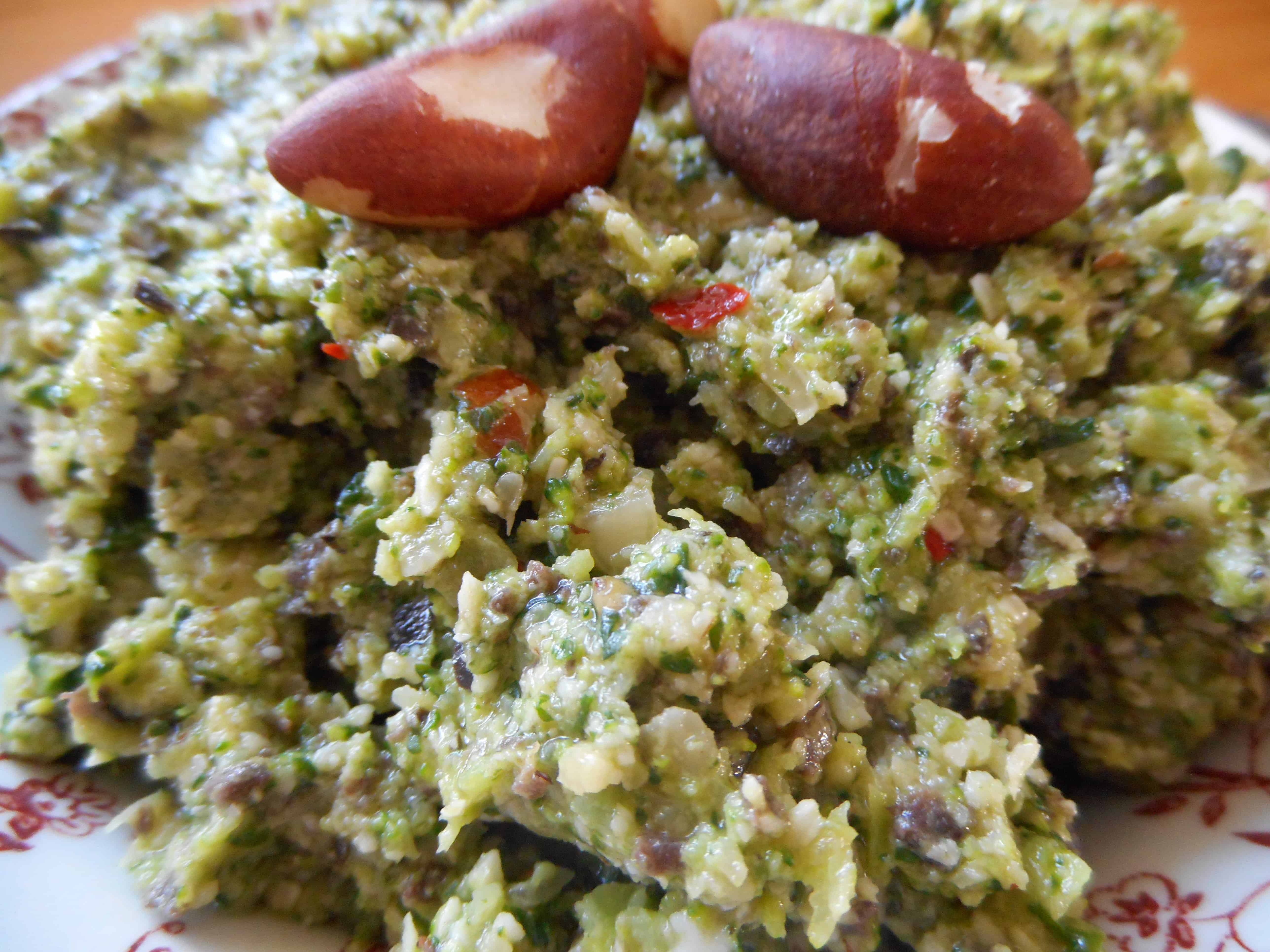