Well, well, well, what a year it has been for new gluten free products! It's really been quite an exciting year for product launches so I wanted to share with you some of my favourite new goodies from the last 12 months. Some of these are you might still be yet to come across!

It really pleases me that the free from market continues to grow and there is still so much innovation out there. There are so many products now that I never dreamed there would ever be a gluten free version of. Of course, I still have a wish list (come on Krispy Kreme!!) but maybe in 2020 my dreams will come true, who knows?

And on the other end of the scale, we had a few gluten free fails this year... but let's get through the good stuff and save the facepalming until the end! I'd love to know what your favourite new gluten free products of the year have been - so drop me a comment at the end to let me know!

So here, in no particular order, are some of my favourite new gluten free products from 2019... 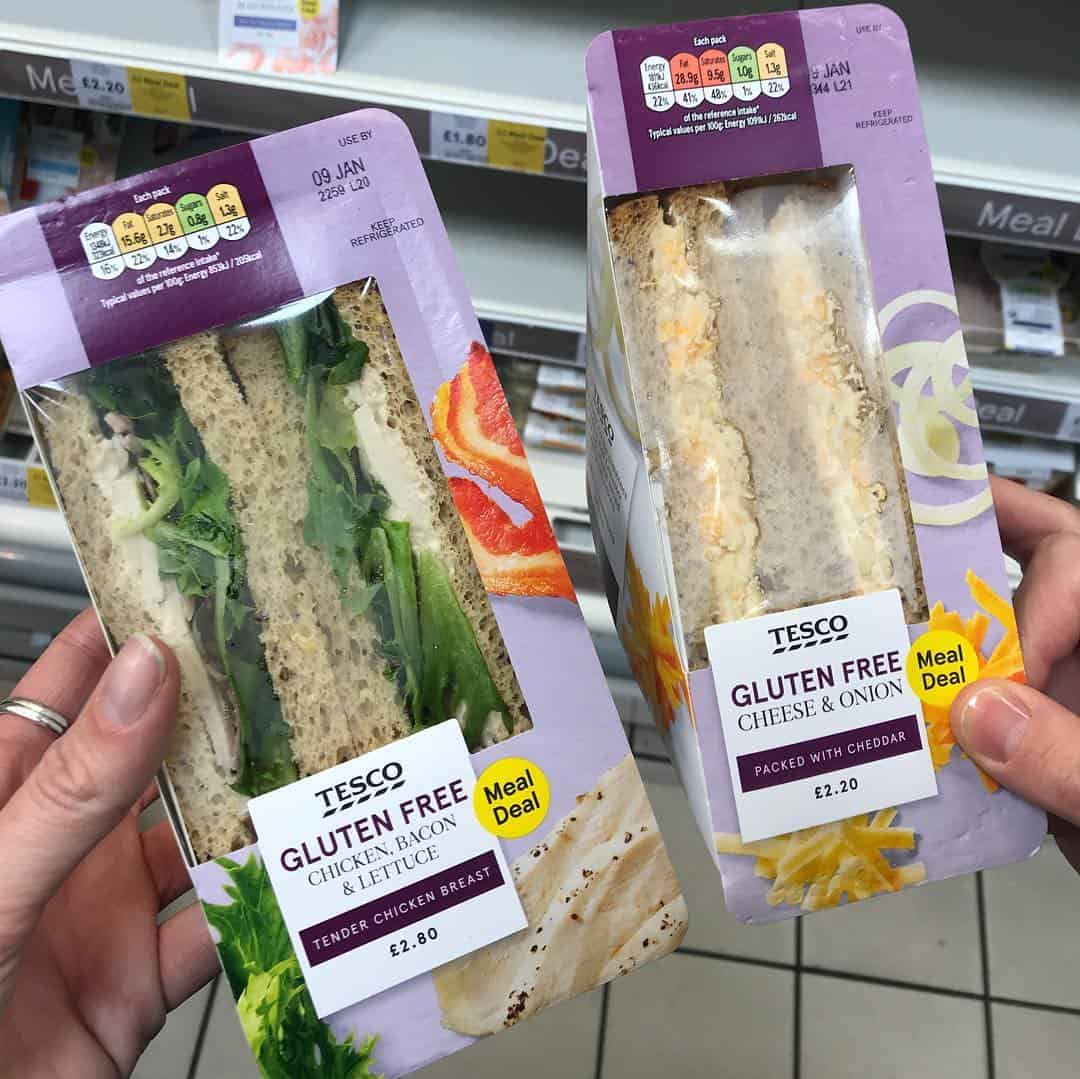 It was very exciting when Tesco kicked off 2019 with two brand new gluten free sandwiches. The gluten free cheese and onion sandwich and the gluten free chicken, bacon and lettuce sandwich are also part of the meal deal - fab news for many people's wallets. It was so good to see some choice! 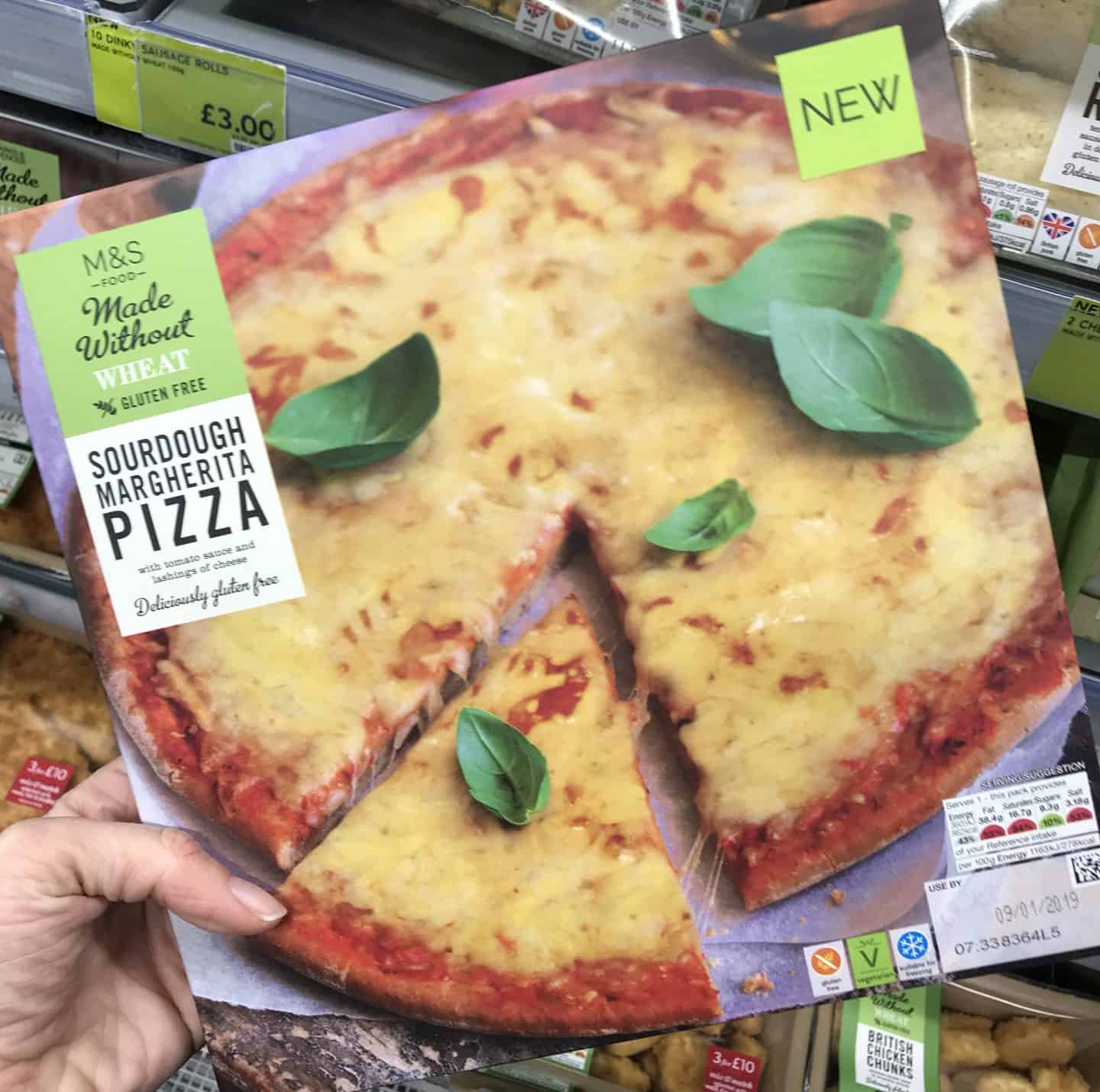 The next exciting product launch of 2019 was when M&S launched its gluten free pizza and garlic bread pizza. Finally, M&S had caught up on the pizza bandwagon, and although a little pricey these pizzas are very tasty and handy when you're in a rush and need to grab something quick. This was quickly followed by one of the most exciting launches of the whole year... 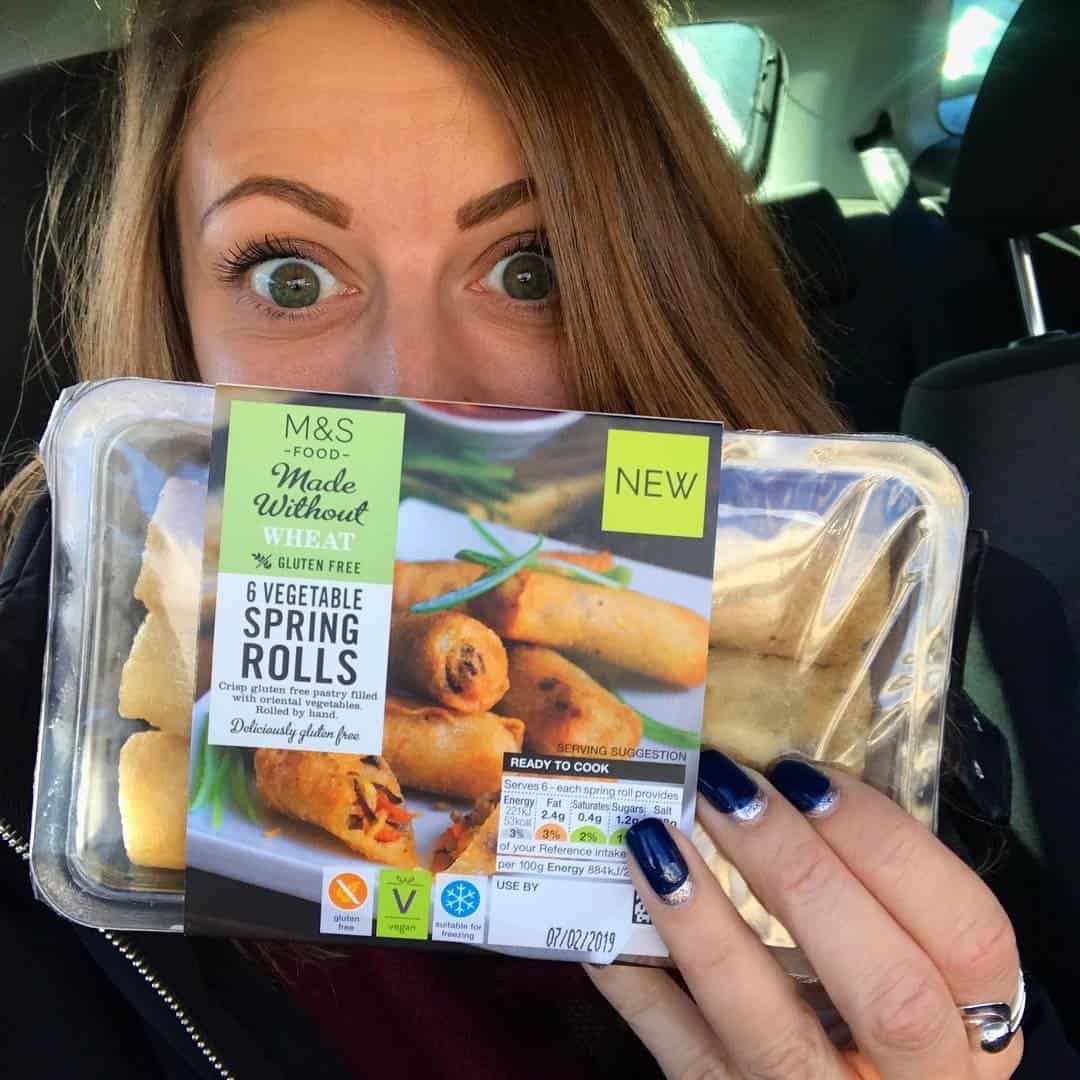 I'm pretty sure the launch of the M&S spring rolls earlier this year sent the internet into meltdown! It's always exciting when you see something brand new and these were such a welcome addition. I still buy them for when I have a gluten free Chinese at home, they're so good - and vegan too! 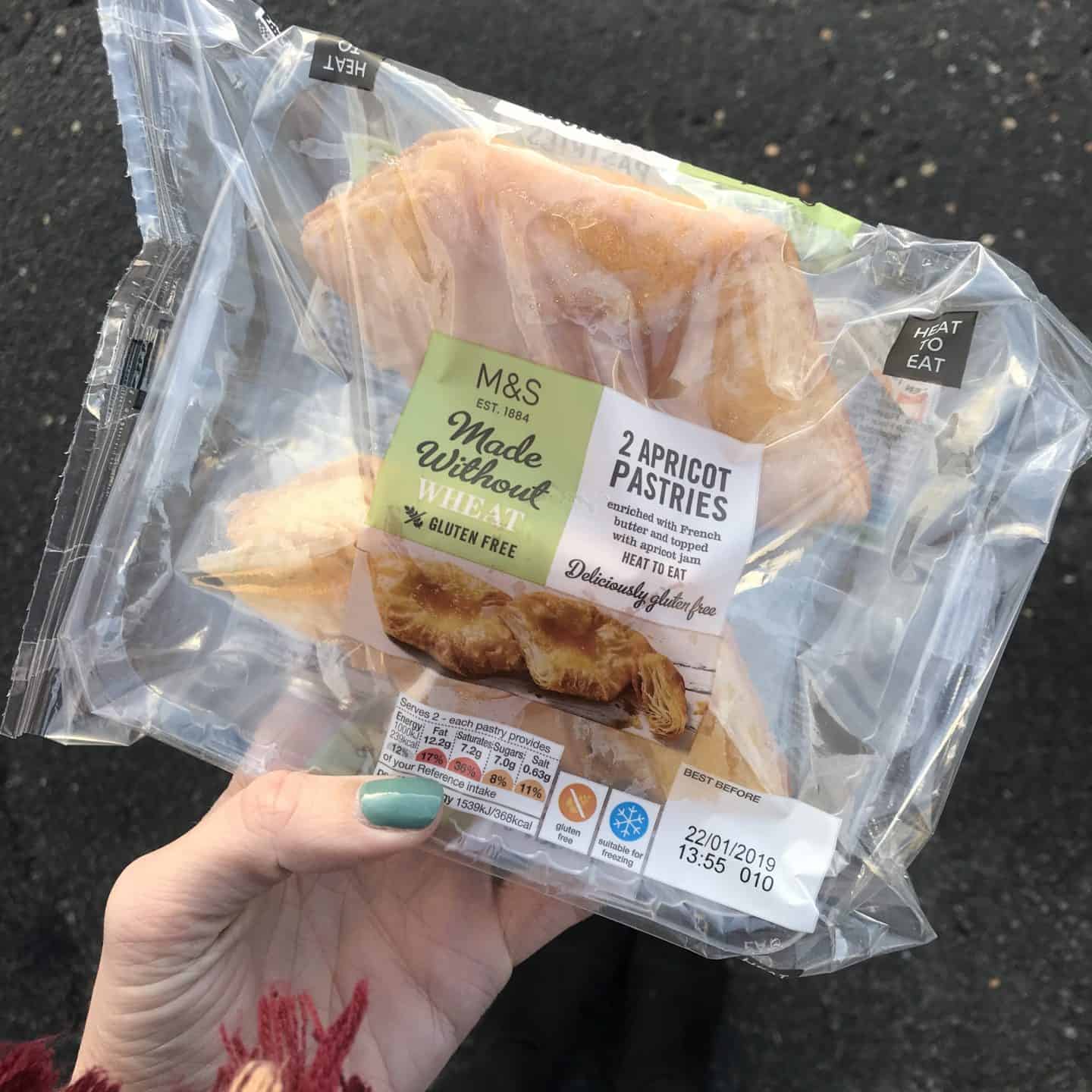 And while we're on the subject of M&S (who really started the year with a bang!) there was also so much excitement for the launch of their gluten free pastries. They were first supermarket to launch them which then led to... 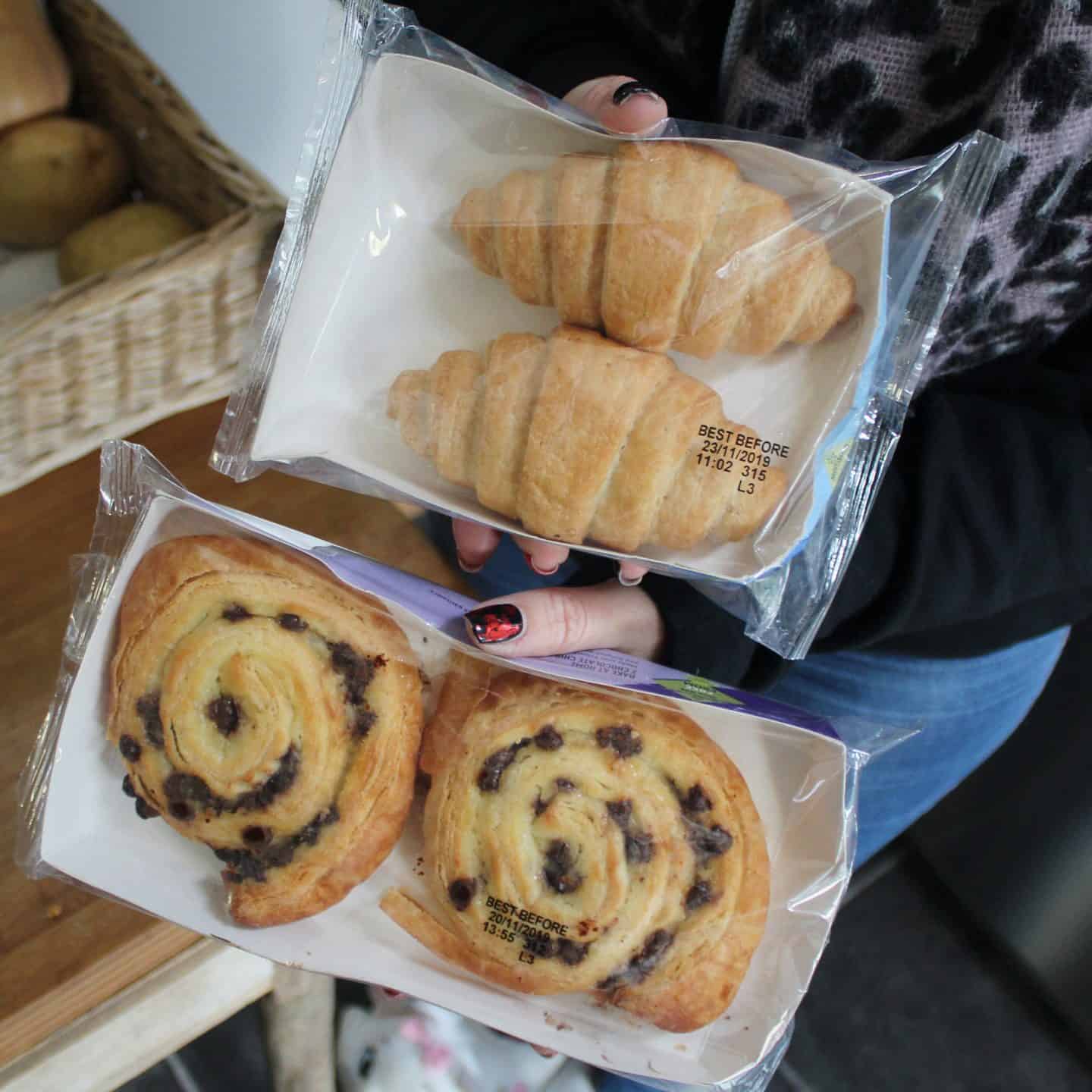 These were launched at the latter part of 2019 and included Morrisons' flaky croissants (which I thought were AMAZING) and their chocolate swirls. Tesco also soon followed suit and launched some gluten free croissants as well as... 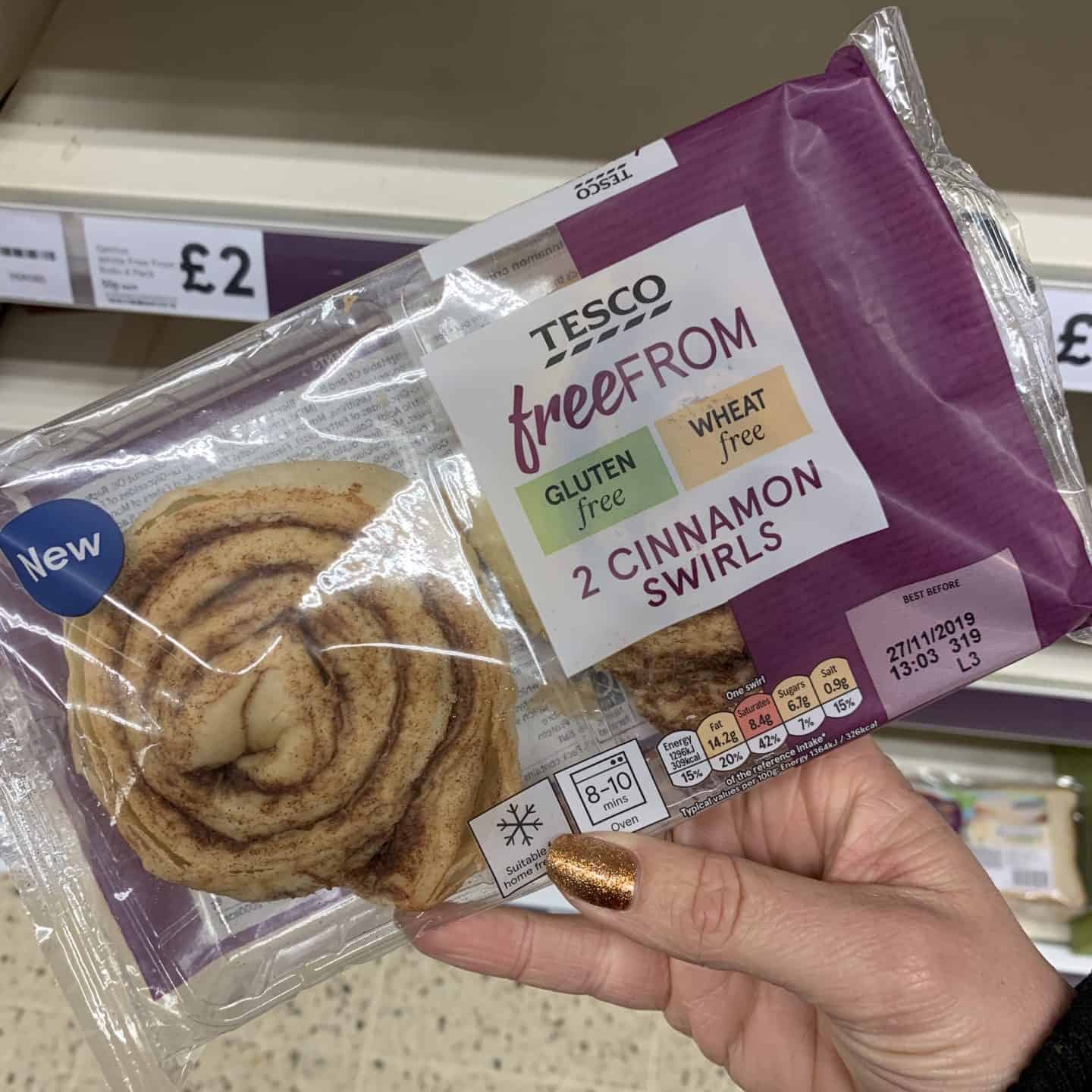 These Tesco free from cinnamon swirls also launched a week or so after Morrisons' range. I love how in a year we've gone from no gluten free pastries, to having options in virtually every store! 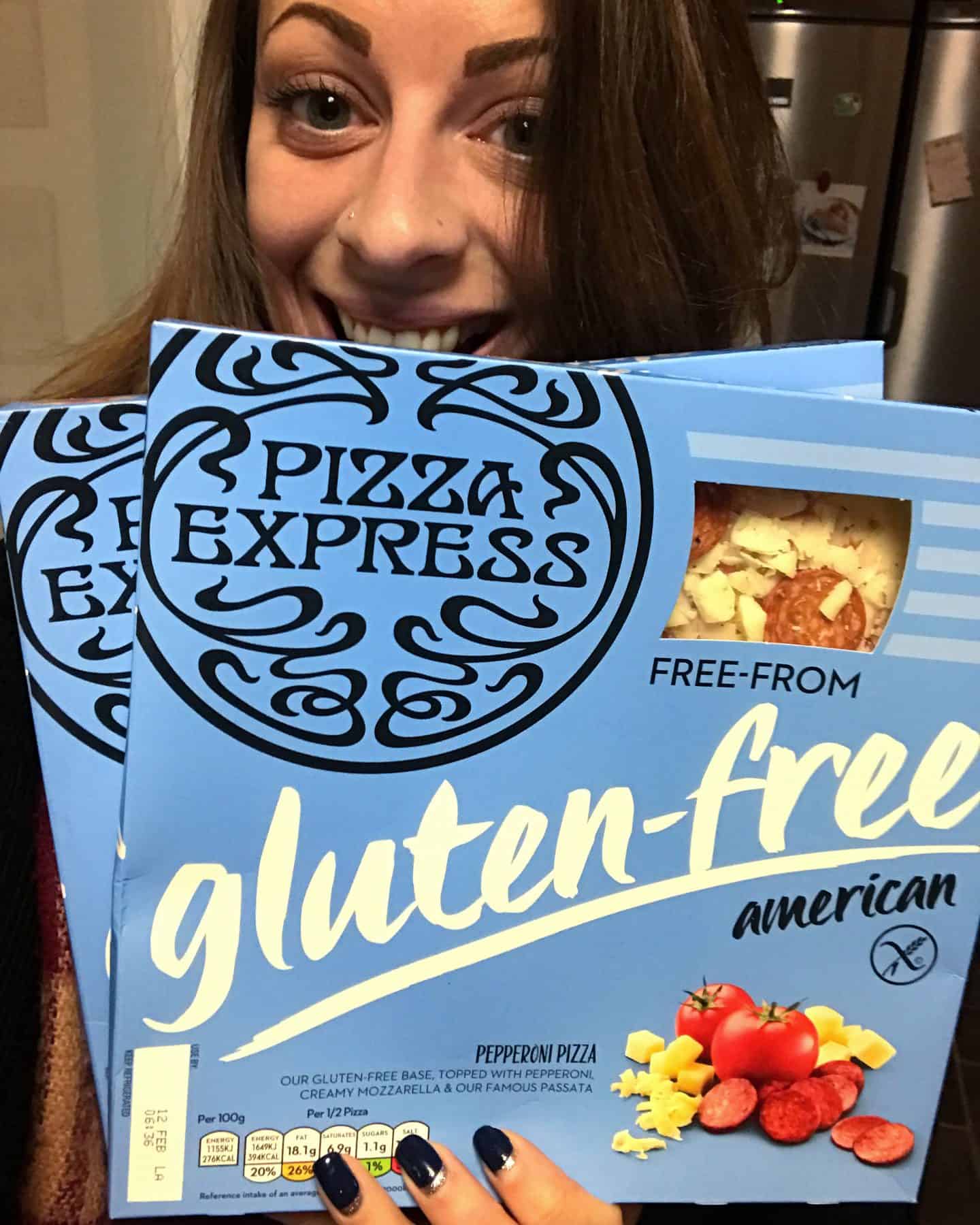 Away from pastries and back onto pizza - I LOVE a pepperoni pizza so I was very excited when Pizza Express launched their gluten free American pizza into stores. Sadly they don't stock this anywhere near me but it still makes me happy to know it's out there, somewhere. 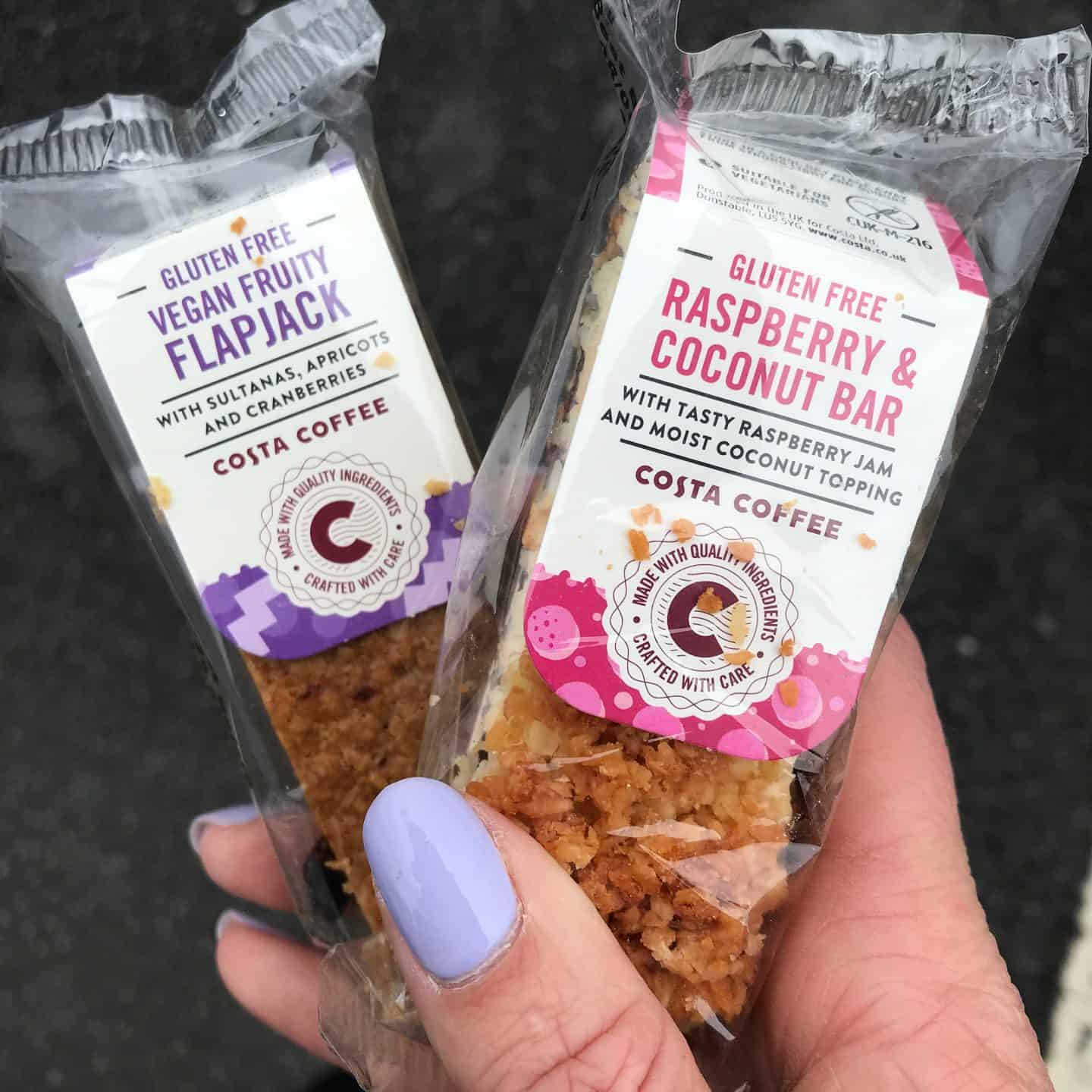 Gluten free brownie haters rejoiced when Costa launched some new cakes to its gluten free line-up this year. We seem to have an excessive outbreak of Costa Coffees in our town so it's nice to be able to choose between several option now instead of one. 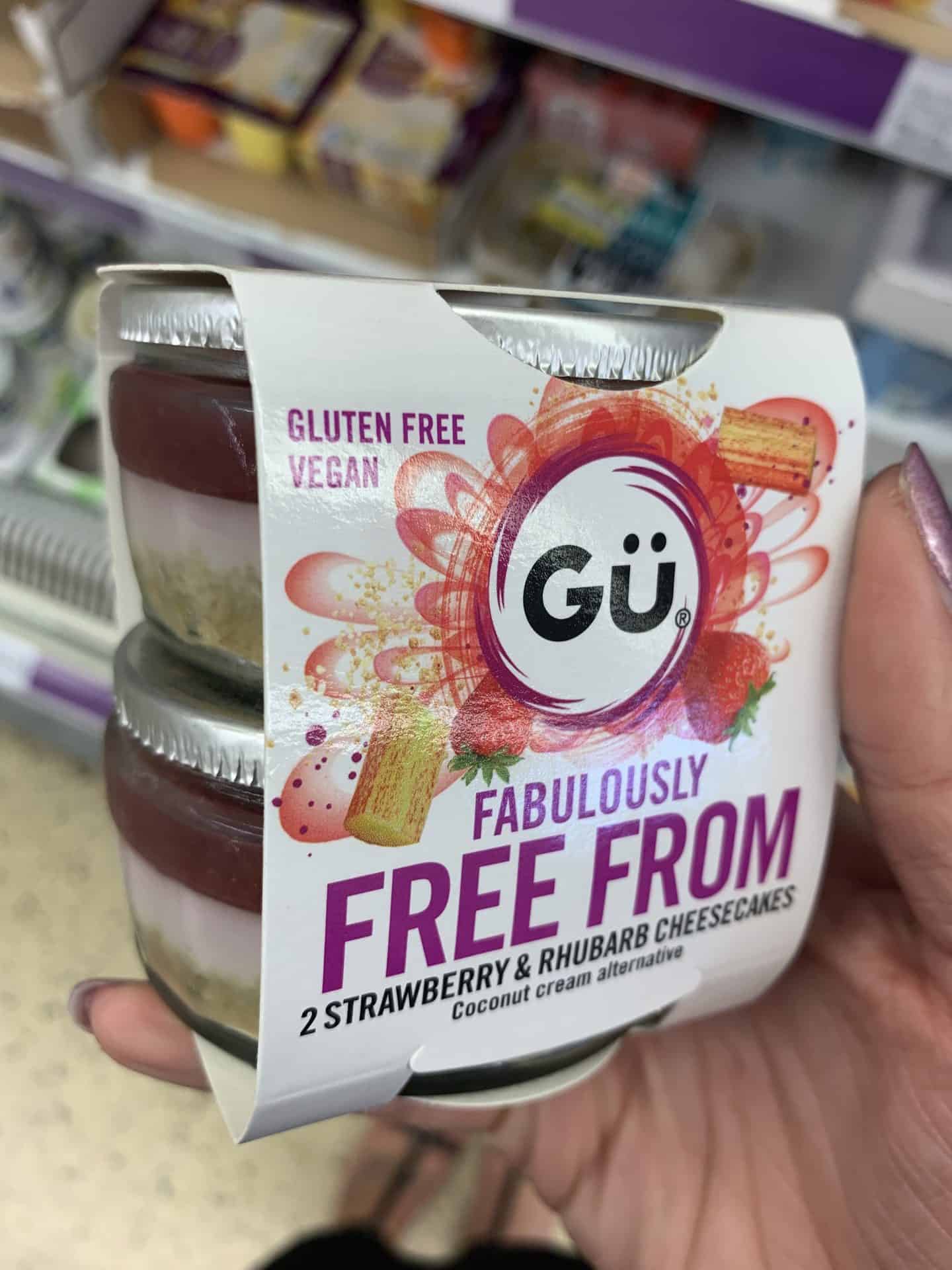 Vegan products have definitely been on the up in 2019 and it was nice to see some new launches which combined the two, like these gluten free and vegan cheesecakes from Gü. They taste delicious and I personally wouldn't have known they were dairy free. 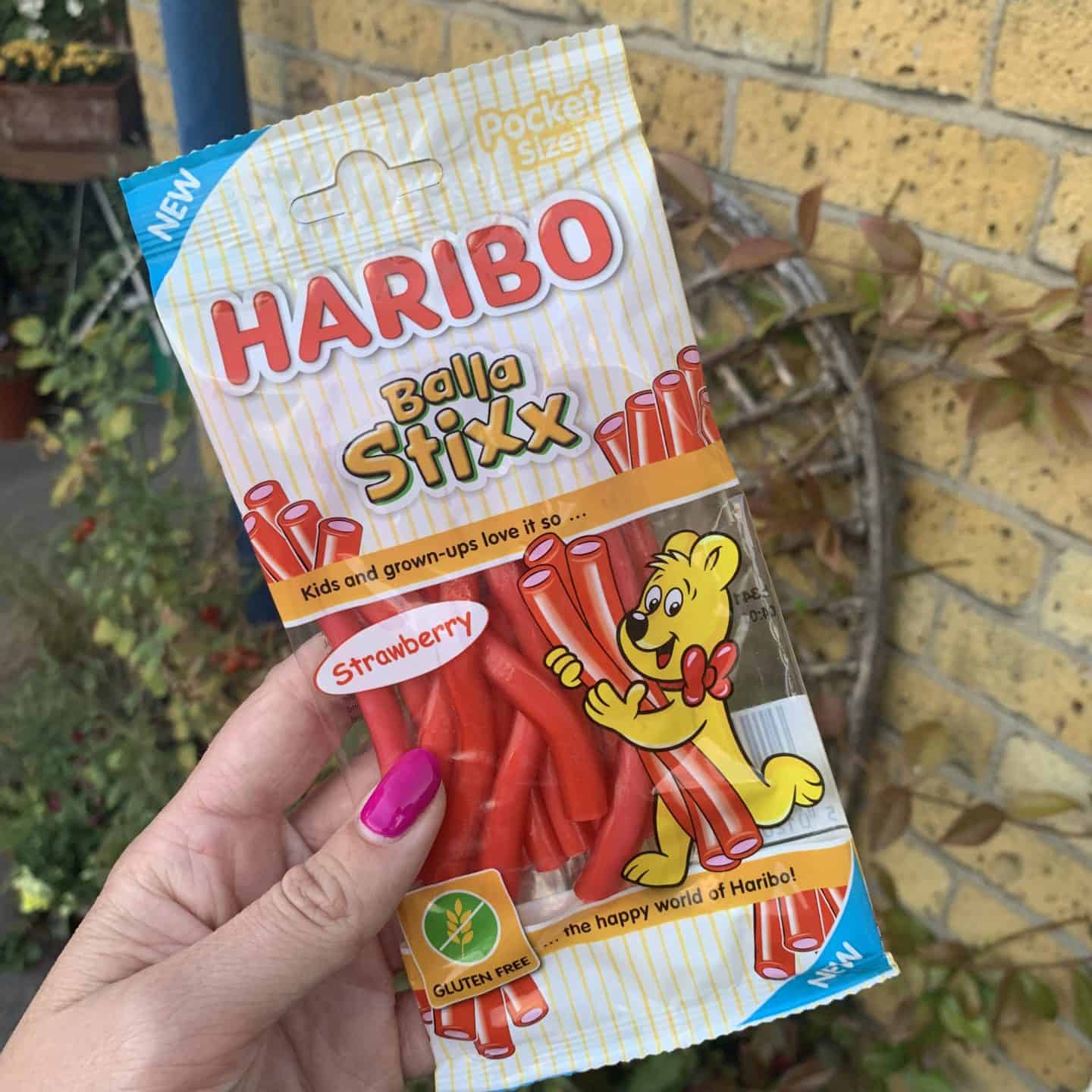 A lot of people miss these little straws so the launch of these gluten free Balla Stixx into Co-Op stores was very exciting this year. It will be interesting to see if their range expands in 2020. 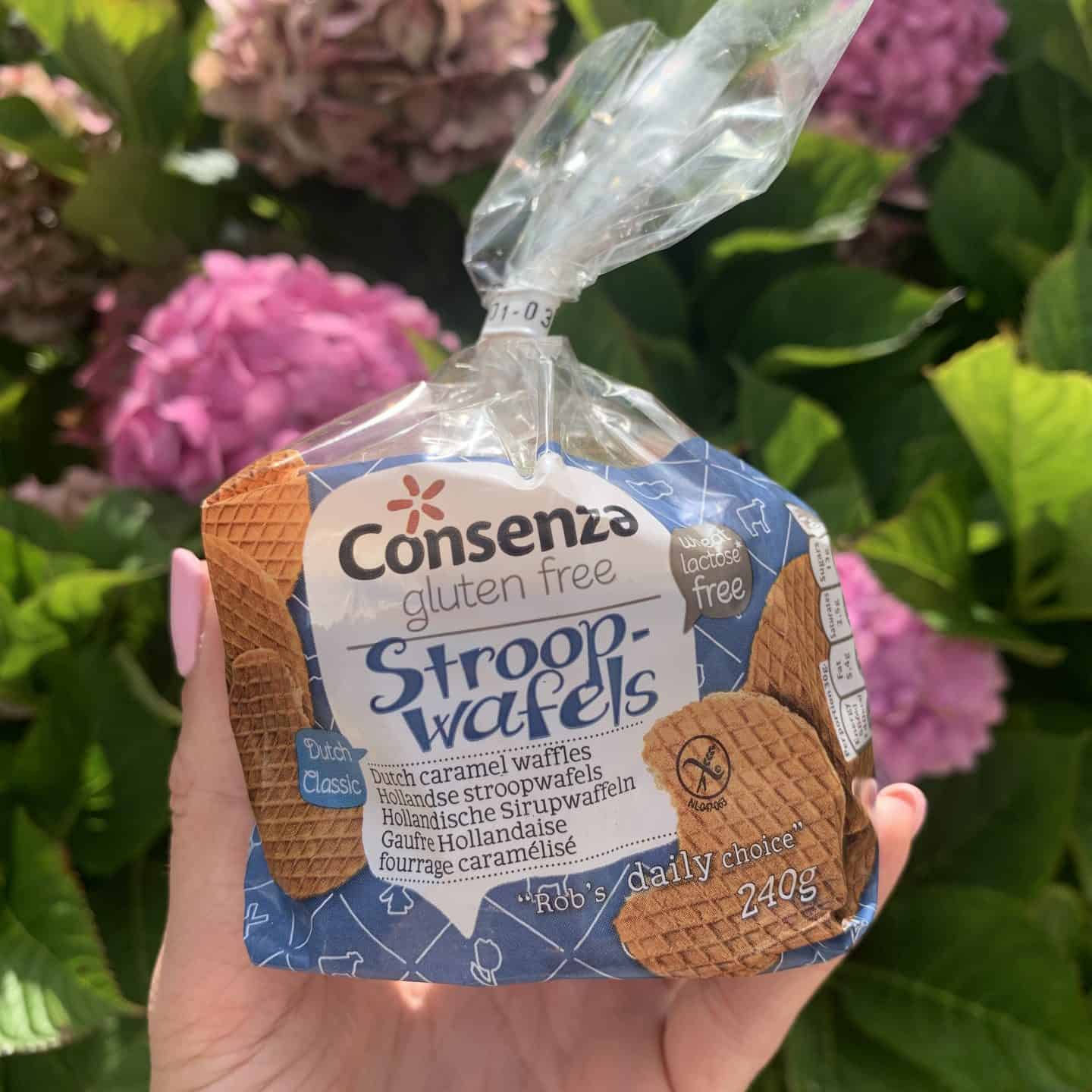 Well, this was a very exciting launch, wasn't it? I loved being able to finally try gluten free stroopwafels and personally think they were worth the hype. They launched into Sainsbury's and are bloody lovely with a cuppa. 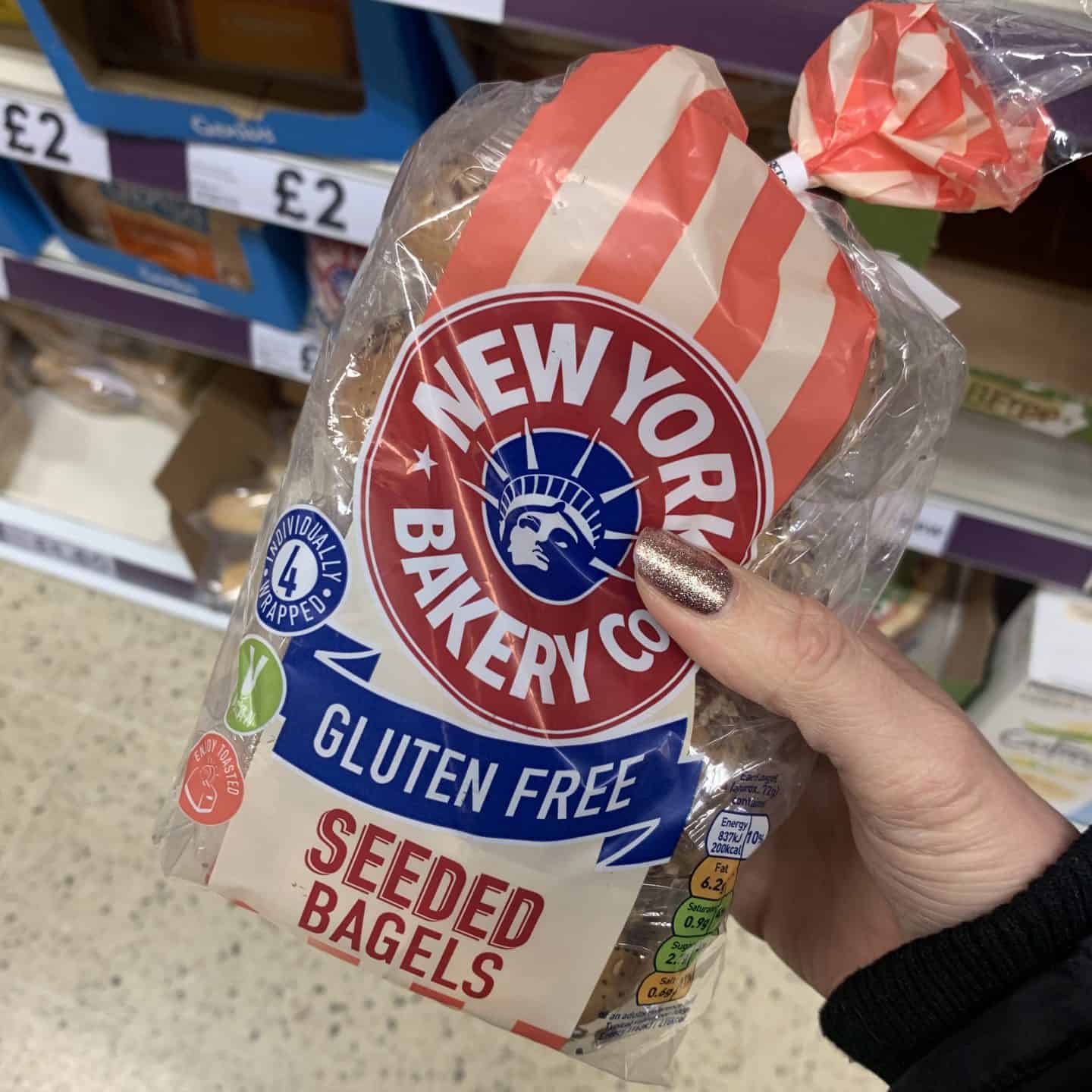 I was excited to see a mainstream brand producing a gluten free version - and New York Bakery Co brought out both a plain and seeded gluten free bagel this year. They are very nice, but I do prefer the new Schär gluten free bagels which launched around the same time. 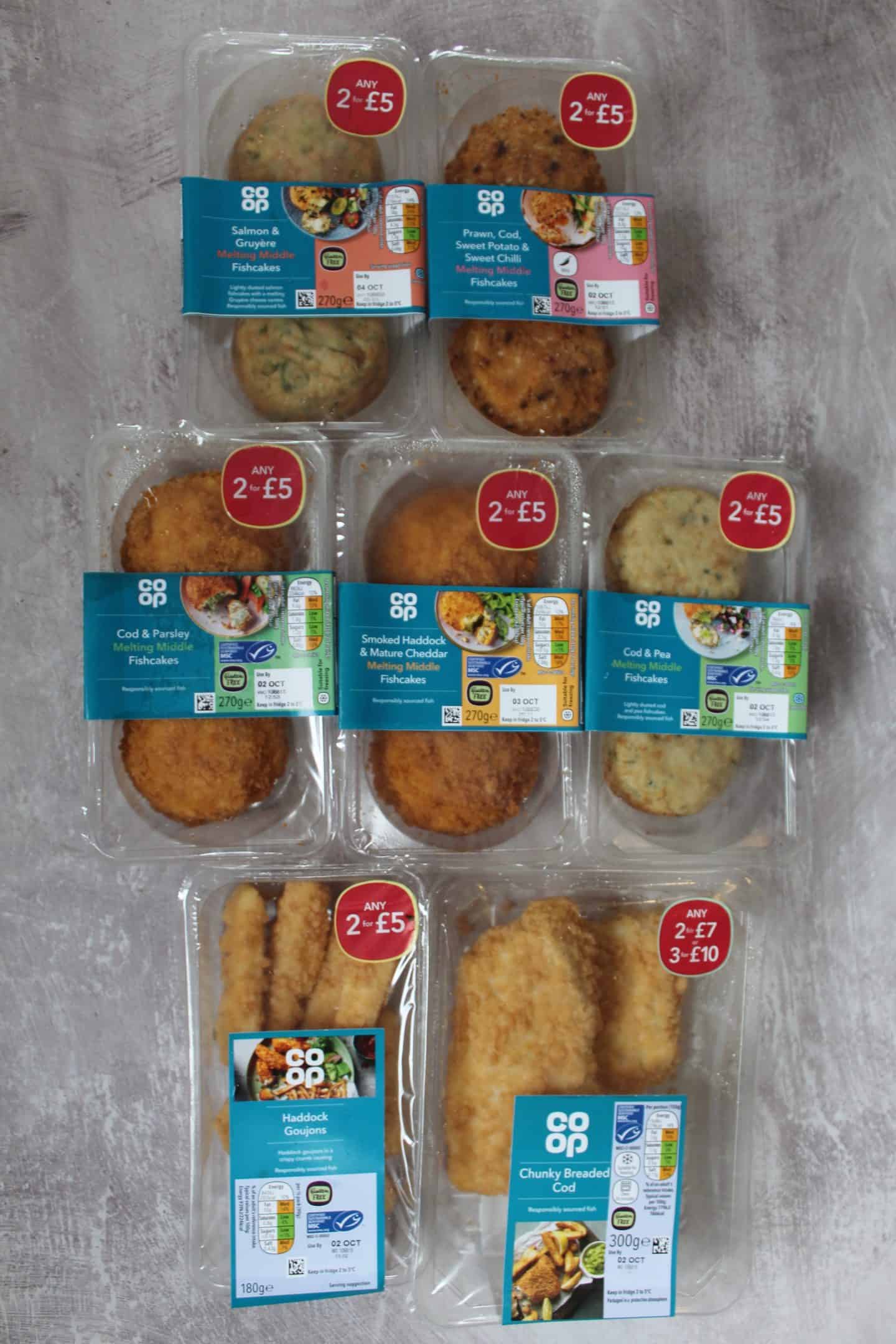 It was very exciting when Co-Op launched its whole new selection of chilled fish products which are all gluten free! I love it when brands just make their standard range gluten free instead of a specific free from product. It's so much easier. 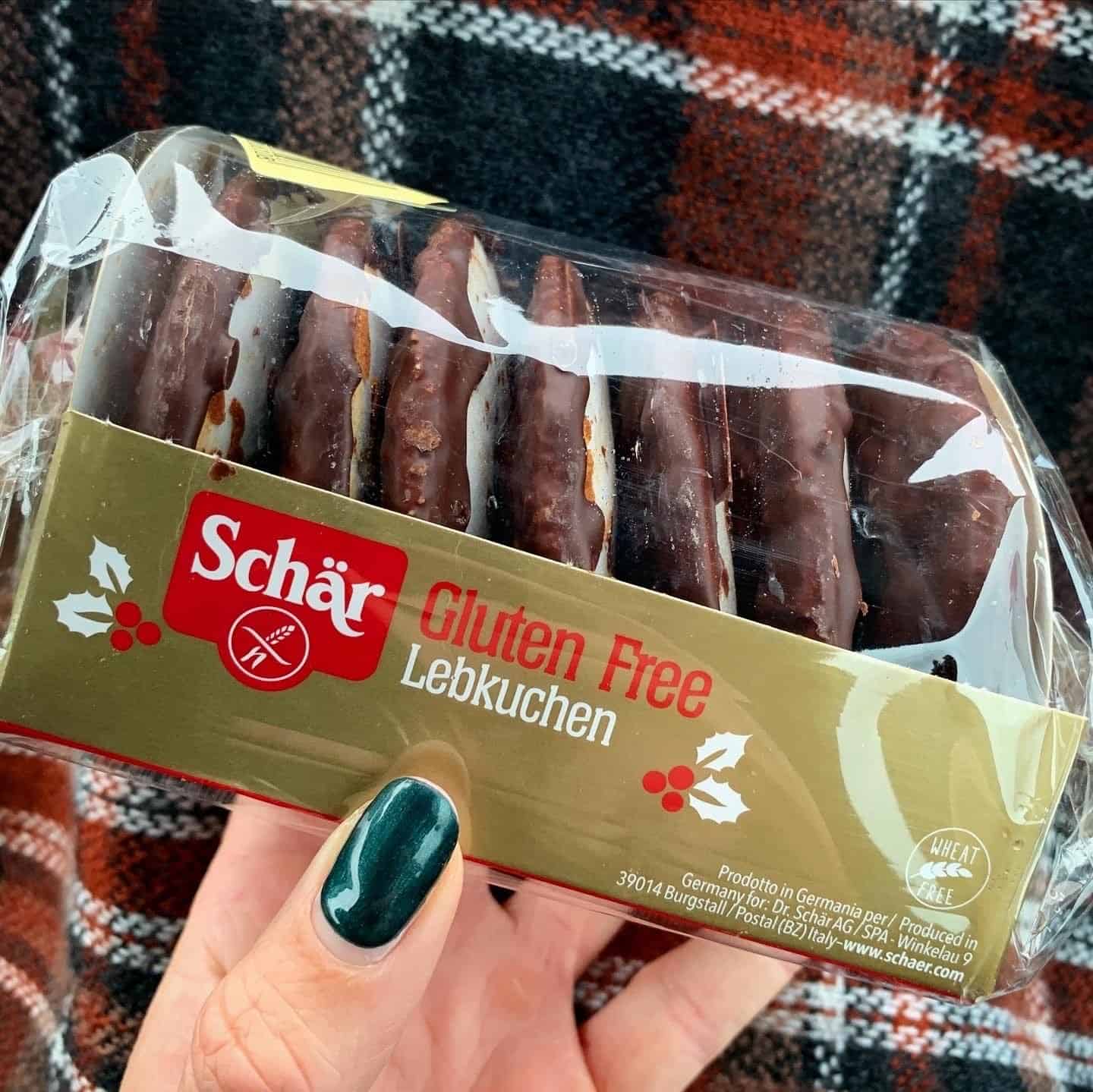 I really do wish it could be Christmas EVERY day, because I think the launch of Schär's gluten free lebkuchen might be THE launch of 2019 for me. It's something I've missed for 18 years and I'm so happy to be able to eat them again! I absolutely will be clearing the shelves of Asda for these before they vanish.

And it wouldn't be an end of year round-up without a nod to some of the gluten free faux pas of 2019. There have been a few, and they've been pretty amusing, in a 'grit your teeth and laugh so you don't cry' kind of way. I think my top four gluten free fails of 2019 would go to... 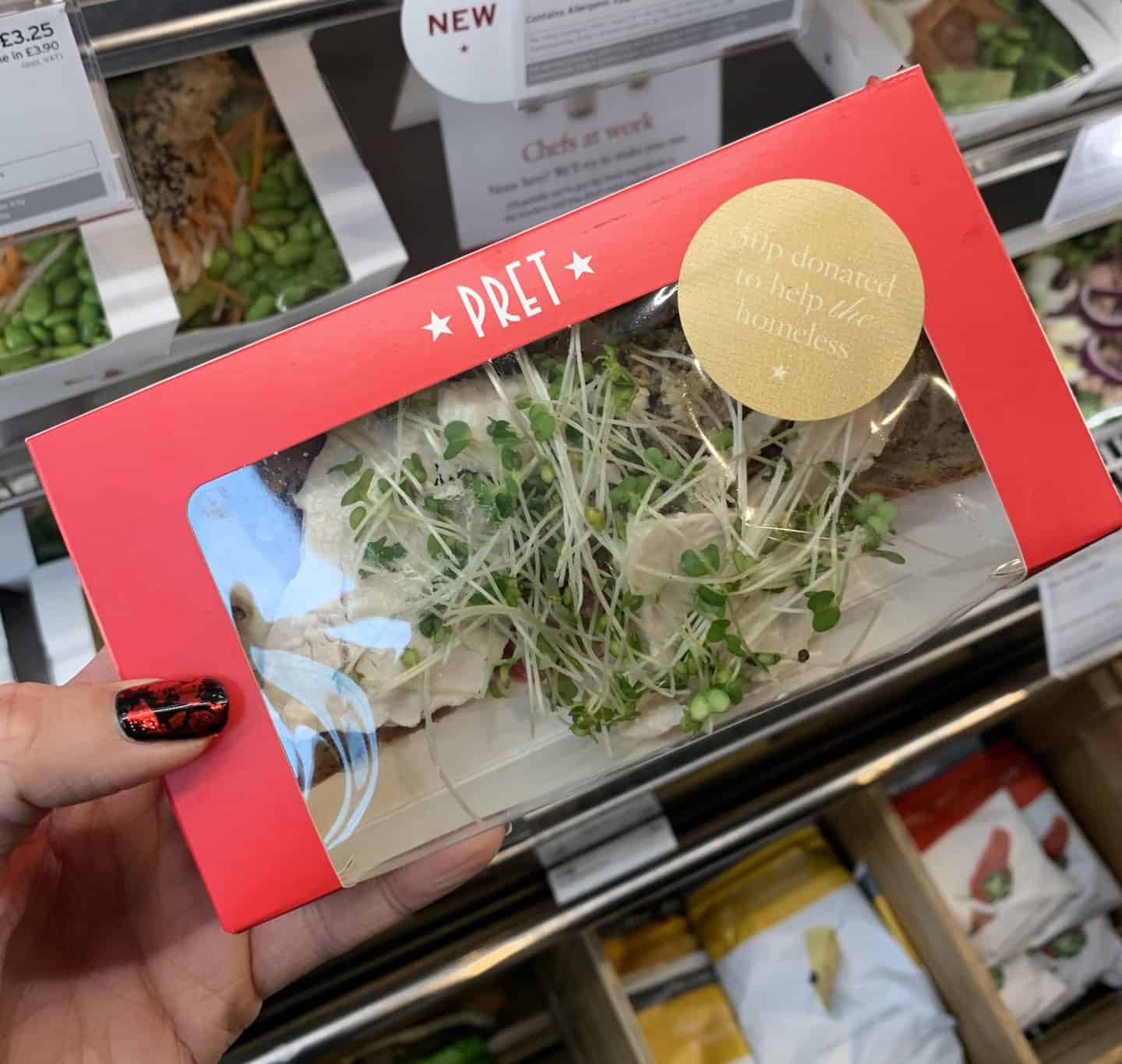 Firstly, it is a slice of gluten free bread with a topping. Secondly, it's marketed as gluten free yet is not suitable for coeliacs due to cross contamination risks. All-in-all, a pretty poor effort in my opinion. My friend Laura wrote a very interesting blog post which explains it all in more detail, worth a read here. 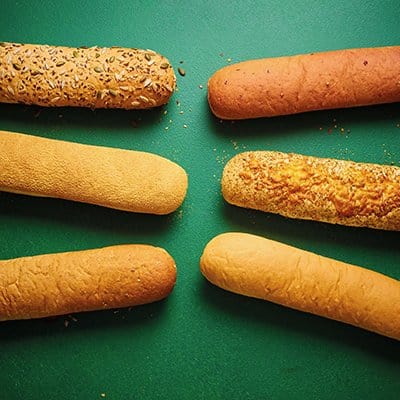 In a very similar story, Subway launched its gluten free bread this year. Great news if you're gluten intolerant or avoiding gluten through choice. Might as well give up and go home if you're coeliac. I kind of think if a job's worth doing, it's worth doing well. However there's so much cross contamination risk in Subway I wouldn't ever take a chance. 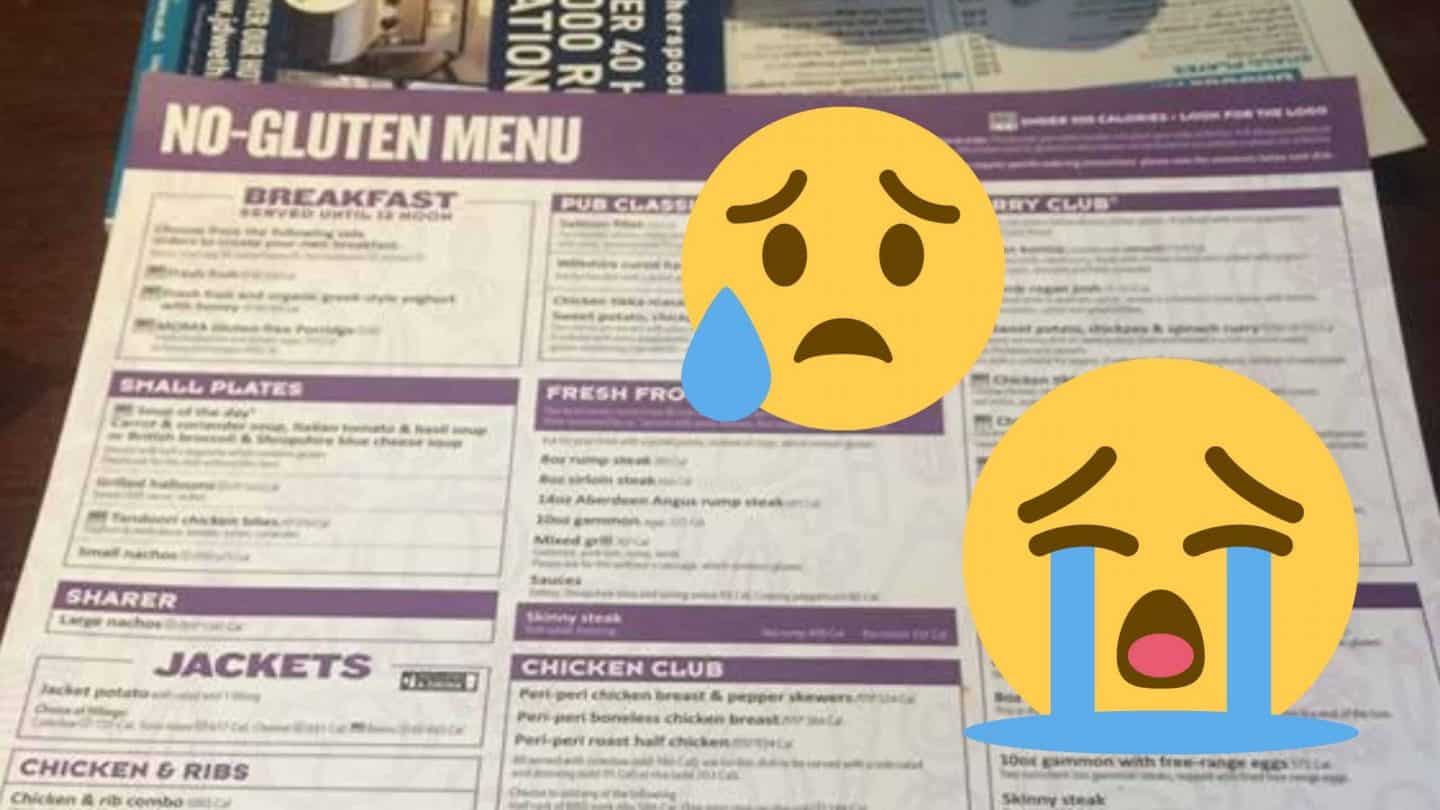 First Wetherspoon listed items on their gluten free menu which were fried in the same oil and told people 'the high temperatures kill of the gluten' (THIS IS NOT A THING). Then their gluten free menu vanished altogether and was replaced by a dreaded blue allergy folder. I guess we should commend them for removing the menu due to cross contamination risks but it just seemed like a major step backwards.

THAT episode of The Apprentice

Anyone else just laugh at the all-too-familiar scene on The Apprentice when the poor coeliac lady in the catering task was offered a fruit salad main course for a £200-a-head corporate meal? It just highlights how inept some people really are at catering for allergies.

What have been your best and worst moments of 2019 for gluten free food? I'd love to know - share them in the comments below! You might also like to read...