There are two types of amazing restaurants which cater for a gluten free diet – the type which mark everything on the menu as clearly gluten free as possible, and the ones which surprise you by saying: “We’ve got some gluten free bread if you’d like some…?” while you’re pondering over how to eat garlic mushrooms without anything to mop up the sauce. The latter was the pleasant surprise which greeted me at 62 The Bank in Barnstaple, North Devon, on Saturday, and nearly landed the waitress with an unexpected hug.

It was PT Steve’s birthday and only the finest steak would do – so we headed to 62 The Bank (getting caught in the middle of Barnstaple Carnival along the way and ending up horrendously late) where all of his friends surprised him with party poppers and balloons. This was a good start.

I had originally gone with the intention of having steak – it’s the best in Barnstaple that I’ve tried – but when looking at the menu I got all in a piggle. I just wanted to eat everything. This Barnstaple restaurant doesn’t mark which options are gluten free on their menu (only vegetarian meals) so I asked the waitress, who told me she would check with the chef. 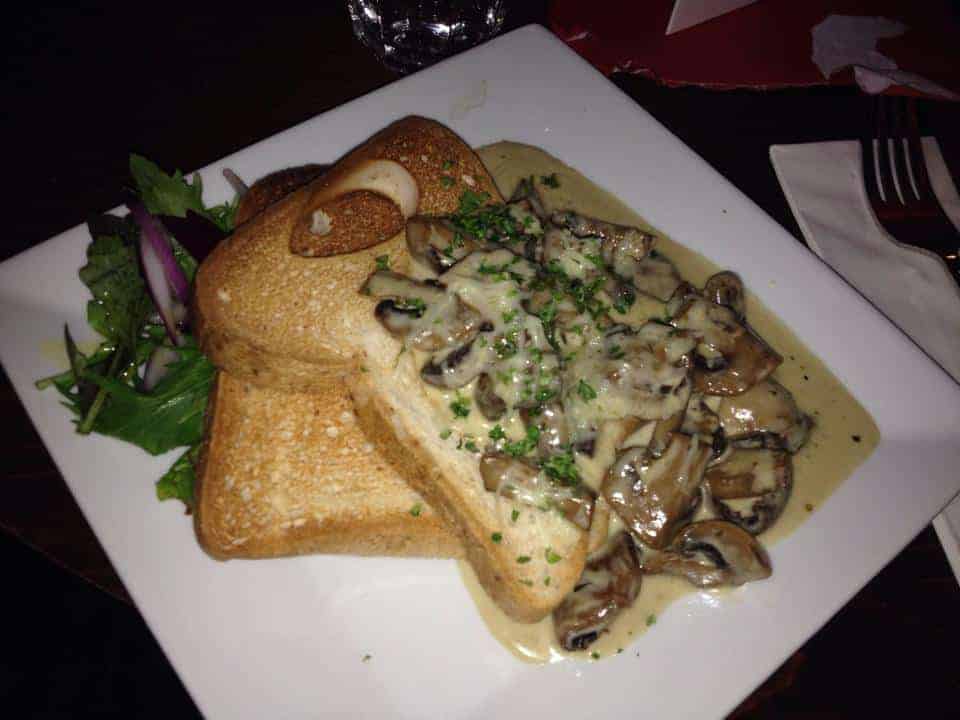 I was pleased with the response – she was able to tell me not only what I could and couldn’t eat, but why I couldn’t eat it, making me feel like they had a really good idea of what actually goes into their food. It is, unfortunately, all too common I find that chefs give you a blank stare when you ask about gluten. I chose the garlic mushrooms and asked for the bread to come out on a separate plate so that Steve could eat it. To my delight, she re-emerged from the kitchen saying: “We have gluten free bread, if you would like that?” Sold.

It was a promising start, and it only got better. The mushrooms were absolutely divine, creamy with a hint of grated parmesan, a garlicy punch and two slices of butter, toasted gluten free bread to mop up the sauce. It was the first bread I’d had for months and oh so worth breaking the diet for!

Considering they had several big tables in, the wait between courses was short and the mains were soon being served up. I ordered the 24 hour pork pressed belly with sweet potato mash and roasted vegetables – a fairly angelic choice next to the piles of steak, ribs, chips and onion rings on either side of me! I was pleased to see they had brought out some sauce for me, which they told me was gluten free and ‘there if I wanted it’ – a nice touch I thought! 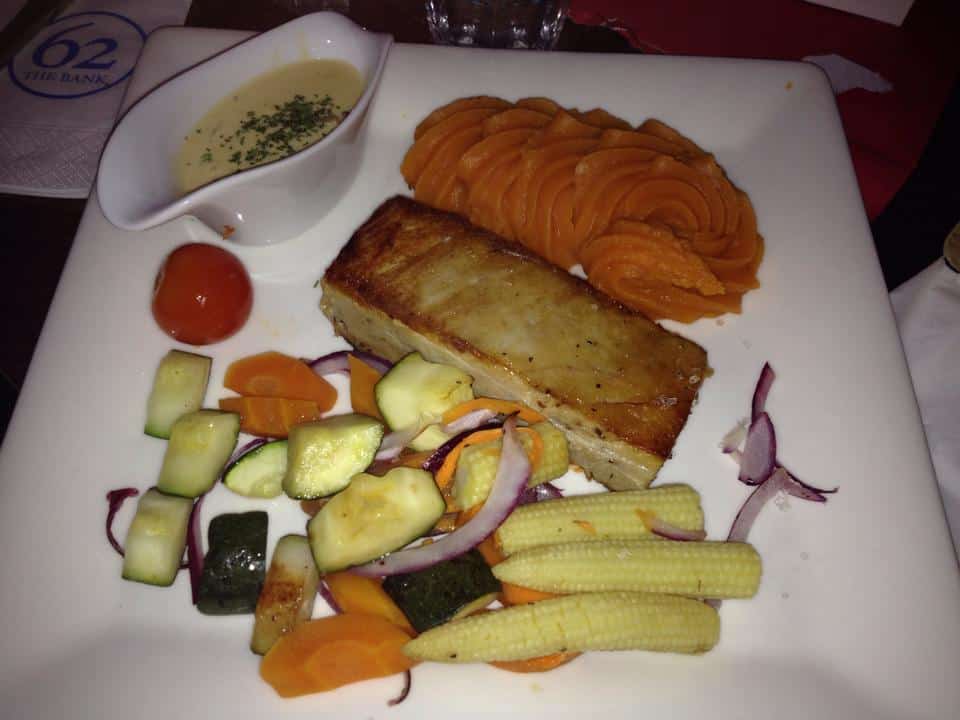 The belly pork was just incredible!

Oh my, the pork was such an amazing choice. So succulent, it just flaked away on my fork and melted in my mouth. The veg was delicious with a crunch of sprinkled sea salt, and the rich and sweet mash set the whole meal off perfectly. I tried to eat it as slowly as possible and savour every mouthful, it was just perfectly cooked and seasoned; I couldn’t fault it in the slightest. Everyone else was chuffed to bits with their food too – a table of nine of us and not one single complaint!

Finally it was time for dessert, and there is one dessert the Bank just triumphs on: it’s Eton Mess. Huge chunks of meringue and sweet strawberries nestled in swathes of cream. Half the table ordered one and it was divine! Other gluten free options included the citrus brulee (minus biscuits), cheese board (also minus biscuits) and sorbets and ice creams. Not the best gluten free line-up I’ve seen, but who cares when there’s a monster Eton Mess in front of you!? 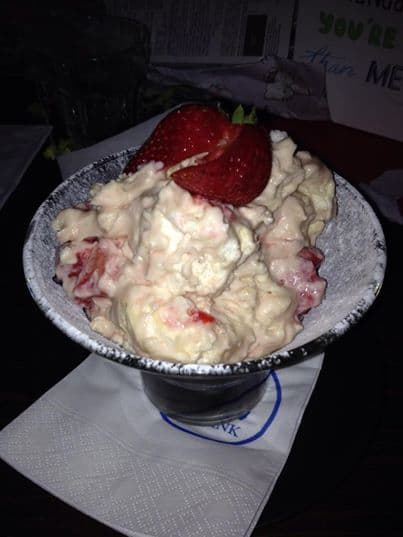 This meal at 62 The Bank was just fantastic. It’s Tuesday and I am still going on about it. Just really well cooked, beautiful food, generous portions and a lovely atmosphere – oh, and don’t forget to look up and the beautiful ceilings too!

62 The Bank is based in Boutport Street, Barnstaple, North Devon and you can view their menu online here.