One thing I noticed when frantically googling in a pre-op panic was there didn't seem to be much information on people's personal experience with having a thryoidectomy.

I don't know if I was just looking in the wrong places, but for those of you who are facing a similar situation to me, I wanted to provide an insight into my surgery and my personal experience of having a thryoidectomy (thyroid removal).

I'm sorry for those of you who think it's slightly irrelevant and a deviation from the coeliac theme of this blog but hey, variety is the spice of life!

After suffering years of an over-active thyroid, which can be linked to coeliac disease, I finally had my thyroid removed on 14th December.

Because I had a bit of a goiter (lump) where my thyroid was - a big part of the reason I was having it removed  - the incision ended up being relatively low down on my neck - nearer my collar bone.

The transformation has been amazing - I may have a scar (which is healing remarkably well) but for once I feel like my neck is normal and there's no lump!

I stayed in hospital for four days, had half of my staples removed the day after my op and had the other half removed a few days later along with my drain.

For those of you that are curious (as I was) having staples removed sounds far worse than it actually is - I couldn't even feel half of them coming out and the relief I felt afterwards made it worth it!

The drain however, was slightly less pleasant and having that removed was probably the worst part of my experience! 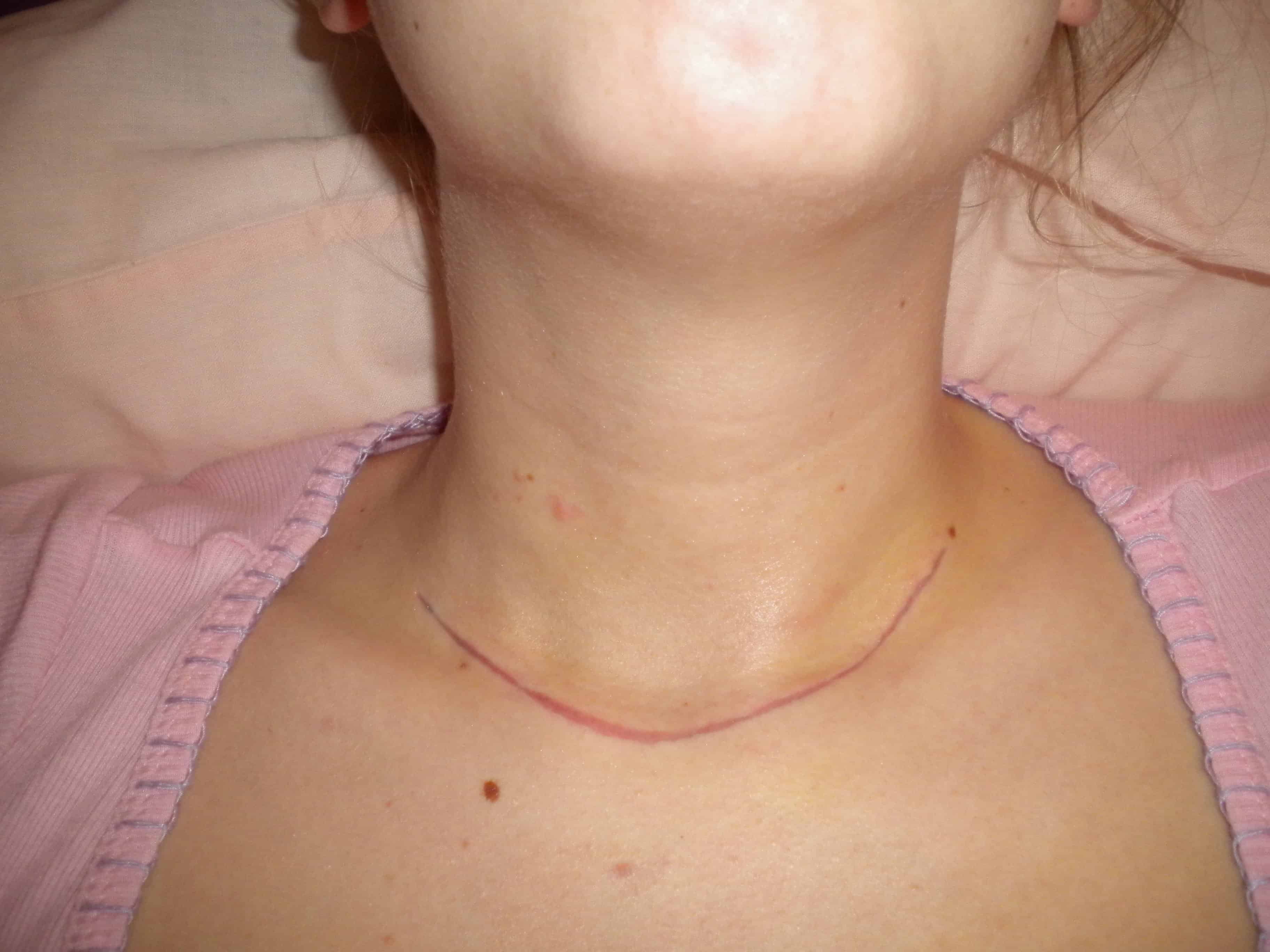 Three weeks after surgery, my scar is looking a lot healthier!

Now, three weeks later, my scar has improved a lot - I still have some numbness around that area and it's still a bit sore but I figure that's only to be expected after having major surgery!

Bio-Oil has also been my saviour - I would DEFINITELY reccommend this to anyone as it has stopped my scar itching or hurting as much and it is healing up so well already, I can't believe it.

It took about two weeks for me to be able to drive and move my head properly again. Now I still have a little trouble moving my head enough to reverse and if I'm around a lot of people I can get a bit of an achey neck but I've found moving it has helped a lot with feeling better.

So there you have it - it's not the most comprehensive view on my surgery (I didn't want to bore/scare you all!) but I am feeling so much better for it and now I only have my coeliacs to think about!

If anyone has any questions or wants to share their experiences of thyroid surgery, comment below or email me on: glutenfreeblogger@hotmail.co.uk.