If you're looking for a Halloween recipe which is easy, fun, and looks great, then you NEED to make these gluten free Halloween cupcakes. Or should I say, gluten free monster cupcakes! Cute (and slightly spooky) these are the perfect DIY Halloween party food which are as much fun to make as they are to eat!

With a weekend of work looming and Halloween not long after, I won't lie when I say this Halloween recipe was a bit of an afterthought! However, after seeing the cute Halloween cupcakes Tesco launched, I thought why not make my own!? It's cheaper, more fun, and you can adapt the recipe to make it free from anything as well as gluten. So I had a go at making some gluten free monster cupcakes, and they turned out pretty good! 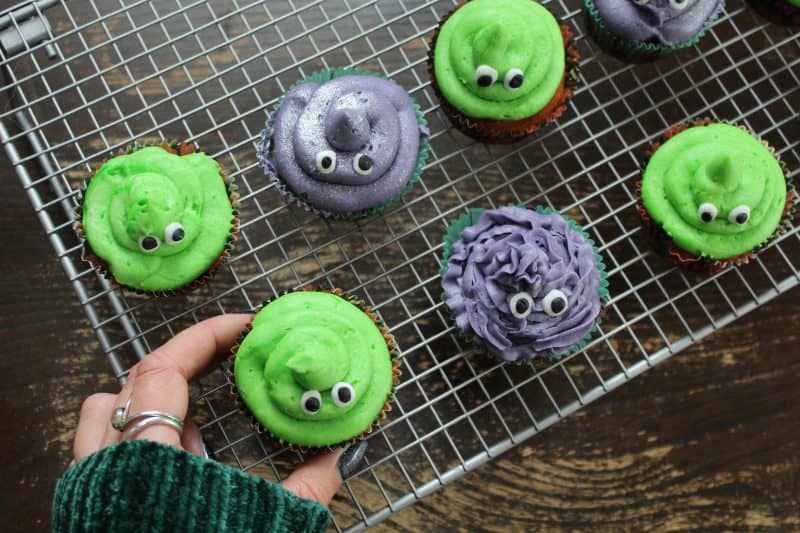 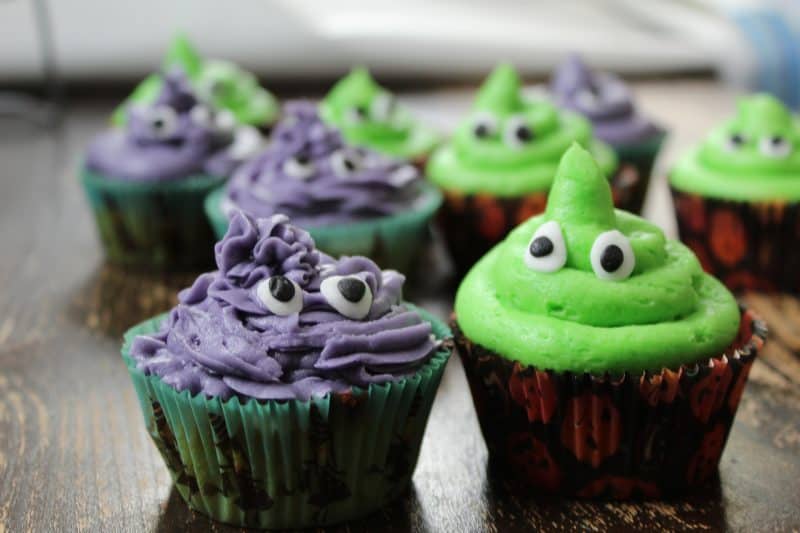 This was actually my first proper attempt at piping. Actually, let me rephrase that: this was my first proper attempt at piping that kind of worked. I've always fallen out with buttercream, and never been able to nail the right consistency. I'm please to say this buttercream tasted amazing, and piped like a dream. I made mine lemon flavour but really, you could adapt this to any flavour!

I did consider piping on the eyes as well, but in the ended I opted for ready-roll icing because it seemed like a quicker and easier option. You could probably go crazy and add all sorts of facial features, but I thought the little eyes looked really cute so I left it at that! I also added a little bit of edible glitter to the purple monster cupcakes - because who doesn't love a bit of glitter!? 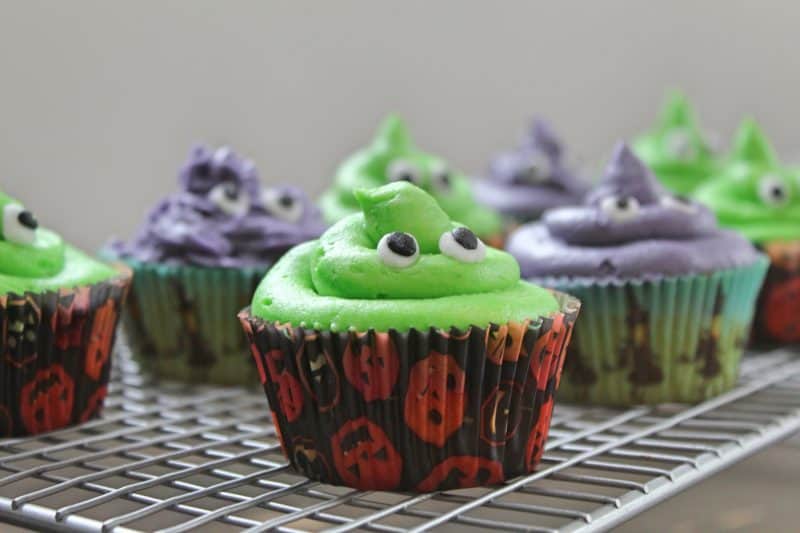 I honestly think this would be the best gluten free Halloween recipe to make with kids! The monsters are fun and friendly rather than gruesome and scary. And when my best friend's two-year-old saw the cakes she shouted 'monster!' - so I obviously got them right! They didn't last very long with the big kids I fed them to either. I think they were a massive hit with both young and old!

These gluten free Halloween cupcakes are super easy to make, but if you wanted to try something a bit more technical for a spooky party centrepiece, you could always give my spiderweb pumpkin spice swiss roll recipe a go! It's light and fluffy but looks so impressive - check out the recipe here. 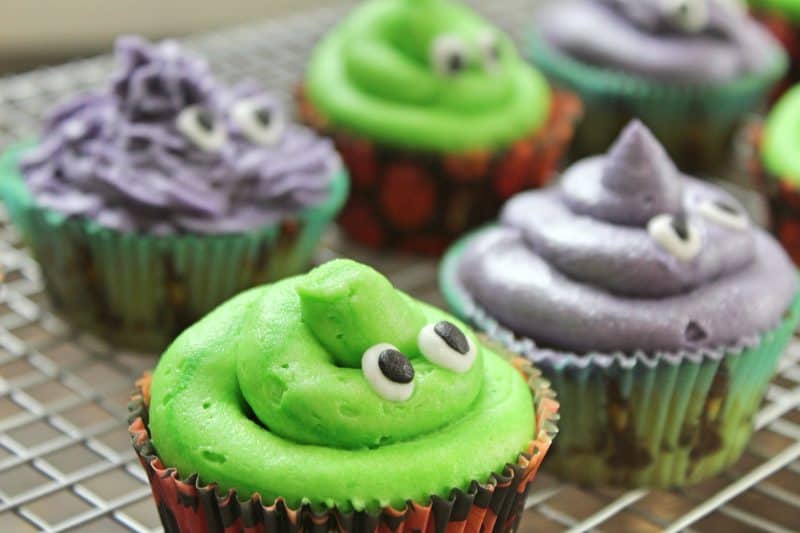 Before you get started, you'll need some piping bags and a set of nozzles. For the 'squiggly' monsters I used a 'closed star' nozzle, which is the kind you usually use for piping on cupcake icing. For the others you'll need a round nozzle - though I just used the coupler because I didn't have a round nozzle big enough! And this seemed to work perfectly well! Go freestyle and see what spooky monster creations you can come up with. If you don't have any icing bags or nozzles, you can pick some up fairly easily on Amazon*, which is where I got mine!

This recipe is for lemon cupcakes, but you could flavour them anyway you like! Substitute the lemon for vanilla extract, or try using some cocoa powder for a chocolate version. Go crazy and experiment!

Still need some spooky Halloween recipe inspiration? Why not try my...