I have to apologise, I honestly thought I had written a review of the new gluten free crumble in Wetherspoons - turns out I typed out the title, and then forgot about it!

So, to recap on what I meant to say several months ago - most of you will probably now know that Wetherspoons have put a lot of effort into their gluten free menu. 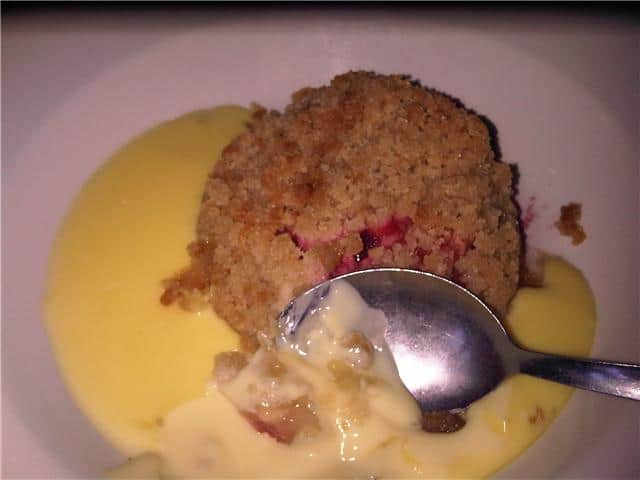 With custard or ice-cream, it's still gluten free!!

First they labelled all the foods, with extra advice such as gluten-free people asking for extra poppadoms instead of naan bread with curries, which was the step in the EXTREMELY right direction!

And then one day I was leafing through the new menu whilst having a drink, and to my shock and wonder the crumble is now gluten free!!

Bramley apple, pear and raspberry - a delicious combination - is now available in crumble form to the greatful Coeliac population. 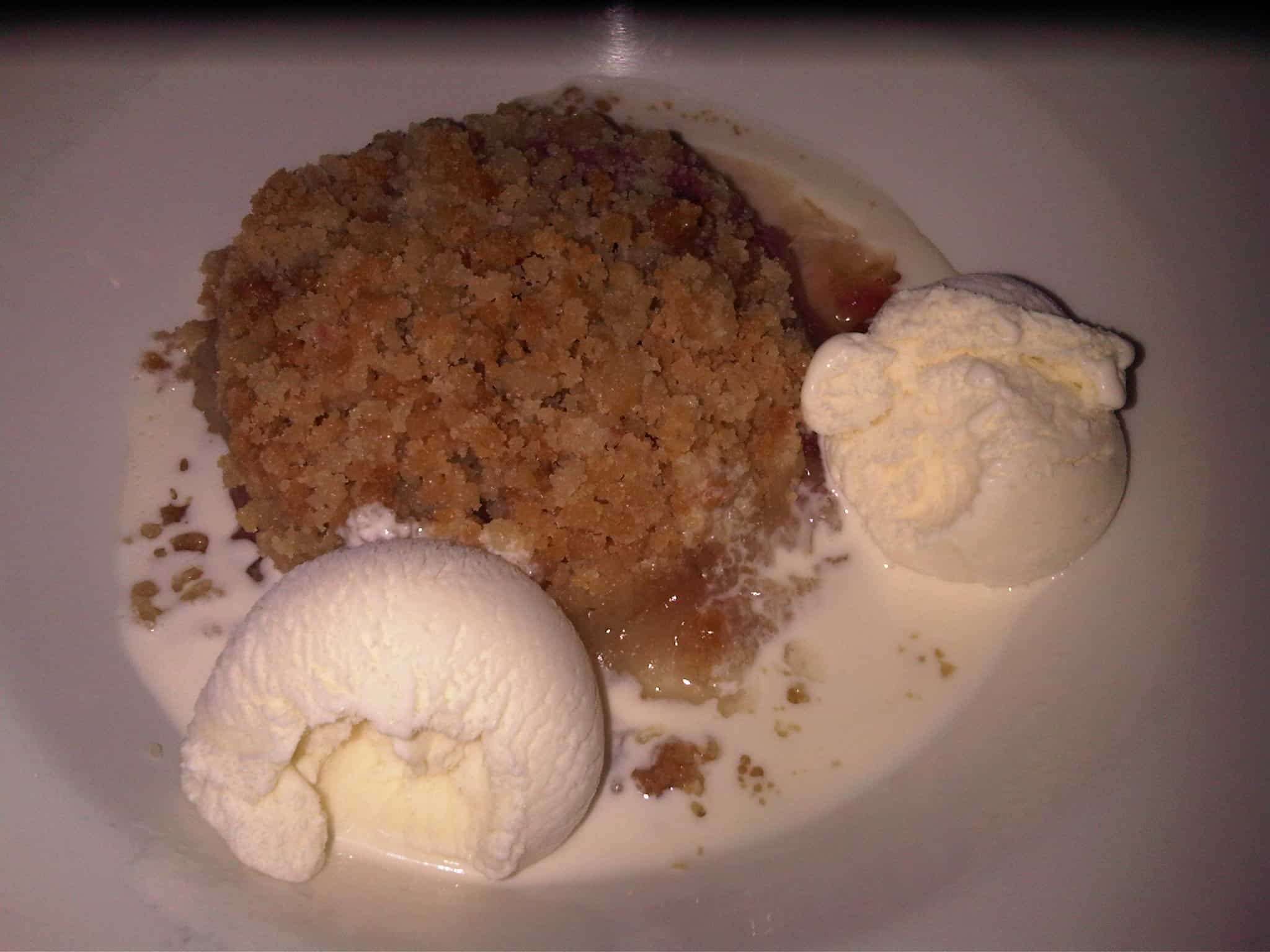 Ice cream and hot crumble, ooo my mouth is watering just thinking about it!

Of course, I didn't hestitate to order it straight away, despite having had no intention to eat whatsoever!

What impressed me the most about this is that the crumble is completely gluten free. There's no separate option - it is the only crumble option available!

I do think crumbles are one of those few things which are actually even better gluten free, and I think Wetherspoons knew this too!

The portion was plentiful - with a generous helping of either warm custard or ice-cream.

The crumble was a great texture - not too crunchy but not soggy. It had a really biscuity taste and was definitely a great gluten free alternative!

The fruit was rich, warm and a great combination of flavours. The tangy raspberries offset the sweet pears and apples perfectly.

Overall, I would definitely reccommend everyone heads out and tries some - and it's cheap too at around £3 per portion. A great step for Wetherspoons, let's hope other companies catch on!!