As if having coeliac disease wasn't bad enough, you have to put up with people saying some pretty stupid things. I get it - the population isn't as clued up on coeliac disease and a gluten free diet as it should be, which is probably why diagnosis rates are still far too low.

But it can get tiring being asked the same old questions and hearing the same blanket statements. Sometimes you wonder, is it just me? Don't worry folks, you're not alone!

I asked members of The Gluten Free Blogger Facebook group to tell me the most annoying things anyone has said to them about being gluten free. I’ve mixed these up with some of my own personal favourites. Get the popcorn out kids, there’s some gooduns in here! How many can you tick off the list?

First there are the stupid questions...

Pointing at every single bit of food you go to eat and saying ‘has that got gluten in it?’

‘Are you sure it’s not all in your mind?’

'Oh you can't eat potatoes can you?'

Then the stupid things said to us by servers

Me: 'Does the (whatever) contain gluten?' Waiter: 'Yes I think so, it’s got butter in.'

Being told there is a vegetarian menu in response to asking a restaurant if they have any gluten free food.

Being served chicken skewers on top of a pitta bread and being told ‘it’s ok, you can leave the bread’.

Ordering gluten free starters in a restaurant - and then being asked if you want a gluten free main too.

Me: ‘Is this dish gluten free?’ Server: "There is no gluten in this. It is gluten free. But if you're really allergic I wouldn't eat it."

'The chips are safe because the high temperature in the fryer will kill the gluten particles.'

'I went on a gluten free diet once... I lost so much weight.'

And of course, the downright 'WTF' moments

‘I spent hours looking for some glucose free biscuits for you, but I couldn’t find any.’

Once I tried to use a language card in a restaurant in Paris to explain I had coeliac disease and they asked if I needed a hospital.

‘What is this gluten free rubbish? Can’t you just take the gluten out?’

And my personal favourite...

‘A little bit won’t hurt you’

I know there are probably a lot more things people have said to you about being gluten free which have made you want to #facepalm to the max! I'd love to know anything I've missed in the comments below - vent your fury! 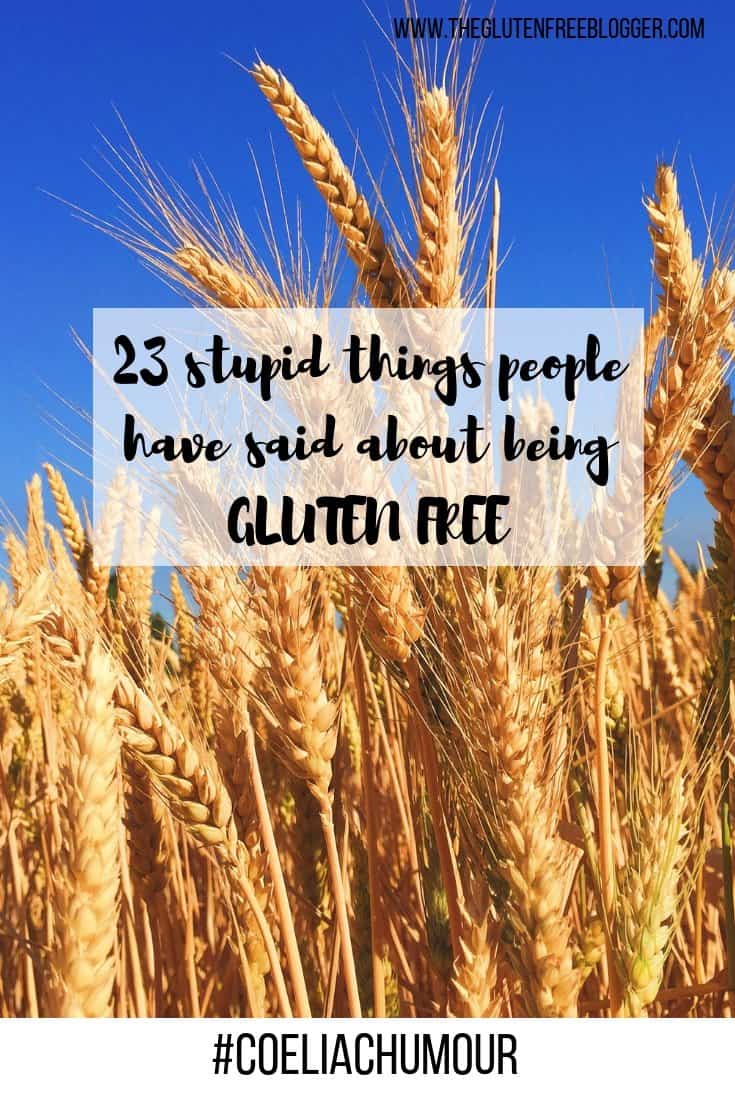